Plants to Tuck In, Well… 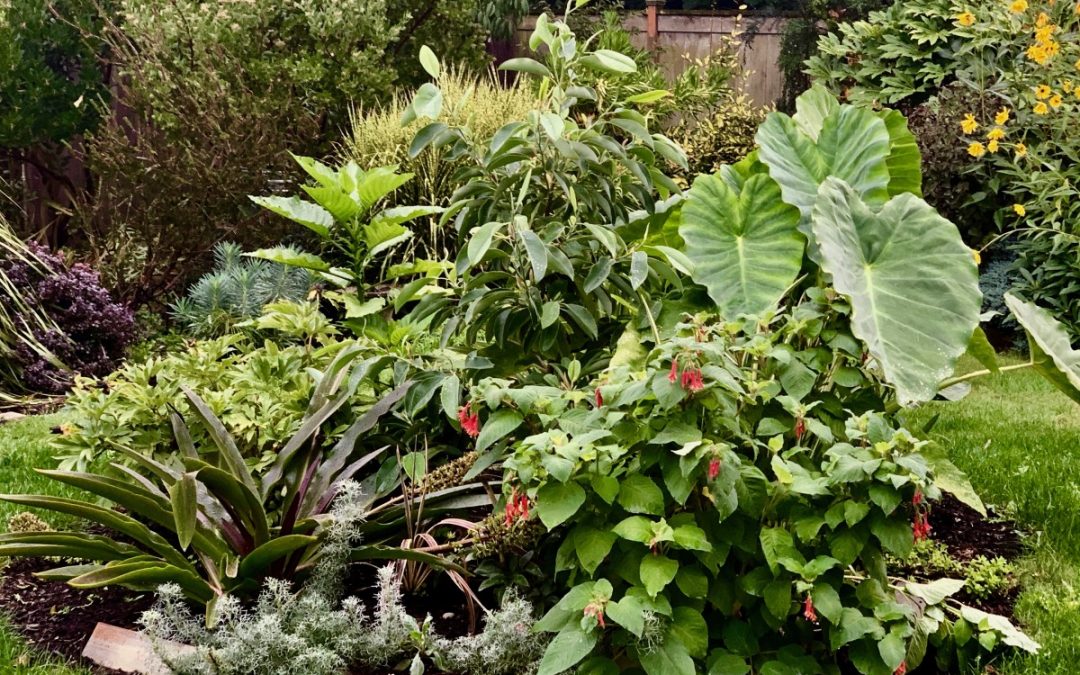 A never fail line my daughter uses on me, “It’s so handy to tuck in.” It doesn’t matter if it’s a tiny Bolax gummifera or a Stewartia chinensis, I fall for it every time. The good news, I’ve never been sorry. Megan is right: so many plants are handy for tucking in.

Artemisia ‘Seafoam’ is a reasonably small tuck-it-in plant. And such groovy texture.

Artemisia gets better and better as it spreads its sea foamy fabulousness.

Some tuck-it-in plants are bigger than others, like Mahonia ‘Soft Caress’. It does tuck, to some extent. And it’s a good mingler.

Seems I’ve tucked in several Mahonias; no doubt, there will be more.

Of course, every manner of fern is perfect for tucking in. I currently have no fewer than three in waiting for their cozy spot. Update, since I began writing this post, six ferns in waiting–or so.

I’d never seen this Mexican Flowering Fern, but looks cool, no? So, of course, I bought it. Gets 2′ X 2′ and enjoys more light than many other ferns. Hmmm, now where shall I tuck that?

So many fabulous grasses for tucking in. I love Japanese Forrest Grass more than I can adequately express. So swoony. Excellent tucker.

And one more favorite. If you’re lucky enough find this Jasmine, snap it up and tuck it in.

Okay. This post is getting away from me. I’ve been working on it for a couple weeks, and my list of plants to tuck in keeps getting longer. It seems to have something to do with purchases wherein I have no idea where I’m going to tuck them. I’d feel terrible about this, if not convinced I am in good company. So how about I wrap up with a few recent purchases. 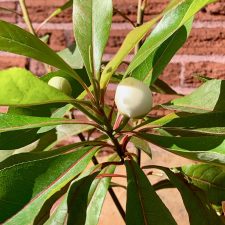 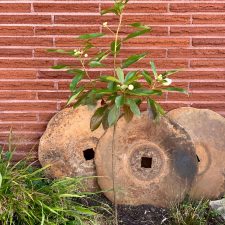 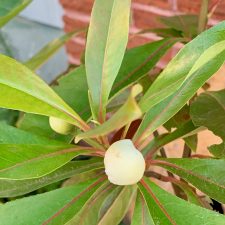 Okay fine. One is planted. But the second one I bought is not exactly. I did put it in a bigger pot. This isn’t really my fault. I bought the second one for daughter. But Megan says they don’t like her soil, and she doesn’t want to chance killing another. Guess I’ll have to find a place to tuck it in.

I bought one Liriope and then went back for two more. I’m them planting them near my olive tree in lieu of the typical lavender. Of course, I do have a lavender in-waiting, but only one. What was I thinking?

See, two more. Such a pretty plant–and not problematic around these parts–or so I’m told.

Well, so much for good intentions. I sincerely planned on featuring a few plants for tucking in. Truth is, at this point in my gardening lust, everything is for tucking in–because of all the other things I’ve already tucked in. That picture up top, with tons of plants tucked in–I meant to reserve that small bed for just the Magnolia maudiae.

Since the Magnolia maudiae aka Smiling Monkey Forest Tree (isn’t that the best name,) I’ve tucked in a mini jungle. Paeonia, Phormium, Eucomis, Brugmansia, Scented Geranium, Colocasia, Flame Canna Lily, Variegated Iris, Oleandar, Alocasia, and a few more I can’t see from this side of the bed.

I hope you can relate–and that you’ll tell us all about plants that you have tucked in, and/or plan to tuck in the very near future. Just like me. Uh huh.