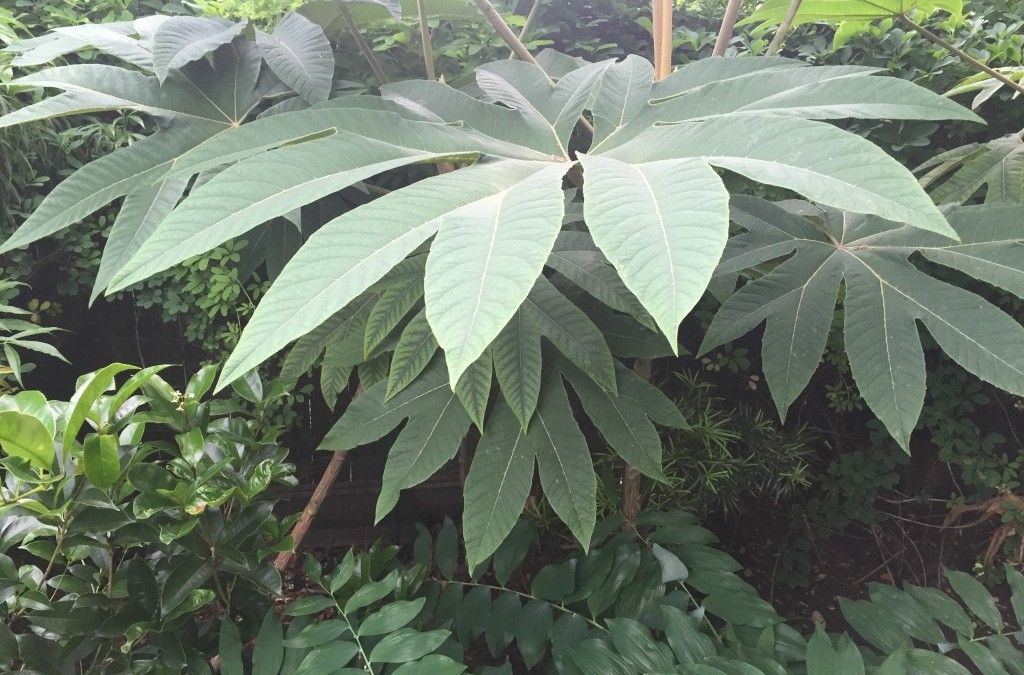 Every garden needs some big-ass leaves. Who couldn’t use a little big-leaf eye candy to kick off the short work week? Tetrapanax ‘Steroidal Giant’ is kicking off the parade up top.

The Plume Poppies are really bringing it this year.

A Rodgersia podophylla at a garden a couple years ago. I’m picturing this one at Gossler Farms, but my memory could be wrong. 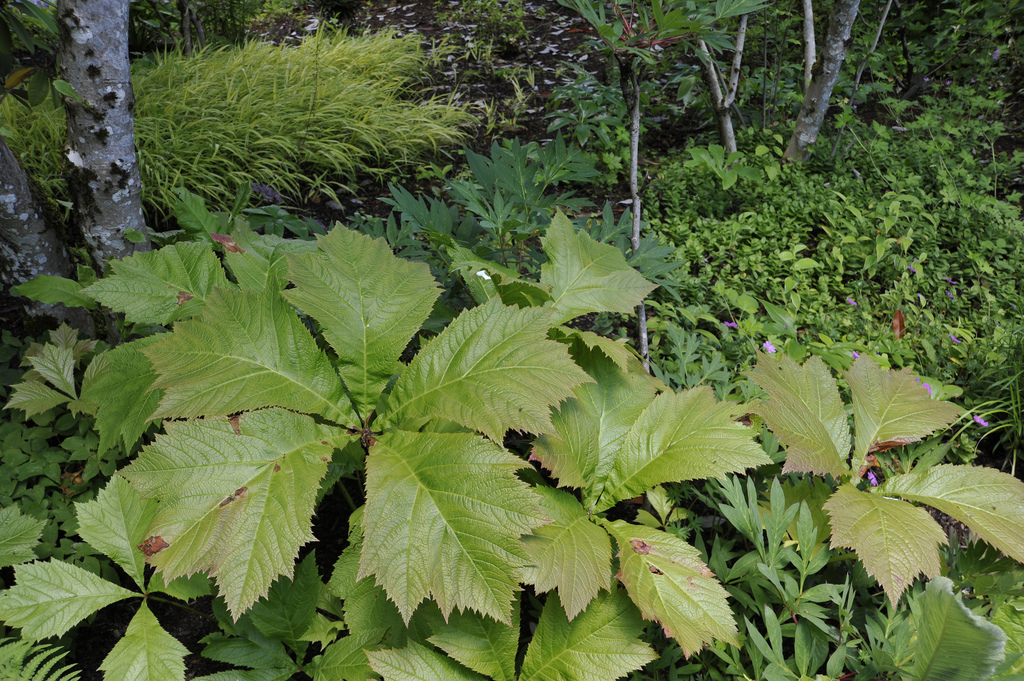 The big leaved rhododendrons tempt and taunt, never making it very long in my garden. This here is Rhododendron praestans, photo by Karl Gercens. 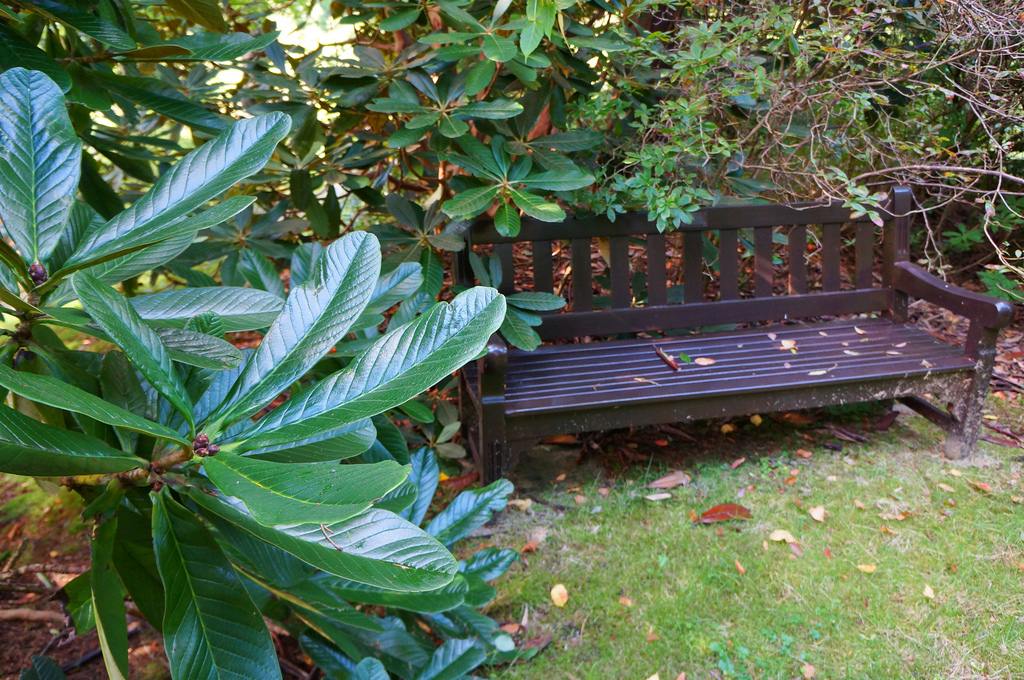 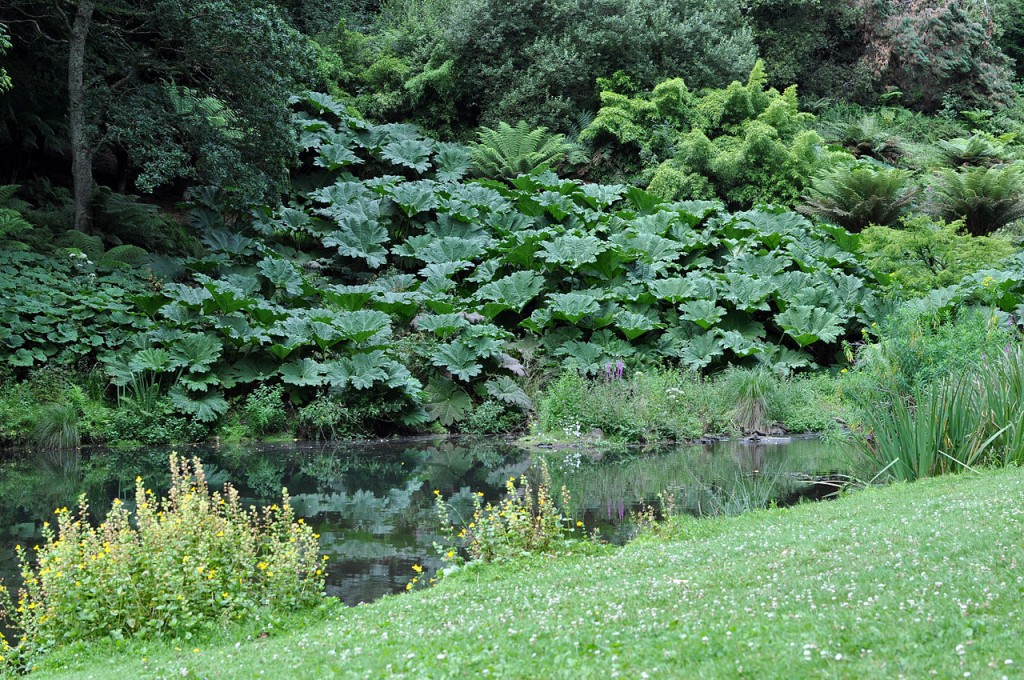 Oh, to have a Colocasia gigantea ‘Thailand Giant Strain’ that got this big. Photo by Karl Gercens.

Or an Alocasia odora. Photo by Brian’s Botanicals.

All the bananas, Musa or Ensete are good for large leaf drama. Me, I mostly stick to hardy varieties rather than subject plants to my lazy over-wintering ways, but even I have managed to keep Ensete ventricosum ‘Maurelii’ alive indoors so I can get a nice tall, fat trunk. Not as big as these, photographed by Karl Gercens, but I swear Lance Wright’s plant in Portland was even bigger than these monsters. 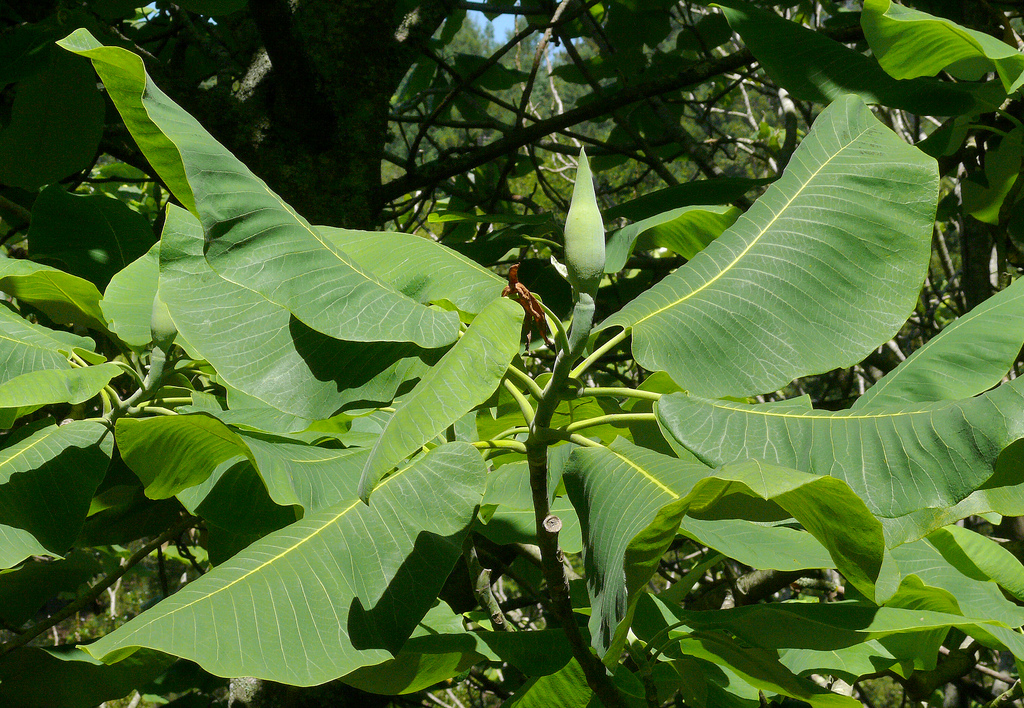 Monstera deliciosa photo by Raul654. So we can’t grow them this big here, but a smaller version as a houseplant isn’t a bad runner up. 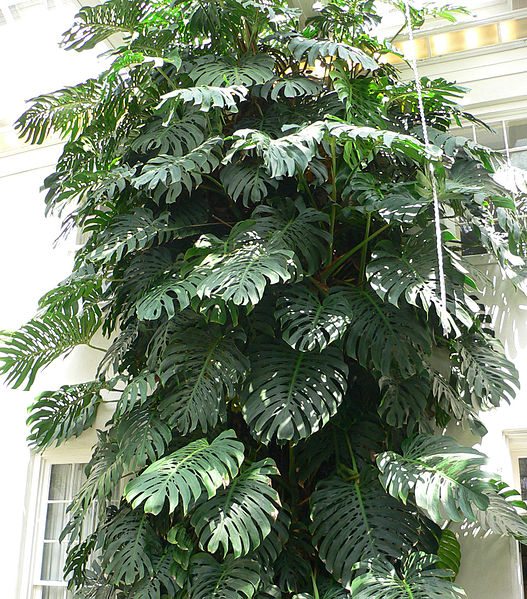 A few more biggos worth a gander.