It’s here, you guys! The plants are coming. Enough with that gardeners’ patience we’re supposed to possess. It’s time for the plants to grow, and it’s happening! It may be a while still until the garden is big and lush and photogenic, but small things are changing daily, and that is enough to keep things exciting.

Syneilesis quite possibly has the best new growth around. Fuzzy aliens. On their way to becoming the most spectacular clump of shredded umbrella leaves ever. It is a happy day when the Syneilesis announce their return. 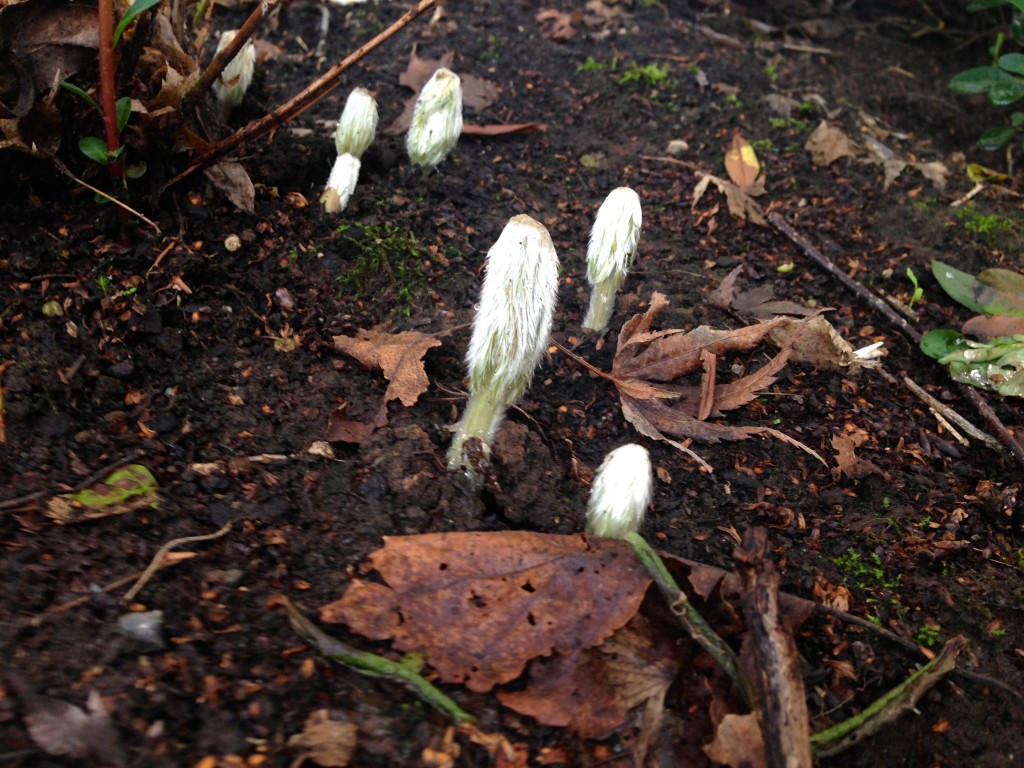 It’s such a pleasant surprise to see that the Impatiens omeiana has politely spread a bit further afield. There could never be too much of such a beautiful velvety carpet. 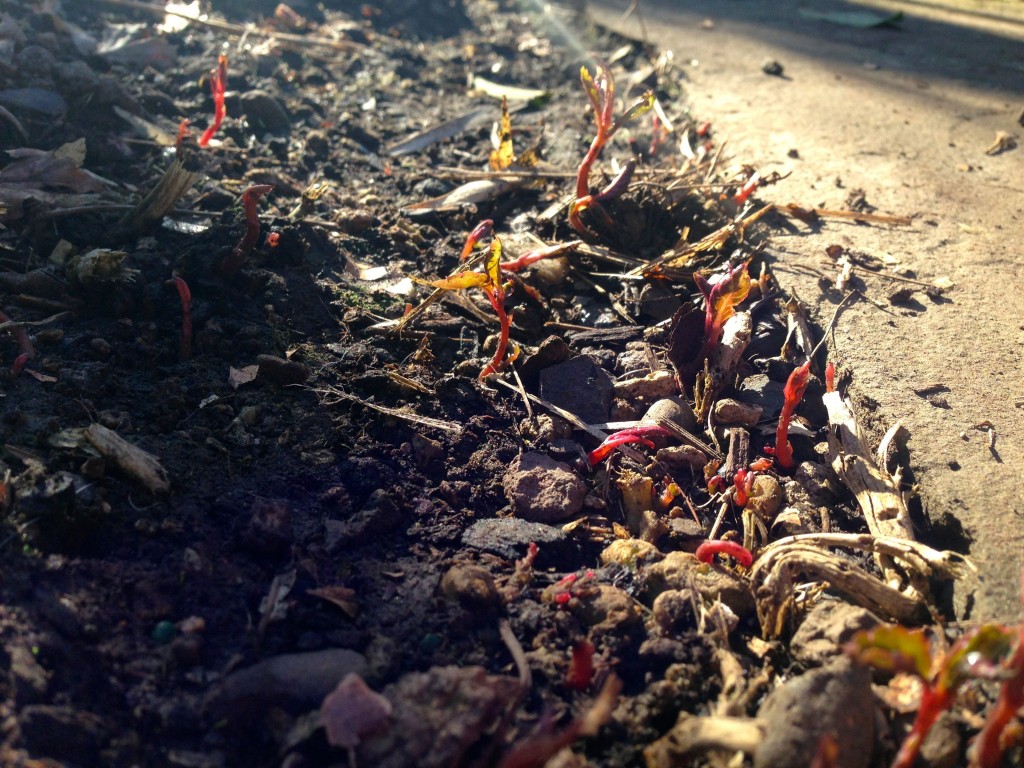 Lysimachia paridiformis var. stenophylla is technically evergreen, but they were ravaged at the end of last year, and have been cut back for quite some time. They spread by layering, so some of last year’s clumps had daisy chained themselves into several new plants, which are quite welcome around here. 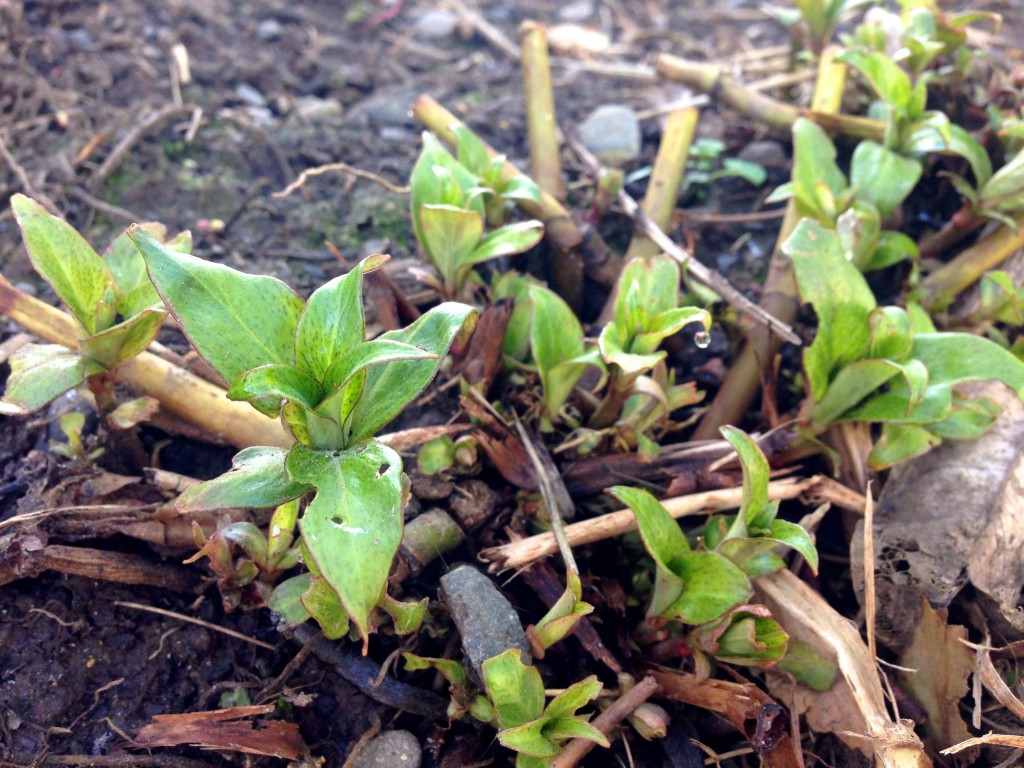 With the mild winter we had this year, Melianthus major sulked but never died back. With the early spring weather, it’s happy again and pushing new growth like crazy. 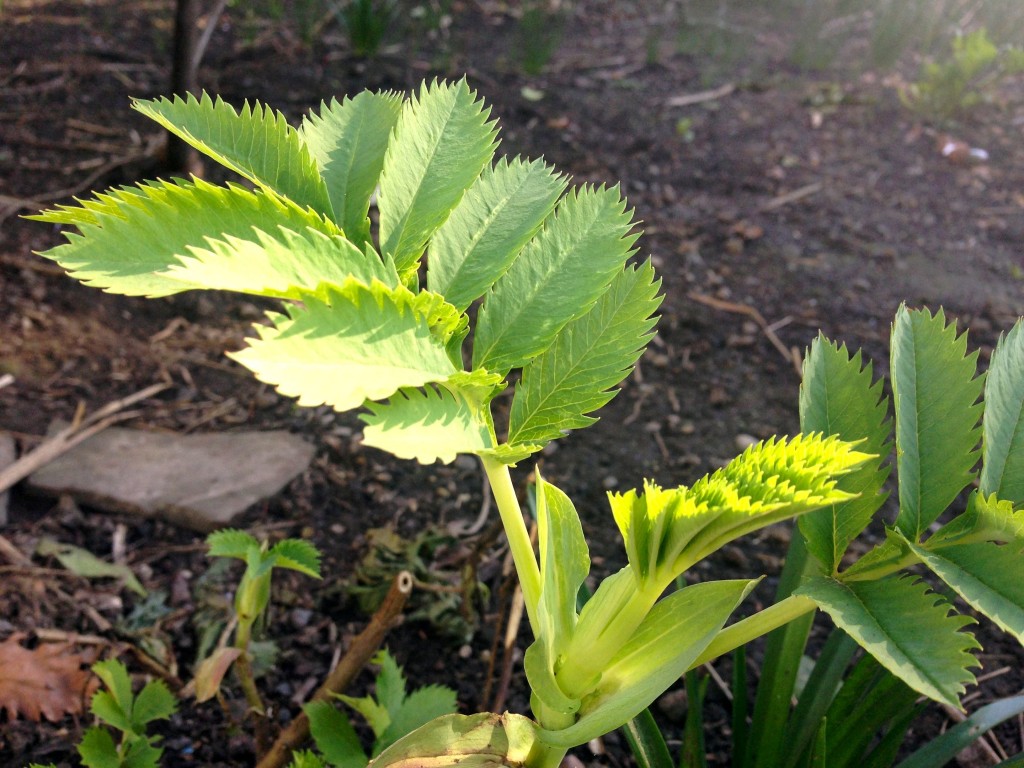 This may be a photo of a doomed tree peony. It never bloomed last year, and has fewer emerging leaves this year than ever before. Since its foliage is just as spectacular as its fleeting dinner plate size white crinkly flowers, it is welcome to stick around as long as it can. 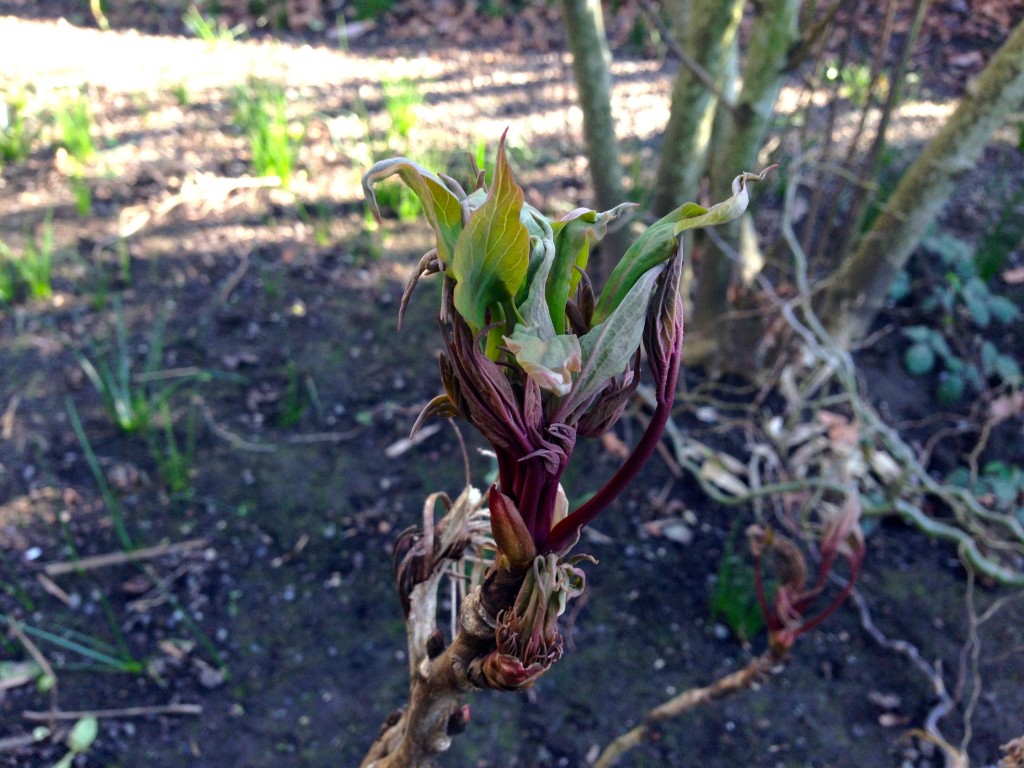 Plume Poppies to the rescue! Macleaya cordata have been doing their typical promiscuous seeding about, and they are most welcome to do so. They can stick around fill in the bald spots wherever they’re needed, and those that are crowding their neighbors will get plucked. If only all semi-weedy plants were so accommodating. 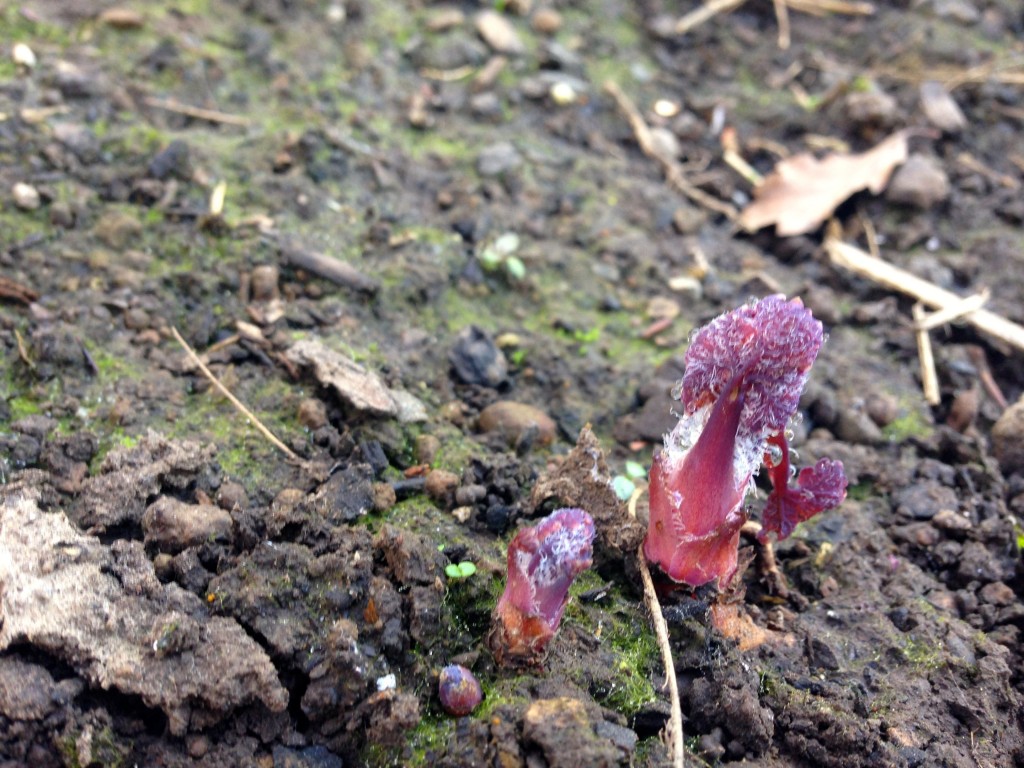 The feathery black Anthriscus sylvestris 'Raven's Wing' is another good one that seeds about freely. It shows up early in the season, before many of the other plants are putting on a show. And when it starts throwing out those stalks of queen anne’s lace white flowers later in the year, those can stay long enough to ensure a good crop next year, and then they’re evicted. 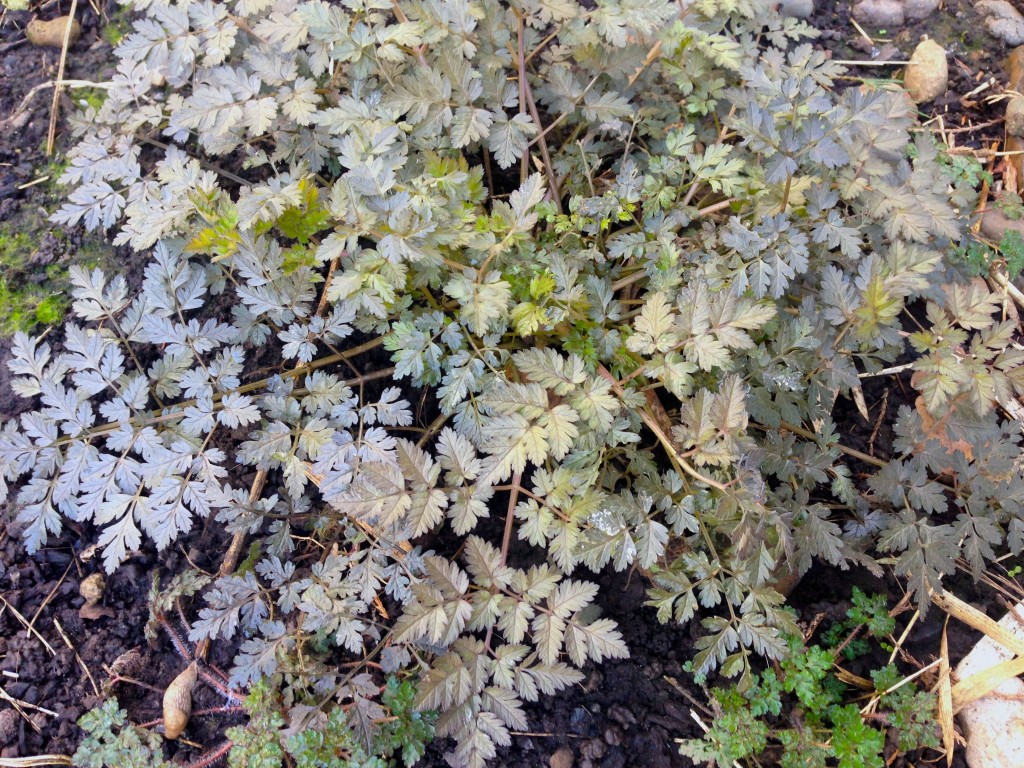 It’s fun to watch the emergence of the pleated leaves on Alchemilla. Even better when you can catch them with water droplets beading up like little gems. 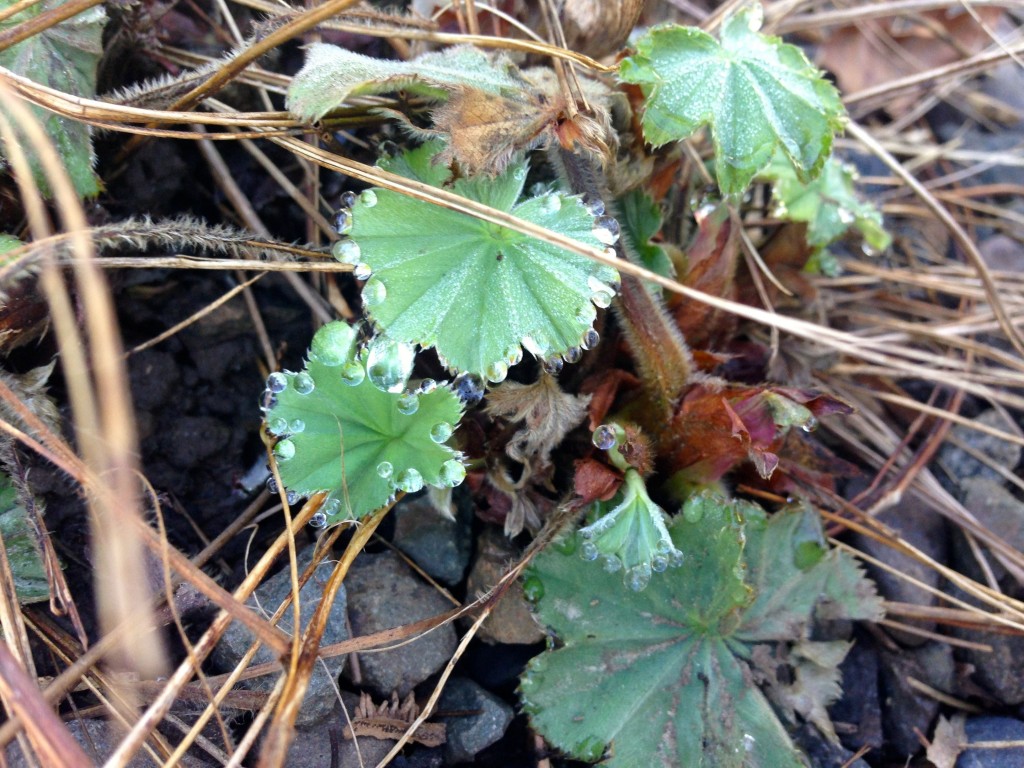 The very first signs of Euphorbia cyparissias ‘Fen’s Ruby’ are deceptively lonely. Let’s call it an assertive spreader. It’ll be a little all over the place pretty soon. But it’s so pretty, it’s worth a little maintenance to keep it in check. 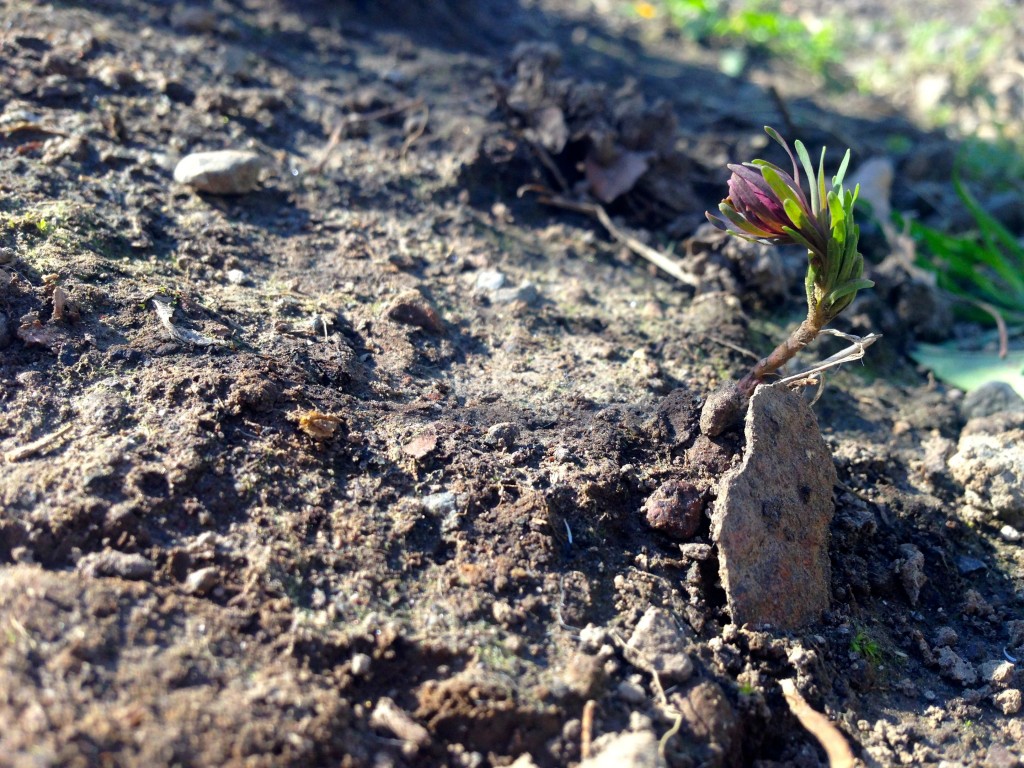 Oh, Chocolate vine! Those brown flowers… swoon. It’s such a treat that the buds emerge along with the earliest of leaves. Chocolate colored flowers are so dreamy. 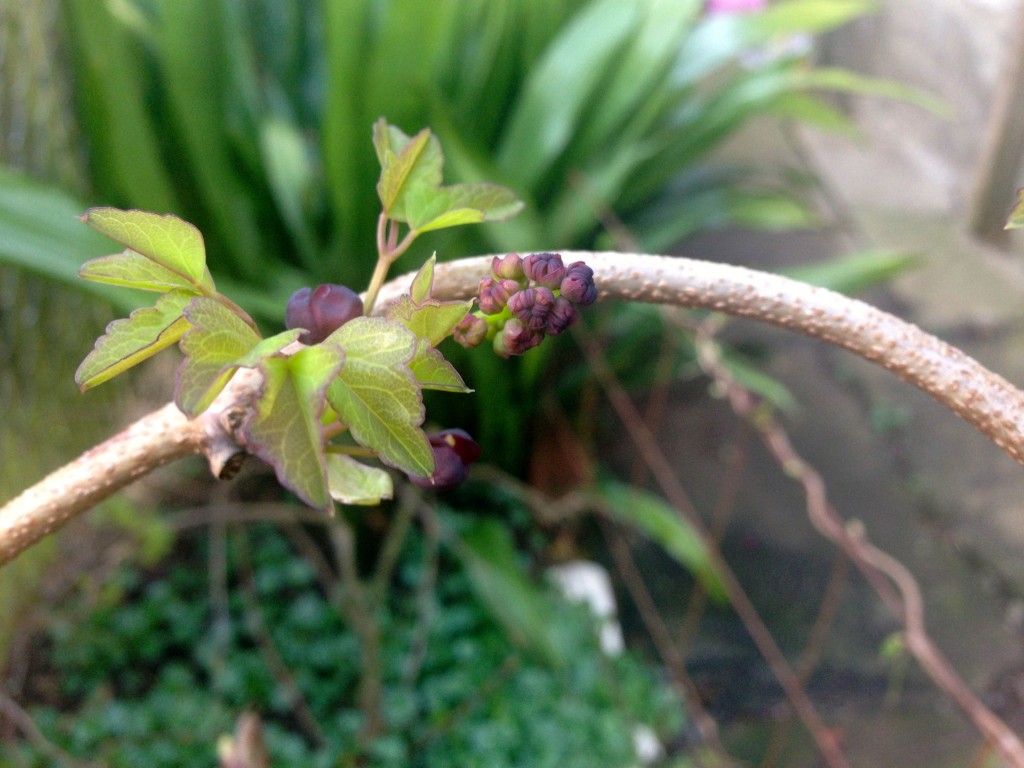 The Woodland Peony has some of the most beautiful emergent growth. It is fun to watch the second it noses up from its slumber. 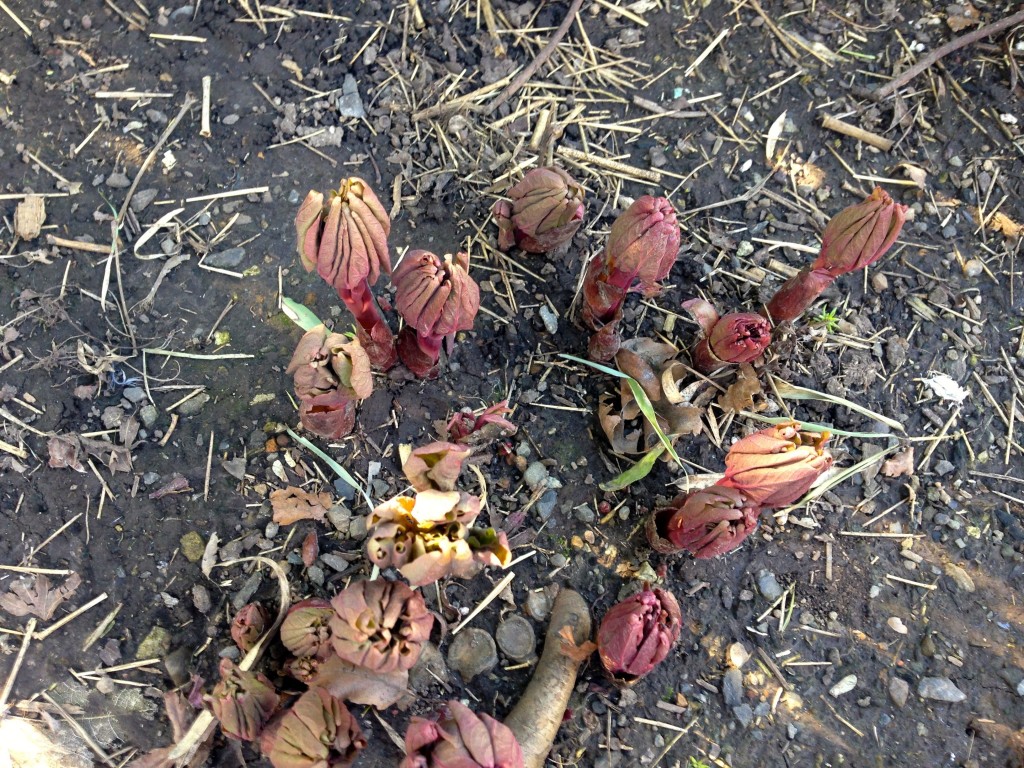 Once this Aruncus dioicus gets going, stand back. It seems to enjoy its neglected back of the garden position, where it shoots out a spectacular fireworks display of white flowers covering it’s 6+ stalks of feathery foliage. Love. 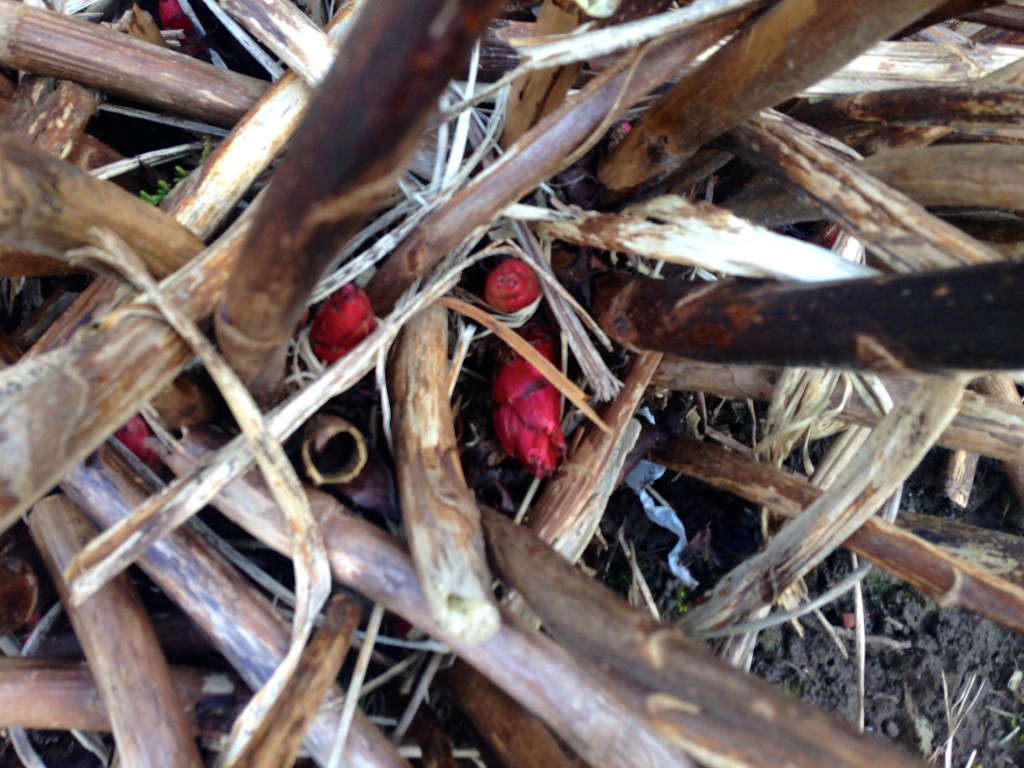 It’s hard to resist the charms of Tetrapanax papyrifer at any growing stage. Sure, it spreads a little thuggishly. And sure, it’s indumentum is a little messy if you try to tame it. The things we do for big leaves. 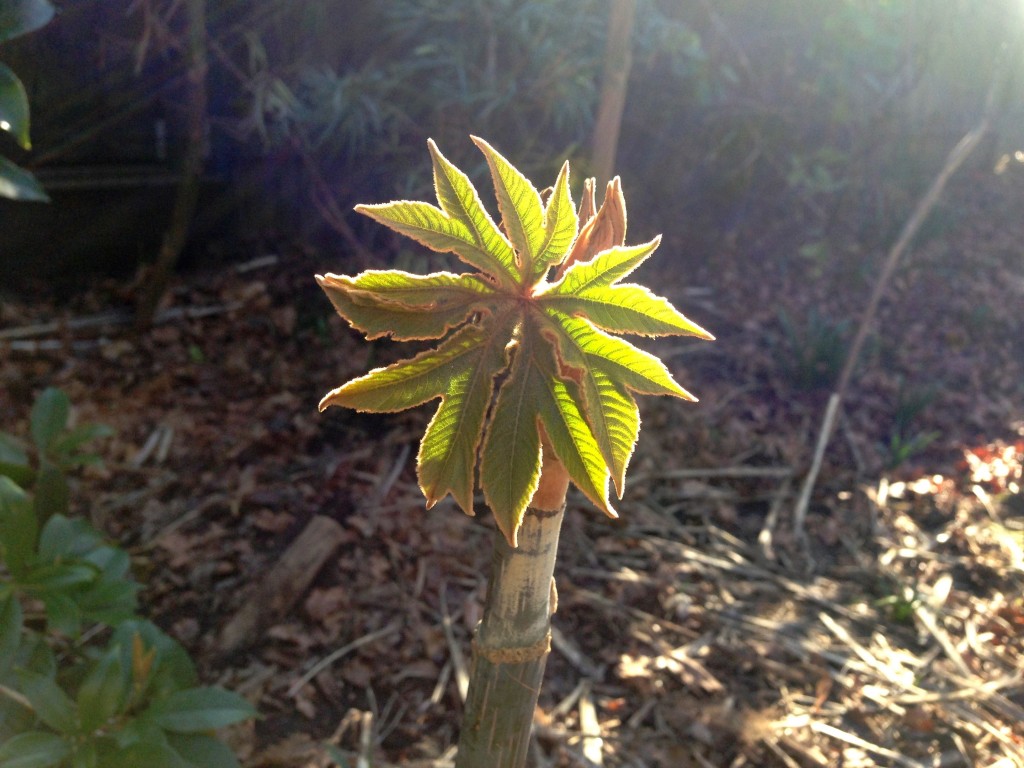 It may not look like much right now, but hard pruning Sambucus racemosa ‘Sutherland Gold’, or any elderberry for that matter, gives you a better leaf show, which is the whole reason to grow this one. New stems shoot up to small shrub size in a single year’s time, covered huge, vibrant bright gold, deeply divided leaves. To die for. 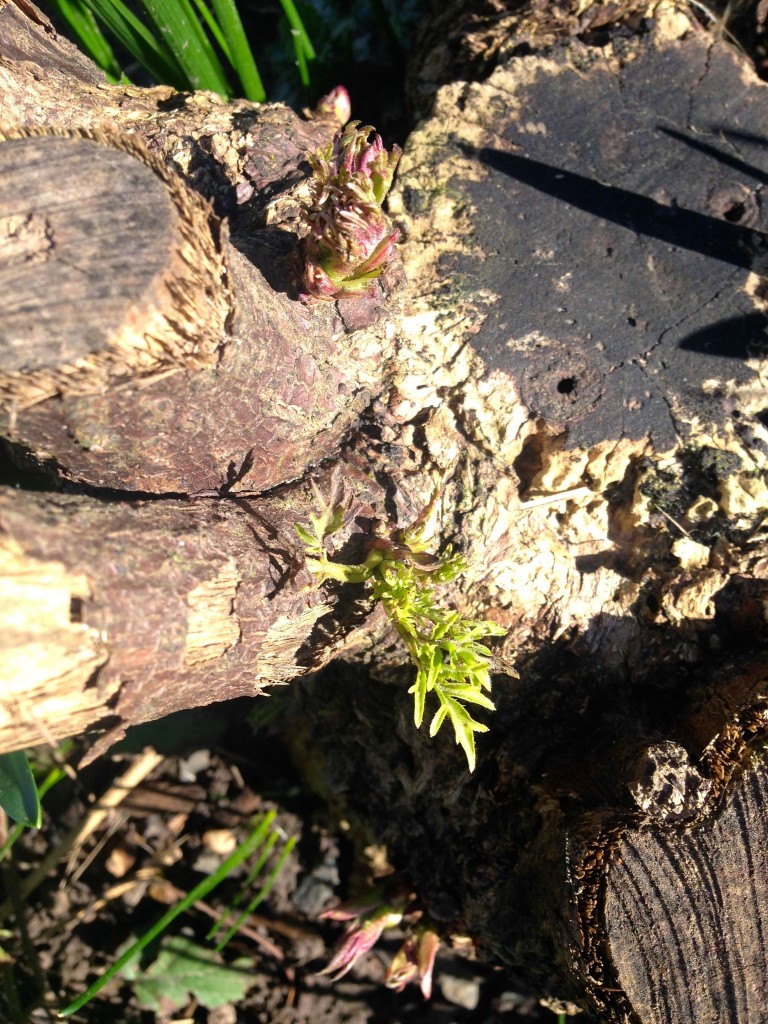