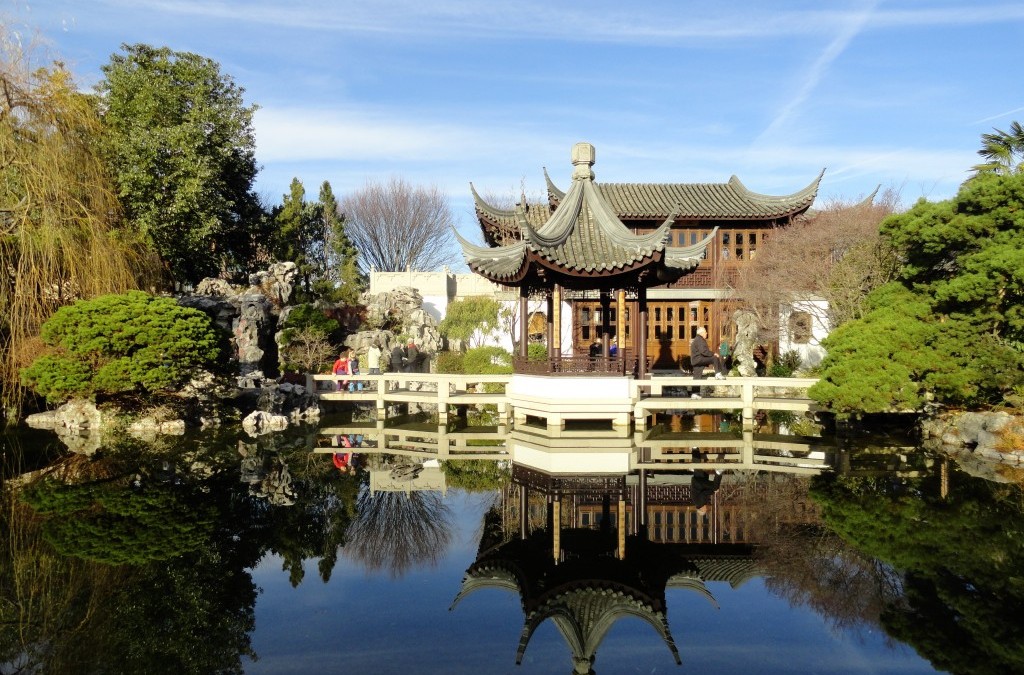 My garden is finally a place where I find myself winter engaged. I don’t advert my eyes but rather intentionally partake. Getting to this point involved a lot of visiting gardens and nurseries during the winter months. How better to see what looks good this time of the year?

Our local Chinese Garden, Lan Su, recently held a series of free open days. I decided to see how some of my favorites were doing, it’s always nice to catch up with old friends. 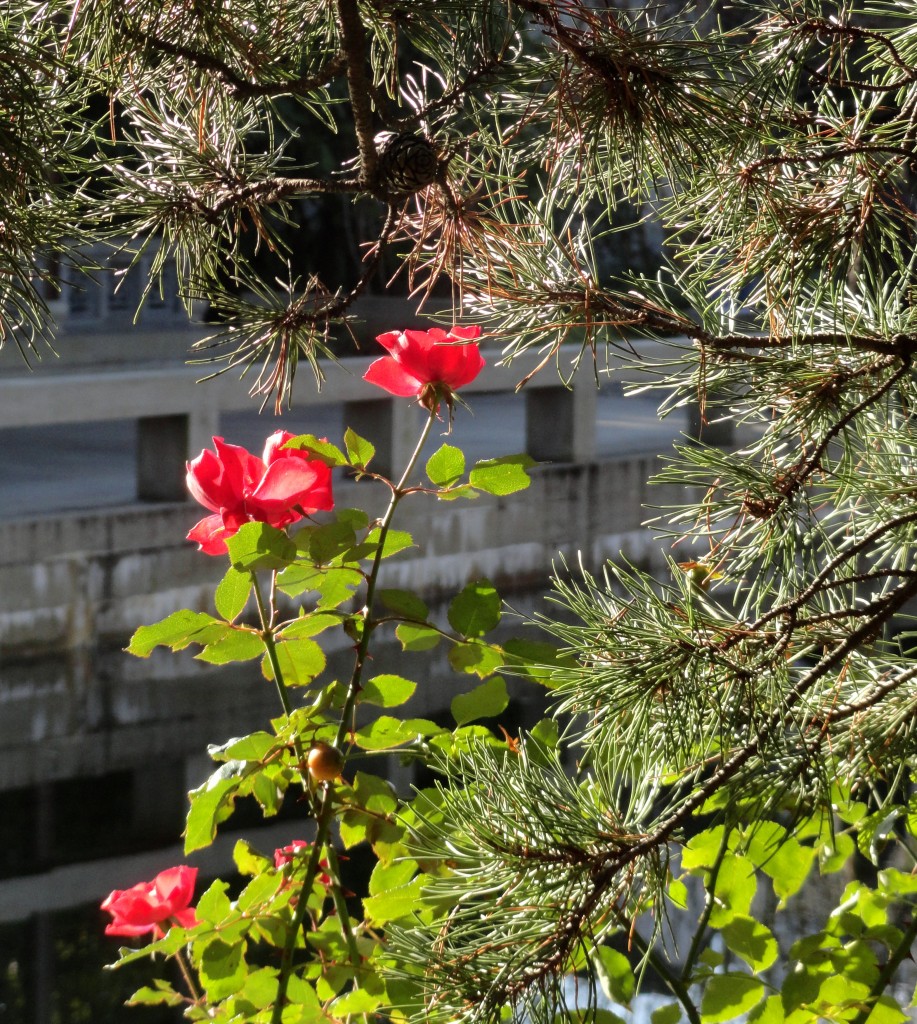 There are (or were, one of my favorites seems to have gone missing) several mature mahonia in the garden. I find the bark of this one, Mahonia lomariifolia, to be quite striking. 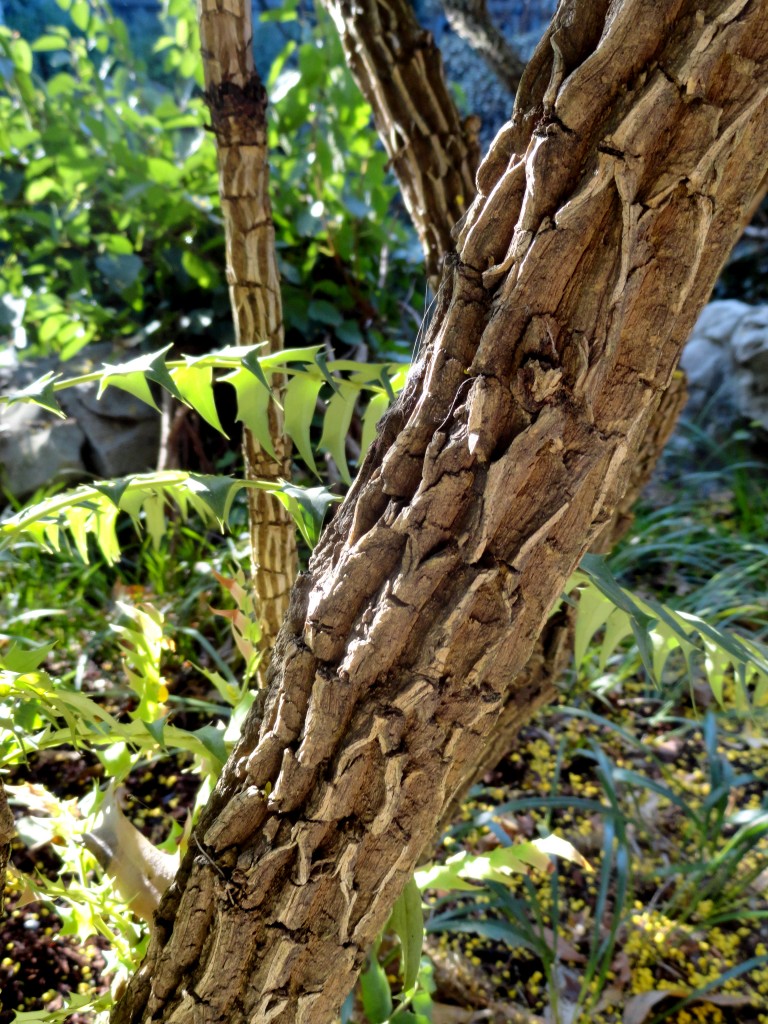 As are the blooms, a bright cheery yellow that looks even brighter when the skies are grey. 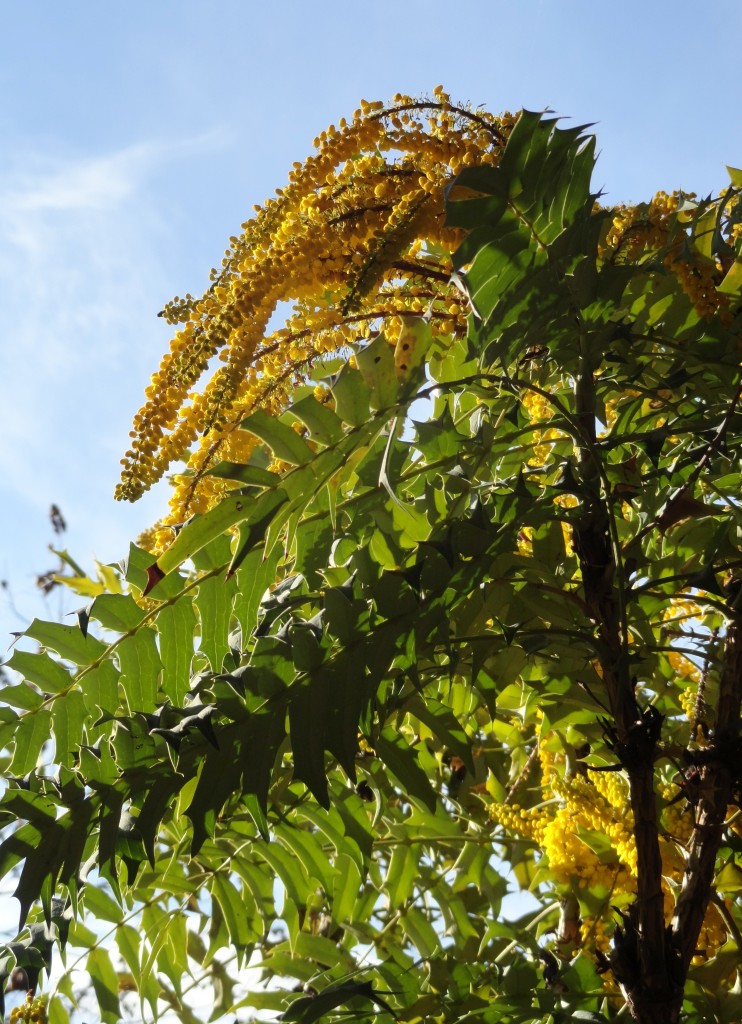 Aspidistra (aka Cast Iron Plant) is an underutilized jewel. As it’s common name implies it can take a beating, and still look good. 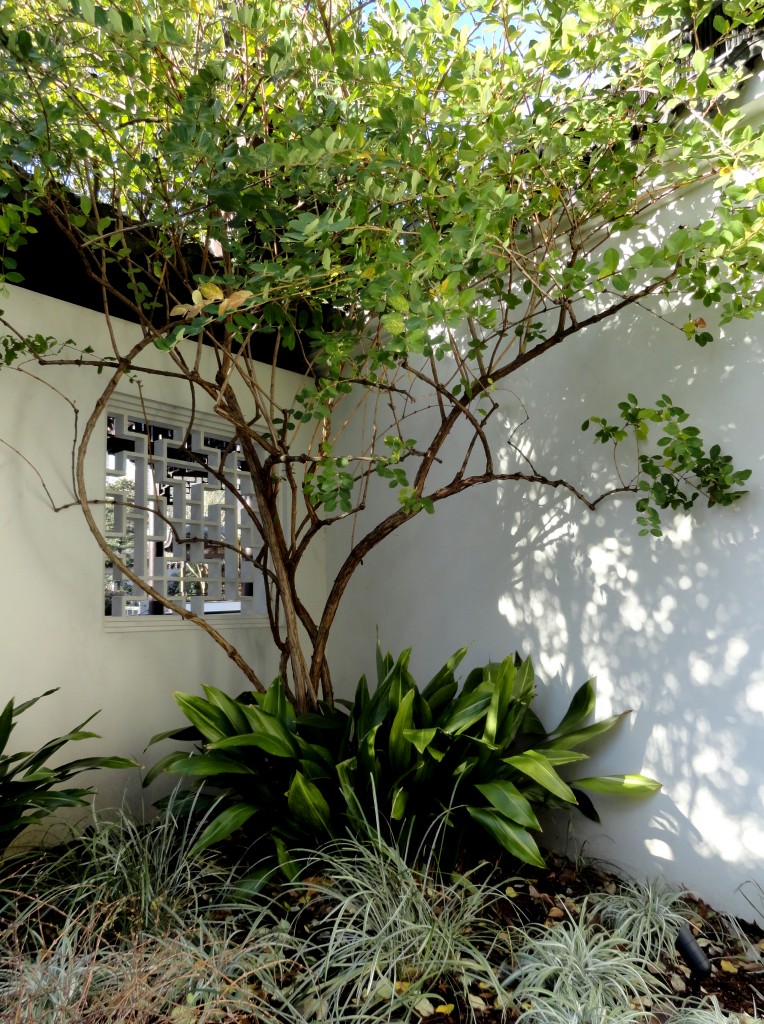 This is a horrible photo of a very cool plant, Poncirus trifoliata ‘Flying Dragon’. In the summertime those curvy thorns are camouflaged by small leaves, in the winter it’s all about the spikes. 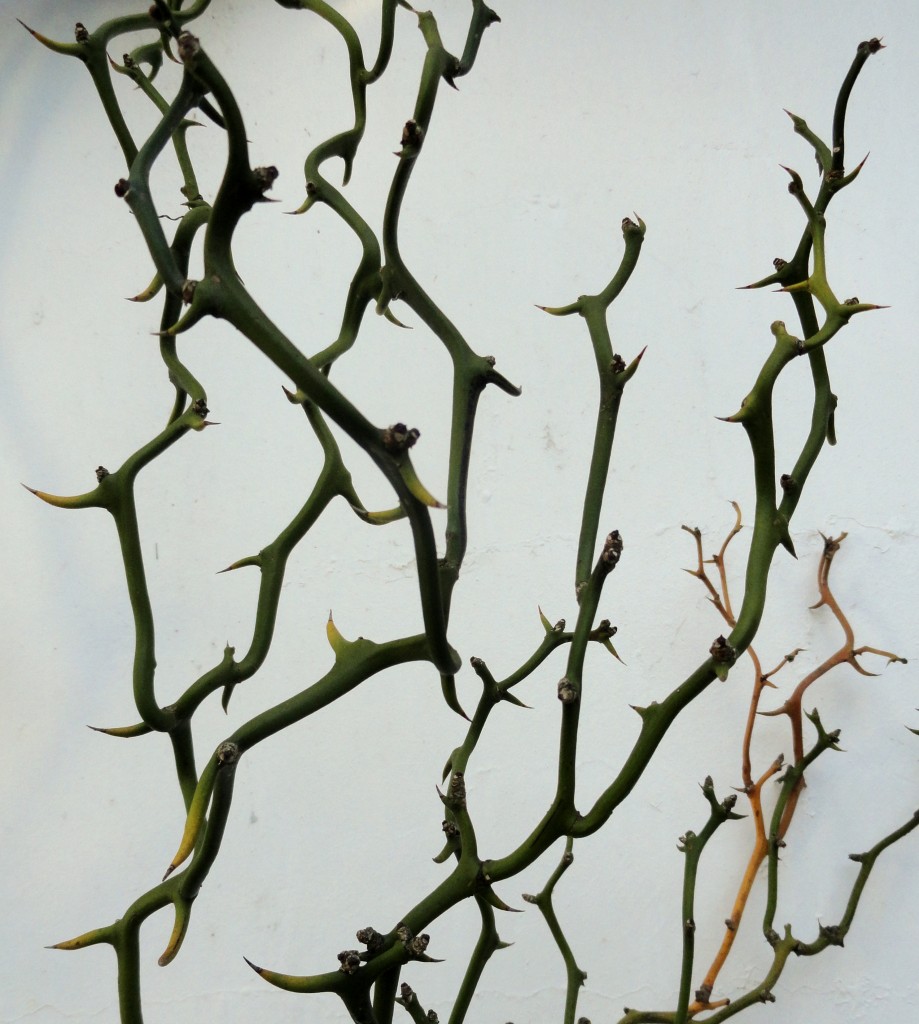 Chimonanthus praecox (Wintersweet), more cheerful blooms when we need them most. It seems almost like cheating to photograph them against a blue sky. 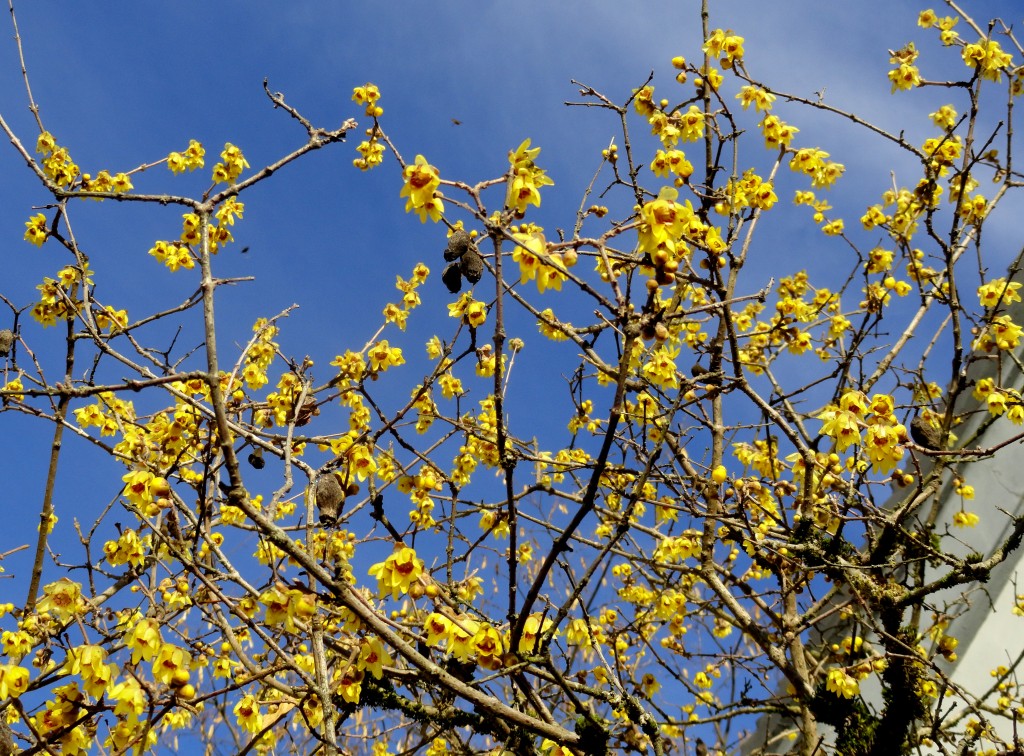 Someone more versed in the ways of the camellia could probably tell you which one this pink beauty is. I can get part way there by filtering the plant lust search results to share only winter blooming camellias. 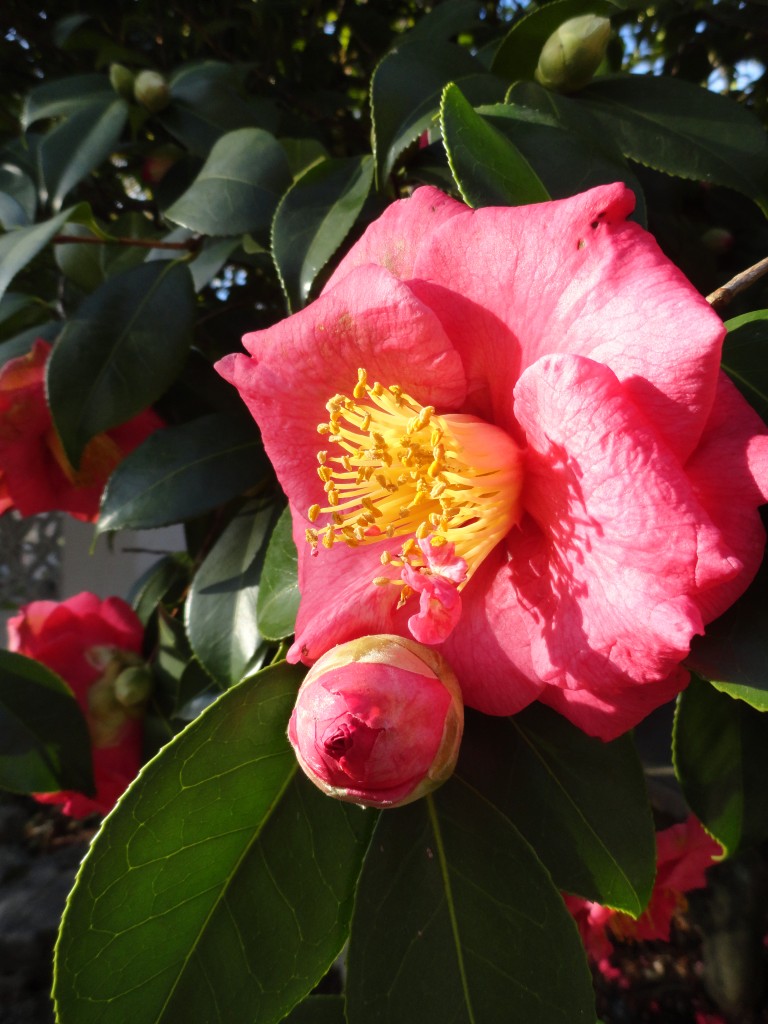 Iris confusa, a plant that looks best planted in mass. 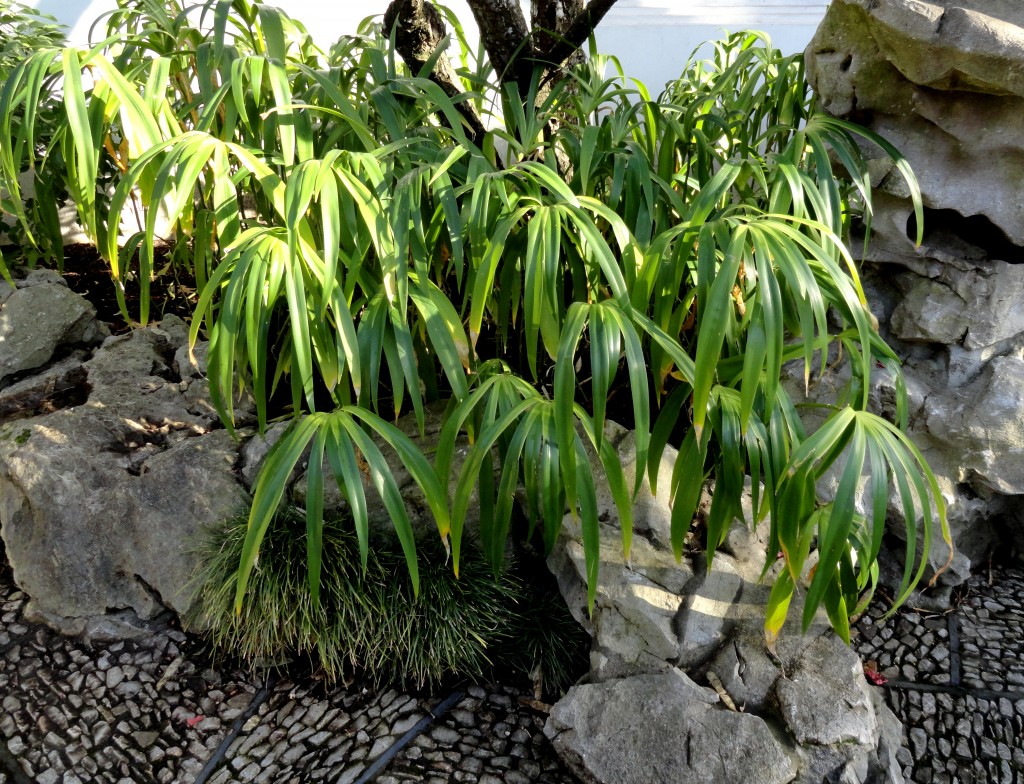 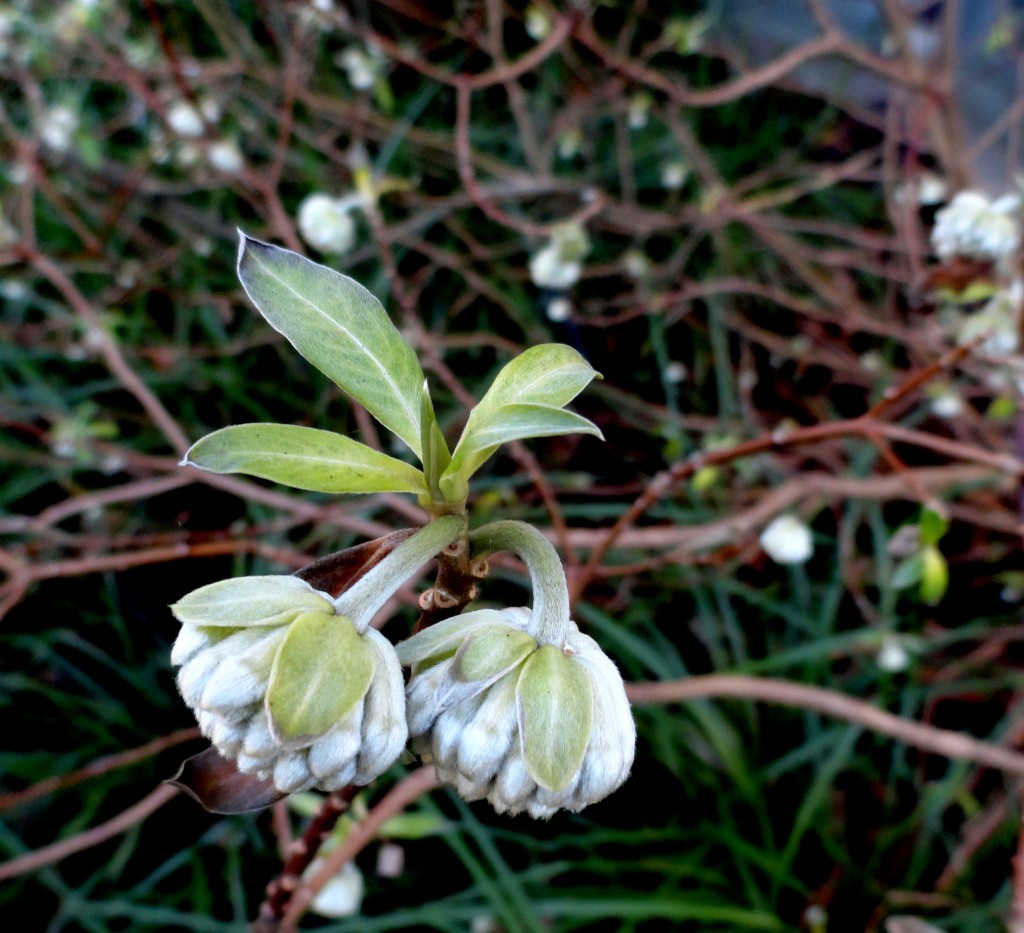 On the lower right edge of the pond, nandina. Common as dirt some would say, but beautiful none-the-less. 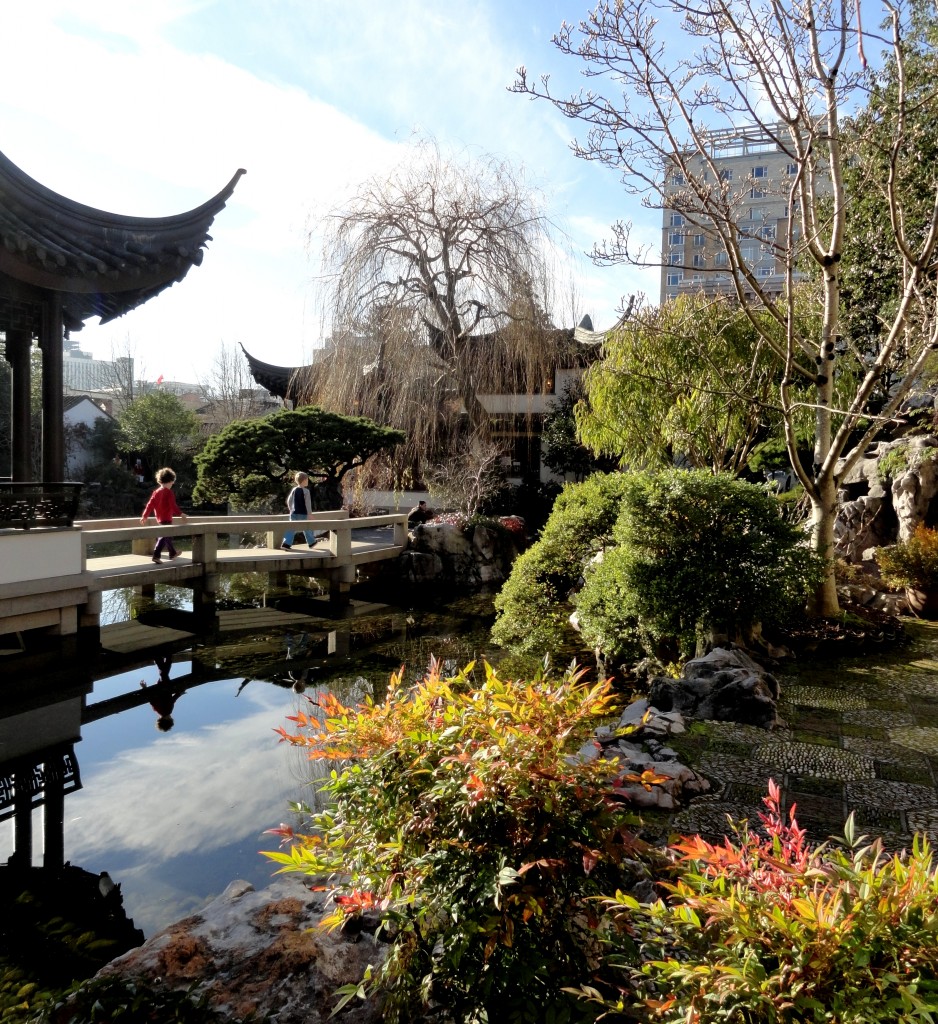 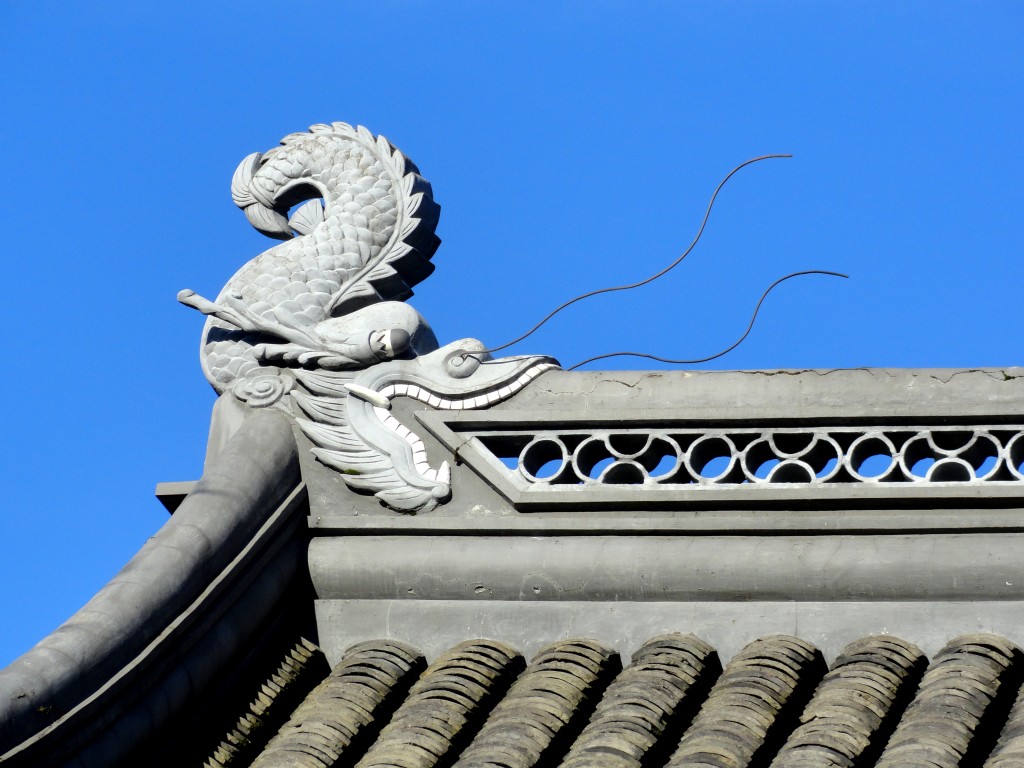 Hardscape, structure and personality (some might call it garden art) are needed as well. 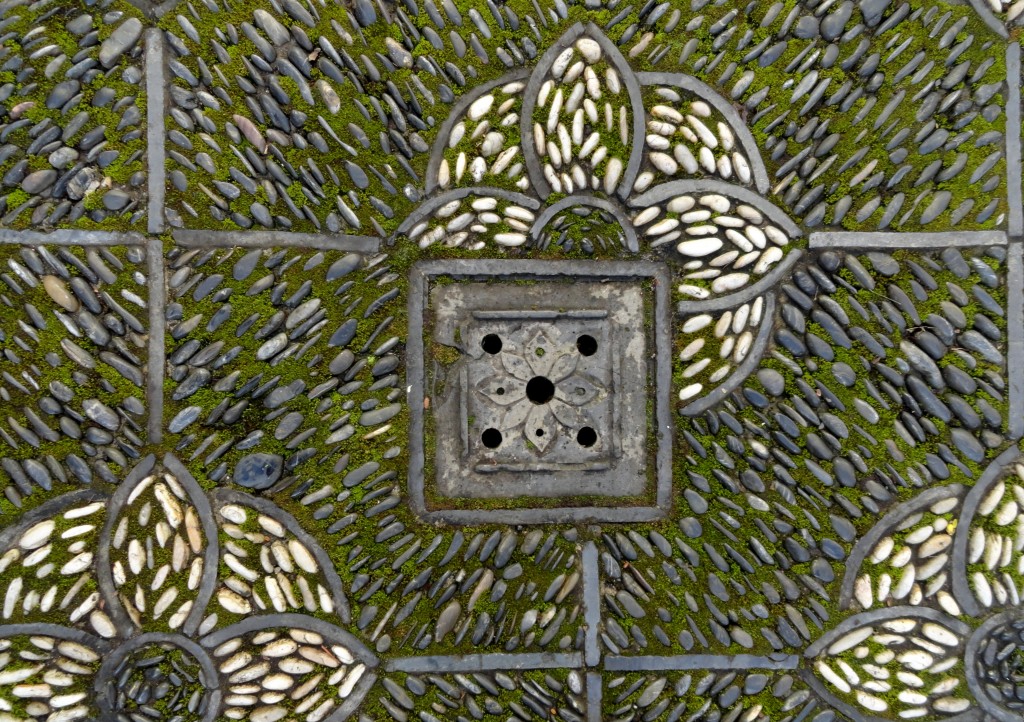 Broad-leaved evergreens help too, in this case Eriobotrya japonica, the loquat. 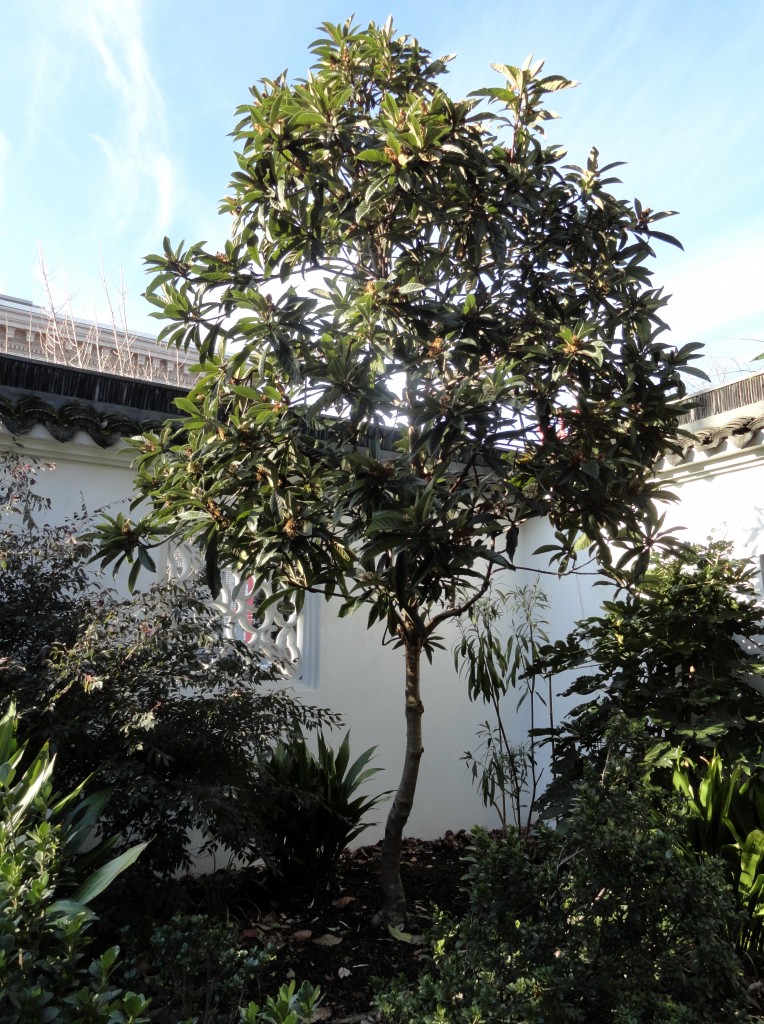 If you’re lucky (I have not been), you’ll even get blooms. 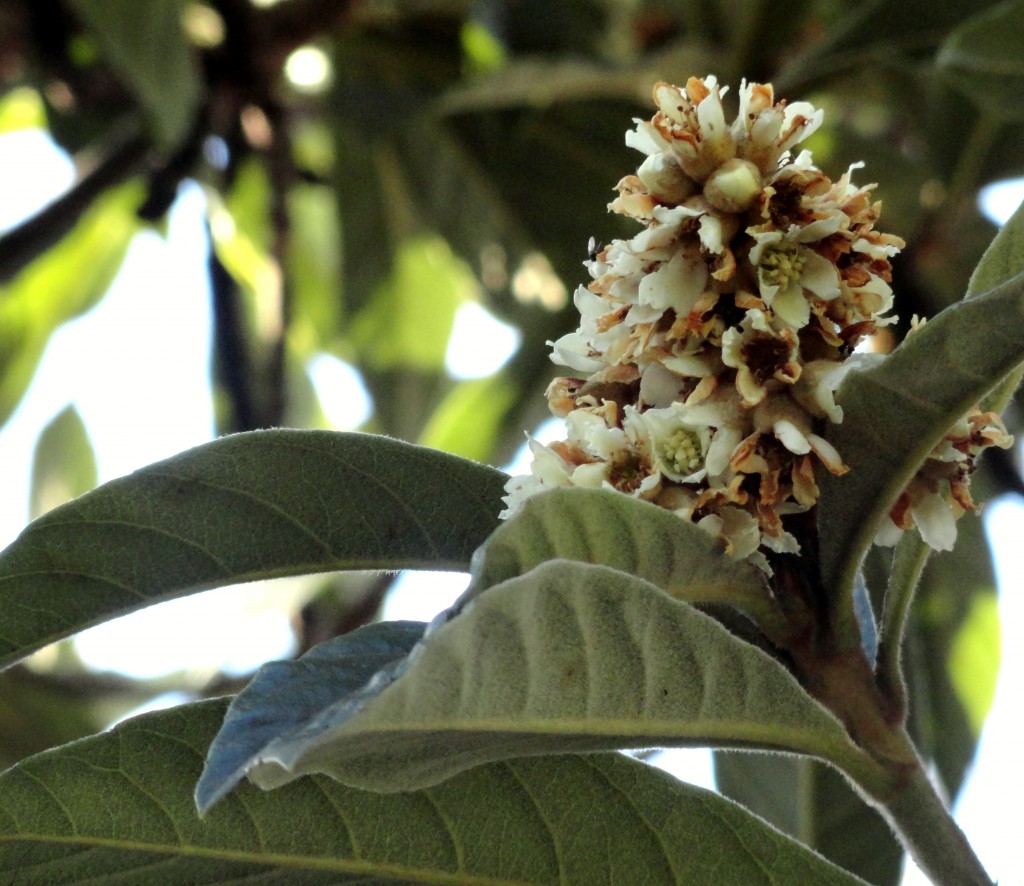 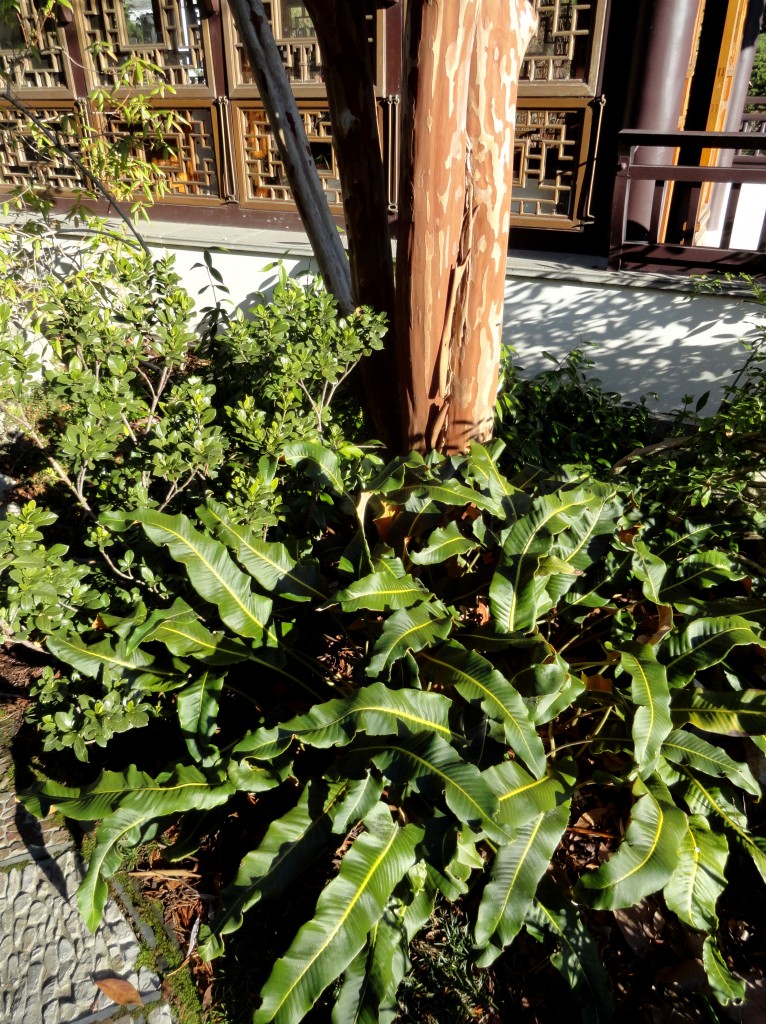 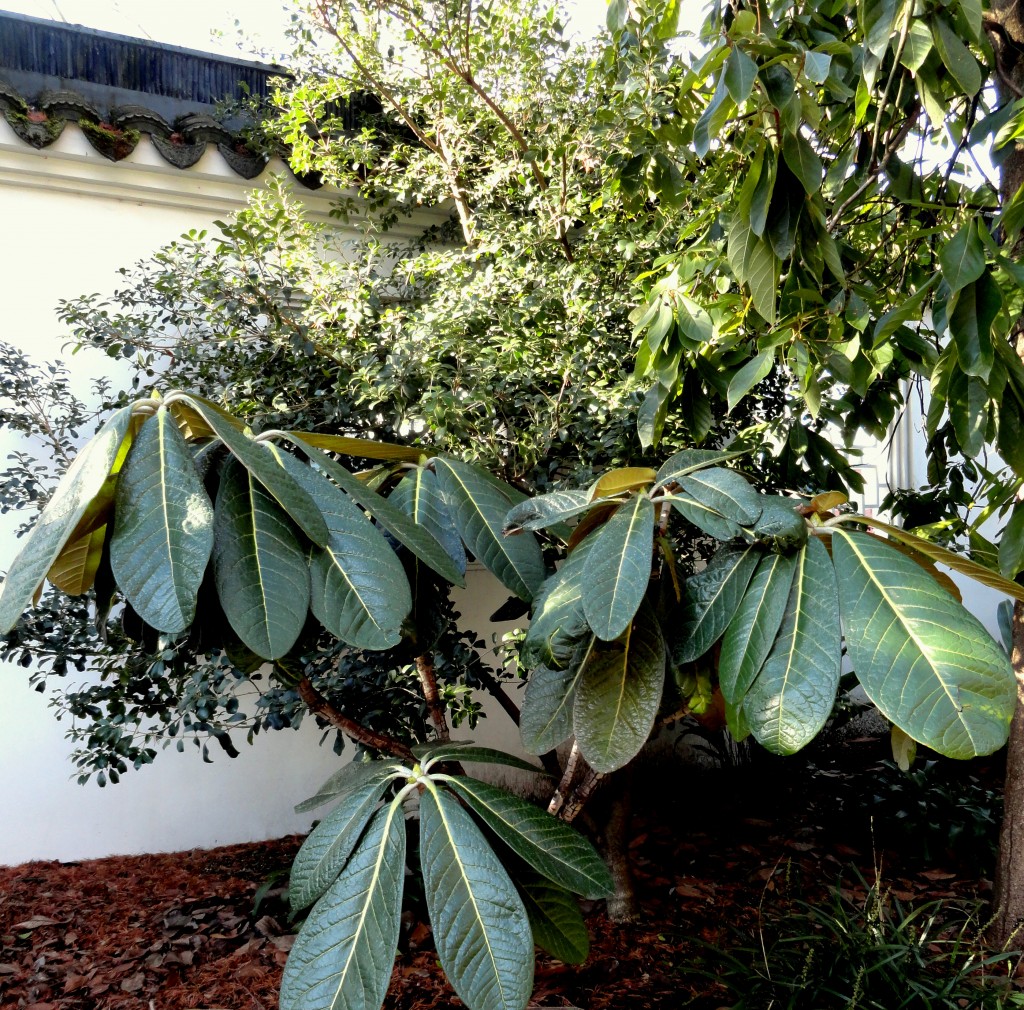 Your eyes do not deceive, there are both blue and green needles, Pinus parviflora ‘Cleary’. 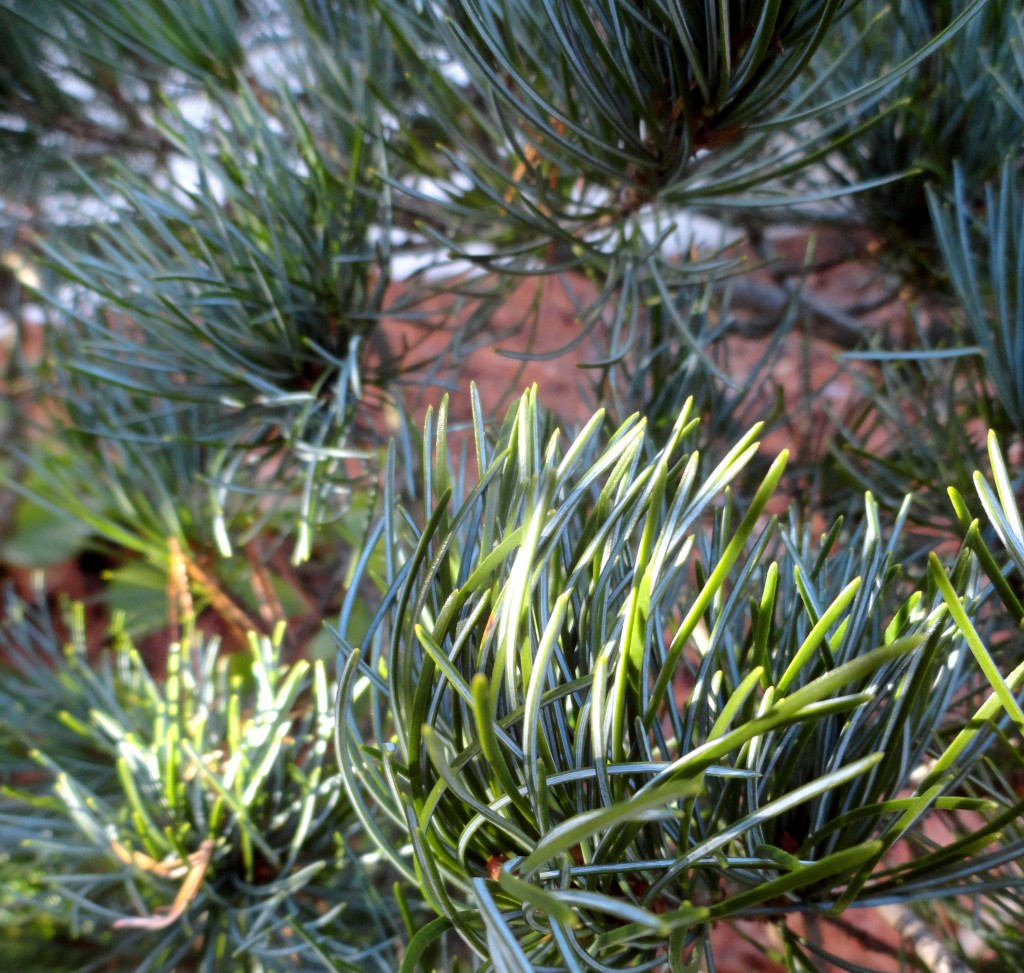 And the yellow-blooming Edgeworthia chrysantha… 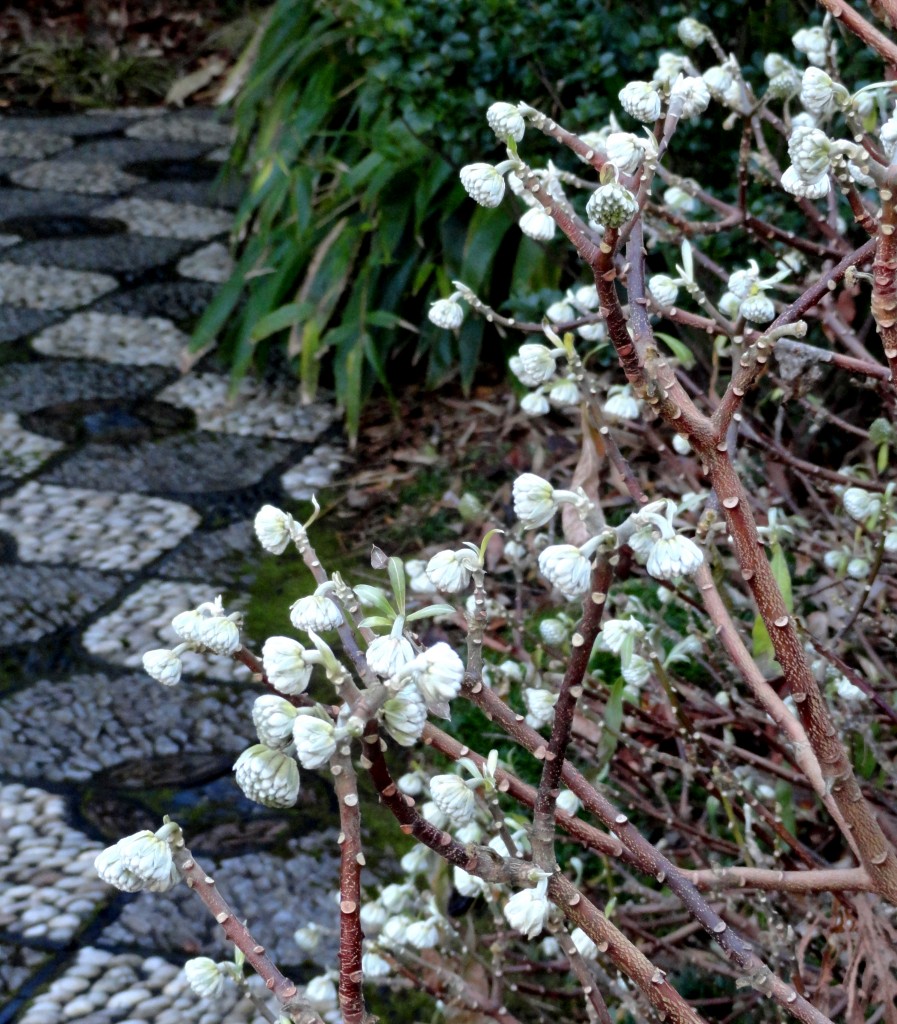 The buds look rather delicate but they’re actually quite tough, surviving 12F in my garden last year with no damage. 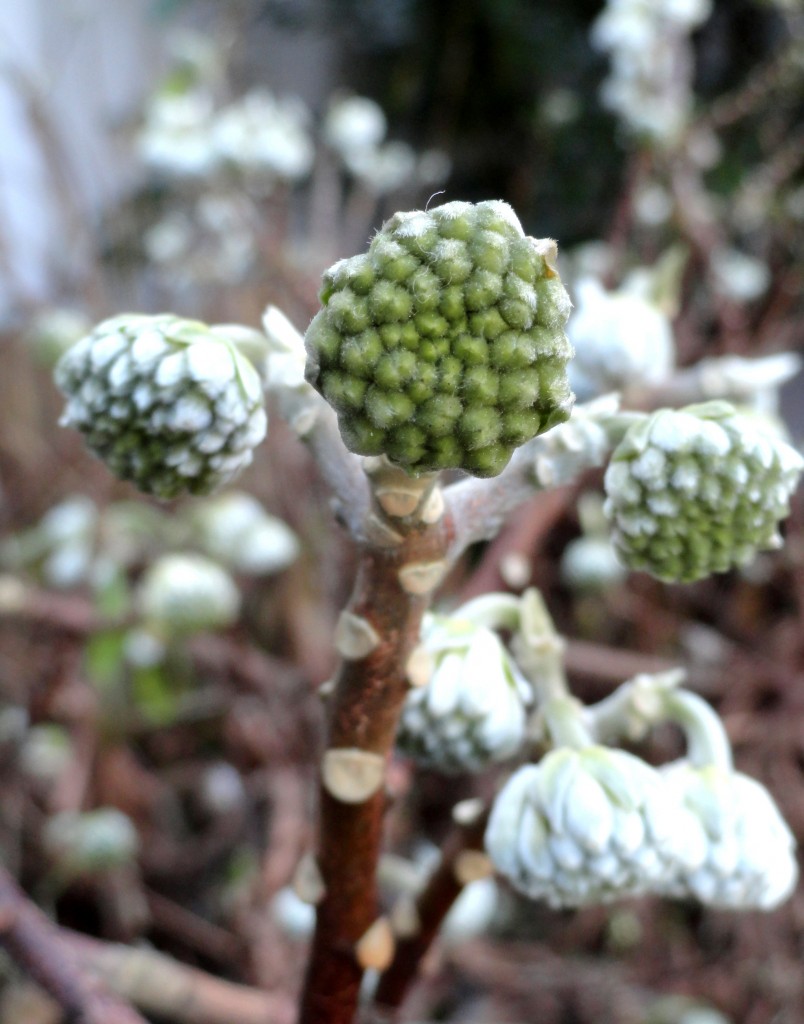 Jasminum nudiflorum. Do you think it’s just a coincidence that so many winter-bloomers have yellow flowers? 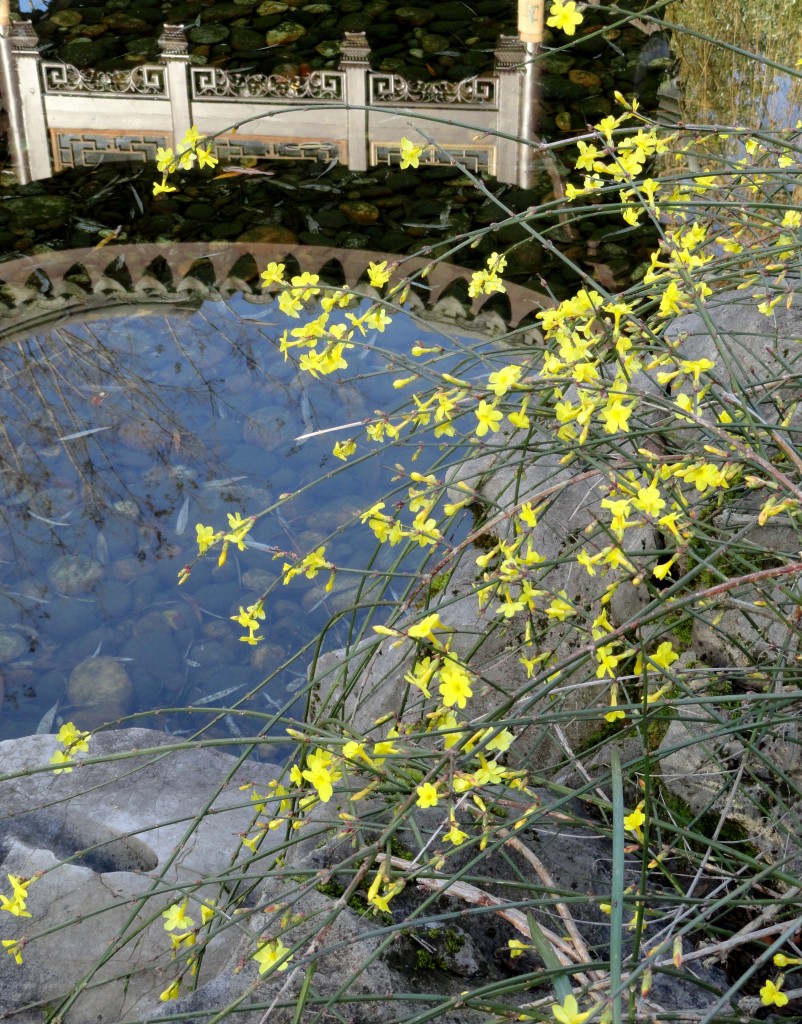 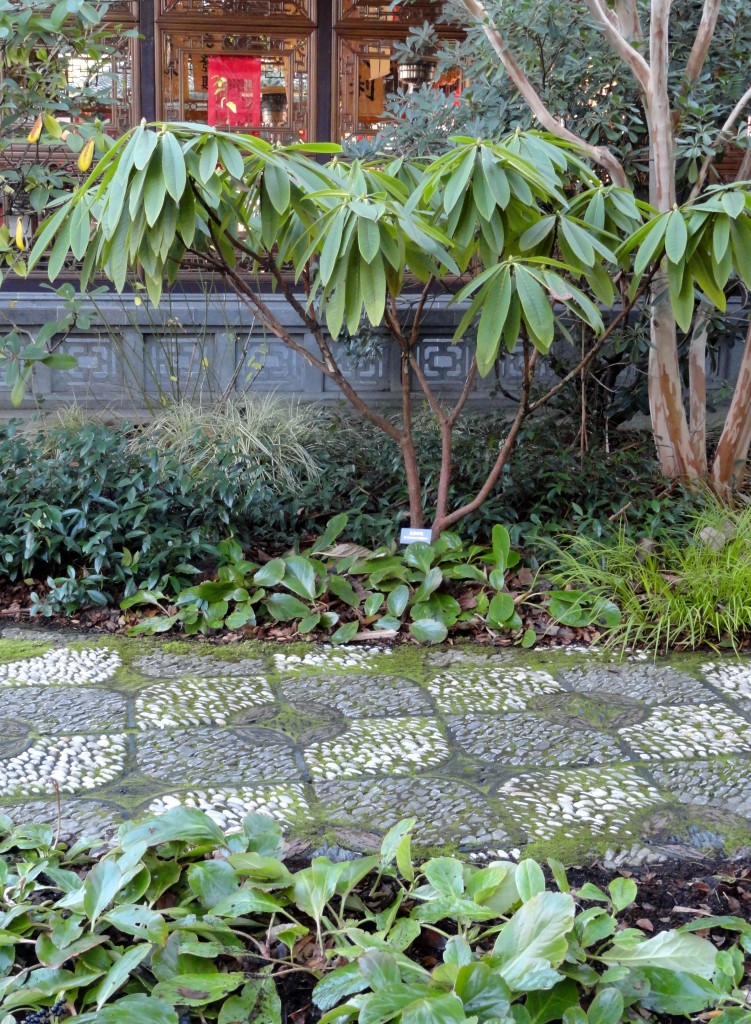 And the sexy bark of Lagerstroemia ‘Tuscarora’ 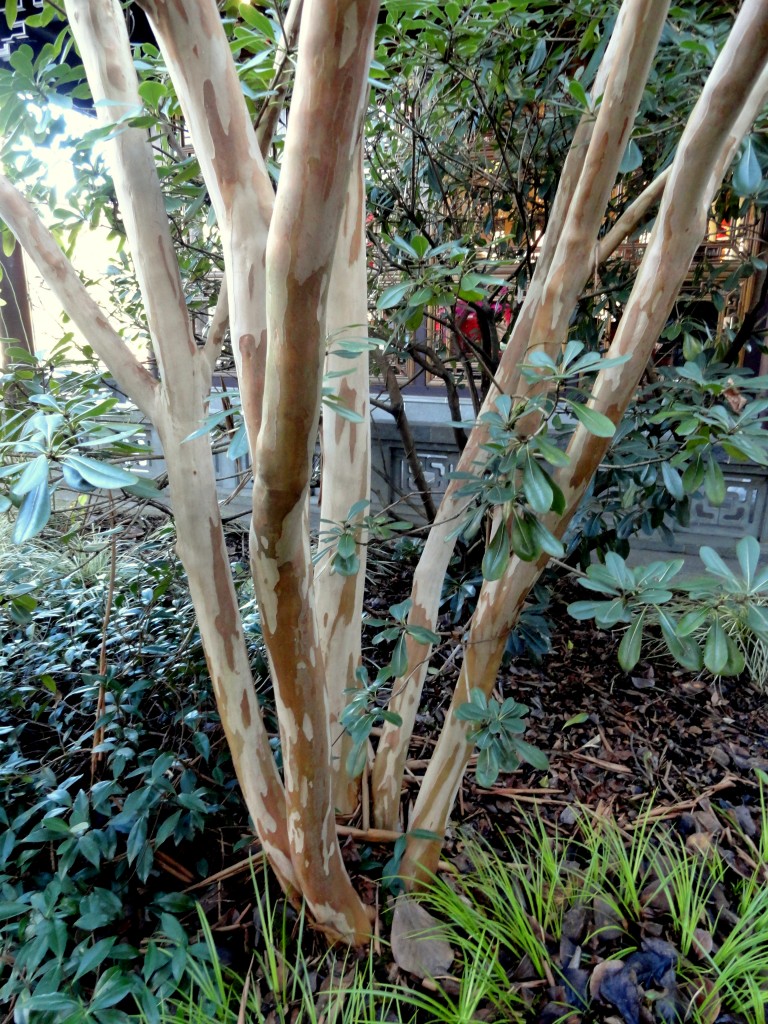 Interesting bark is an often over-looked feature that really pops in the winter, Pinus bungeana. 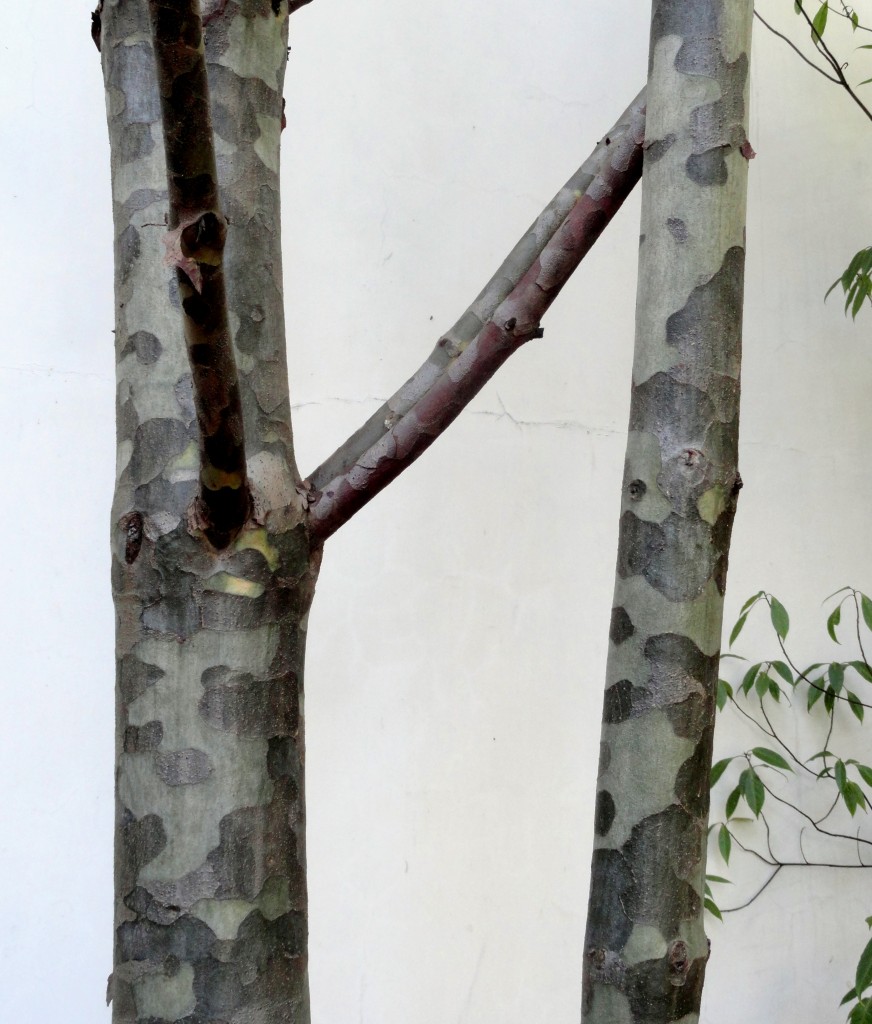 And finally the buds of Daphne odora, about to burst open and perfume the garden. 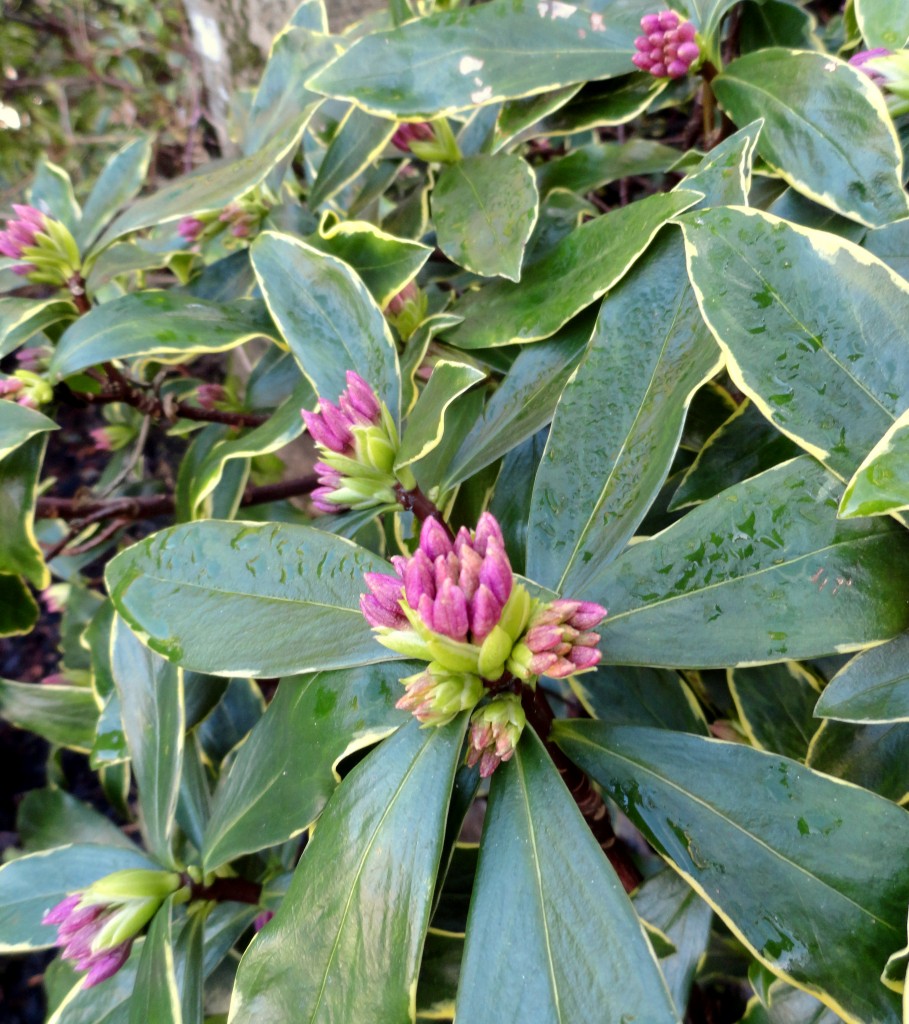 Where would you rank your garden on the winter-interest scale? Is it something that’s important to you, or do you enjoy hibernating this time of year and ignore the garden until spring?