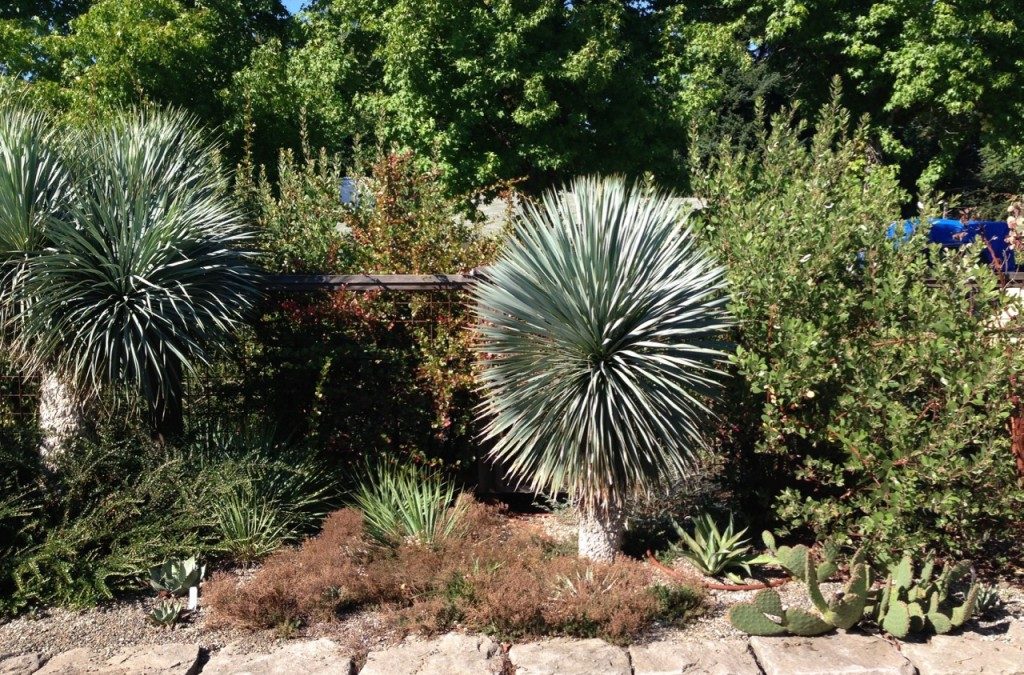 The Hardy Plant Society of Oregon holds a giant spring sale–and also a smaller Fall Sale. Oh, there is still a gaggle of crazy gardeners vying for fabulous plants, but the fall sale is a little more mellow than spring’s Black Friday crush. And a great feature of the fall event is an opening lecture by a groovy plantsperson. This year, the incomparable Sean Hogan of Cistus Nursery with a talk on his top 40 plants. Sean said the number was arbitrary, and he could no doubt give thousands more–and has. But here are a few contenders that I happen to have in my garden. Hmmph, it just occurred to me. He’s been subversively influencing us all along!

I love the Agaves, but dear lord, I’m not sure how many more stab wounds I can take. That didn’t stop me from planting this very plant last month, but dammit, fist shake, these muggings have got to stop. Not to mention, I can always waltz over to McMenamins Kennedy School and look a their Agaves, Nolinas, Yuccas, and such.

Not too shabby, right. And look Mom, NO stab wounds.

There were scads of Artostaphylos aka Manzanitas on Sean’s list. (I need to run back over to Kennedy School and check their Manzanitas. Apparently I never focus on them. But I’m sure they’re there.) 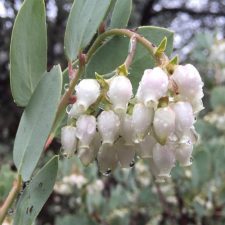 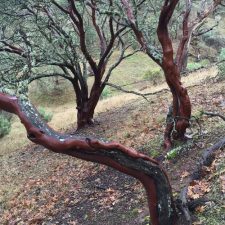 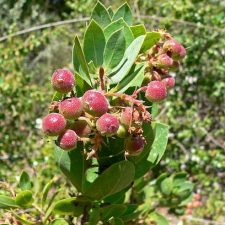 Arctostaphylos fruit, photo by Stan Shebs aka Stan the Man!

I don’t have Arctostaphylos glauca aka Big Berry Manzanita on Sean’s list. But I have at least 9 others. Including A. ‘Rogue Gem’ which Sean himself gave me when it was a teeny tiny little baby in a 2″ pot. And look, I didn’t even kill it.

So many Manzanitas to chose from. Everyone needs at least a few.  The bark is spectacular. They’re evergreen. And as winter bloomers, they feed hummingbirds when the pickings are slim. Plus, fruit that follows is beloved by other birds too. So much winning.

Of course, the grand Manzanitas take a little more space, but so fabulous, well worth carving out a spot. Arctostaphylos ‘Austin Griffiths’ and Arctostaphylos densiflora ‘Howard McMinn’ are just the ticket.

That bark is swoon worthy, no?

I might be a bit off track, because these are not the actual Arctostaphylos on Sean’s list. But I’m willing to bet, he’d approve. Following are some of the plants that were on his list. But, I don’t have personal pictures of these, so you can understand my digression. Plus, attention span.  Double plus, who can keep up with Sean’s plant favorites anyway?

Zauschneria septentrionalis ‘Wayne’s Silver’ made the list. I have Z. ‘Select sepentrionalis Matolle’ in my garden–in several places. I love these plant, and so do the hummingbirds. They get along with almost zero irrigation.

So that’s just a few of the favs on Sean’s list. The picture atop is from John Kuzma’s garden, also designed by the very Sean his ownself. Prominent are the Yucca rostratas, which are of course on his list, and Manzanitas. And also found in my garden!

(Ms. Danger Garden has done a fine job of chronically Kuzma’s garden. You can head over here to see for yourself.)

I think this is Sean’s very own Hellstrip Garden. Sometimes I stalk, uh, keep an eye on other peoples’ gardens. Not A.B. normal, right?

That’s all for now, folks.