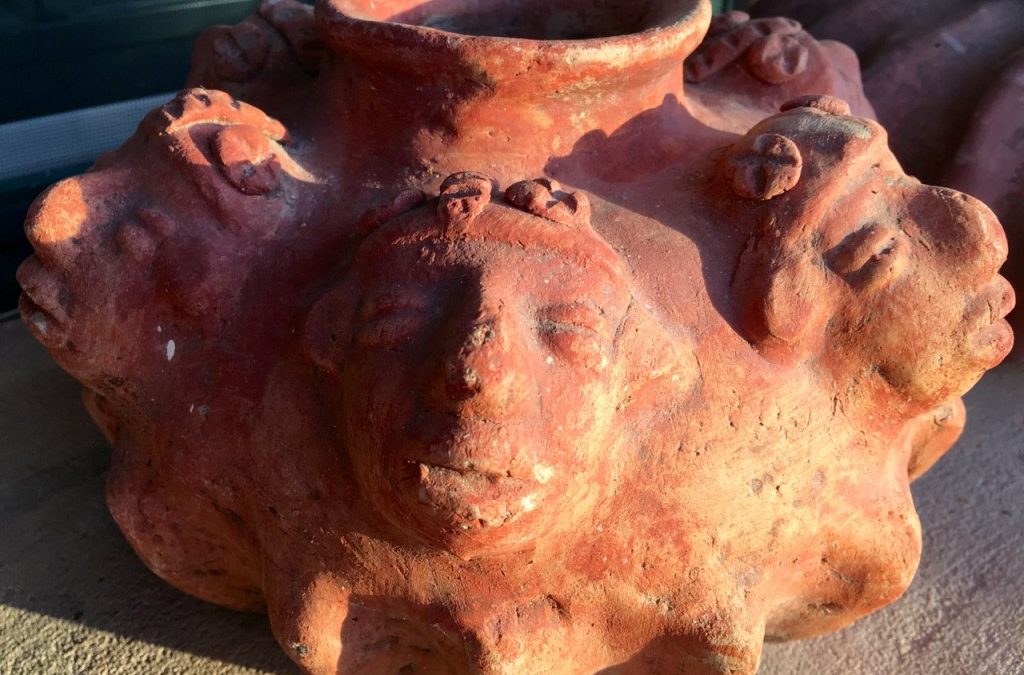 Sometimes I marvel when I look back at all the photos. I also worry a little that I missed a lot by constantly taking pictures instead of just using my eyeballs. But that’s not right, because I wouldn’t remember if I hadn’t taken the snap. I dunno. There must be a good balance in there somewhere. What say ye? 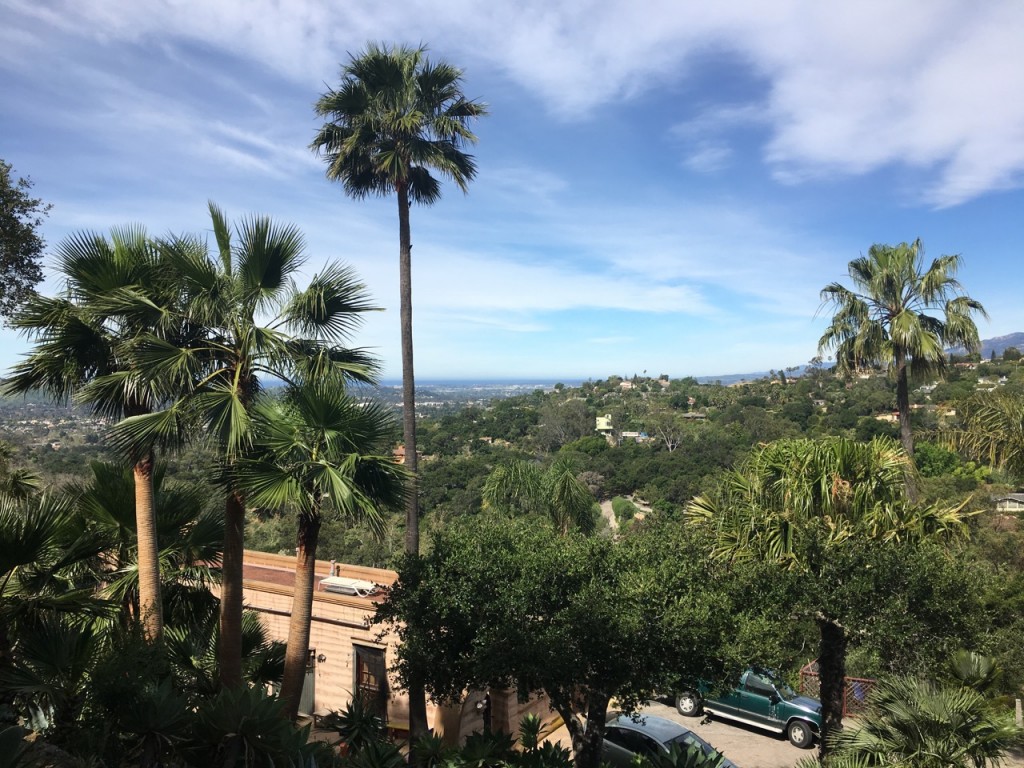 The first couple days, I didn’t realize that was the ocean out yonder. There was so much to see close up. That’s the Airbnb guest house in the foreground.

Look at those cute Aloes tucked up close. I’ve sorta given up on pokey plants–growing problems in PDX aside–but this does look fabulous.

Every which way you looked, another terrific vantage.

And little critters scampering around.

Back inside the house, the artwork was just as eye catching as the plants.

Megan is looking out the patio door. I didn’t want you to think we were watching TV. We were not–and it was behind a tapestry. We didn’t even realize it was there until a couple days in. No TV on this trip.

It was fun to stroll around and try to take it all in our first evening there. Alas, we did not find time to uncover the pool and swim. Vacations are never long enough.

Of course, citrus trees. That’d be handy. We picked a lemon and brought it inside. It perfumed the whole kitchen.

The lemons I get at the grocery store here don’t perfume a dang thing.

Back inside, lots of gathering spots–especially good for geeking.

That’s one end of the kitchen. I showed you shots of this other end last time, but here are a few more.

I love this fridge so much. Would love to see it operational again. (Like I’ve got a stake. Oh Patricia!)

From the kitchen looking through the entrance hall and into the living room.

To the left of the portrait, more art.

Baskets atop the bookcase.

Uh oh, someone is in trouble.

There were all these great surprises, like Chad. Feel free to write your own story about Chad.

Some free association here. I hope you’ll forgive me.

We did finally make it down to that ocean. Bill discovered it was colder than expected. Guess it’s the same Pacific Ocean we have up here in Oregon.

Then we saw whales out there. This became the impetus for our next adventure–a trip in the ocean via a 40′ Catamaran.

Sadly, we did not see whales when we out to sea. But we met nice people–a family from Lithuania and a couple originally from South Africa. And we had a blast. Except for Bill, whose stomach did not appreciate the ride. 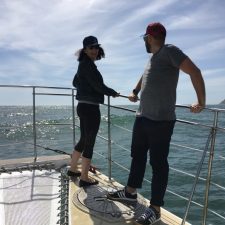 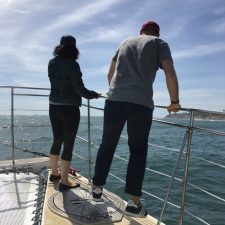 You can sail quite high if you catch the wave just right. Hang on! 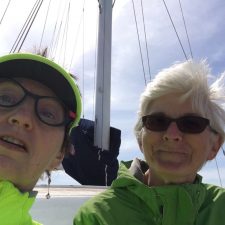 I didn’t know that Santa Barbara’s coastline makes it ideal for whale watching. It allows the moms to usher their calves closer to shore. We saw several from the beach, include one popping its head way up out of the water. I’ve since learned this is call “spyhopping.” How about that? It’s having a wee lookabout.

And then on the way back to the mission house, so many terrific plants.

In conclusion: go to Santa Barbara if you get the chance. There are so many great things to see, and the weather ain’t bad either.