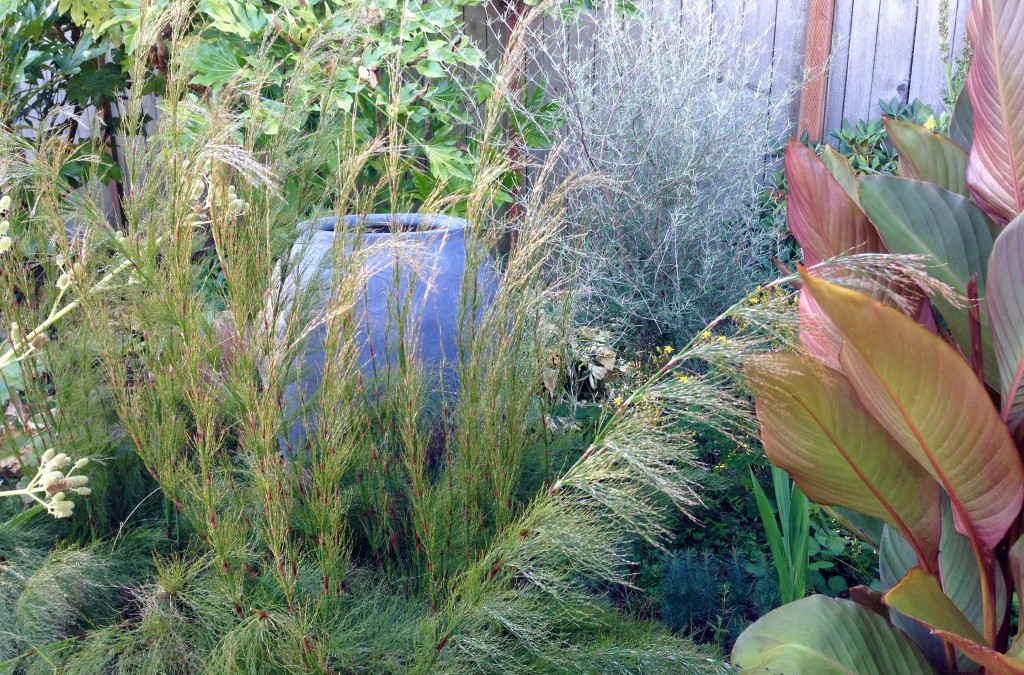 On the time moving quickly front, I’ve got plans up my sleeve that I’d love to implement this season. For me it’s a matter of sorting out priorities, then figuring out which thing gets done first. I generally find if I just can get the ball rolling–a start anywhere philosophy–things can happen. Discovery is in the process right? Or does this fall into the 6 Ps category. Proper planning prevents piss-poor performance. Can I go with a little of both? That’s a thing, right?

As much as I love the work of the many great designers around these parts, I also like my own amateur hour (and hours) thrown in–a labor or love. Not to mention, tell Jabba I don’t have the money with me.

This year I plan to define borders in the back garden. I keep saying that I want straight lines for a more contemporary look. And yet…

This first photo shows the path from the “staging area” with the south-facing Hot Bed to the left. Foreground spiky guy is the infamous Yucca whipplei, just biding its time to stab me. Also showing is Genista aetnenis and Hesperaloe parviflora.

The first year, when I had sod removed, I asked the contractor to square off the corners. And then as soon as I saw the first one, it seemed wrong. So I took it back right away, and asked them curve the corners instead. Oh ye, of little faith!

And then I made a giant horseshoe–inspiration via free mulch from a neighbor last fall. That fountainy spiky guy is Nolina ‘La Siberica’. I LOVE  that plant. There are several planted at Cistus Nursery. I should probably get at least 2 more–and so should you.

A wider shot. Peter Herpst aka Outlaw Gardener, made suggestions for this back corner way back in spring when we had a blogger plant exchange. I’m still thinking about it. Though in my defense, I have added a few plants there since. A Stewartia gemmata, Elaeagnus x ebbingei ‘Gilt Edge’, and an Azara microphylla.

At the time, Peter suggested I move the Fatsias japonica eastward, and it sounded like a brilliant idea–and also hard. Thus I have not.

And then the back-fence straights, on the south side (shown in the picture atop this post during the past summer season.)

A little detour here, because I plan to pull the tropicals out of the back garden and put them in a new round or rectangular bed. Another case where I say rectangular, but you can clearly see the shape of my test area.

Maybe it’s like paint, wherein I never like the first couple patches. I need to paint a whole wall to see if I like it. And often, then live with it for a couple weeks–maybe even months–before I decide. 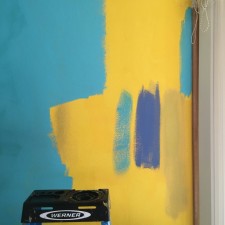 Maybe I can tell what I want with a few swatches. 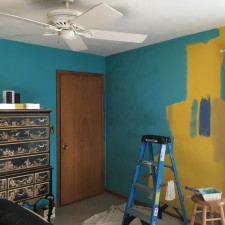 The whole wall was yellow for months, so I could consider the color. 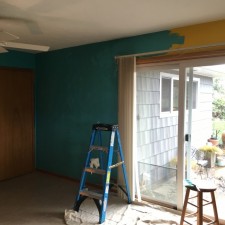 Who am I trying to kid. Must paint entire wall before I’ll know.

My point is, it may be that I need to implement more than one corner of the garden before I decide. Yes?

Almost all the way around.

And back to the house and patio.

Back of the house is south-facing, and home of the Hot Bed.

The other big thing, pathways. I need them on either side of the house. I’m tired of walking through the grass–and trying to maneuver a wheel barrow across it. And you know who has pathway and edging I really admire, yep, Ms. Divine Danger Garden Herownselves. Something like that is what I have in mind, because I’m an original thinker and all. Hey, I know a good idea when I see it, and I’m not above borrowing it.

Our house is between two other yards that mold into ours. So I suppose I need talk with the neighbors. I know what I can do whatever I want on our side–and maybe that’s good enough. But I might influence them to follow suit. It’d be great to treat all as a continuous garden theme.

The giant hydrangea is in my neighbors yard. We have big lots for the city, but the space between the houses is kinda tight.

My former neighbors Janet and John Savage let me garden between our houses, and they can vouch for me. Boy, do I miss them, and not just because I could plant whatever I wanted in their yard!

I watched as Janet painted this picture in her backyard, and now I have a giclée version of my very own.

I’d love to hear your ideas–on my plans and yours.

UPDATE. I’m adding a couple pictures of the side yards where I’m contemplating a 2X2 paver path. Such a tight fit between our house and our neighbors’.

And the yard to west. At it’s narrowest point, our share is about 4′. The fence behind the Magnolia macrophylla var. ashei is 6′ plus the gate.

See, tight. So straight paths are going in here!

Thanks for your thoughtful comments.