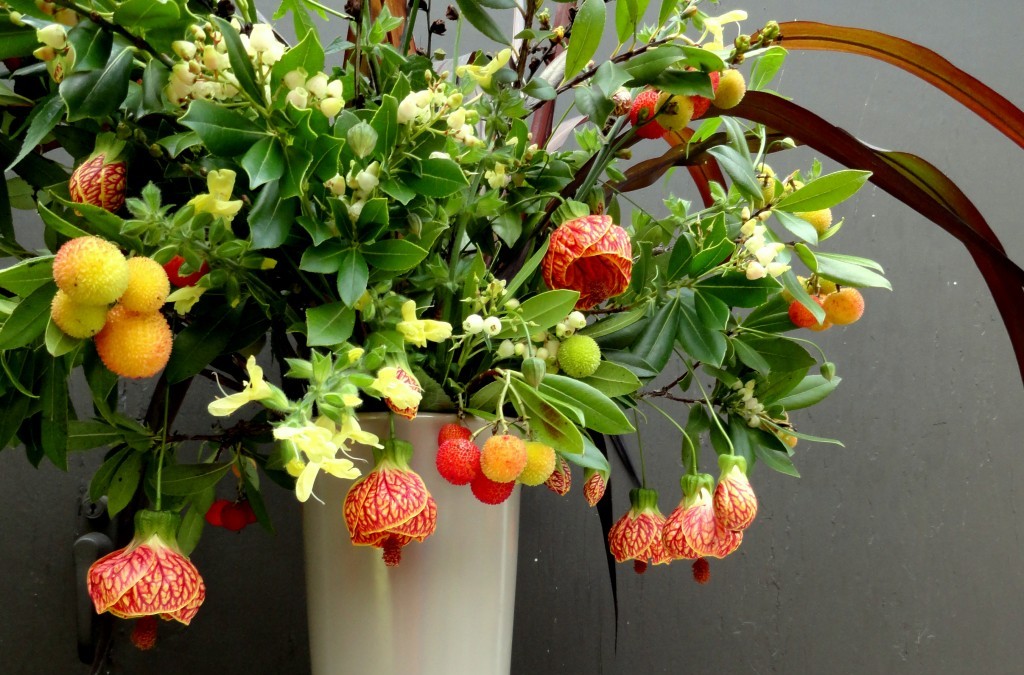 There are many popular internet memes for Garden Bloggers who wish to participate: Bloom Day, Foliage Follow-up and Wordless Wednesday, to name just three. On my personal blog, danger garden, I’ve never missed a Bloomday, frequently join in the foliage fun and have occasionally been wordless on a Wednesday. I have, however, never participated in In a Vase on Monday, and that’s a shame. 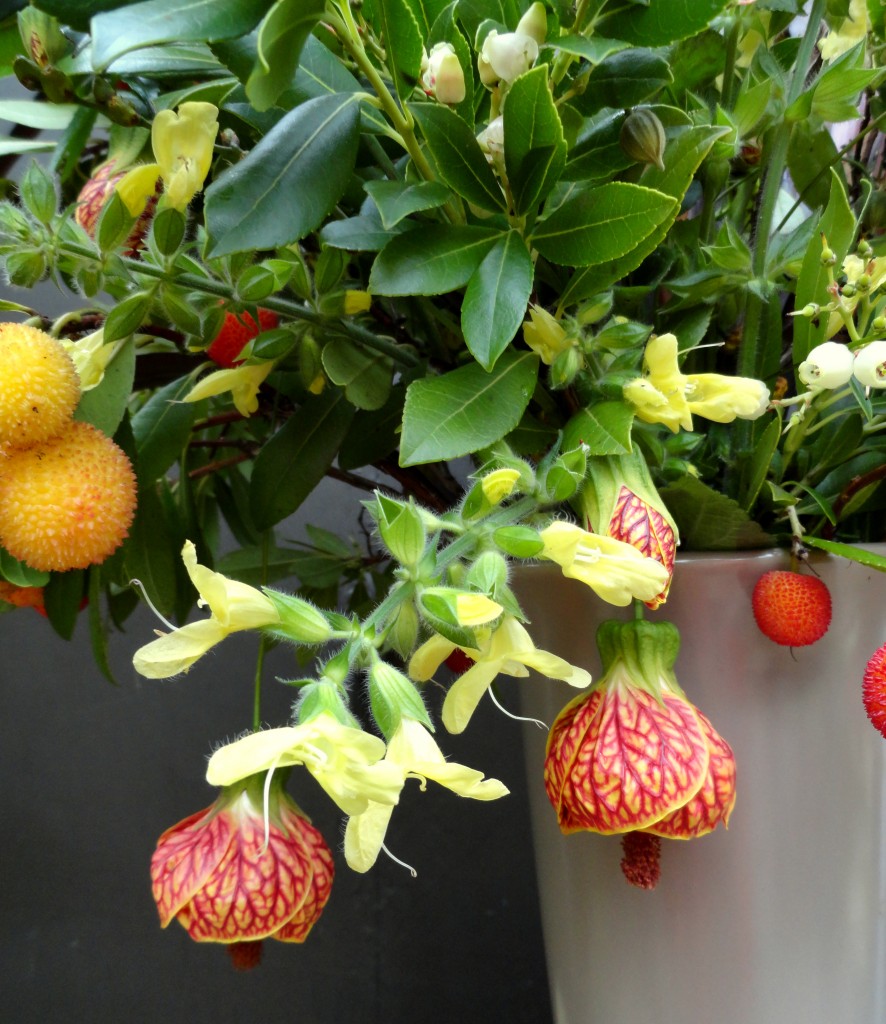 Why? I am a firm believer in bringing pieces of the garden into the house, especially in the winter months when we’re not outside (as much anyway) to enjoy.

My vase creations usually follow closely the way I plant-up outside containers, I tend not to mix things. If I’ve pruned an arctostaphylos several cuttings will end up inside in a vase. When I lifted the tender Echeveria ‘Black Prince’ to overwinter indoors their blooms were cut and went into a vase. 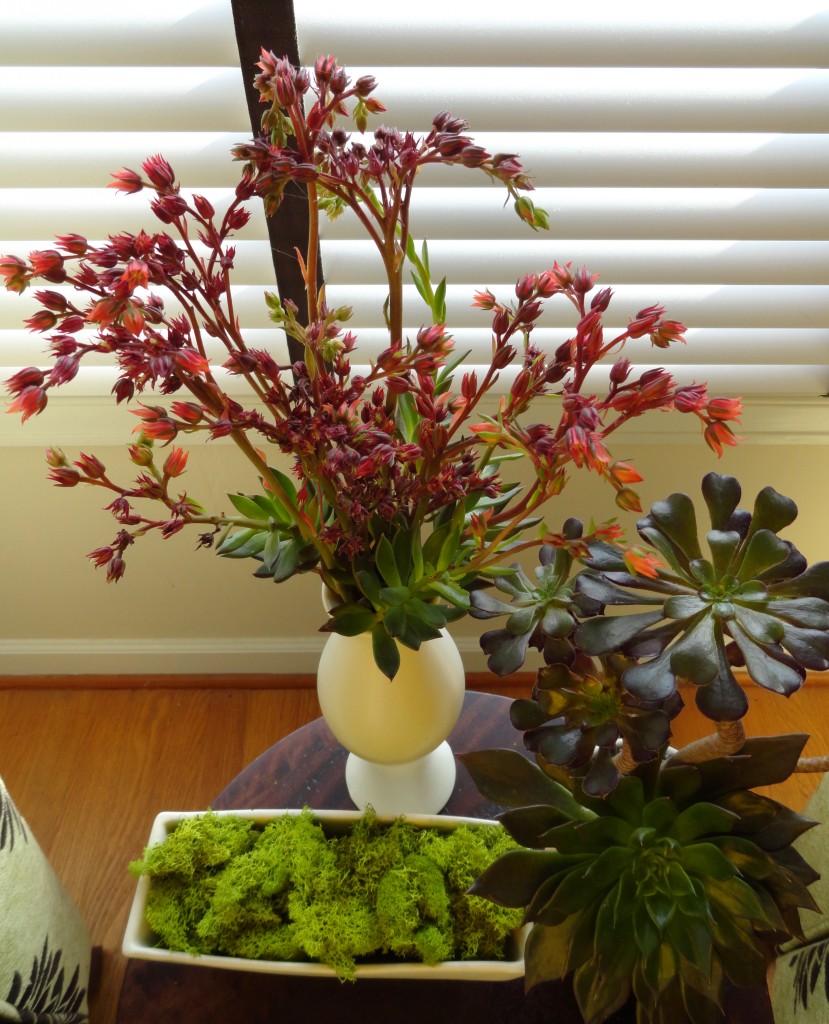 Heck even a broken Melianthus major ‘Antonow’s Blue’ stem will end up tucked in a wall pocket (I do have a bit of a vase collection). Since the autumn rains have returned here in Portland and I’m feeling a bit of disconnect from the garden I thought I would challenge myself to go out and collect branches and blooms and bring them indoors to build a mixed bouquet in the spirit of the meme “In a Vase on Monday”…here is the result… 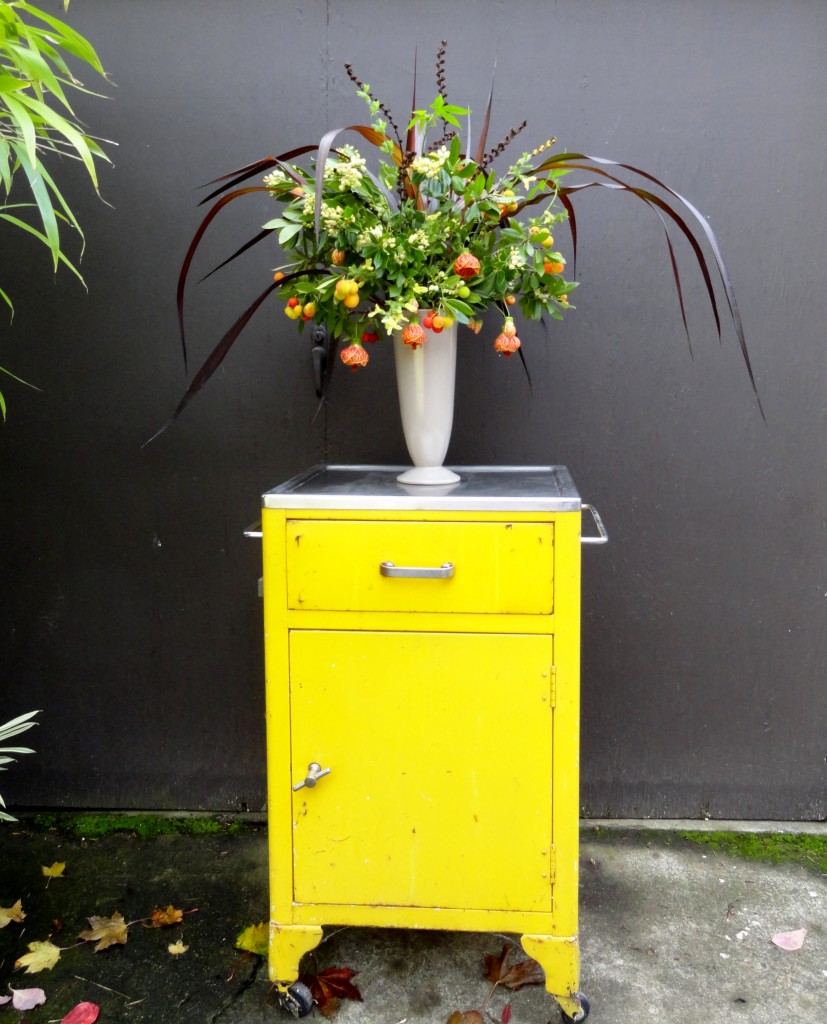 I started out thinking about the things I missed, since I’m no longer spending my afternoons working on the patio. Then also things that have exploded with growth and could use a little cutting back, the Pennisetum purpureum ‘Vertigo’ certainly fits that description and I do love a little drama in an arrangement. 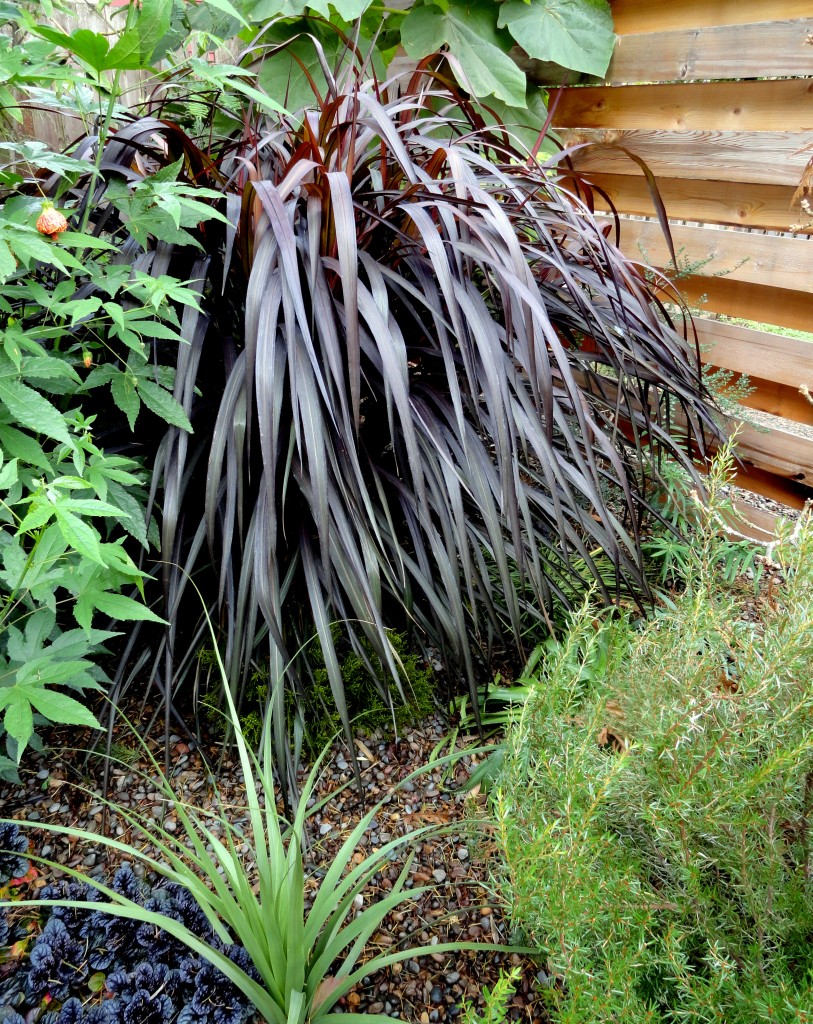 Thinking about what I wanted this creation to be, basically “autumn in a vase,” it hit me, I needed berries! There are only a few plants in my garden that produce fall berries, some of the mahonia are already underway as are a couple of the Aucuba japonica ‘Longifolia’ but they’re not really of size to prune. So instead I did a little foraging. Just a block away there’s a fabulous Arbutus unedo in an unoccupied lot that could benefit from a little pruning. See how the left side needs to be trimmed up a bit? 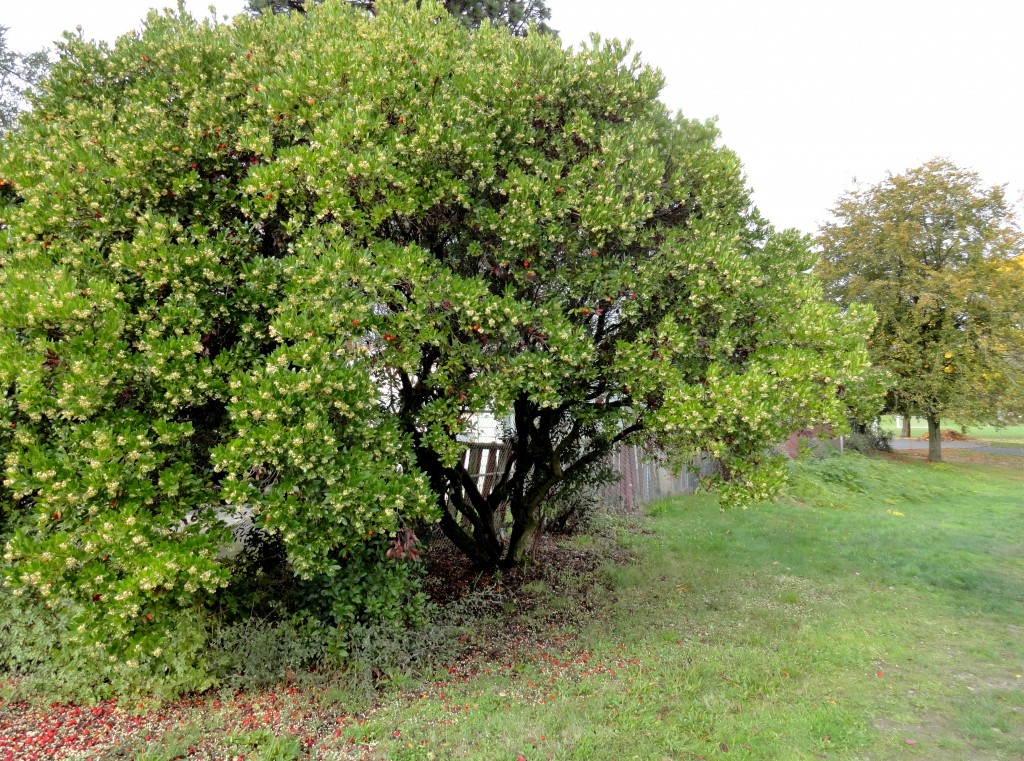 The best part is there are both blooms and berries on the plant at the same time, it’s practically screaming to be put in a vase! 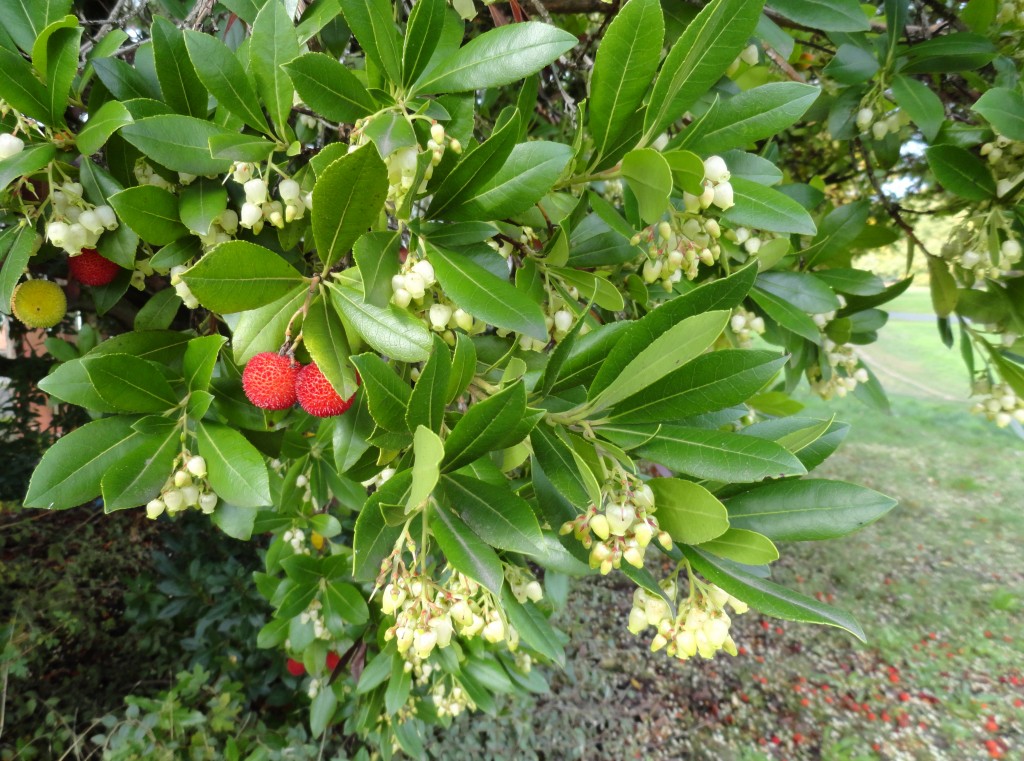 Back in my garden I knew I needed to include the blooms of the Abutilon ‘Red Tiger‘, it’s tragic they’ve been out there blooming away and I’ve not been able to properly enjoy them. 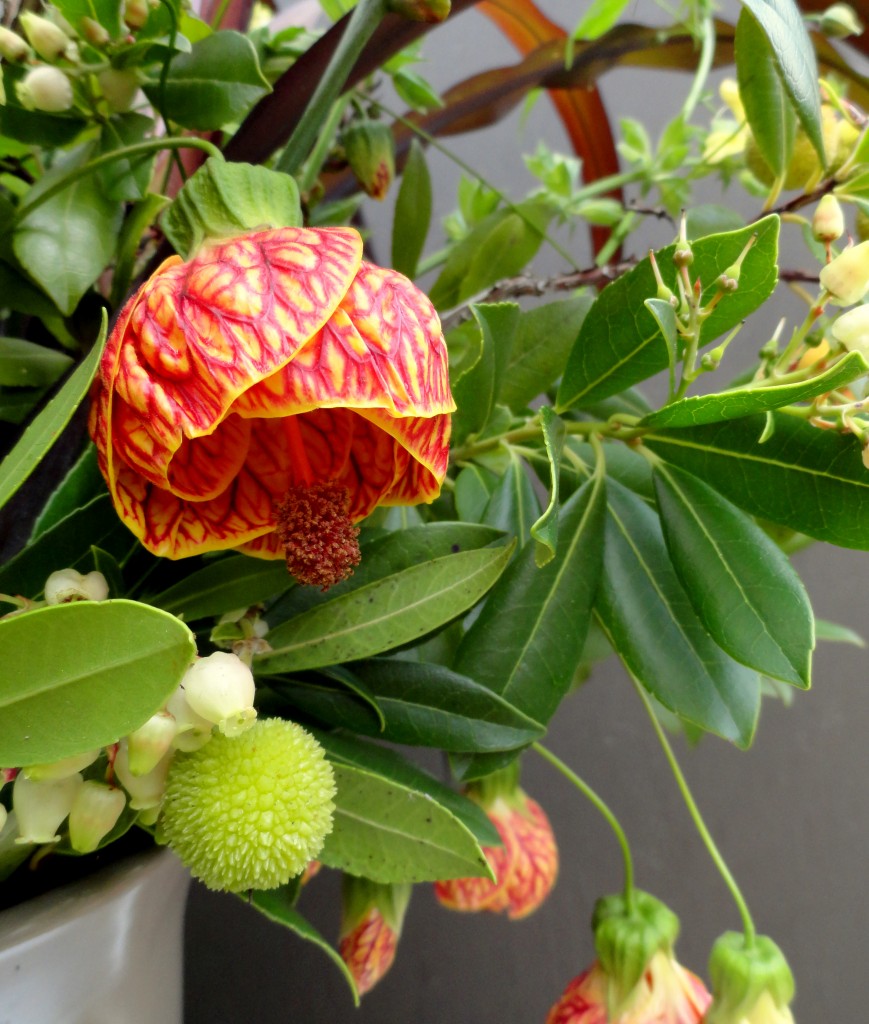 The arbutus berries echo the colors of the abutilon nicely. 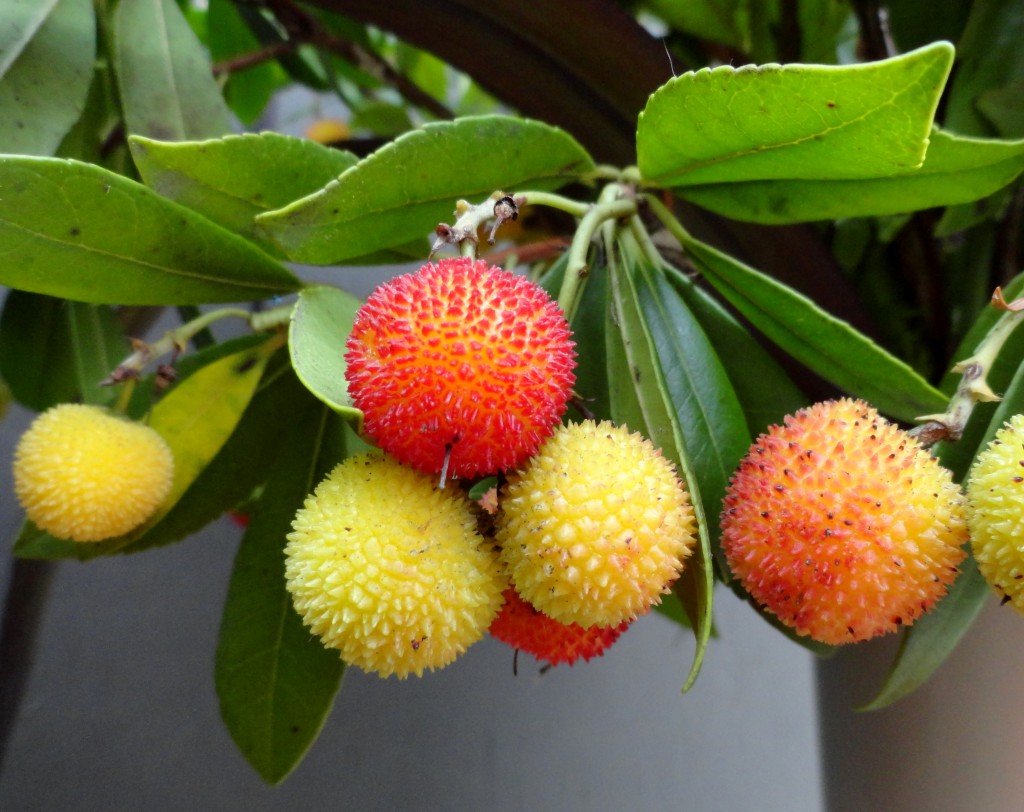 The flowers of Salvia koyamae (something I never would have thought to plant in my garden but was a pass along from Andrew Keys) add a touch of yellow, as do the seed pods of Crocosmia ‘Orangeade’. 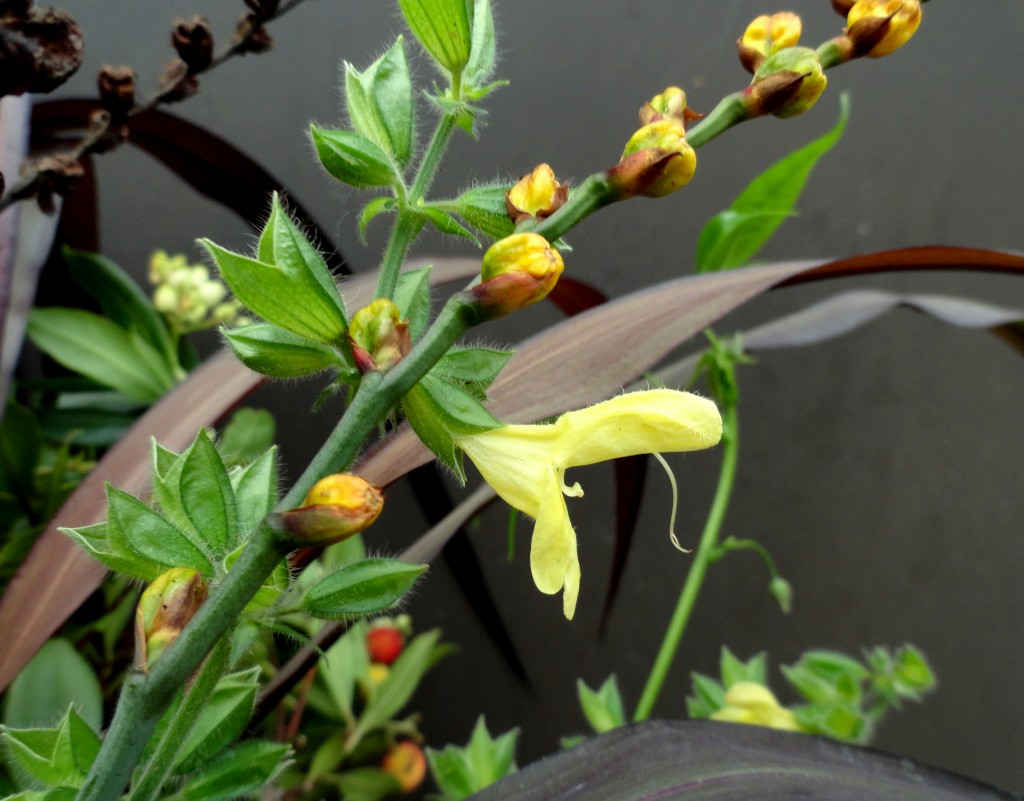 Another view of the salvia and crocosmia, both slightly past their prime (flowers fallen and seed pods turned brown). 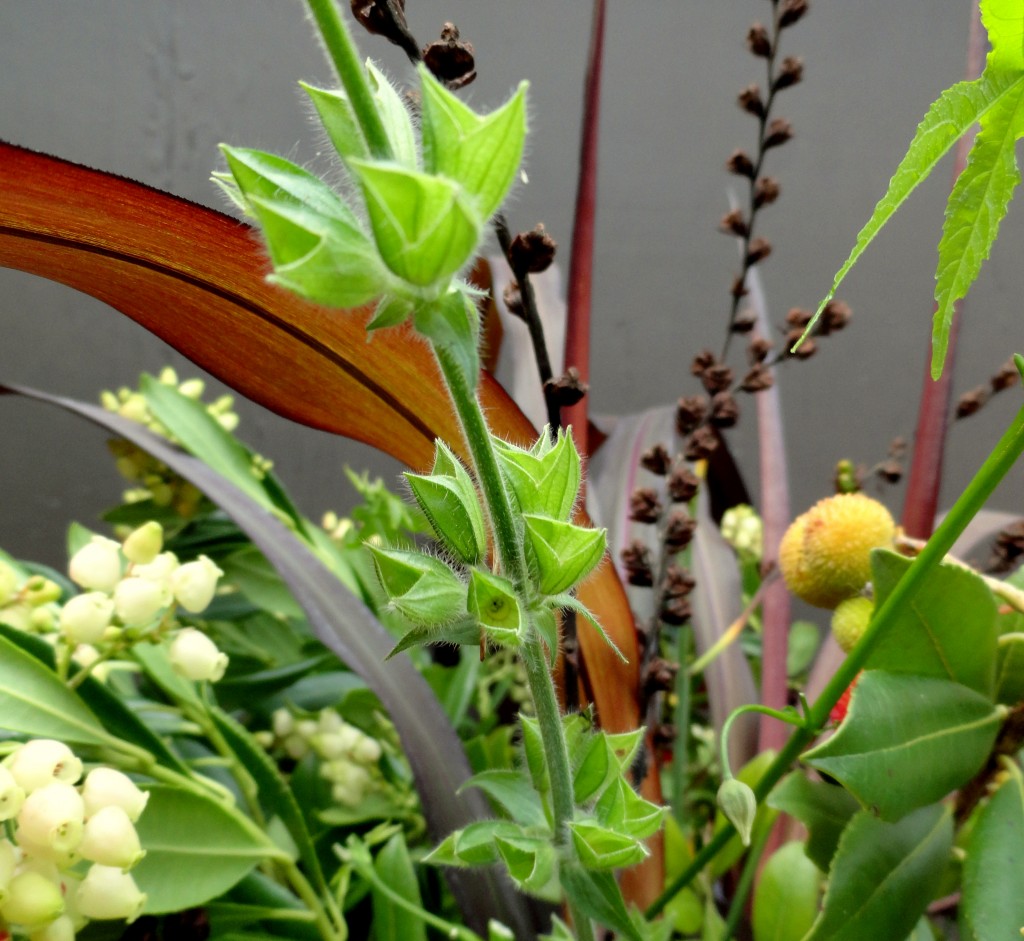 I believe all of these elements will last quite awhile as cut stems – I’ve learned from experience not everything does (I’m looking at you Salvia discolor!). 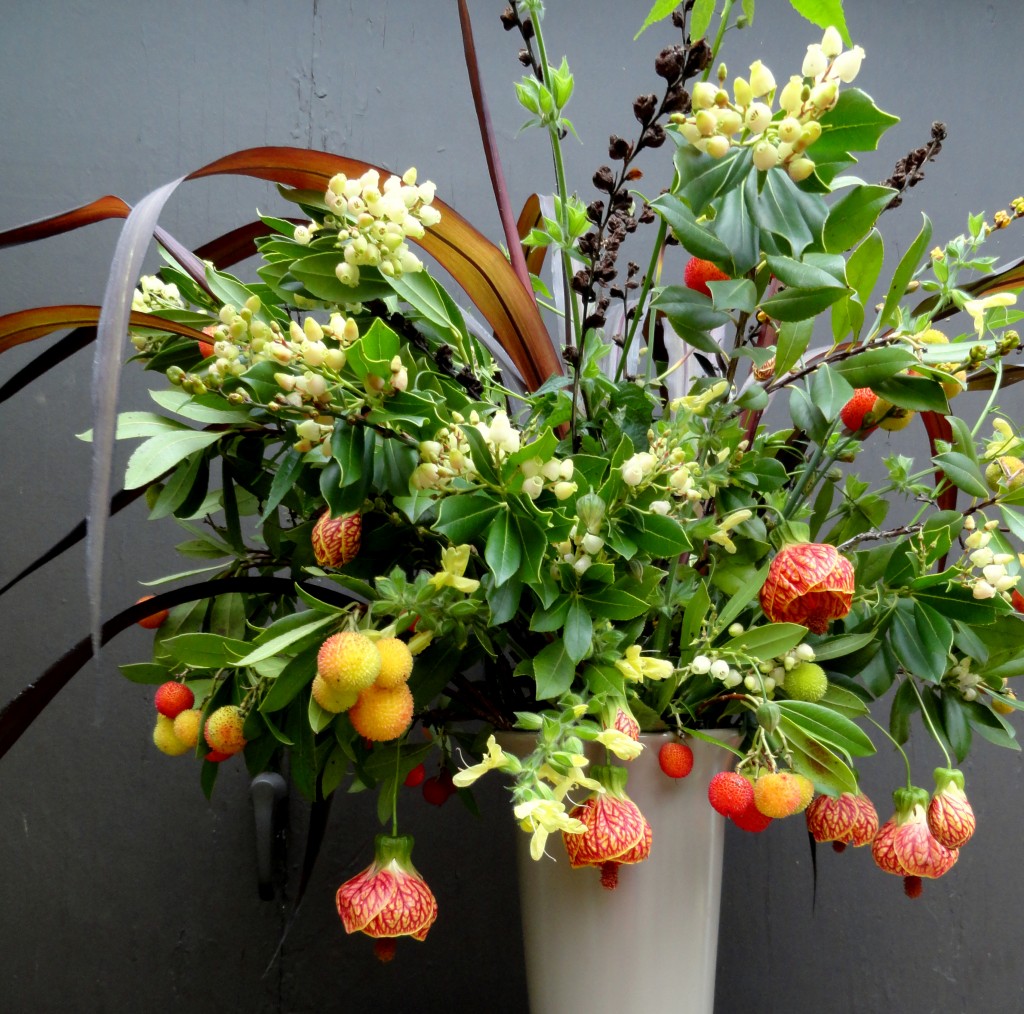 This was such a fun exercise I may just have to repeat it thought the upcoming weeks, bringing a little garden indoors is good for the spirit. And after all these plants are still calling to me… 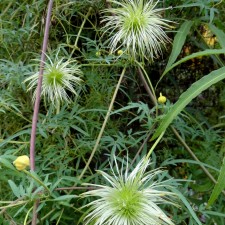 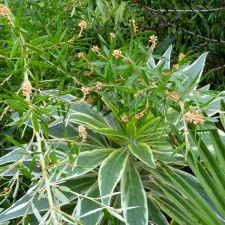 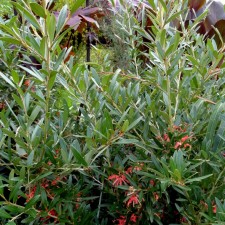 What about you, do you bring bits from the garden inside to enjoy? Well, now I need to go find a place indoors for this rather large celebration of autumn… 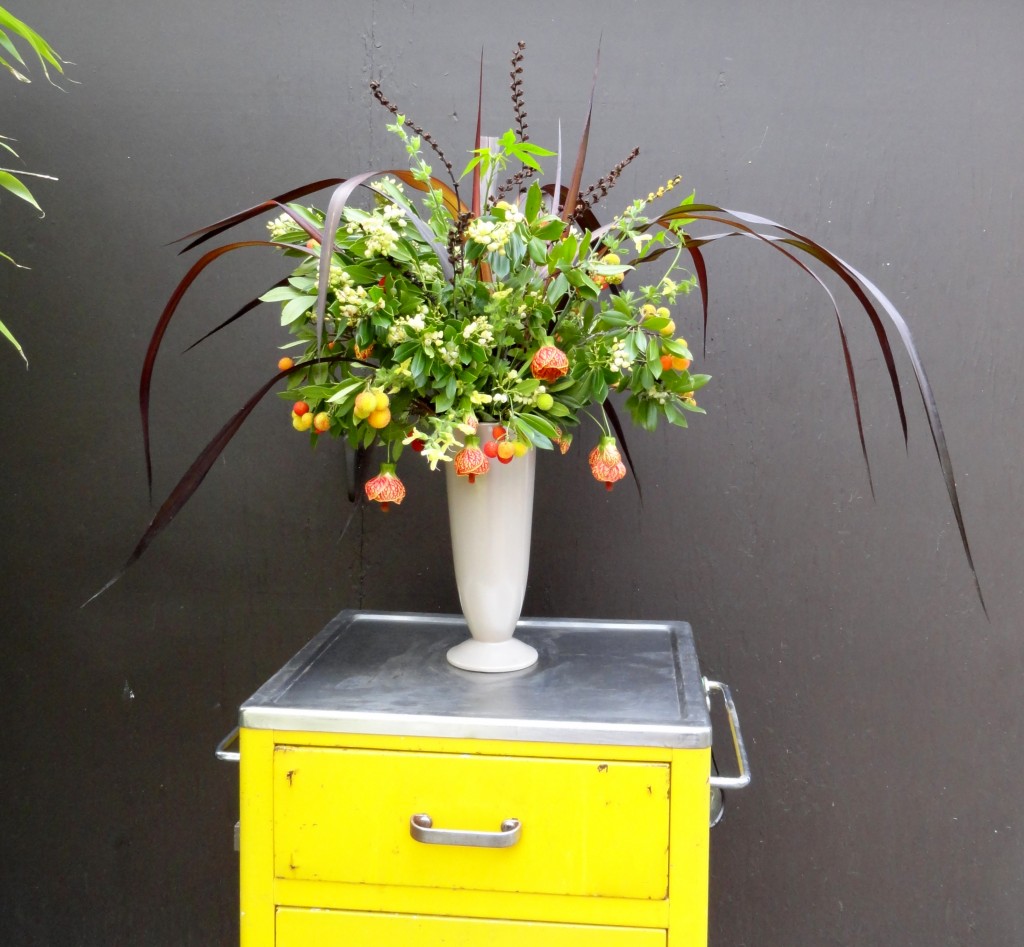