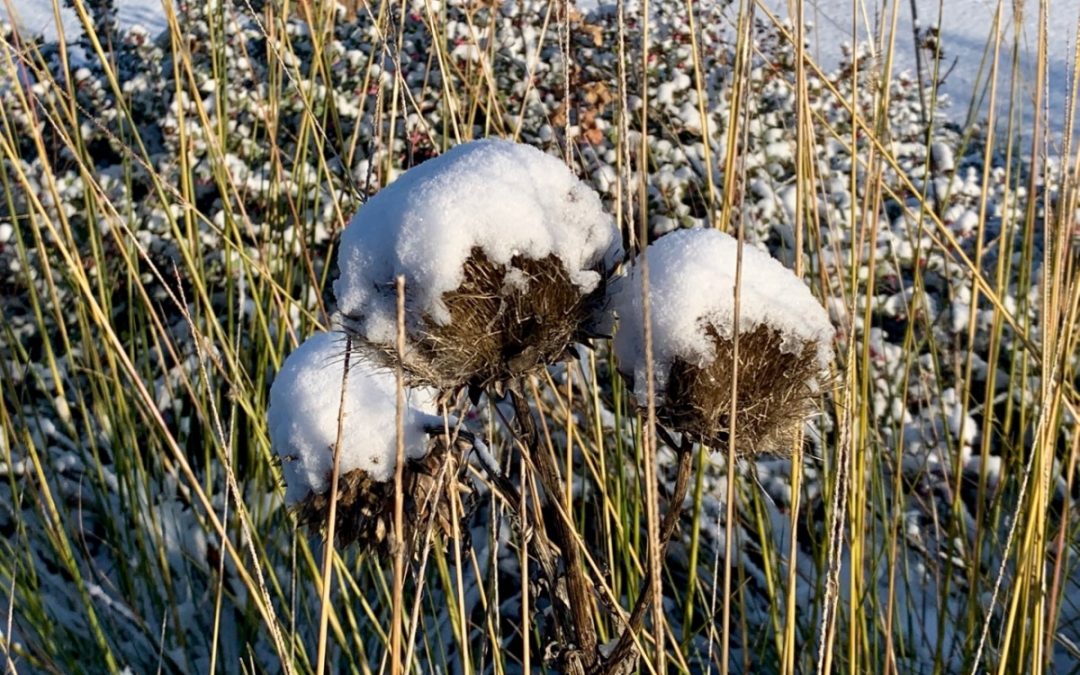 When we first heard the forecast, Bill lamented not having Champagne in stock. It’s a tradition. We watched the first flurries from our toasty living room. It was no blizzard, but lovely just the same. Bill started a fire. The dog slept. We ate lunch on the sofa and had a glass of wine.

It was early in the day, but after all, snow. The forecasts had been all over, though most said no accumulation “on the valley floor,” that’s the Willamette Valley floor. They always says that.

There are two sorts of people in this town. Those who who delight in the mention of snow–primarily peeps born and raised here–and those who bah humbug it up one side and down the other. Weather peeps says it’s notoriously difficult to forecast around these parts–mountains, ocean, and Columbia Gorge. Fine. But for a good many of us, possibility of snow sends our hearts soaring. So, come on, don’t spoil our good time.

However. They are now forecasting a stretch of low overnight temperatures for the week and beyond, mostly without snow, unless maybe Saturday. That’s a horse of a different color. The overnight lows, that is. And in even later breaking news, maybe more real snow next week.

As for my poor plants, I can’t tell you how many times I considered digging and hauling that Bulbine and to the basement.

The setup isn’t beautiful. But they’re inside. Maybe two racks next year. Unless I follow through and stop with the tender plants. Hahaha.

Back outside with the Bulbine. Gamblers beware.

And this Blue Chalk Fingers. It was so mild. I thought, it’ll probably be okay. 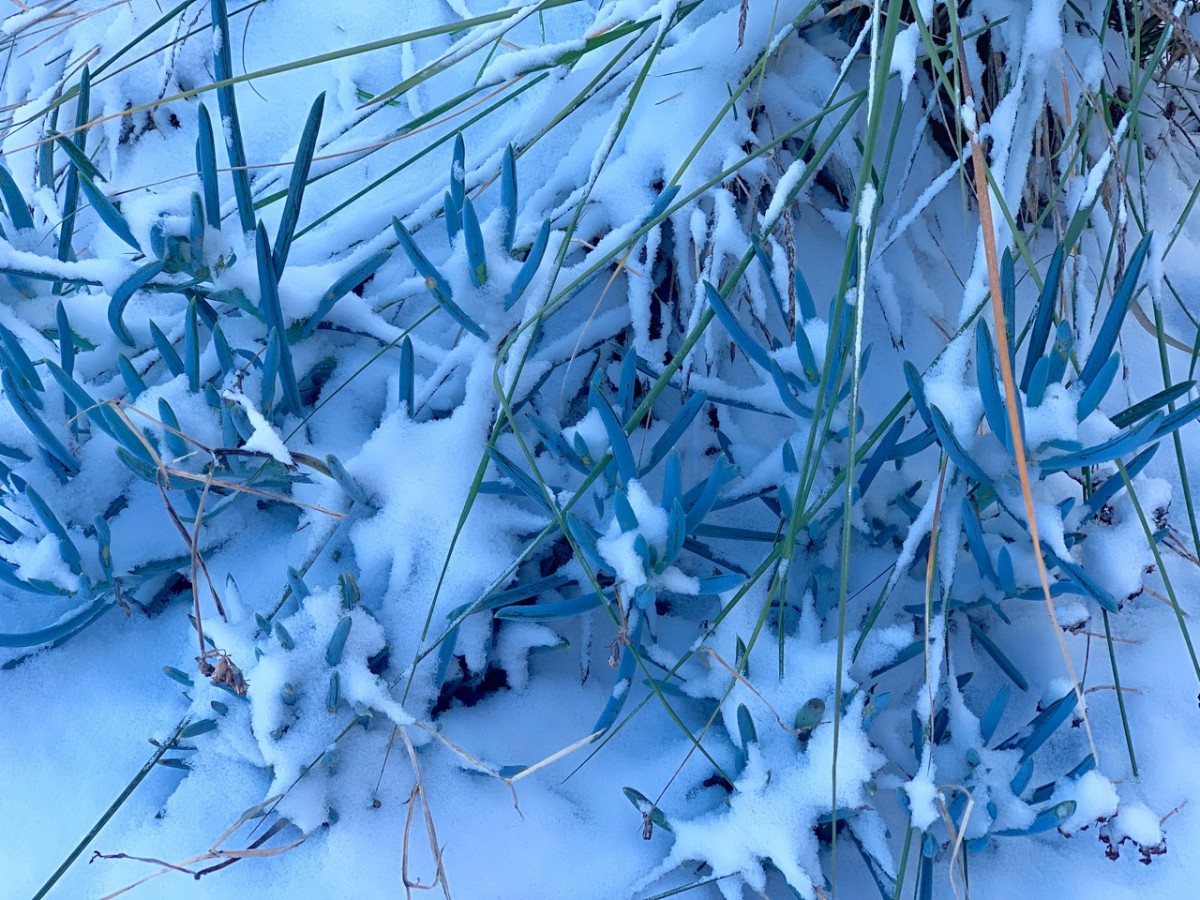 I’ve been avoiding Phormiums the past few years because of the unfortunate winter when gardeners lost them pretty much citywide. Someone will remember the year–but recalling the year when this or that happened is not my strong suit. I got it from my mom. Mom always pointed over her shoulder to indicate direction. Dad stood behind her, grinning and shaking his head, pointing the other way. In good humor. So sweet, my mom and dad.

Here’s the Phormium that I lost–whatever year it was. I loved this grouping so much. The photo was date stamped 2013. Only 6 years ago. Really. Somehow I think I’ve got that wrong.

Anyway, I swore off Phormiums. Until I espied some beauties at Xera a season, or two, ago. And all bets were off.

Hope the Flax make it this time. I quite like them.

Upshot, in the denial zone, there will be losses. The price of limit pushing, right? I will lament the demise of my too-cold plants. But that’s never stopped me before, and I know I’m not alone. In the meantime, I will be celebrating the beauty that fell right out of the sky. And maybe squeeze in a quick trip to store before it happens again. We are out of Champagne after all.

P.S. Polar Vortex people, you have my deepest sympathies. It’s just crazy. I’m not going to rant about climate change here, but as fellow gardeners, I bet you can fill in your own blankety-blanks.