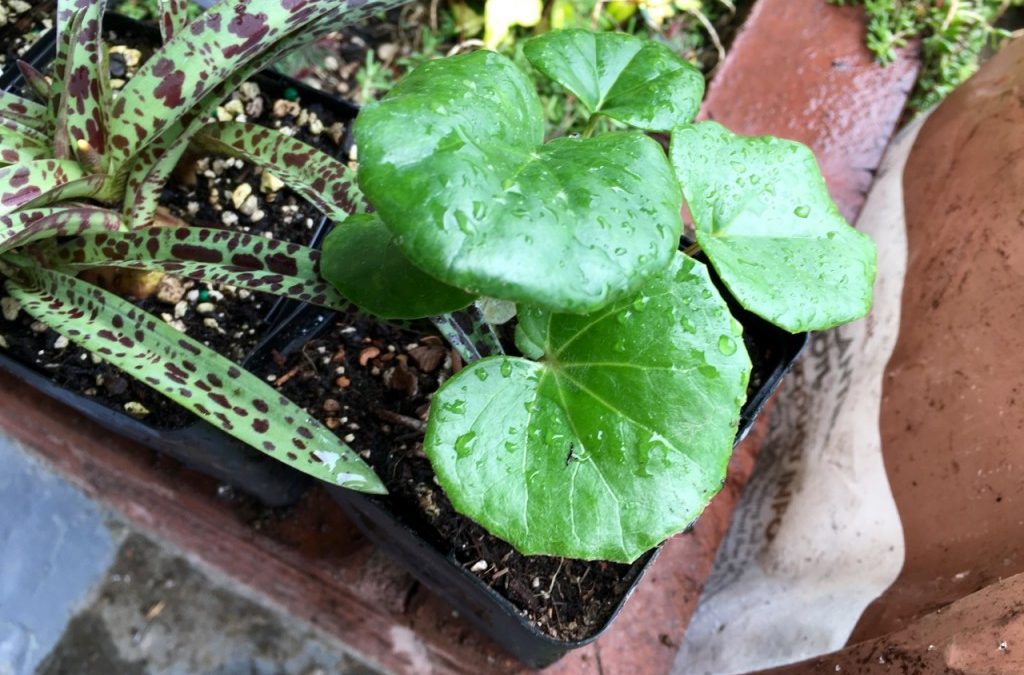 I swore I wasn’t going to buy any new plants before I had my garden weeded, composted, and rearranged. Hahahaha. Turns out that wasn’t true, and it never has been. Bloggers from our area were recently invited to Little Prince of Oregon for a shopping spree. All bets and all budgets were off.

Seemed easy enough when we first pulled up. I did park a tad askew to avoid crushing the Smart Alecks’ shopping wagon. Matthew and Alan, I’m looking at you. I saw the selfsame cart at Costco later that week, but did I buy it?

Noooooo. Because I didn’t need it that very second. But I promise, at the next nursery shop-athon, I’ll be kicking myself. And, of course, the Alecks will be there looking pretty with theirs. 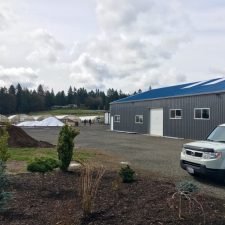 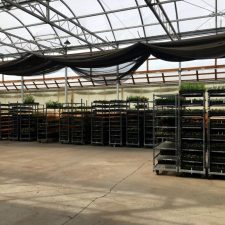 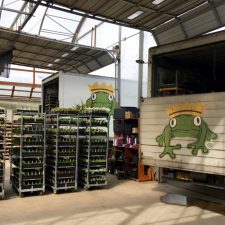 Soon, we were off to the greenhouses. No running. Everyone stay calm. They can’t see you if you don’t move.

The humid tropical house had good stuff. Wish I’d taken a picture of the mad scramble, but I was too busy joining the scramble.

How to choose amongst these beauties? We had an orange and yellow choice. I got the yellow, but neglected to record the name. Maybe it will look like this one I grew several years ago.

There were lots of ferns in the hot house too. This was our first greenhouse. How did I lose my system of recording plant names so quickly? I mean to photograph the name, and then the plant–so I know from the order or pictures what’s what.

Uh oh. Apparently I did a before and after version in some cases. It’s only the frilly distinctive fronds that gave away my change in strategy.

And the second photo after. I know. It doesn’t make sense to me either.

There were so many more ferns in the other hoop houses. I bought several. And sad to say, I cannot identify most of them. Note to self: study ferns, record names, and stay on focus.

I did a little better in the succulent department. It helped that most already had tags. 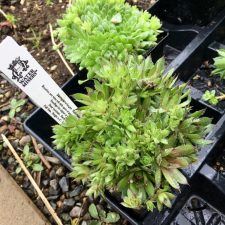 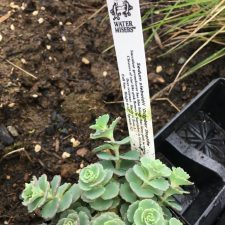 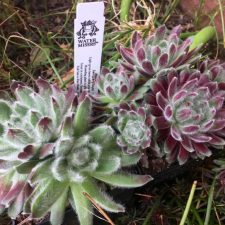 Wish I had a video of gardeners scurrying to and fro, stacking their treasures outside multiple greenhouse doors. Most of us had to drive around later & fetch our stashes–because they were too cumbersome to carry. Well, not the Alecks.

And then to make things even easier, Megan and I decided to combine our plants and sort them out later. In retrospect, it may not have been the most prudent plan. Some of my plants are at her house, and some of hers at mine. Though it doesn’t really matter. She’s my kid, and I know where she lives.

Into the car they go. I’m pretty happy with my Ikea bag packing at this point. (There’s a smaller taller version of the giant Ikea bag that works perfect for holding a flat.)

After a couple hours, with a break for lunch–and then more shopping, we headed out. And since we were in the neighborhood of another plant lust nursery, Secret Garden Growers, we stopped by there. Wish I’d taken a picture inside the greenhouse, but alas…

I did catch these great shots of proprietor Pat Thompson bringing in our treasures. 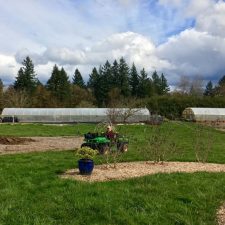 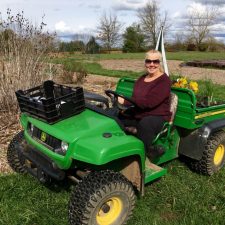 We got a few more treasures from Pat Thompson–owner and all around intrepid plantswoman.

And then team plant lust headed home, tired and hungry–and with our plants all mixed up.

How’s your early shopping going. Are you sticking to your list, or is it all bets off for you too?