a sampling from Huntington Gardens: part 2 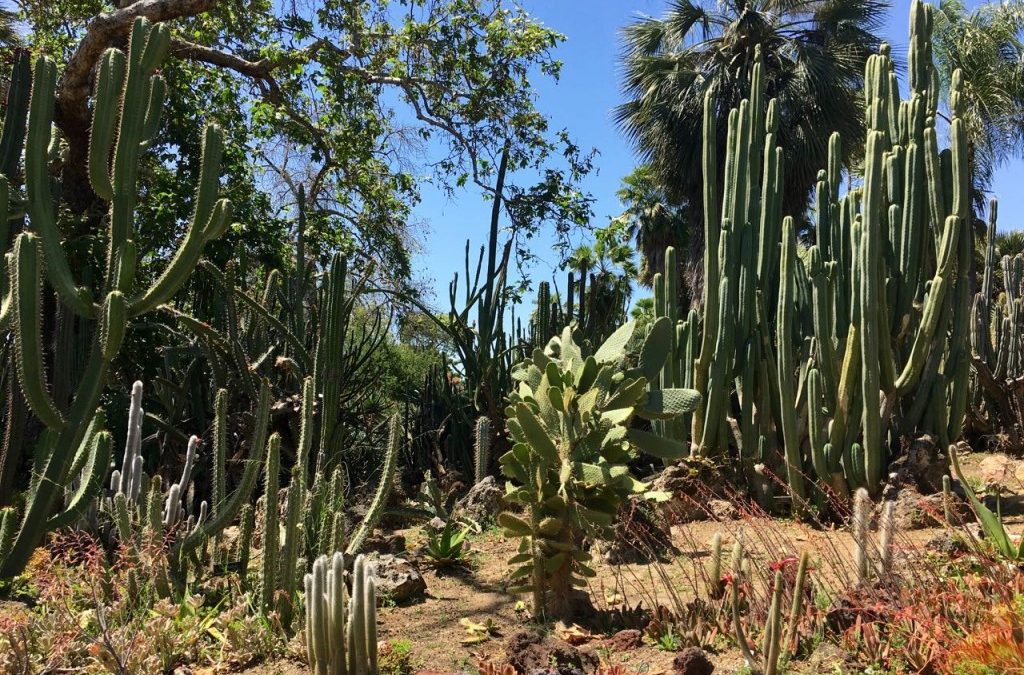 I don’t know how one tells a story about Huntington Gardens. I’m overwhelmed every time I try to sort photos into some logical order. I could make a career of studying the plants here–and which are likely to grow together naturally. Visiting this garden raised so many questions.

Thusly, I’ll give you pictures. For now, they can tell their own dang story.

To think how excited I am when I get a single bloom stalk on Hesperaloe. They do okay-ish in Portland, but nothing close to this extravagance.

I didn’t expect it look lush, but it did. Is this a time of year thing, or is it like this year round?

A sea of Aeonium. I never believe these can get by on little to no water, but “they” say it’s true. What say ye?

Something fantastic every which way. 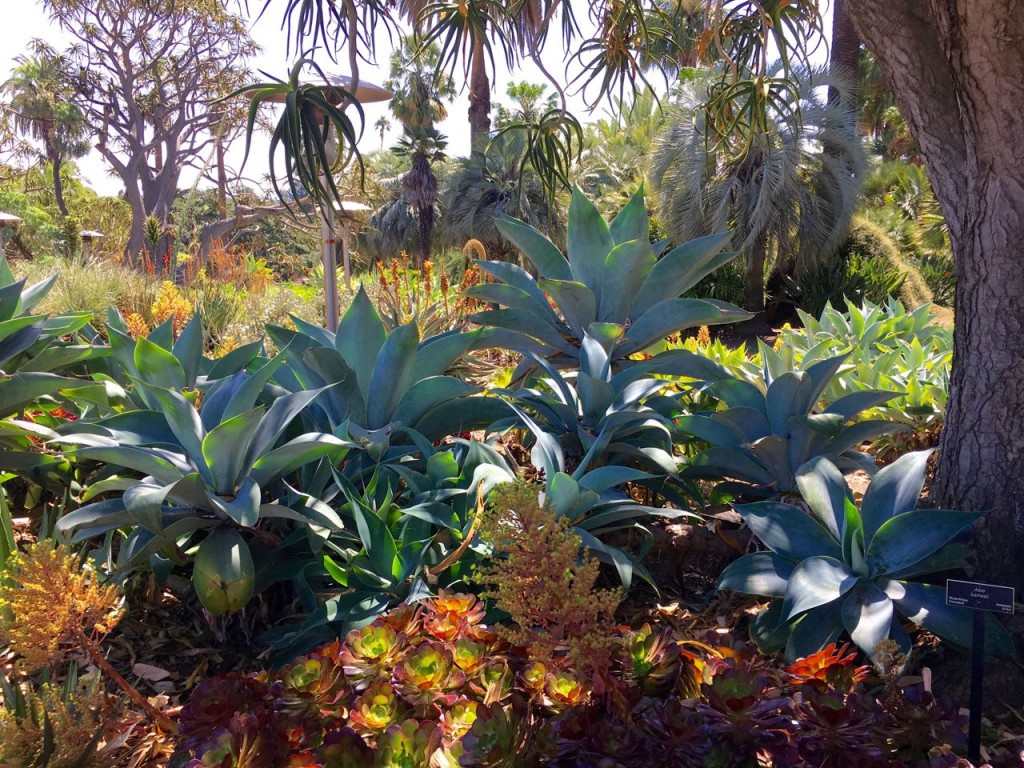 These plants don’t naturally occur together, or do they? They look terrific snuggled up together.

Is it wrong that Agave attenuata makes me want to take a bite?

I think this is A. american. Funny how some plants weren’t marked. Or else, I was so overwhelmed that I just missed it. I felt like a cartoon character with thought bubbles exploding around my head: Wow! Zam! Kapow!@#

Why yes, I’ll have a Chilean wine, though this did feel a little Wookie-ish on Endor.

Tree Aloe with sumptuous Agaves strewn about its ankles.

This tree had blooms that looked like Euphorbia. Do they come this big?

I like some photos with people. Megan in the flowing red kimono. And a nice unidentified couple in coordinating white and red. Then, Bill and Justin crossing paths.

Beautiful blue sky and sun. Another Tree Aloe. It was in the “staff only” section, which made me want to go right into there.

We saw a lot of little lizards scurrying about, but no snakes. At least not in this garden. Of course, that doesn’t mean they weren’t there, right?

I have many more photos to sort through and research, so I’ll leave it here for now. I would love to hear from people who know about these plants. I suspect some of them wouldn’t co-mingle on their own, but maybe they do. What do I know from warm zones.