procrastination and the Brugmansia 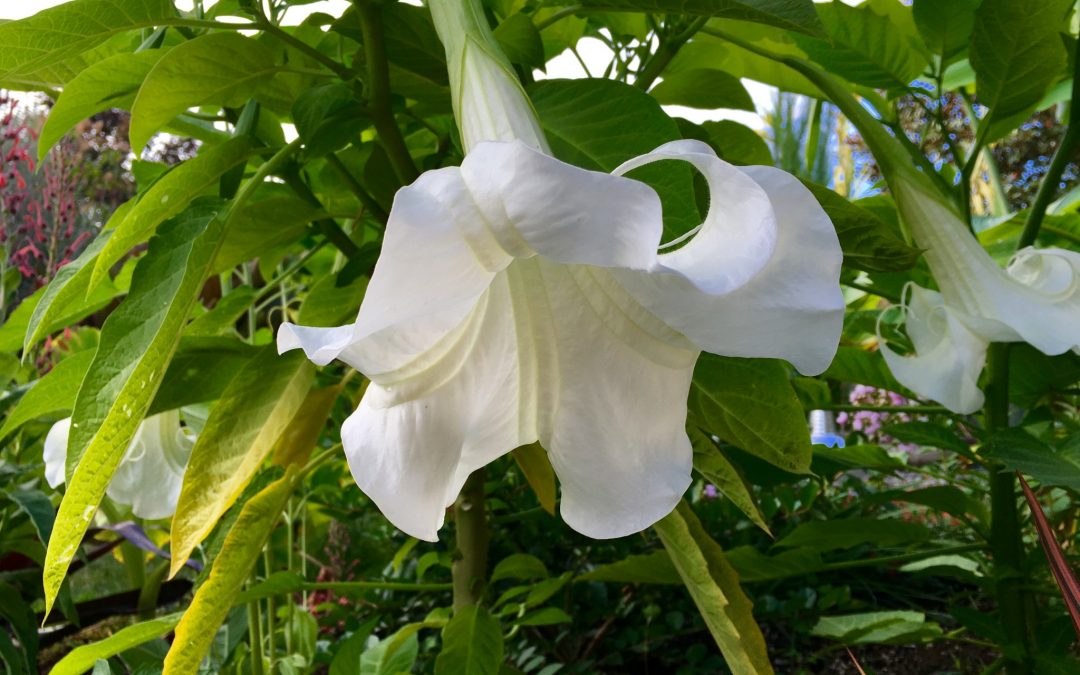 We’ve been experiencing a few technical difficulties with email notification of new plant lust blog posts. It’s our sincere hope that the situation is rectified. Thusly, it’d be grand to hear from you if you hear from us.

Here’s a little story about some good luck in the garden–at least so far. Instead of digging my Brugmansia, aka Angel Trumpet, and moving it to safe shelter, I stood around pulling my own tail and worrying about it. There were so many buds on the two plants. The Brugmansia ‘Single White’ had bloomed before; the other had not. I did not know its color, but I assumed it was the same plant. Wrong!

Above is a photo of the White Angel Trumpet a month or so after I bought it. Below, the plant today. (What about those inside doodahs? Don’t remember seeing those before on the other flowers. Was it trying to be a B. ‘Double White’. I’ve been looking at Brugs anatomy, but still can’t figure it out. What I don’t know is a lot.) 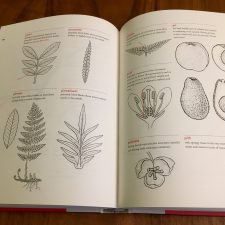 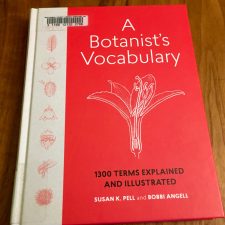 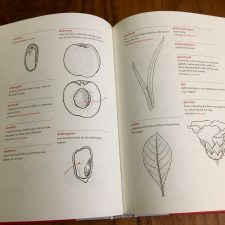 And this was supposed to be an easy peasy test post–without tons of research. Sheesh.

So. I’d yet to see the other Angel Trumpet bloom. And I super hate to admit this, but I neglected heck out of that poor little start–though I did manage to over winter it inside. Even I could manage something that small–and already potted up. ‘Charlie G’ was a gift from Bonney Lassie at last years bloggers’ swap. One really should take better care of gift plants. Honestly though, who could have imagined this little guy could grow so mighty?

I suppose a real gardener would have thought that. (How long does one remain a padawan, anyway?) So here is Charlie with buds, but alas, no blooms. All my Facebook gardening friends were discussing getting theirs inside.

To reiterate. What was I busy doing? Nothing, that’s what. And lucky me, mild weather ensued.

I thought I only liked white flowers, but that’s not true either. Look at these. Not bad, eh?

One more little thing, has anyone been success with leaving Brugmansia in the ground in zone 7b – 8b. Some of our nurseries show those as viable zones. Seems a little fishy, but I suppose it’s possible. I guess we’ll see if my inaction bears that out.