I thank you, rain gods 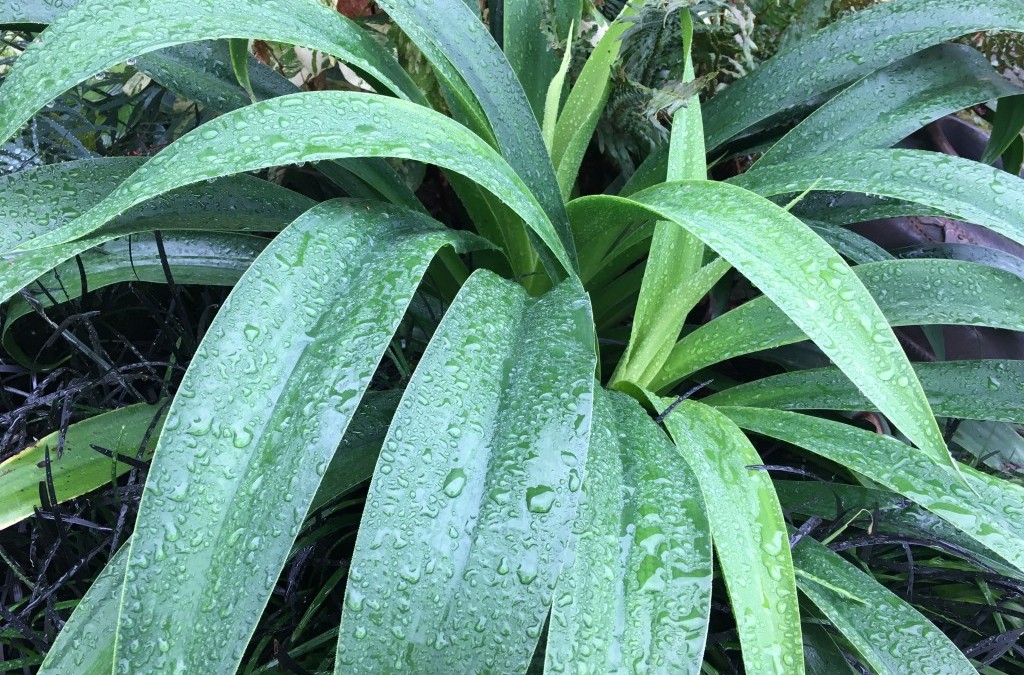 And the Jasmine Bed thanks you.

I swear, after that first drenching rain, you can feel the earth breathing a sign of relief. And if it’s not asking too much, rain gods, it would be lovely if this year, you could spread the wealth. A little more here: a little less there, you know, something like that. In fact, instead of the notion of wealth distribution, it’d probably be better to think of the rain more like a pot luck, wherein everyone brings a favorite dish–to share–and no one goes away hungry. Could you do it like that, huh, Rain Gods?

And to my fellow gardening peeps, I hope you’re not sick of this scenario. I meant to talk more about the rain, and worldwide peace–because isn’t it all overwhelming, things going on in places like Aleppo and Atlanta. But instead of despairing, I’m burying my head in this “Jasmine Bed.” (I sincerely hope this does not read as flip. But after so much dismal news, I’m thankful for gardening. Is it like that for you?)

So, the Jasmine Bed: This grouping is next to the porch, and I swear I swoon when I pass. That’s a good thing, right, planting something gorgeous on the pathway to your front door. Something I learned from a little bird, named Megan.

There’s a big wall of Trachelospermum jasminoides aka Star Jasmine backing this bed, thus the bed’s name. It was here when we moved in. Boy, is that stuff vigorous, but fortunately, can take a pruning. I gave it a buzz cut the winter before last, after wringing my hands and worrying I’d destroy it. Hah. I need to get after it again soon–before it eats the mail carrier.

I suppose I should show you that giant wall of Jasmine, though it’s kind of embarrassing. It all happened so fast, or else I forgot to look up beyond the part of the garden I love so much.

Vigorous, right? But Jasmine smells divine when it blooms–and it perfumes the entire house.

I came across this before picture–the way it was when we moved in. (We’re still trying to figure out a place for that trash can. The problem with skinny deep lots.) Apparently when it comes to tearing out plants, I don’t prevaricate around the bush with Spiraea–heartfelt apologies to Spiraea lovers.

But now, look at this rat’s nest forming under the eave. How crazy is that?

I want to somehow capture that mess O’vine. Not sure what I’d do with it, but it’s kinda cool. I’ll probably save until it’s good and dead and shriveled beyond hope and then put it in the recycling bin. 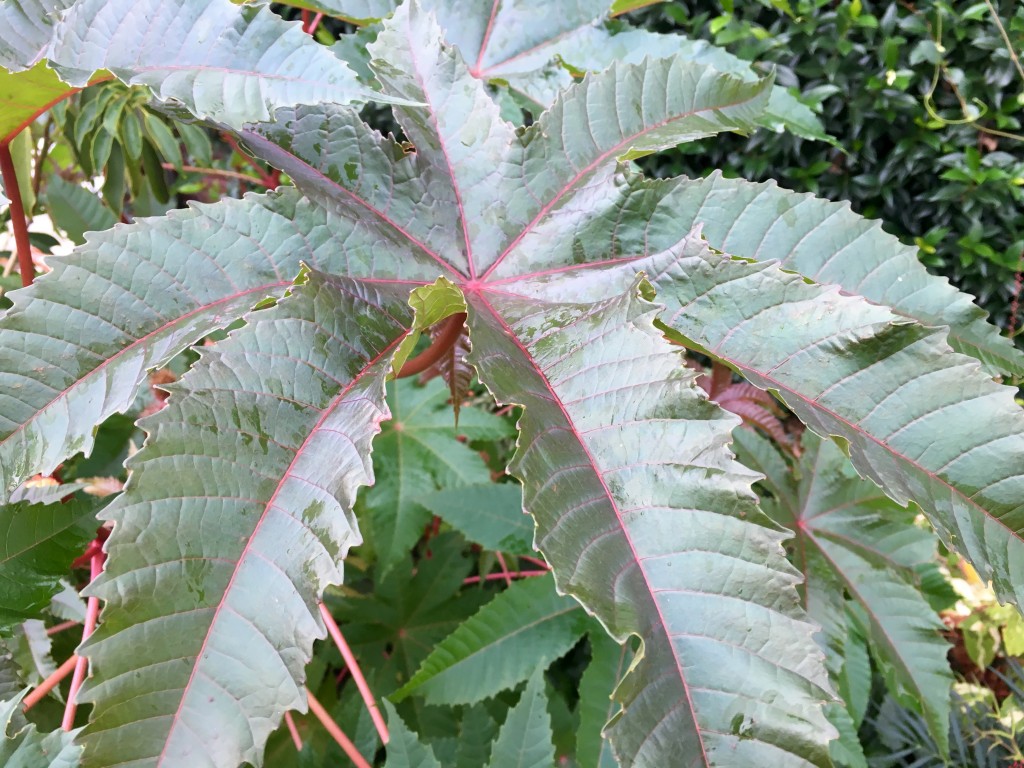 Ricinus communis in this garden too. With lots of Ophiopogon planiscarpus at its feet.

The Ricinus communis aka Castor Bean reseeded from a plant last year. I planned to pull it out too, but did I? Nooooo. And it’s threatening to eat my prized Trochodendron aralioides aka Japanese Wheel Tree. Isn’t it surprising how big and fast plants grow? (Unless they don’t, of course.)

The little fern is still in its pot. I’m torn about placement, because I like how it looks with the Ophiopogon. And then I read, Zone 9b on the tag. Oh heck. Do you think nestling it in with the Mondo Grass would keep it warm? (Hold the presses on the fern hardiness. I’ll take the tag in to the Xera dudes today and see if I’m reading it wrong.) But in theory, could you keep a plant warmer that way? Seems like it could be a thing.

I’ve got plenty of Black Mondo Grass to divide, but I’m dragging my heels on that too. I love this jam-pack look, and I really need to think about where else I’d like to see it. I put this in the ain’t broke (yet) category.

So apparently, I’m rambling and trying to work out plant juxtapositions on your dime. And this isn’t the problem I thought I was asking you to wrestle with me in the first place. I haven’t even gotten around to asking your advice about planting around the new patio area. Still contemplating that one. (Is it wrong for me to ask you to commiserate on my gardening challenges. I sure hope not. Because I rely on your good nature and generous advice.) Generally, I’m thinking soft and lush–with year round interested. And something for the birds and the bees. And if it could cook and deliver cocktails, that’d be perfect.

I’ll get back to you on that plan, but by all means, if you have ideas for me, feel free to send them, forthwith.