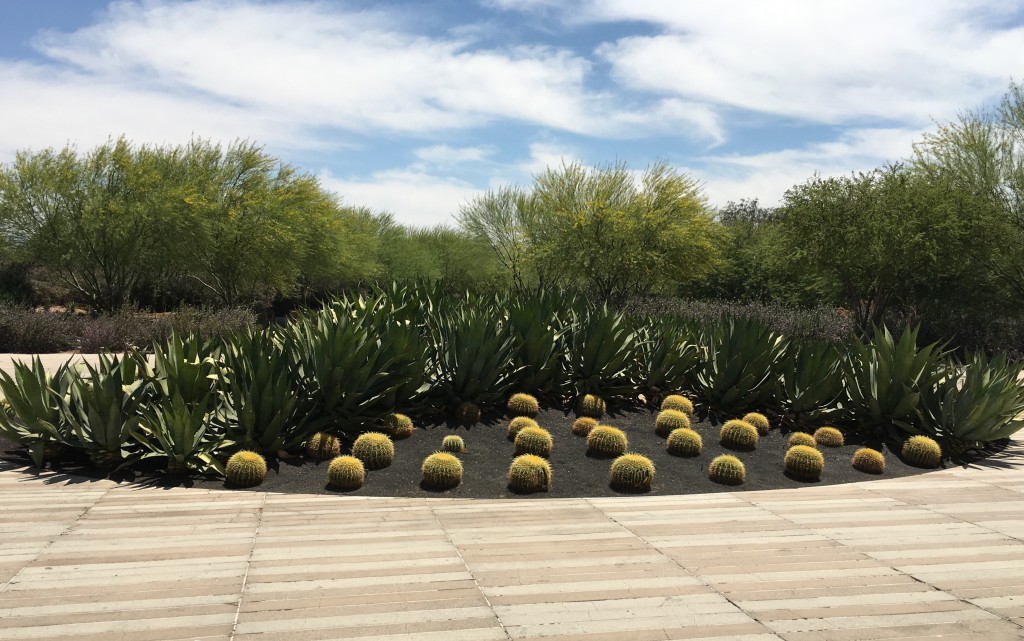 In my continuing saga, Stranger in a Strange land (kudos to Denise Maher for the pithy observation,) I’m trying to sort out how to think about Sunnylands–apparently a place of world-wide fame. I’m sure I missed the royal treatment generally reserved for visiting dignitaries, but still, in strolling the gardens–impressive though they be–I came away confused.

Why mass planting after mass planting? I wanted to grab a spade and mix things up. Of course, there was this to discourage me–if I were to be seriously inclined. Overall, though, I had strong deja vu of parochial-school confines.

And though I didn’t observe security–other than the cameras every 20′ surrounding the entire perimeter–I imagine someone would have appeared to stop me.

And a wider shot, but you see what I’m saying about the formations–a little soldierish. In fairness, this area did have nice trees.

And this–which was a lovely vista.

And more organization. Of course, now that I look at the pictures, I like it more than I thought I did when I was there.

Hah, I found a bed where things were intermingling a bit. That’s more like it.

I’m always looking for a place to park in the shade, and my son-in-law Justin (in all but the fine print) indulged me by finding one.

In looking at the photos, it seems more lush than it felt when we were there. The trees were lovely.

And there were some nice people sitting behind this vista who kindly took our photo. Public Service Announcement: when taking a group photo, get the feet too!

Ever so slight mixing it up.

I liked this bright bug, but couldn’t get him to turn around for me.

Soft and fluffy trees with grass in the desert. Hmmmm.

I purposely have not read a lot of other bloggers’ thoughts on Sunnylands. I didn’t want to be unduly influenced. But I will now. In trying to identify the plants, I stumbled upon pal Gerhard’s post. He knows stuff, and you can read about his take here. (In my sneak peek of his post, seems we had a similar reaction, though his is a more scholarly approach.) 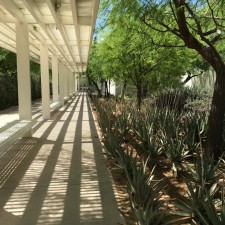 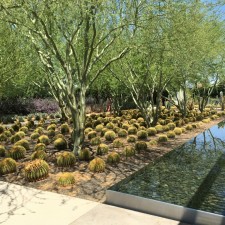 In fairness, the rocks in the reflecting pool vary in size. 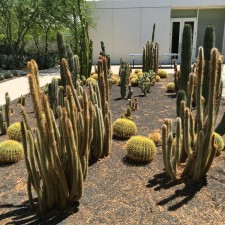 Unique photo, in so far as Megan is there.

In perusing Google images, I was struck by the similarity of our photos. That says something, doesn’t it, that in a garden this big, we all got the same shot? Access, regimentation, or something funny.

In fairness, the rocks in the reflecting pool vary in size.

Unique photo, in so far as Megan is there.