Less is more, or so they say… 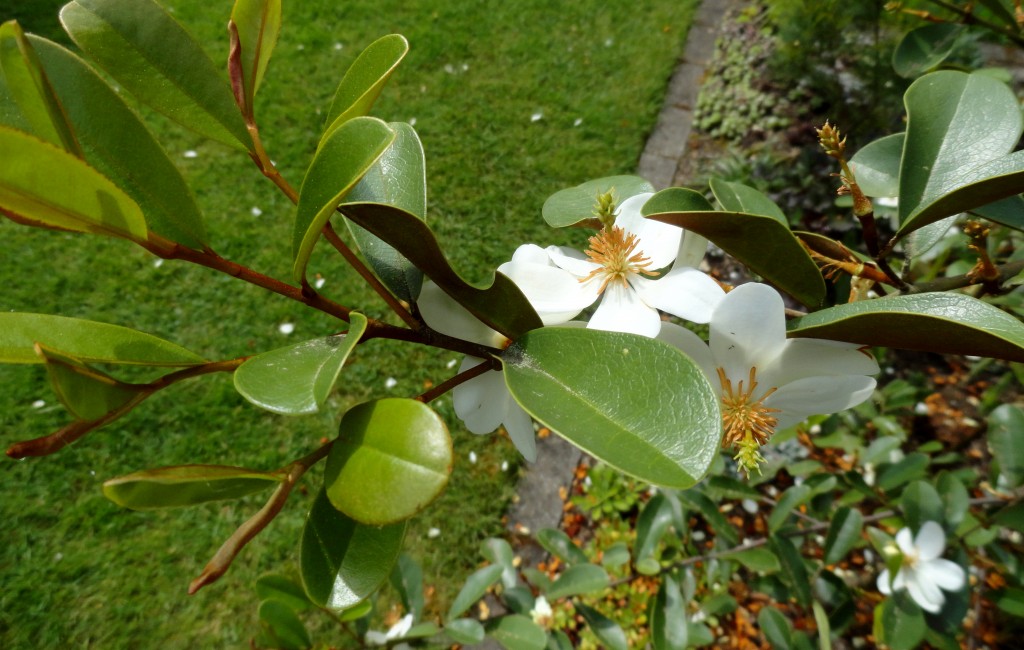 Last weekend was the annual migration — tender plants up from the basement, shade pavilion greenhouse walls down and those plants set free. It really is quite the production, I was fortunate my husband helped move a lot of them.

About the 15th trip up the stairs he looked me in the eye and said, “you really could get rid of a few of these”…just a suggestion, delivered gently.

What he didn’t know was that I already had, and a few more were moving that direction. I’ve sadly been battling a mealy bug infestation.

A few of my more common Agaves had been tossed and I could see a few more were headed that direction. Of course others are special enough that I’m treating them with a solution my friend Gerhard recommends. And keeping a very close eye on them, this is not how I want to downsize.

It’s not just the quantity of tender succulents that’s being shrunk. I’ve also culled a few things from the garden. I know…you’re shocked right? But it was time, and the garden is better for it.

What have I gotten rid of? A NOID Callistemon – I had a pair of them, bought on the cheap – now I only have the one (and it’s about to bloom for the first time). The departed plant could come back from the roots, but I doubt it…too much shade. Things grew and it lost the battle for space.

I also (this is shocking, I hope you’re ready for it) cut out a Magnolia, M. laevifolia. It’s a long ugly story (detailed here) but suffice to say I made a stupid mistake and I finally paid the price. I think the surviving plant is happier without its twin.

I dug out a Pittosporum tenuifolium ‘Atropurpureum’ because it no longer made me happy. Oh don’t get me wrong, it’s a swell plant. In fact when I saw this small one in Sean Hogan’s garden I desperately wanted to plant it again. How’s that for addicted?

Luckily I was able to get this one out with enough roots intact that I can gift it to a friend, so it will live on.

One more before I hang my head and scurry away, I chopped down a perfectly healthy Grevillea victoriae. True. Well first I gave a lot of cuttings to the fine folks at Cistus Nursery, for rooting (so the plant will live on). Then I filled a few vases around the house…

Then I sawed the plant into small pieces and cut out the base. Again, it was in too tight of quarters to have dug out without severing its roots, and those of the plants nearby. And it’s not like I’ll be going without, I have two other G. victoriae in the garden, one (‘Murray Valley Queen‘) just feet away and it’s terribly floriferous…

So now you know, I haven’t just been planting this season, I’ve also been purging. Kind of an odd topic for a blog that aims to share the joy of gardening and lusting after new plants, right? It might seem so but I don’t agree. Many of these left because of my overplanting (“cramscaping”) tendencies, and I don’t regret it one bit. I loved them, they grew, and I decided when they had to go. I enjoyed them for years in between and now the plants around them have a little more room to stretch out. And you know I’m still buying! In fact I’ve recently added these to the garden…