blades of garden: earning their keep 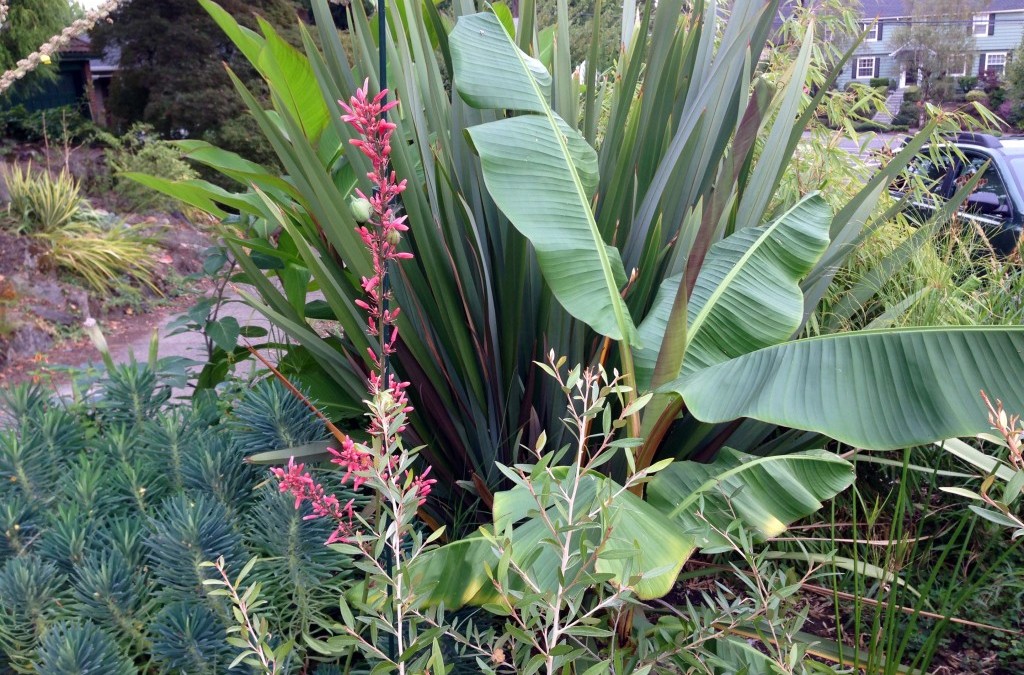 I admit, I’ve been avoiding the garden, Oh, it’s been warm enough to be out there, and I’m at least keeping my bird feeders full. The problem is, every time I go out there, I see weeds. And I’m not done with my inside projects. So many test colors on so many wall. Ai yi yi.

The picture atop this post is from several seasons ago in my Alameda Hellstrip. I loved that combination, especially the Phormium, which is sadly no longer with us.

I did note while outside, that in addition to many weeds, plants with blades are earning their keep. Here’s a sampling.

My first foray back into the wide world of Phormiums after several years back when we all lost them around these parts. This Flax is two seasons in, and going strong. Fingers crossed.

I swear, this is the year I’m dividing Ophiopogons in earnest. Flamingo Park Garden came with lots planted already. This makes me happy.

Imagine how far this will stretch. I could even share a few, though the thought is a little reminiscent of trying to be generous with my Halloween candy haul. (Not mentioning any brother who ate our candy and hid his, David.)

Dividing it makes it look better. What’s holding me up?

I planted a couple of these bright Luzulas at the end of last seasons. I forgot how much I love them.

It was a trick question. There’s no such thing as too many Carex.

And I thought I didn’t like Cordylines. This plant keeps on performing. I have two, actually, one in the ground shown above, and one in a pot shown below. Both are from Secret Garden Growers, one of our brave new “Now Shipping” nurseries on plant lust.

I’ve asked Loree the name of this species 200 times. No luck with the answer sticking. But it’s a good one.

Megan gave me this Yucca several years ago. It was in a pot, and we moved it here from the Alameda garden. Ranulfo’s crew helped unload compost that year, and while he was here, I told him I thought I should toss the plant. He’d walked it halfway to the compost bin when I yelled, “No, drop it.” I planted it just about where it fell–and I’m glad I did. It looks a little rough now, and I think I read something about that Yucca acne, but I don’t recall what causes it. It always bounces back when the sun comes back.

Once I got myself out in the garden, I found plenty to work on now. This poor Iris confusa is blooming despite my neglect. To be remedied post haste.

And now shifting gears, as you know I am wont to do, a happy hour salad. We used to eat dinner dang early, but we’ve shifted gears and started having a healthy appetizer after Bill gets home and takes Pumpkin for a walk. I finally figured out it’s a great time to get more greens into our diet. So often, when we made dinner early, I was somewhat loathe to include the salad. I don’t know why, but there you have it. Now we have a featured salad early, and a light dinner a bit later.

The potatoes are a carb treat–which we’ve all but given up as a regular part of our meal. But it seems a better weekend treat than the potato chips we’d allowed ourselves. It’s all part of our “eat real food” campaign. If I keep this up, I might even grow real food one of these days. It could happen.

As always, we love to hear about your garden happenings–not to mention, your grand life.