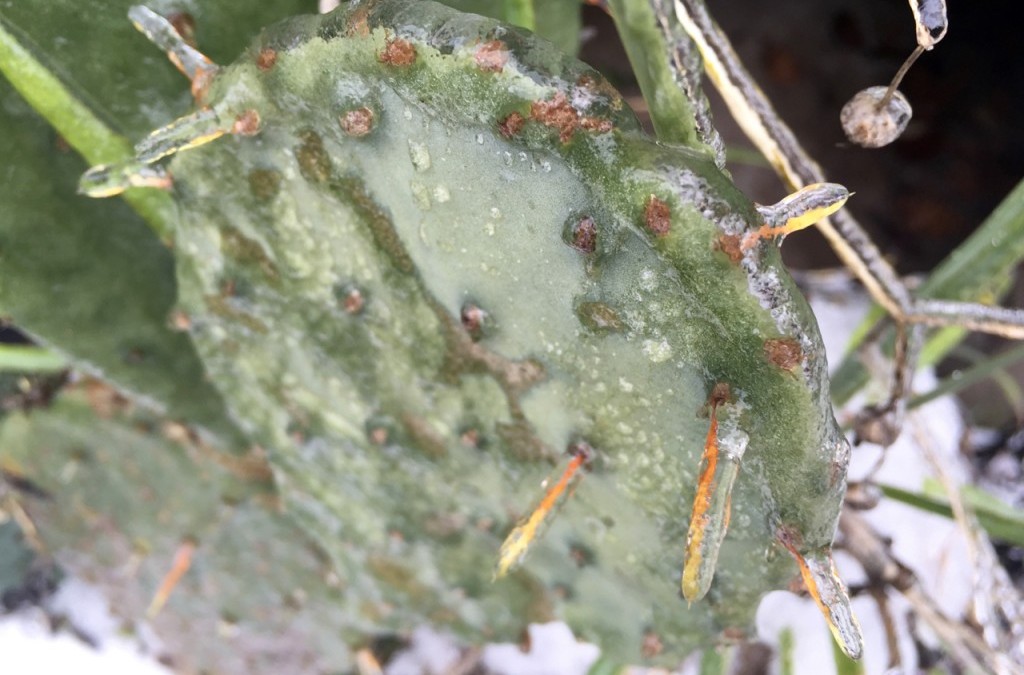 Controversy! Some of us at plant lust and friends love snow, and others hate it. I’m in the minority on the love-it side.

Snow makes my heart happy. We only see it every few years in Portland, and it’s usually fleeting. I watch the winter weather forecast eagerly, looking for signs of hope. Most of the time, snowflake forecasts are fools gold.

Even though I pray for snow, I understand the heartbreak when those of us pushing the limits of our planting zones have our hopes for mild winters dashed. I know a wintery day brings some people down the same way a 100 degree day sinks my heart. But the universe is indifferent to our suffering, all we get to do is watch.

This weekend’s snow was followed by freezing rain. I know. Even less popular than snow. Some of the plants may not survive their ice bath. But boy was were they pretty. 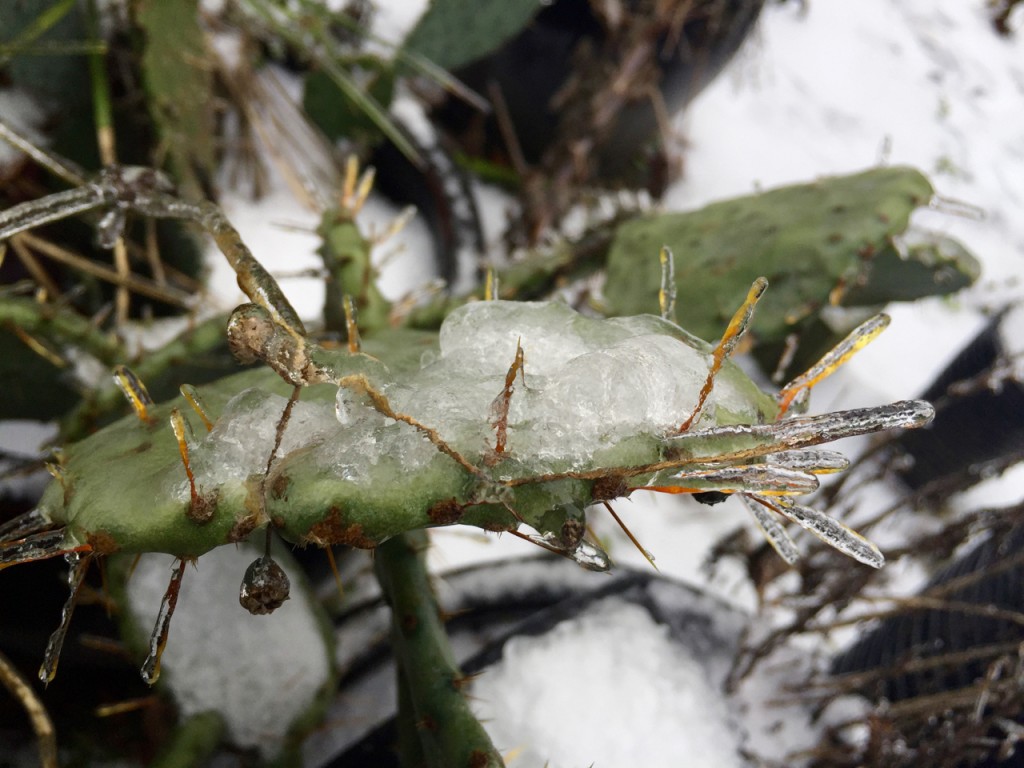 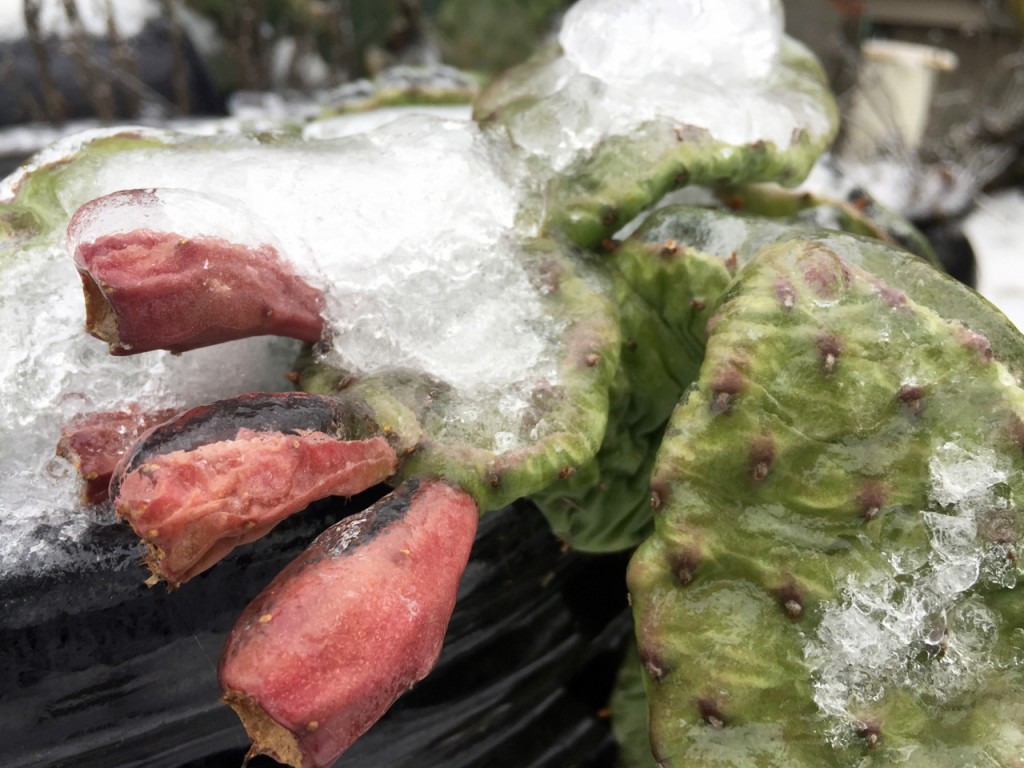 Opuntia humifusa should be just fine. Hardy to zone 4, and a real trooper, having survived a mad vandal ripping it to pieces one year in the heat of summer, and an over-crowded, over-shaded situation the next. 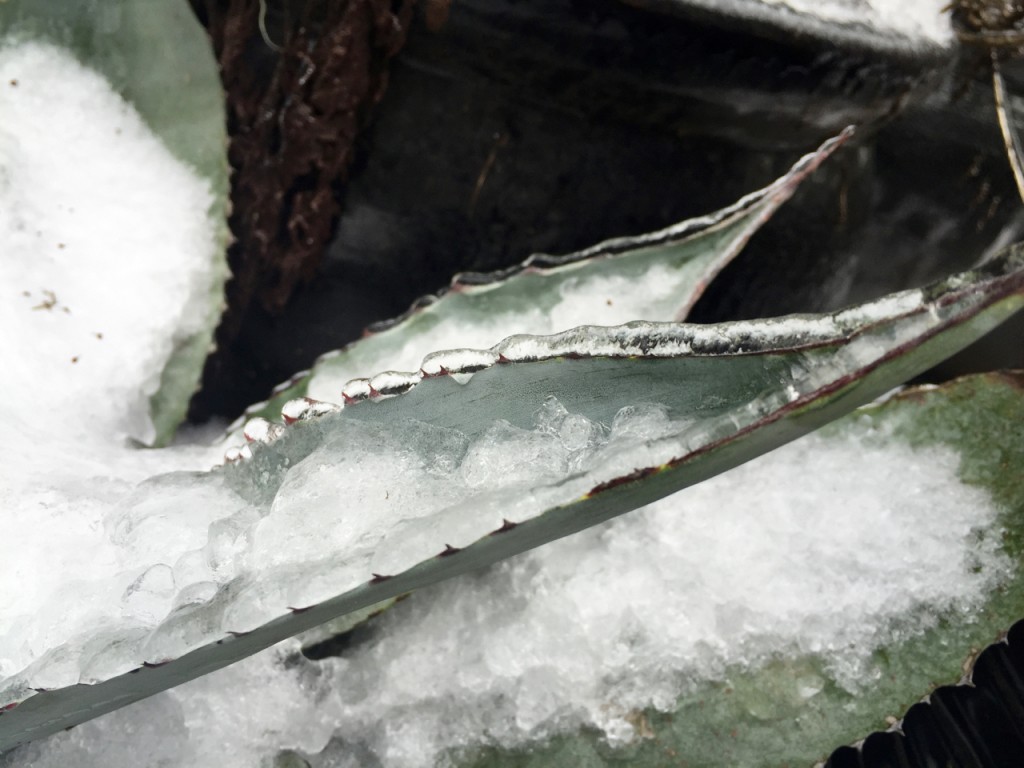 This Agave NOID might be toast. It spent cold nights indoors in previous years. 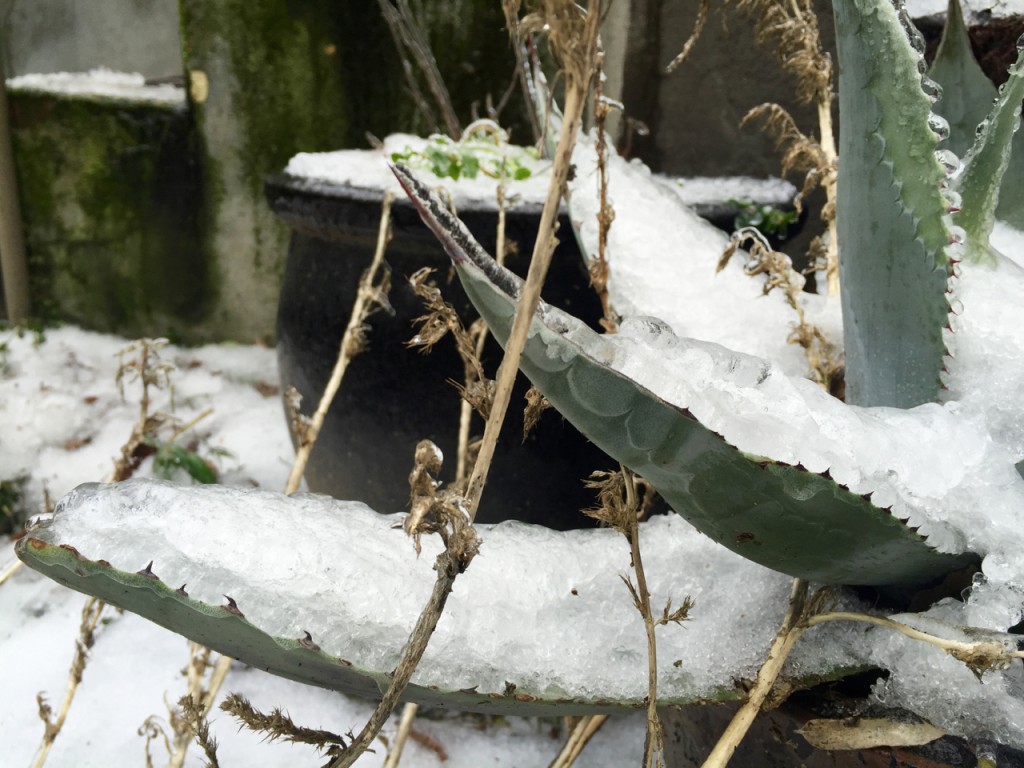 Such thick snow and ice for this poor thing.

Maybe the squid agave will make it? Zone 8b. A girl can hope. 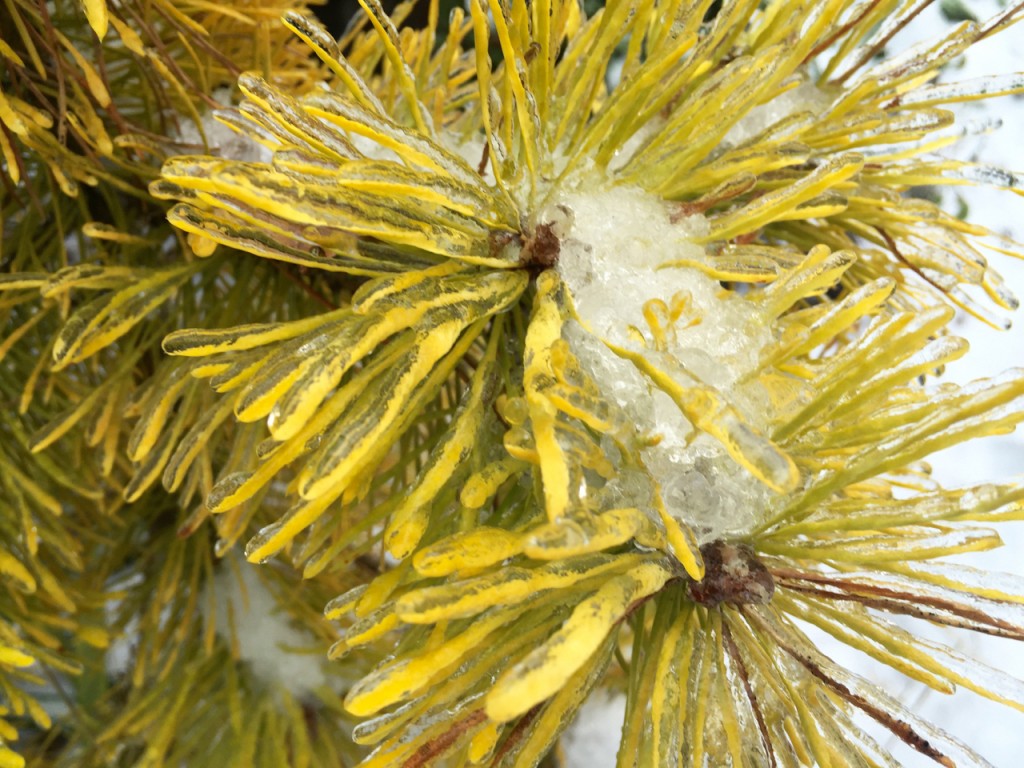 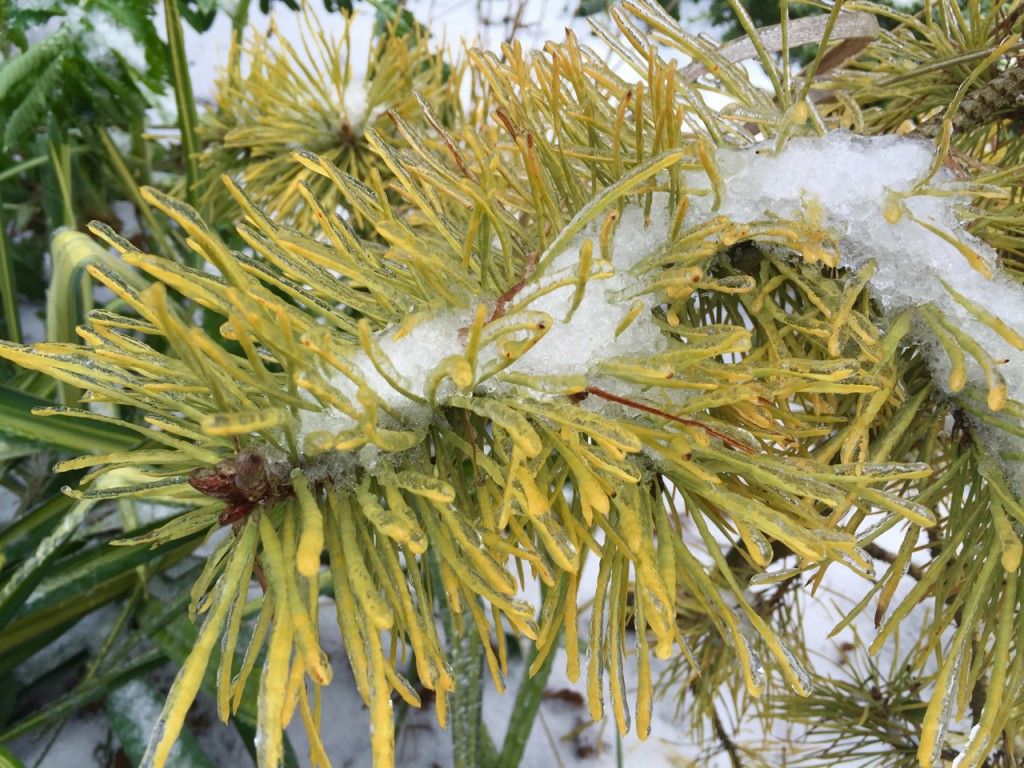 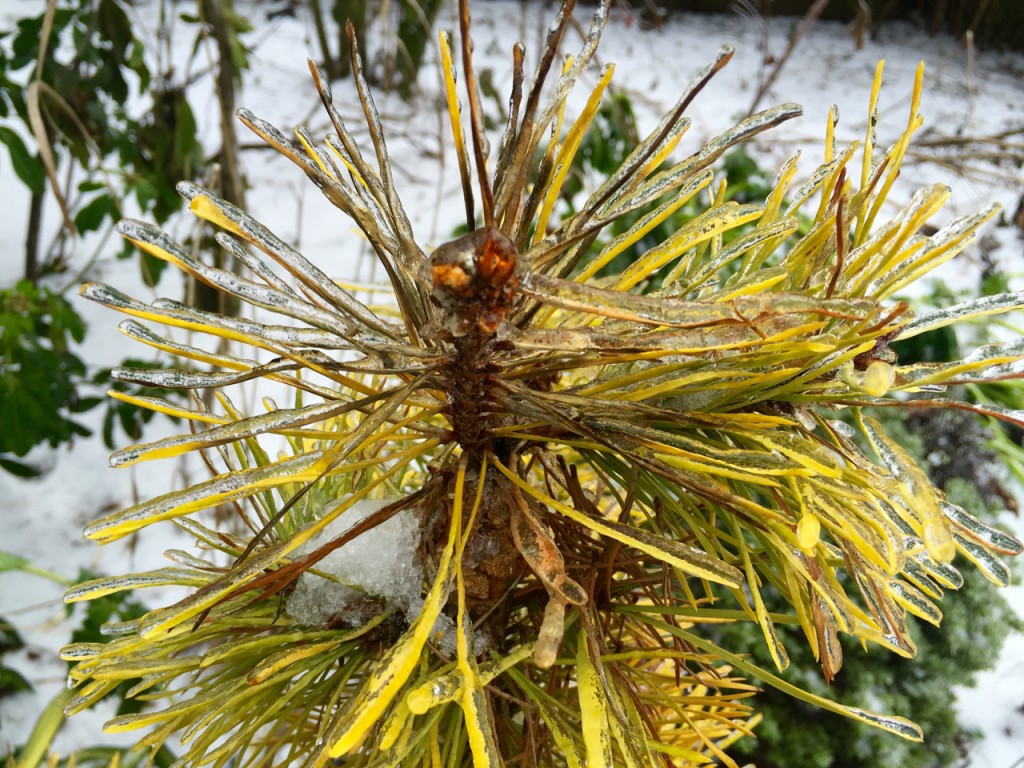 I really love this plant. 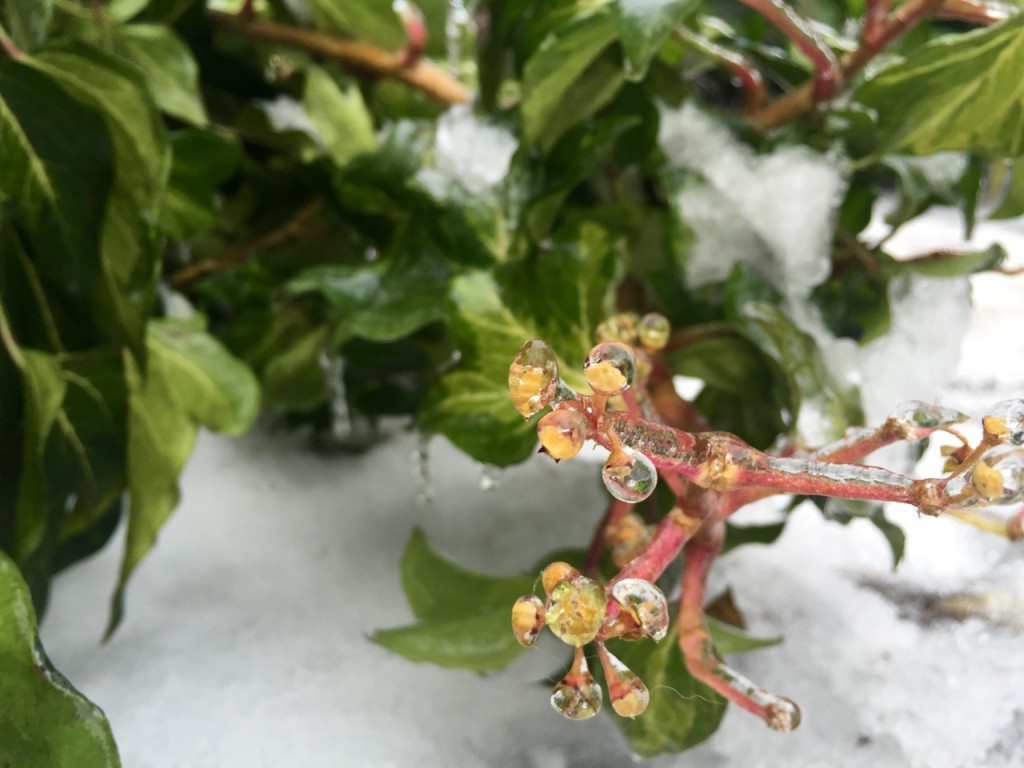 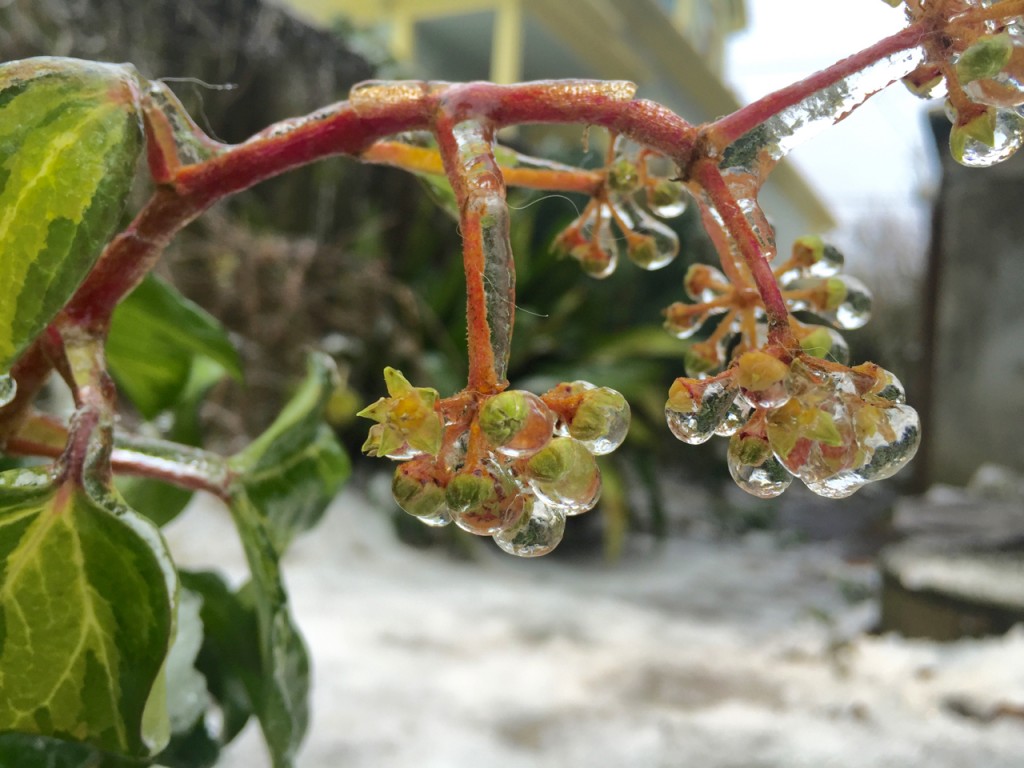 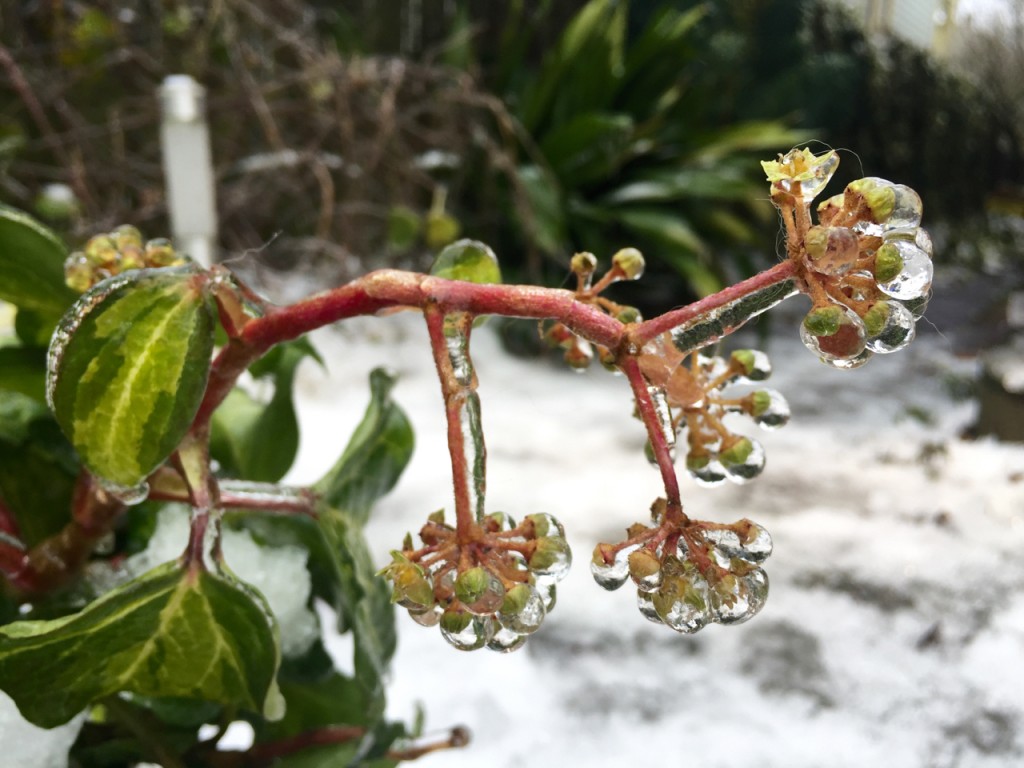 The flat skinny leaves of Rhododendron roxieanum looked like a handful of fat green beans.

The Rosa glauca hips have been providing a shot of color for months now. 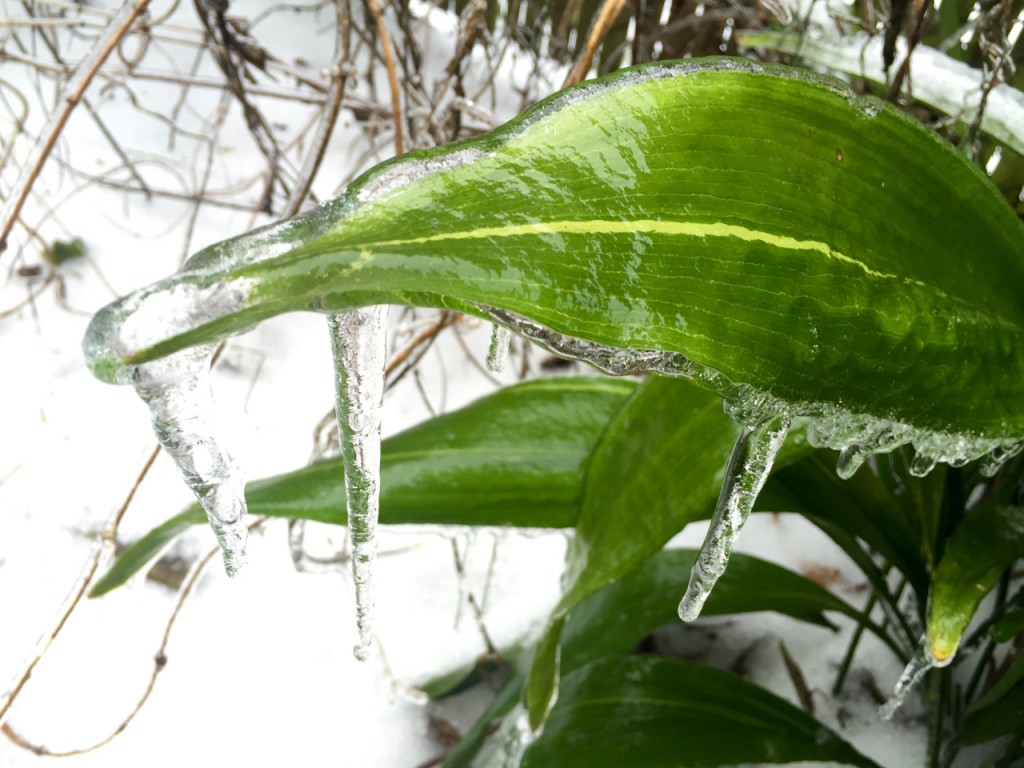 The Aspidistra NOID should be okay, since it came from a Lan Su Chinese Garden sale. Assuming it’s from the same stock, the parent plants over there have looked spectacular for years.

As much as I like putting off chores, I struggle with the advice to leave your spent plants intact until spring. I know it’s better habitat for the little bugs I imagine setting up a cozy winter home in hollow stems, and it offers a little more frost protection. But it’s hard not to tidy up a bit. My reward for leaving leaning plume poppy skeletons around the yard was one of the more beautiful, ghostly ice sculptures. 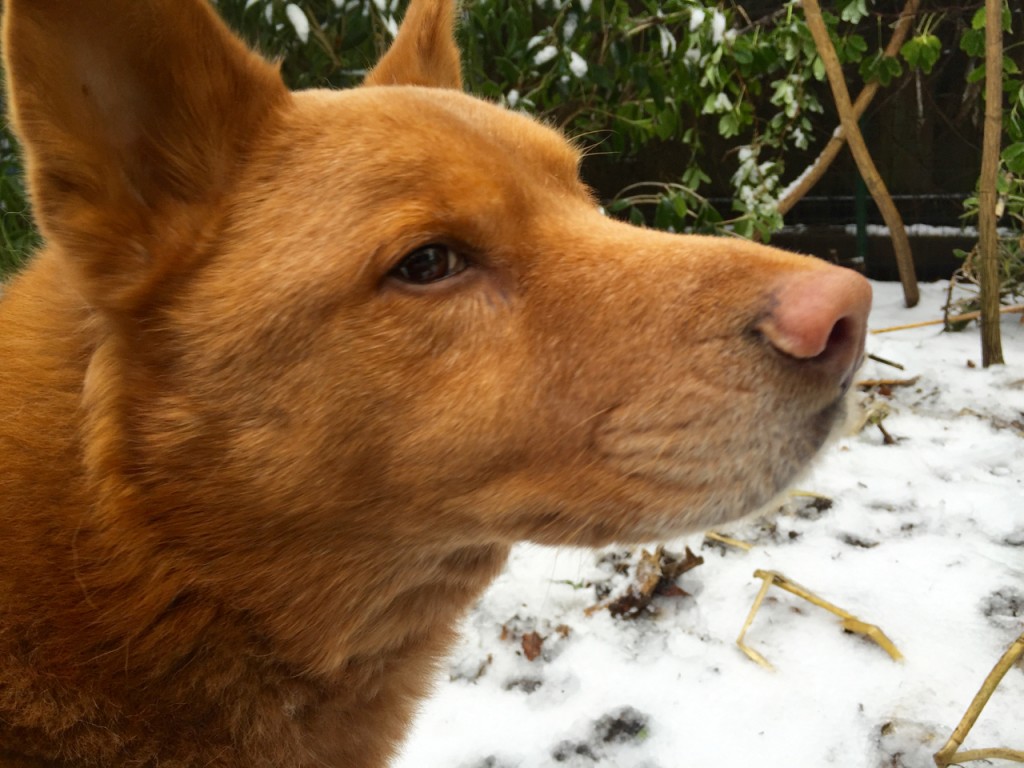 Yes, it’s a bit slick and treacherous out there for me and my older dog. We played it safe and stayed inside as much as possible when things were at their slickest. But having dogs means braving the elements. We gained some temporary traction by draping the icy stairs with towels.

Which a certain sneaky devil thought would be fun to grab and run around the yard with, leaving us stranded at the bottom of the stairs until we could catch him. This dog can run.

We’re excited to announce the winners of our newsletter giveaway later this week, and share the excellent list of everyone’s favorite winter plants.

I hope you are staying safe and warm, and enjoying the beauty of seasonal changes in your garden.