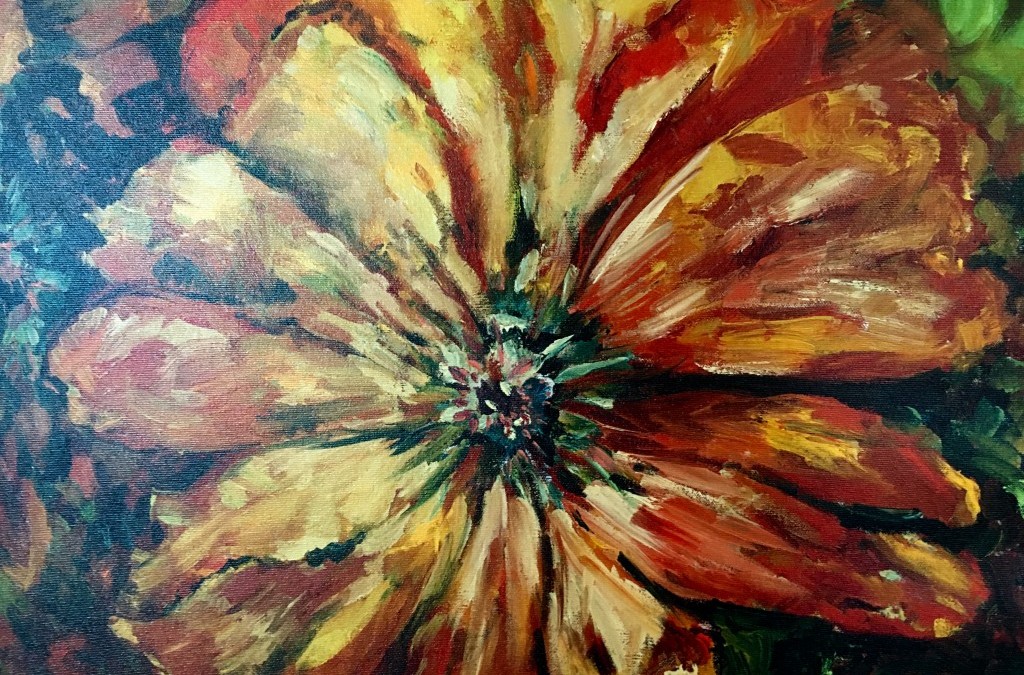 Apparently Christmas is in a week. You wouldn’t know it by me. Every year, I think a) I’m really going to be on top of my game, or b) maybe nothing this year. Don’t get me wrong, I like the season and the decor and the chestnuts roasting on an open fire. But it’s a lot of work, money, and then Mister. Maybe by next year he’ll be better. It could happen.

So instead of decking the halls, I’m painting & fluffing. Changing color is such an easy update. And when you don’t have painted woodwork: heaven. I seem to be in a bright mood, and the living room walls are now sporting a fresh coat of Magenta. Well, actually 3+ coats–because intense colors are often low hide. But it’s okay: I’m accustomed to hardship.

The lizard and flower painting is by my friend Janet Savage. It’s a Giclée, a print of the original, applied to canvas with inkjet printer–in this case by pushdot studios on Division Street in  PDX.

Evenings, I nerd on plantlust, Bill on race cars.

The animals aren’t planning to do nothing–just because something new has appeared. They swear.

In addition to painting, I’m rearranging and adding a few new furniture pieces. I’m a bargain hunter at heart, something I learned from my mom, so you can be sure–if I bought it, the price was too good to pass up.

It took a little convincing, but when I told the guys our friend Catherine has this shelving unit–they thought it was an excellent idea. Originally from Design Within Reach for $1,000+, I found it at Seams to Fit in NW PDX for $400. A great deal, to be sure.

I’m having fun collecting & rearranging artifacts from inside the house. The shells are from my friend Gail and were originally in a wicker basket. The teal jar is from digs inside & out on Alberta Street in NE Portland.

We got a new sofa delivered today. It’s a long story, which I’m going to refrain from telling here, but I got it for less than 1/2 the original price. I found it, brand new, at Consignment NW. We’re having one more armless chair built to extend the shorter side–which will increase the price a bit, but still less than the original sum.

A pair of old clay dogs were mine for $5 at Ron Wagner’s moving-to-Thailand-with-just-a-suitcase sale. Five bucks! Now that’s a bargain to make my heart go pingaroo. And I really like them. Apparently I like hunting and gathering. (This is the same way I garden. No over-arching grand plans for me.)

I found this brass coffee table on Craigslist for $50. It’s heavy–I discovered while moving it to the another room today. Nothing was broken in the process.

This mid-century brass wall art was on the floor & destined for giveaway. $10.

So that’s what’s going on at Flamingo Park, at least on the inside. Outside, it’s raining. Again. With more to follow.

I’d love to hear what’s going on at your house, indoor, outdoor, and in the greenhouse.