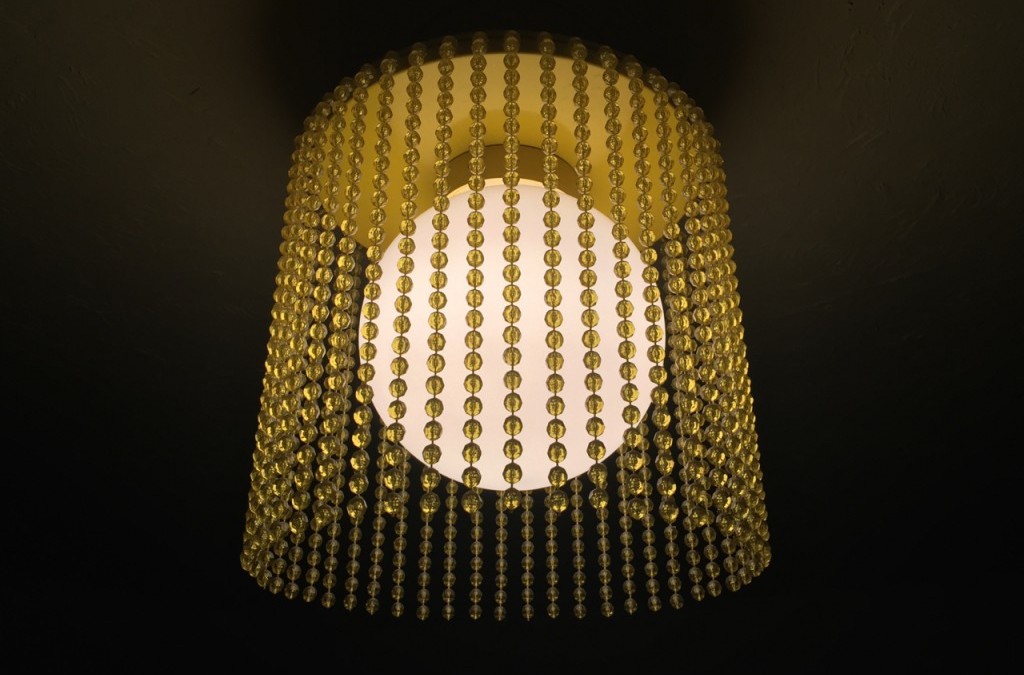 My friend Gail had a passel of aunts: Ada, Etta, Ida, Oda, and Uda. If one was Ima, I’d fit in the group–as in I’m a fair weather gardener. Oh sure, I get prepared with the mulch and the frost cloths and the ideas. But when it comes time to employ them, it’s too cold out there. I skid to a stop at the threshold as ably as Pumpkin–and this after she’s begged to go outside for an hour straight. It’s a rinse and repeat situation with that pooch.

But yesterday, I relented, because the weather dudes claimed it had warmed up. And Pumpkin was not taking “No” for an answer. My son Elliot commonly reminds me, “A Chow Chow accustomed to daily exercise can become quite insistent.” That a polite way of putting it. As for it warming up, oh sure, a handful of degrees. But 38 °F and raining is not warm–by any stretch.

So, we went out in cul de sac for a short sniff around, because sometimes that works in lieu of our typical 2-3 mile walk, and Pumpkin loves the opportunity. When we’re officially walking, I don’t allow gratuitous sniffing. Of course, I have to remind her of this every single time, because I’ve only been training her for 12 years. Chow Chows are part mule. She also pretends to not understand commands. However, on occasion she slips up if offered the right treat. Turns out she could work as a Rockette, or a translator at the UN.

Our previous Tudor where we lived for 33 years. The garden, alas, is no more. I liked that garden, dammit.

My dad loved the variety of architecture in Portland. He told me that as a kid, and it caused me to look up and note–hey, all houses are not the same. And I’ve been hooked on houses ever since. I go inside with every opportunity–open houses, estate sales, and often with my friend and realtor, Cathi. Fortunately, she’s as crazy about houses as I am–although, she had the good sense to make it her profession.

Now we live in mid-century ranch, with twice the garden size, which is fantastic. And it’s just way easier living, more casual and a lot more integrated with the outdoors.

Recently a place went on the market where I spent half my time as a kid, my friend Cheryl’s house. I wrote about it here, in my early days of blogging; it’s how I became acquainted with our neighborhood. Cheryl’s dad, Roy Ell, remodeled the Alibi Restaurant in NE PDX into the Tiki Bar it is today. They decorated their party room at the same time, fashioning it à la the Alibi.

Talk about a trip back in time. Much of the original furniture is still there. I had trouble believing my eyes.

I was agog, and reveling in the wildness of it all, but Megan had the good sense to take a few pictures. The curtains were closed, and we had trouble finding light switch that did anything–but you get the idea.

A deck runs the perimeter of the living room and den. The daylight basement and party room is below.

Just inside the entrance hall, I discover a light fixture and wallpaper the same as when I was a teenager. Talk about a blast from the past. And isn’t that gold leafing on the ceiling? (I really want that light fixture.)

The entrance hall is circular, and in my kid days, it had a 3 foot statue of the Virgin Mary in the grotto of the curved stair rail. Mary had left the house, to my great disappointment. 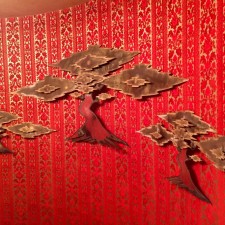 Round Entrance Hall with original wallpaper. 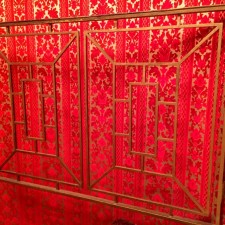 Gate to the circular staircase is original. 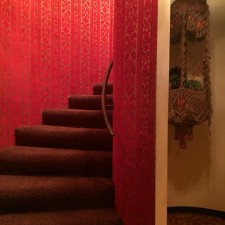 At the bottom of the stairs, take a turn right to enter the Party Room, aka Tiki Central.

I’m going to pause here–and say I meant to get to the plants that I discovered out front–plants, still looking good and that I wouldn’t have seen if Pumpkin hadn’t insisted on her sniff around. But this house tangent suggests I’ll have to get back to you on that point that next week. Otherwise, I’ll never get this post out the door. And that would be tragic.

Rock Wall at the entrance to the Party Room. Mr. Ell was not happy with the initial installation; they ripped it down and did it over. I didn’t understand the problem, but then, I hadn’t yet honed my good-rock-wall design sense.

To the right, long hallways, upstairs and down. They had 8 kids, and the real estate flyer says, 8 bedrooms; but according to my count, it’s 7. One room is actually a den–with a secret-ish entrance from the living room. Cheryl and I worked in there sometimes, addressing postcard passes to one of her dad’s businesses, Putt Putt Golf. He paid us a penny a card.

Hallway leading to kitchen, dining, family room, master suite and two other bedrooms, plus the powder room. Powder room! I was blown away by that in the 5th grade. It was so fancy–and still is to my eye.

There’s a gym at the end of the basement hallway. Most of the equipment was gone, but the barbells were still there. And the automatic massage table, and one of those the belted fat-shaker thingies.

I’ve been trying to get outside to talk about the garden part. When the pool was first built, it was the largest home-owned pool in Portland. Those trees went in at about 6′ tall. It was the first time I ever heard the term “landscape.” And here’s the part where we need a plants person with vision. Or at least a person with $$$$$ who cavorts with plant people with vision.

Megan took one look outside and said, “Botanical Garden” potential. Anyone? I’d be your best friend–and many others would too.

Nature sure has a way of reclaiming its own, no?

So what do you say? It’s a little out of my reach, but is anyone out there who wants to restore its former glory–and perchance create a new botanical wonder? You’d make so many people happy. And I for one, would be eternally grateful.