the Sea of Juniper is filling in 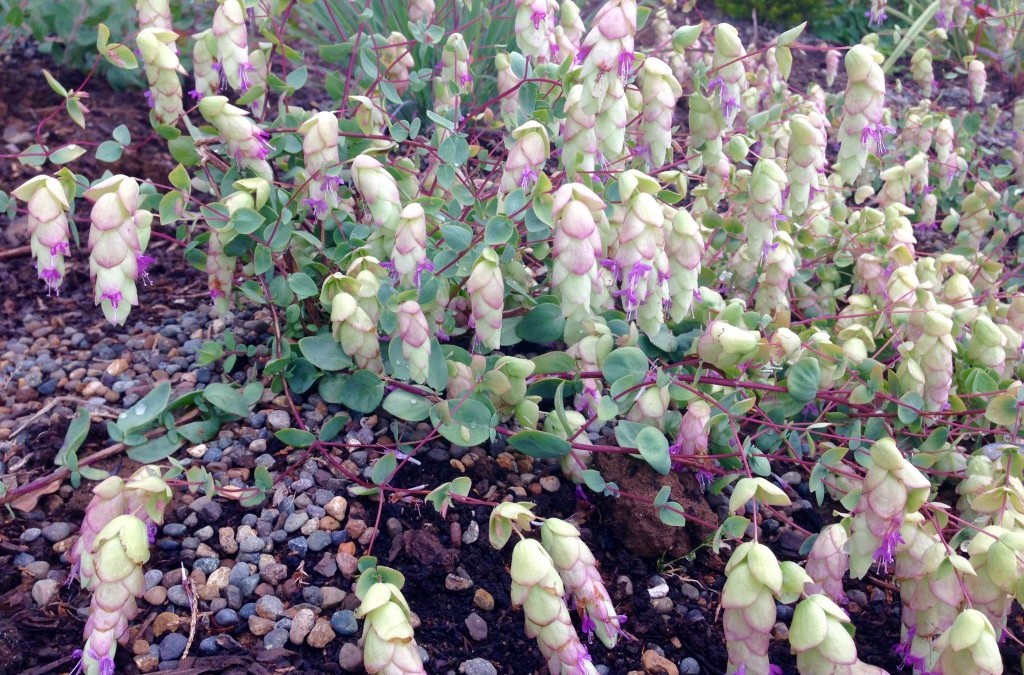 Just a bit over a year ago, I had the vision of someday removing the giant swath of Juniper we inherited with our Flamingo Park House. The “Sea of Juniper” was some 12′ wide and 40′ long. Apparently, back in the 60s and 70s, people got the notion that mass planting Juniper was a good idea. It was not. Truth is, I never thought we’d really get it out–and there were days when I tried to make peace with its undulating giganticness. It’s not that terrible, I told myself–even as a little voice said, oh yes it is.

At first I thought, maybe I can make a winter-long project of it, snipping a recycling bucket or two each week. Even five buckets-worth didn’t make a dent. Hahahahaha.

And then as detailed in a previous post, the men (my husband Bill and son Elliot) showed mercy, and took the challenge up themselves. Praise be. I would have never gotten in out by myself, and I sure didn’t want to spend the thousands of $$$ having it done. There was some concern the wall might fall down, but it’s still standing. Oh those men! They’re awesome–almost all of the time.

Pumpkin never passes up an opportunity to supervise.

This part reminded me of mid-dental procedure, when I’m praying nothing happens to the dentist and there’s not an earthquake.

Here’s something I learned. It is way easier to plant a garden from scratch when everything is cleared and the soil is prepared. I removed some of the old juniper needles, and then topped the rest with Eric Kosher’s special mix, half compost and the other half, a top soil/sand mix. (Paul Bonine of Xera said I could go this route, composting on the needles, and so I did.) 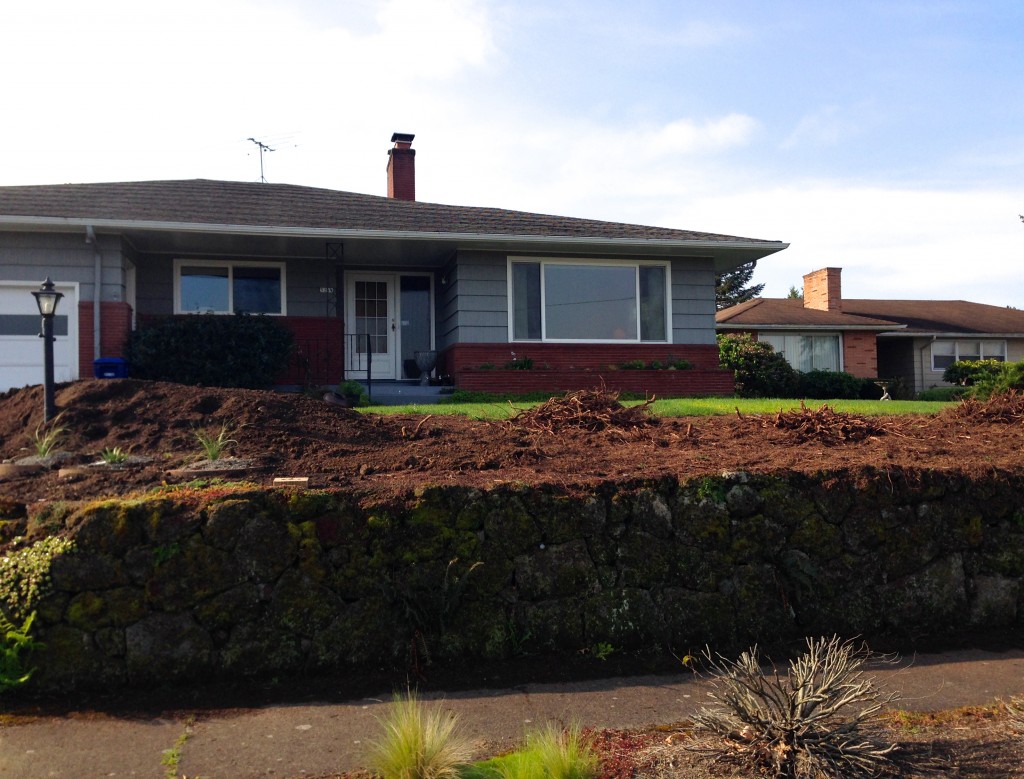 Juniper is gone and bed is clear.

And for the record, I told myself no willy nilly planting. No impulse buying of cool plants. This will be a dedicated space where things make sense, and of course, are drought tolerant.

It all looked so pitiful in the beginning, and as usual, I thought, this will never work. A field trip to Little Prince of Oregon with fellow garden bloggers kicked started the front corner. Also a few trips to Xera and Cistus…

And then a little of this and that. I bought 2 Echium candicans, just in case one didn’t make it. Why oh why did I plant them so close together. I guess to guarantee they both would survive. The Opuntias came from Spencer Hauser–the real Opuntia Santa. Crazy, you stick ’em in the ground, and they’re off and blooming.

Looking from the top angle toward the street.

I made some sensible purchases, Manzanitas,

Why oh why can’t I keep track of my plants. But I have a new plan: photograph the plant with its tag when it goes in the ground.

The fabulous Pennisetum macrourum aka African Feather Grass shown below was a gift from Scott Weber. And that’s Canna ‘Intrigue’ slipping in to the right–nka as the tropical-needs-watering zone. I couldn’t help myself. It was open house at Rare Plant Research. It would have been rude to walk away empty handed.

I later saw a picture of this fabulous grass in a book, and thought that I had to have it. I didn’t realize, I already did have it, the very plants that Scott Weber had given me–which he and Norm delivered to my door. These make me so happy every time I drive up to the house. They look great sitting up on high.

Still in the sensible choice category, this Mattole Select California Fuchsia. And in the bonus category, Hummingbirds love it.

I transplanted a paddle from the Opuntia humifusa in the back–which we’d transplanted from the Alameda garden hellstrip. These adorable plants have a heart of gold, and spines of splinters!

And then starts the slippery slope. But I LOVE Canna musafolia, and this section is pretty close to the spigot, so I can give it a little sprinkle now and then, ahem, constantlty with this #@$% weather. And the Phormium aka New Zealand Flax was a bargain at Means, so in that went–and I have to water the Banana Cannas anyway, so…

And then the brilliant mad-scientist of gardening, Lance Wright, posted notice he’d seen this rare and super cool plant at Xera, so I ran right over and bought two. (The one planted in full sun bloomed. The other in part sun, did not.)

It’s supposed to be biennial, and I don’t know exactly what that means season to season. But next year will tell. 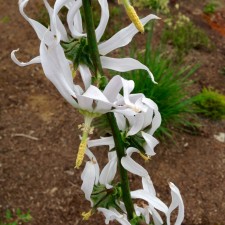 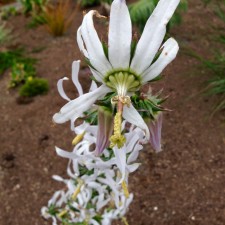 Another view, so groovy. 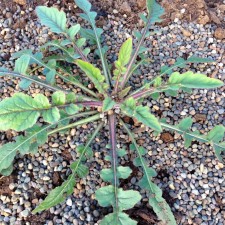 I divided and transplanted the Miscanthus sinensis ‘Morning Light’ from the hellstrip, so that’s not so bad. And then a bit of willy nilly started slipping in. Oh that’s right, I also got this Ledbouria at Rare Plant Research too.

All in all, I’m pretty happy. It worked out better than I expected, and my neighbors have been expressing their approval. And after all, what’s gardening if not thinking about what needs to move where for next season. Who’s with me?