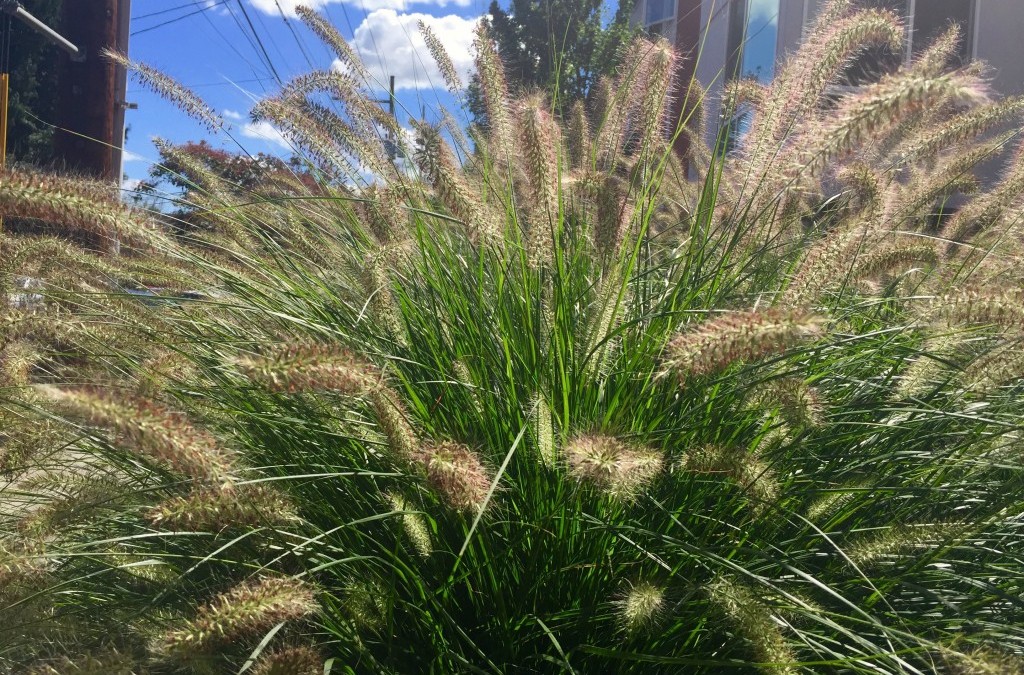 I’ve been holding out for rain, garden on pause. Avoiding the temptation of nursery visits. Averting my eyes to avoid confronting the sight of plants unquenched from my unreliable hose offerings. The weeds, they’ll have to stay until the soil more willingly releases them.

Could it be, the wait is finally over? Do I fall for the meteorologists’s sweet lies this time? The promise of precipitation? The return of workable soil, hospitable to new nursery spoils? Even though there remains another week of our typically hot, dry August to enjoy? Might our hottest, driest summer ever be prepared to yield, even briefly, to warm rains?

The red banana, formerly thriving in my humble plot, collapsed under its own weight a couple weeks ago. My sentiments exactly. 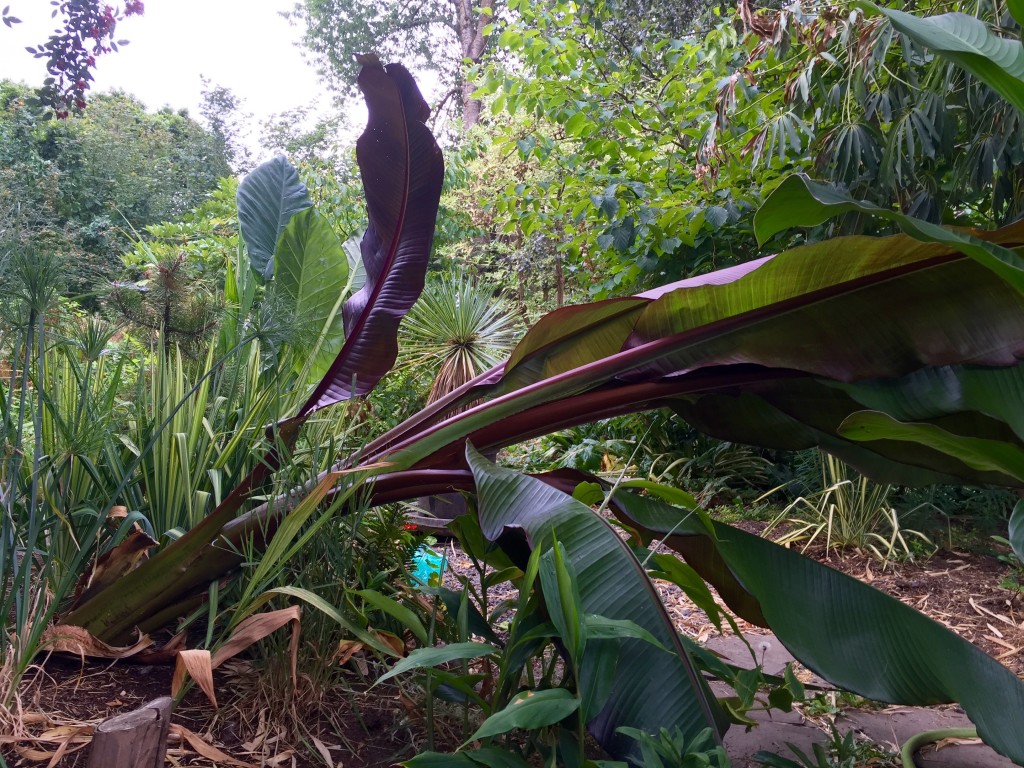 The Echium (piniana perhaps?) is oblivious to, or rather appreciative of, the unrelenting stretch of hot, dry days that have stretched into weeks and months. An impressive performance from a plant that was transplanted from its original in-ground home in the heat of summer last year, spending the winter sulky in a nursery pot, shuttled in and out of the cold. 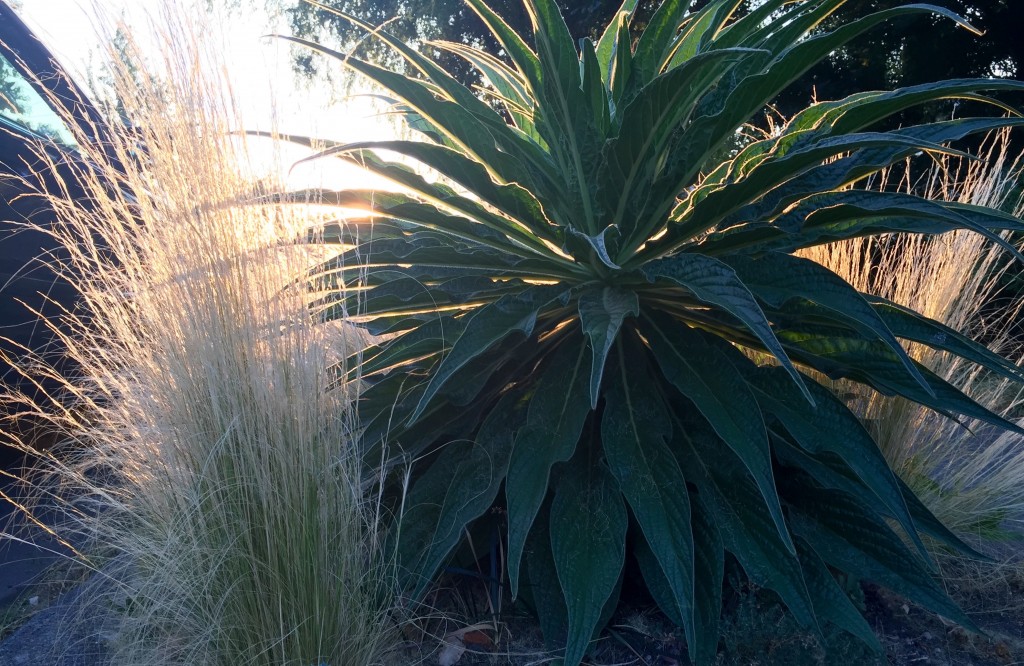 In my garden, Echiums prove triennial not biennial. At first spectacular rosettes, if the weather gods dictate they don’t see next spring, they’re still a worthy annual. Assuming winter does not send them early to their grave, the second year, they start to trunk. The third year, knock on wood, they rise into a Seussian flower tower, setting seed before the end. 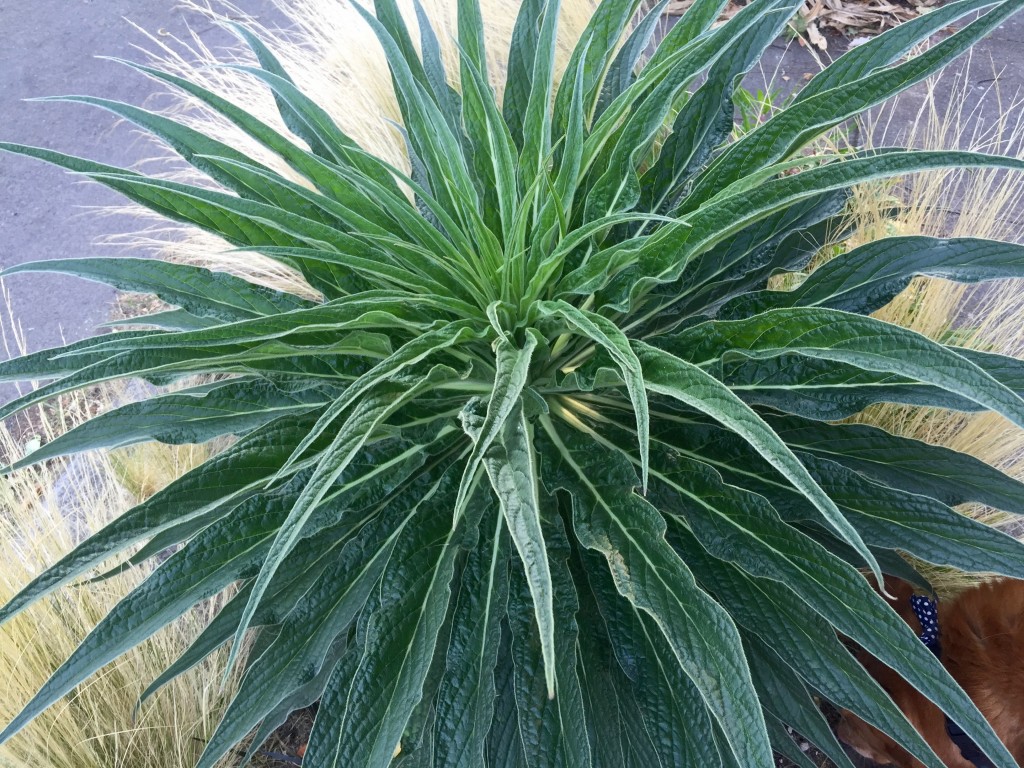 Two years ago, an echium set seed in the hell strip. Last year, a fabulous drift of babies emerged, the biggest maxing out at a mere 12″ diameter. They weren’t able to withstand the winter. To my surprise, over the course of this summer, new seedlings emerged. Though not the biggest, this particular plant is my favorite, because it sited itself right atop the compost pile in the driveway where it patiently waits for a cool day to complete its journey to the far reaches of the back yard. It’s this echium’s way of saying, hey, this gardener has checked out. This pile has been sitting here a long time. Touché. 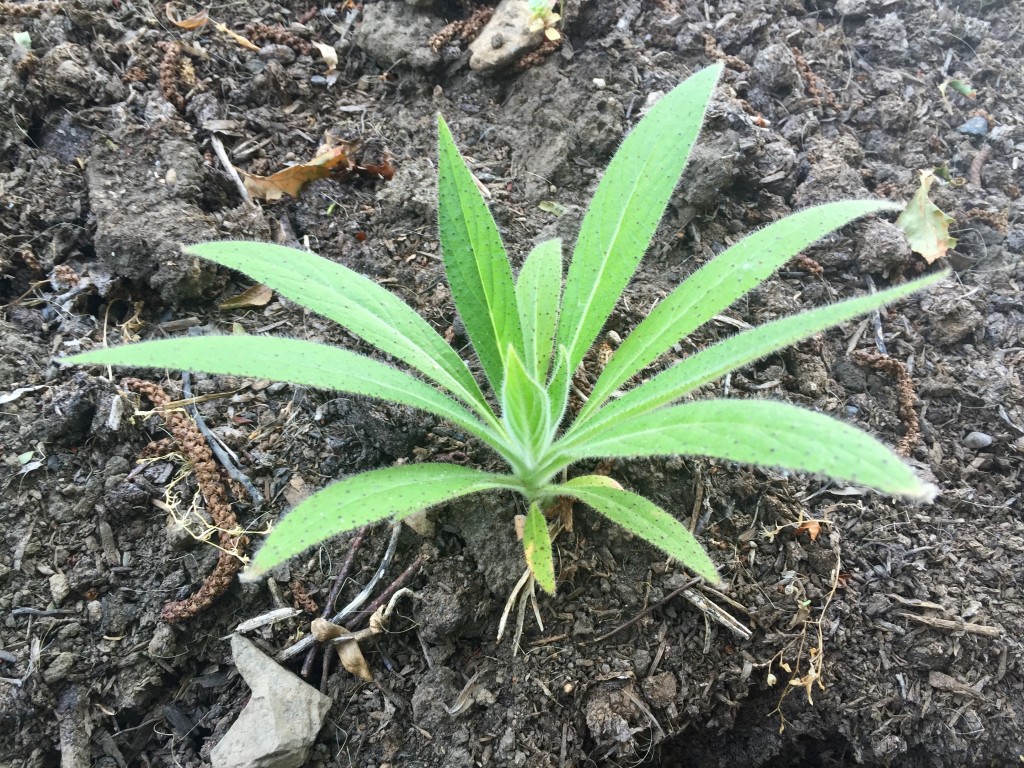 Every year, I threaten to dispose of the Rose of Sharon inherited with the house. It blocks the path as it grows heavy with blooms. I take a few branches, thinking I’m making good on my promise. But I can never deliver the final blow. And then the hummingbirds claim the hibiscus flowers as their own, and I don’t have the heart. 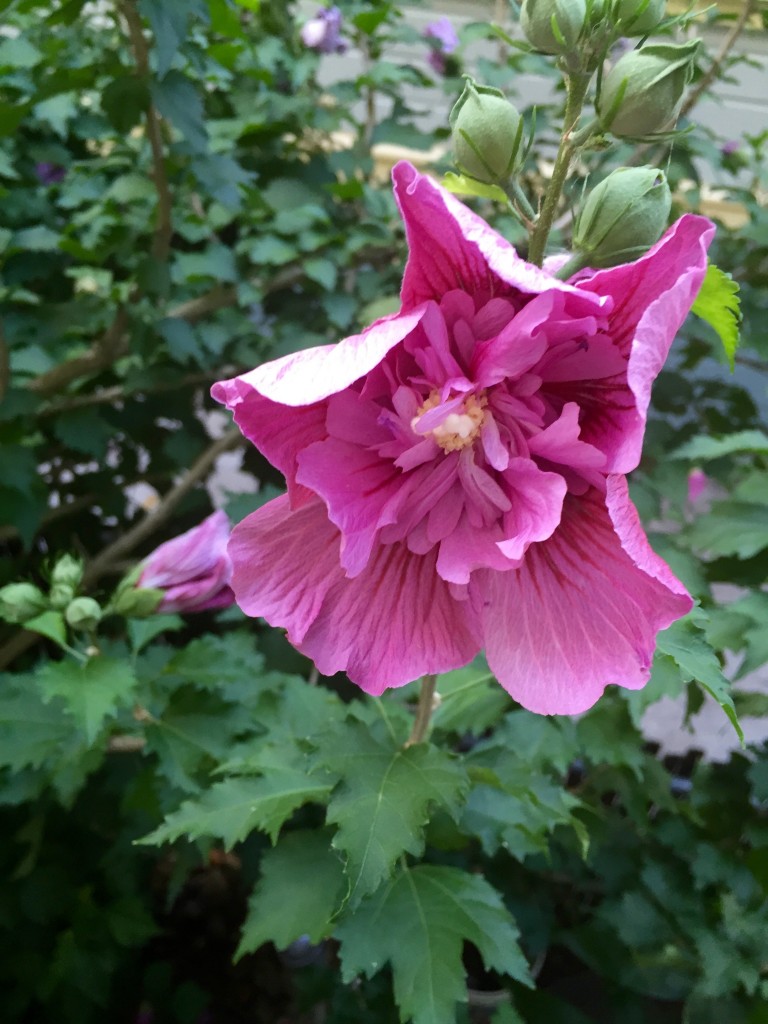 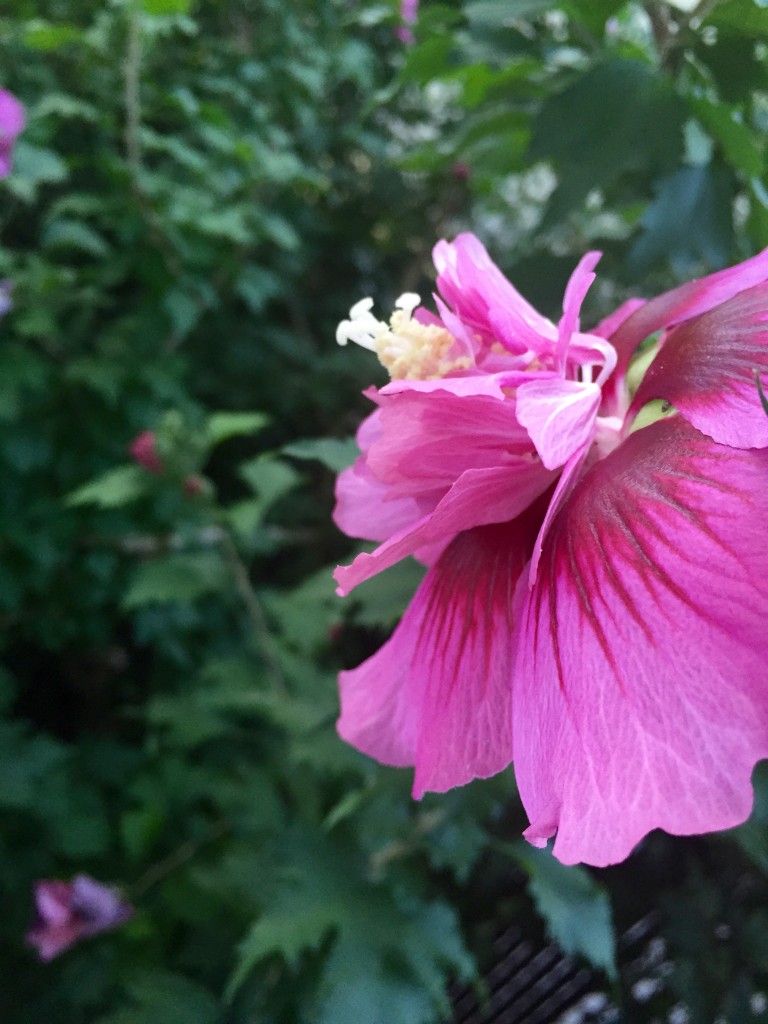 The Woodland Peony flowers have given way to seeds, one of it’s most charming traits. In an earlier post, Tim commented that he gets about 100% germination rate, just pushing the blue fertile seeds into the soil. I am seed stupid and don’t know if any of these are fertile. I don’t have any of the glossy blue seeds (yet?). A surplus of this plant would be most welcome. 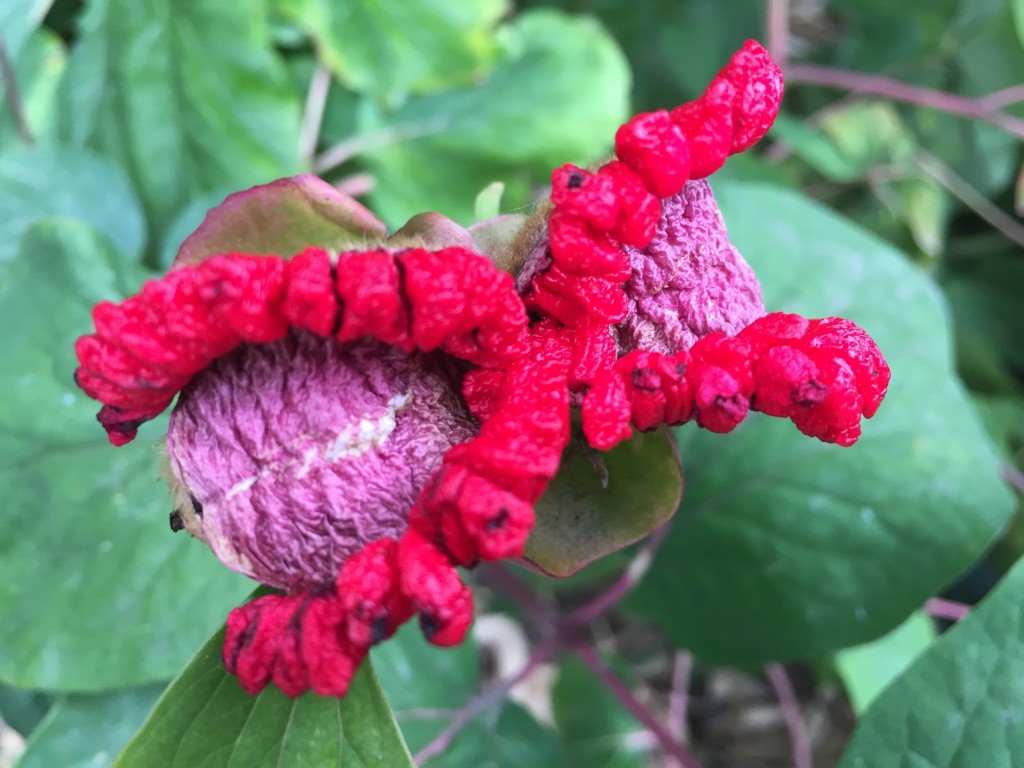 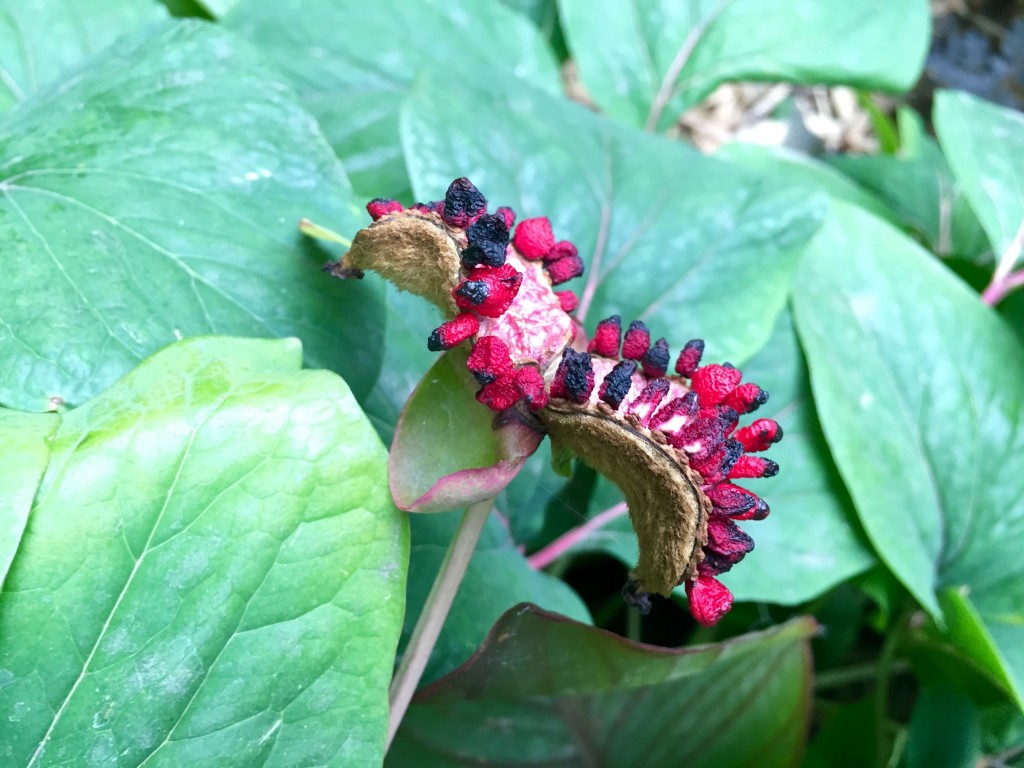 The rosa glauca hips have transitioned from purple to cherry tomato orange, signaling a most welcome seasonal progression. 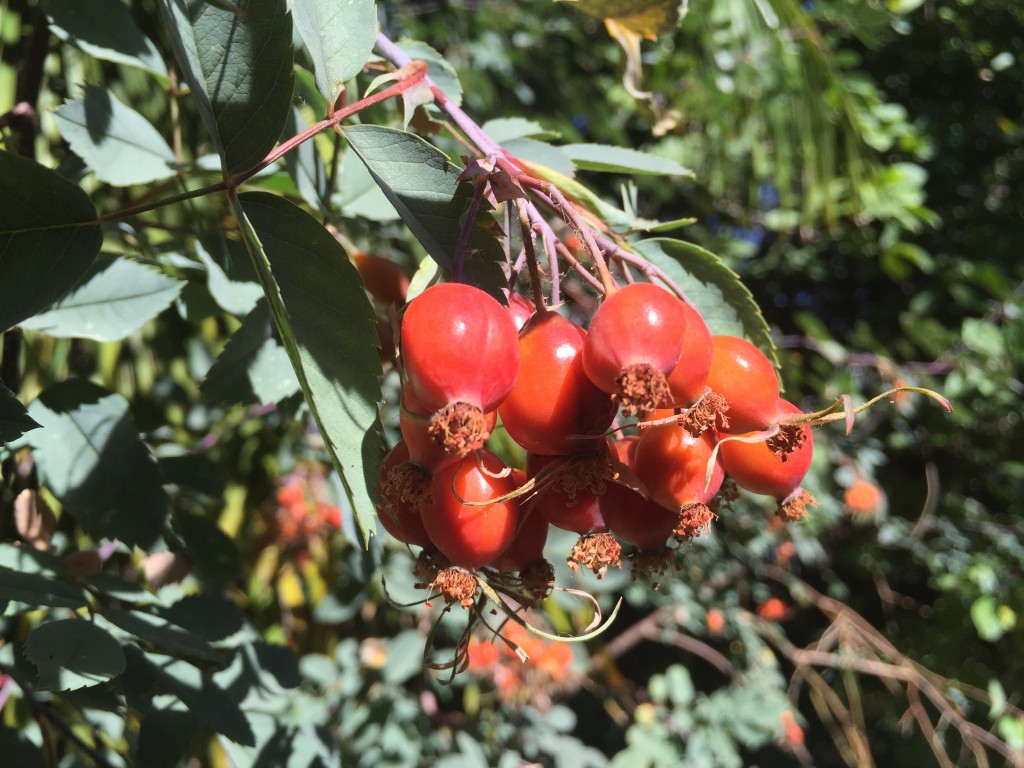 And for the first time in a long time, I perused the nursery aisles and succumbed to temptation. Two Mahonia ‘Soft Caress’. Somehow I have previously escaped Mahonia fever. But, those leaves. I firmly believe in indulging plant lust for anything so elegant, finely textured, evergreen, and perfectly suited to one’s climate. 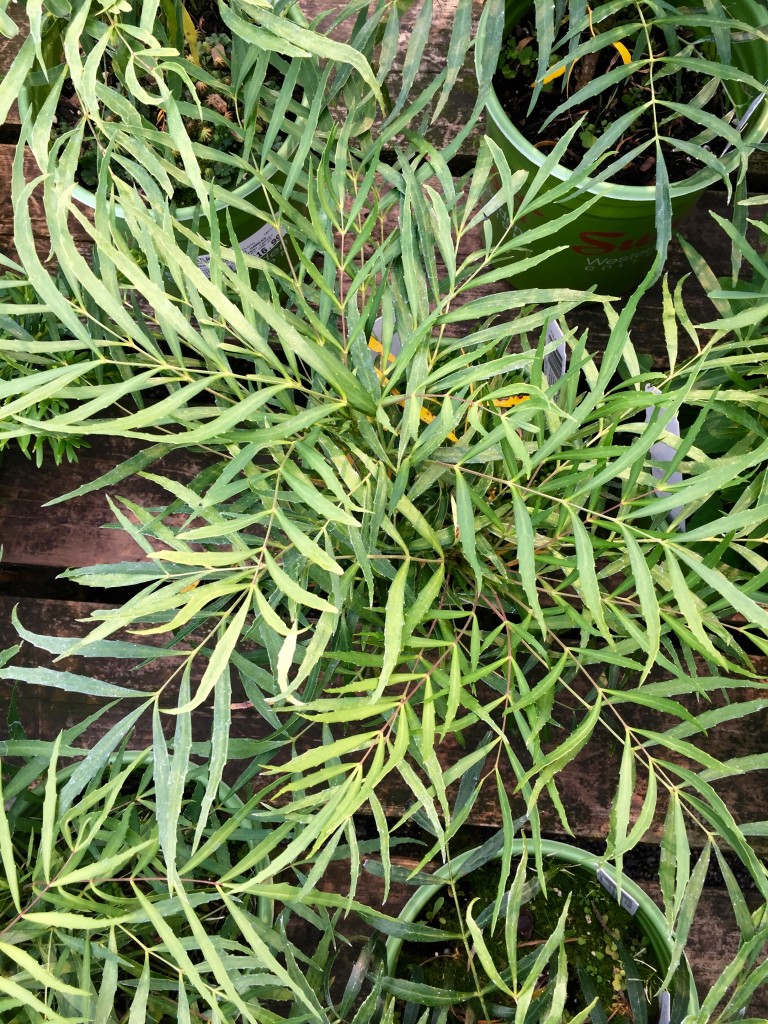 And for the second time, I have purchased a Eupatorium ‘Elegant Feather’ without a good idea of where to put it. How could I pass it up when it had been classified as an annual and banished to the half-off table? One of these things is not like the other. This time, I will find a way, so I don’t have pangs of envy when I see the one I gifted to Patricia, thriving in her garden. 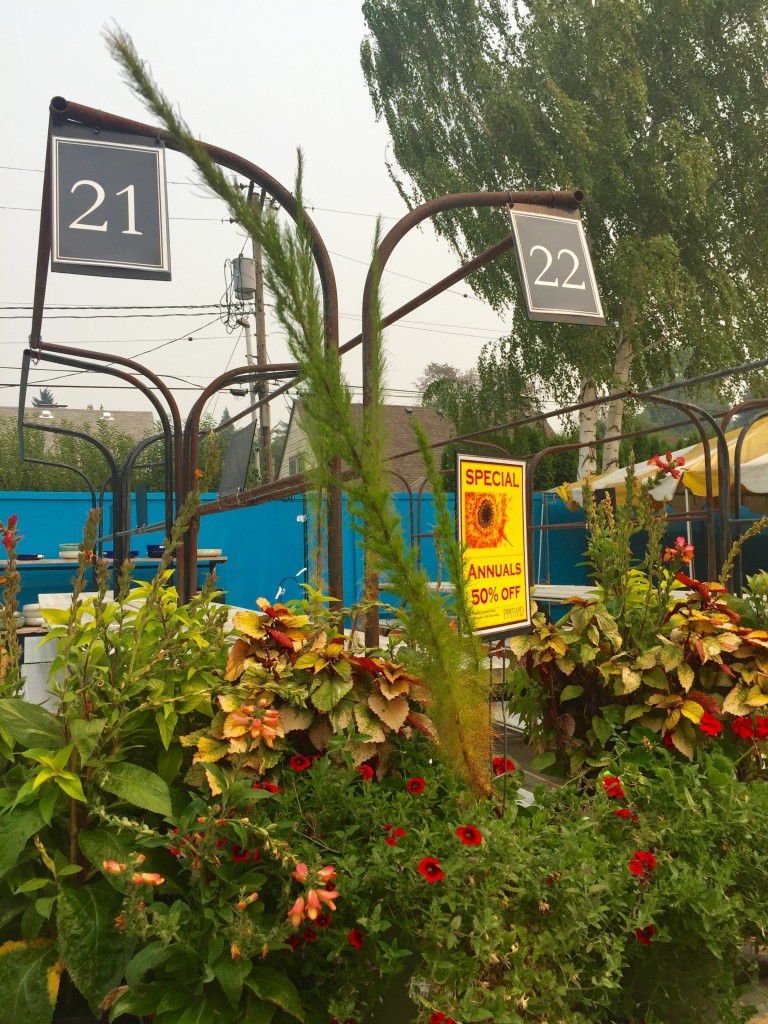 I’d like to think that I, like the squirrels hiding their nutty treasures, might be blessed with a biological sensor that triggers a flurry of nursery activity, because change is in the air. And so, tentatively, begins plant shopping season, with highest hopes I have not jumped the gun and started foolishly early.