Tropical fruit on the side of the road 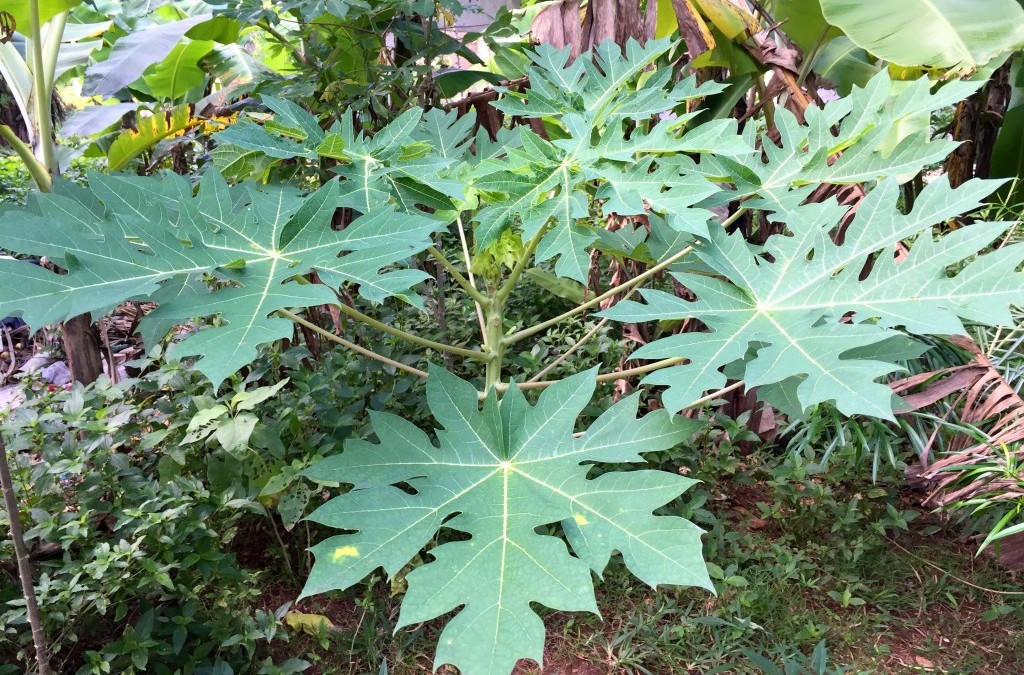 I am always a little bit amazed to see where food comes from. I mean where it actually comes from, not New Seasons. Around here, sure, you see neatly planted farms and orchards from time to time. But tropical Zanzibar, it wasn’t uncommon to see fruit dangling alongside the road.

Papaya were the one of my favorite. I had tiny one as an ornamental annual a couple years ago, but zipping along busy roads in a taxi through Zanzibar, we regularly saw two foot wide leaves topping 10 foot stalks with clusters of ripe fruit along the trunk. That’s a miracle.

I did not have the guts to ask the driver to stop and let me take pictures of plants along the side the busy, sidewalk-less road, although I probably could have, so I missed the biggest and brightest examples, but this is one of the papapyas along the beach path. 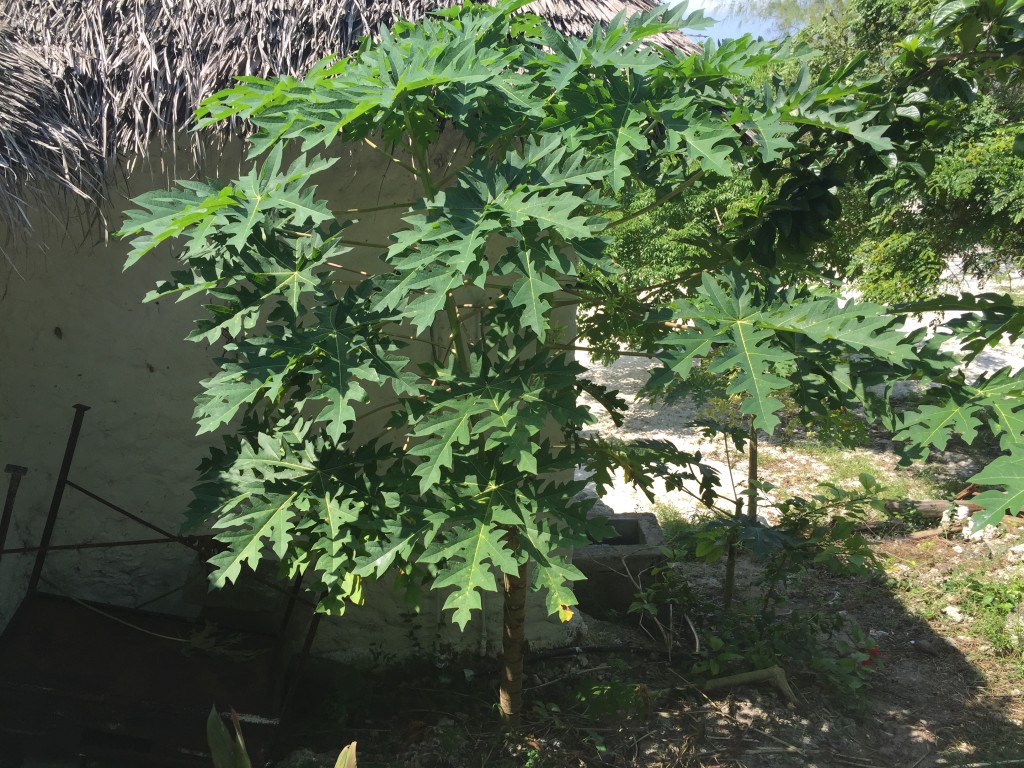 You can see the unripe fruit emerging. 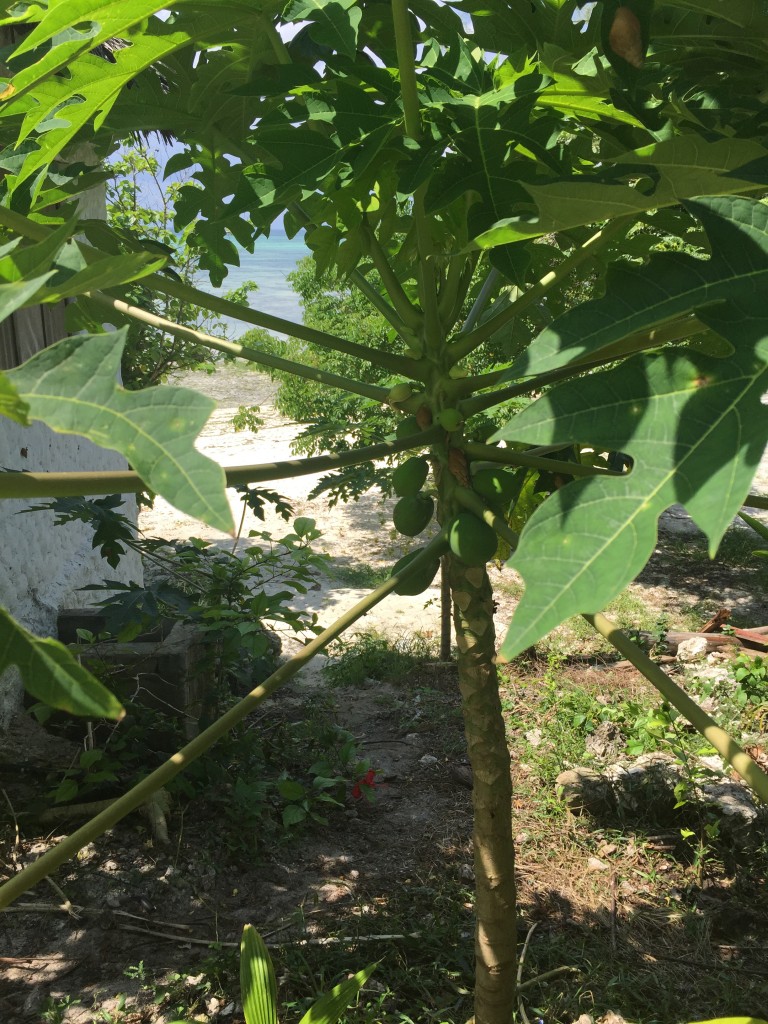 I love a bananas so much. I mean the plant, not so much the fruit. We took a spice tour (more on that next week) and I was telling our guide that at home, we grow bananas that don’t produce edible fruit. He thought that was crazy. Bananas were everywhere! In the villages, along the side of the road. 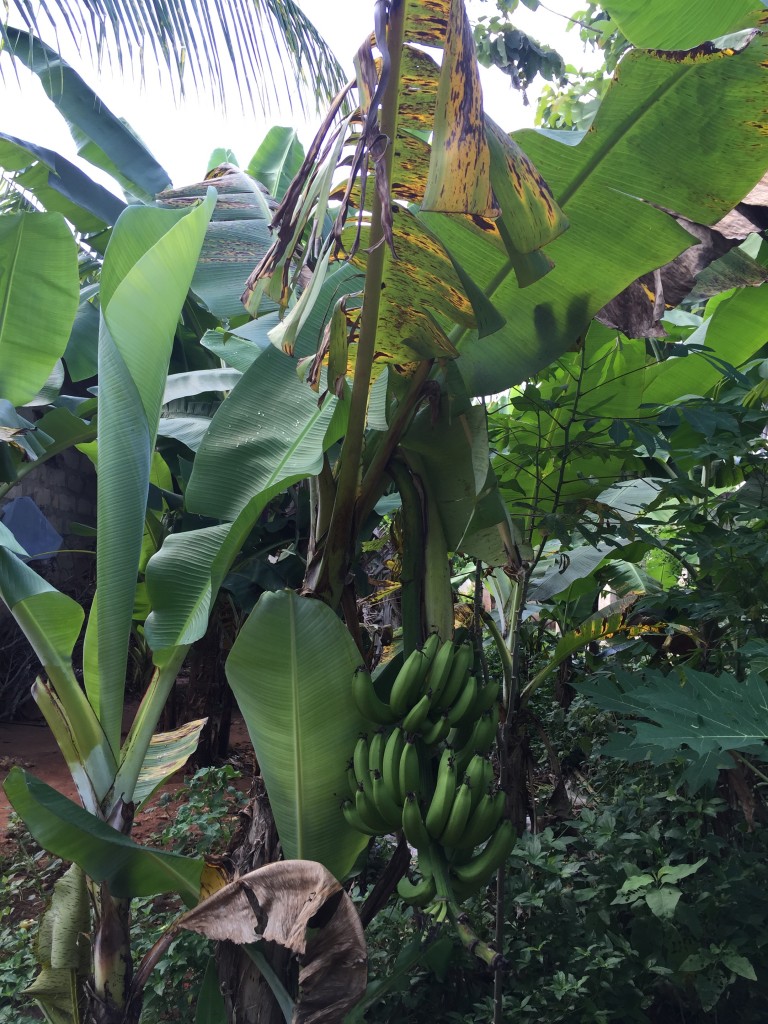 I like how bananas are sold off the stalk in the market. 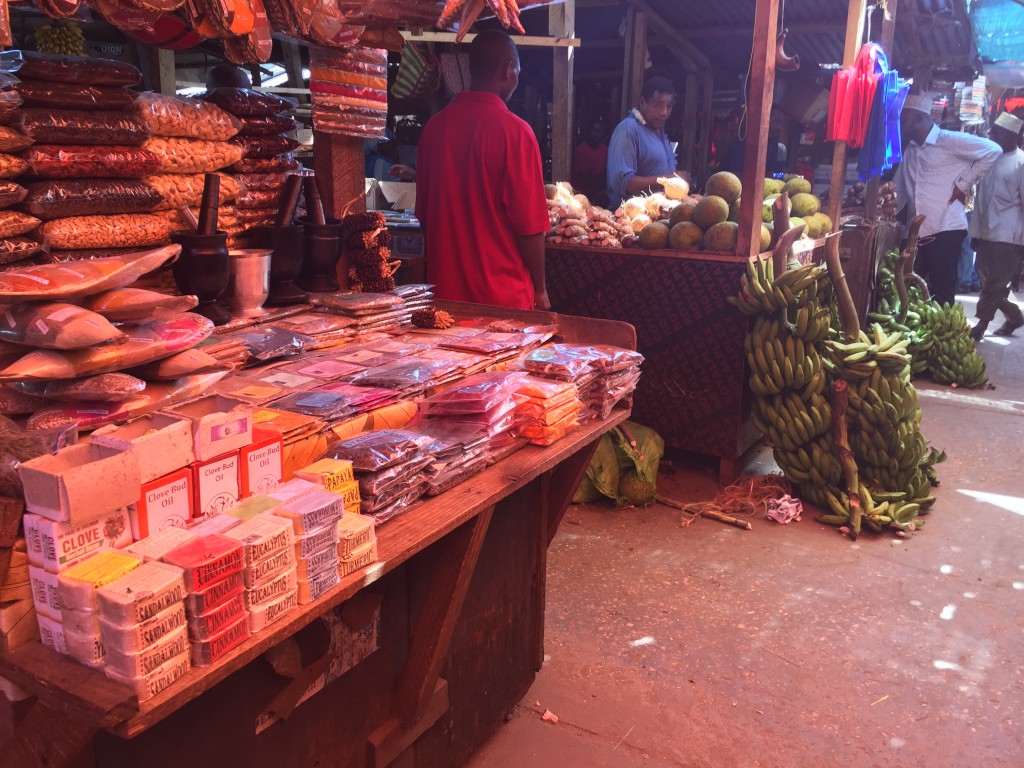 Soursop were another common sighting. Apparently a ripe fruit can be a foot long. Love that spiky skin. 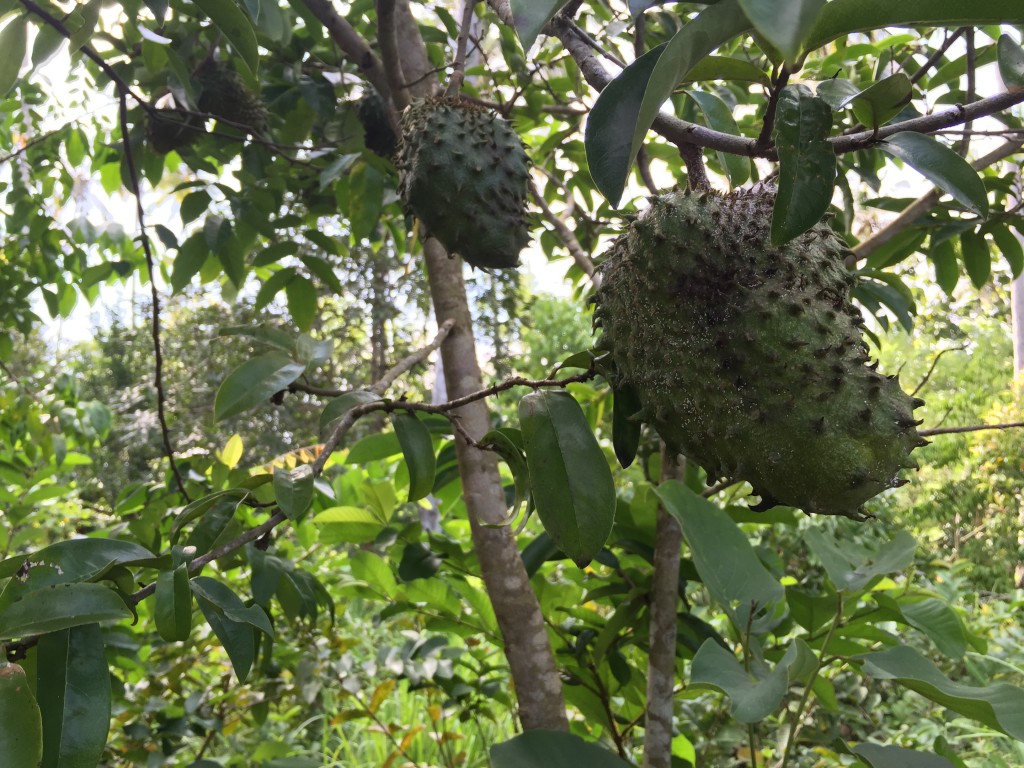 And what tropical paradise would be complete without coconut palms dotting the landscape? Being the worrier that I am, I wouldn’t sit on the loungers under the coconut palms at the hotel. Too easy to imagine one plummeting down on one’s head. 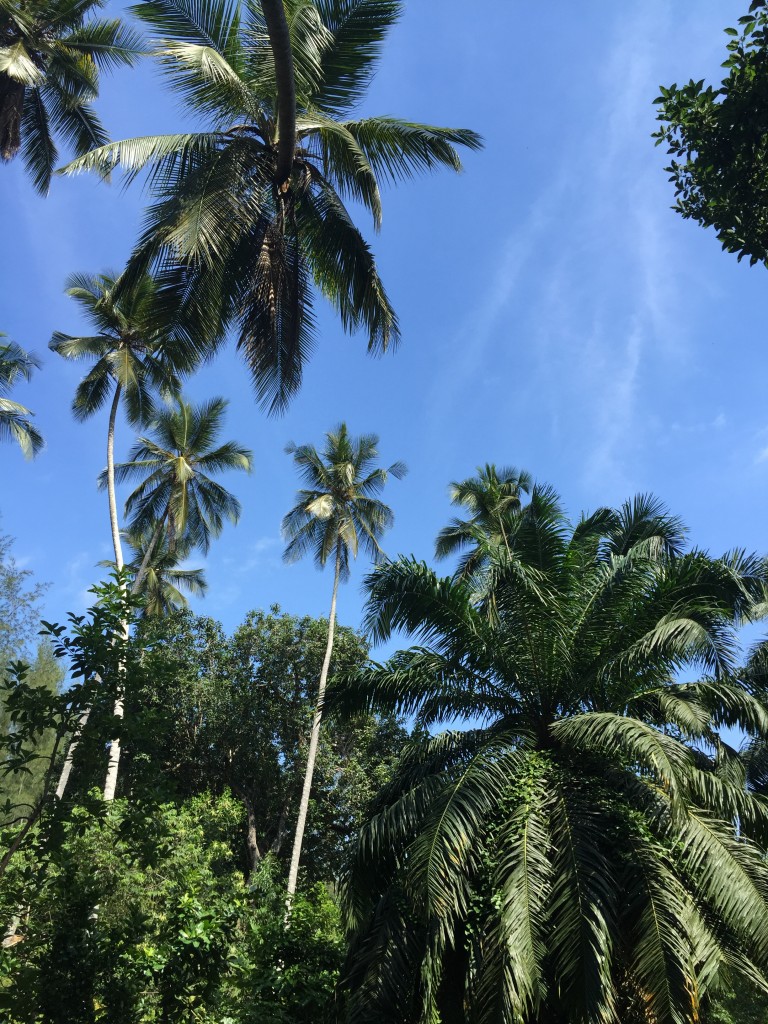 So how do you harvest a coconut? Just climb on up there. Our spice plantation host had a rope twisted in a figure 8 around his feet, which he used as a brace to quickly scamper up, cut down a fresh coconut, and hop back down, in about 30 seconds. 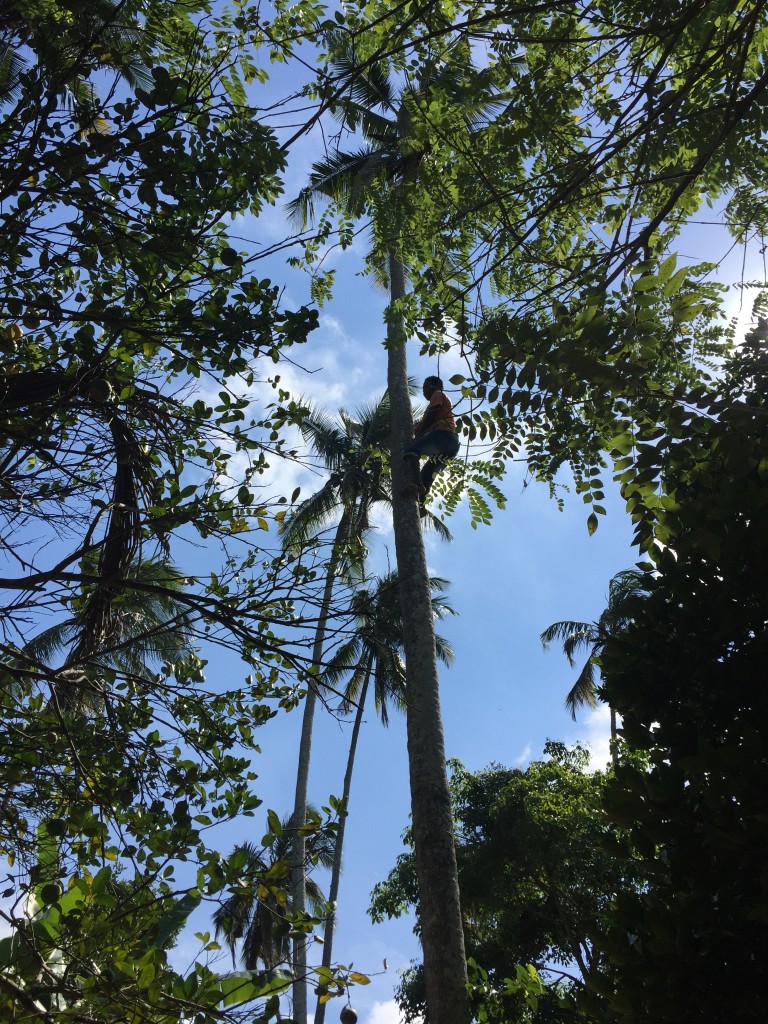 I’ve never really known how to open a coconut. I have looked up youtube videos and done some clumsy work with a hammer and screwdriver, then nervously ate my home coconut worrying I’d gotten screwdriver contamination in it, amazed I’d broken into it without injury. At the spice plantation, our host held a young coconut with his feet in flip flops, and expertly sliced away the flesh and cracked open the top so we could drink the fresh water, and then carved out the flesh. I was so nervous for him, but he had clearly done this many times before and cracked it open in seconds. 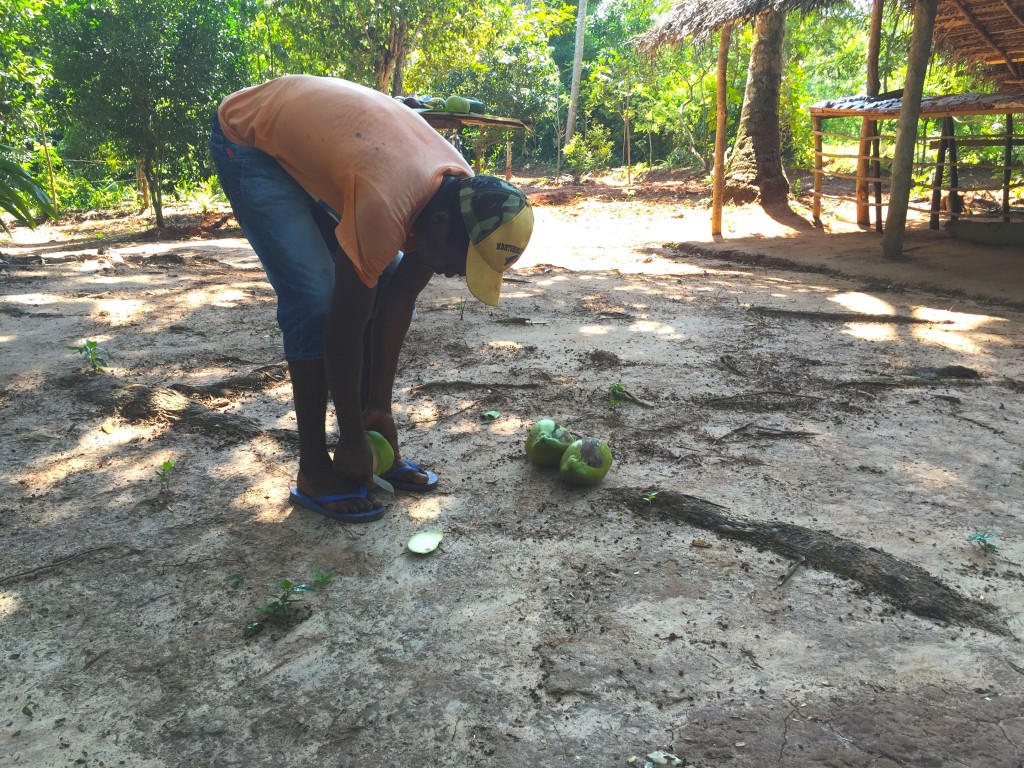 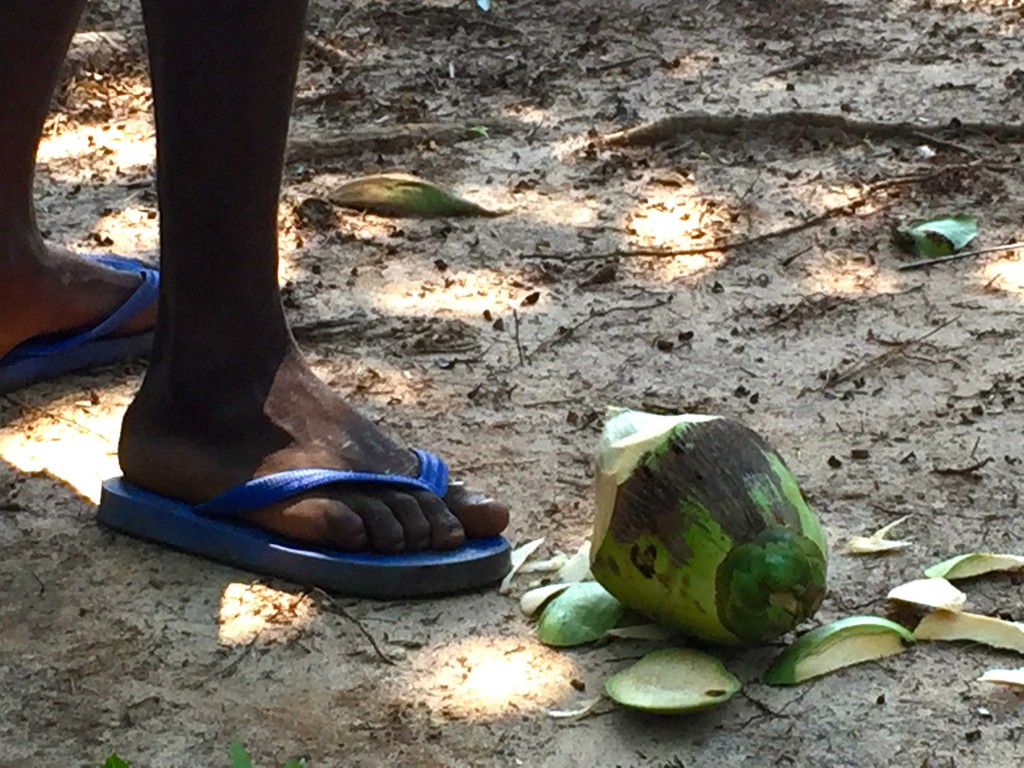 Most delicious coconut ever.