and I called myself a foliage gardener 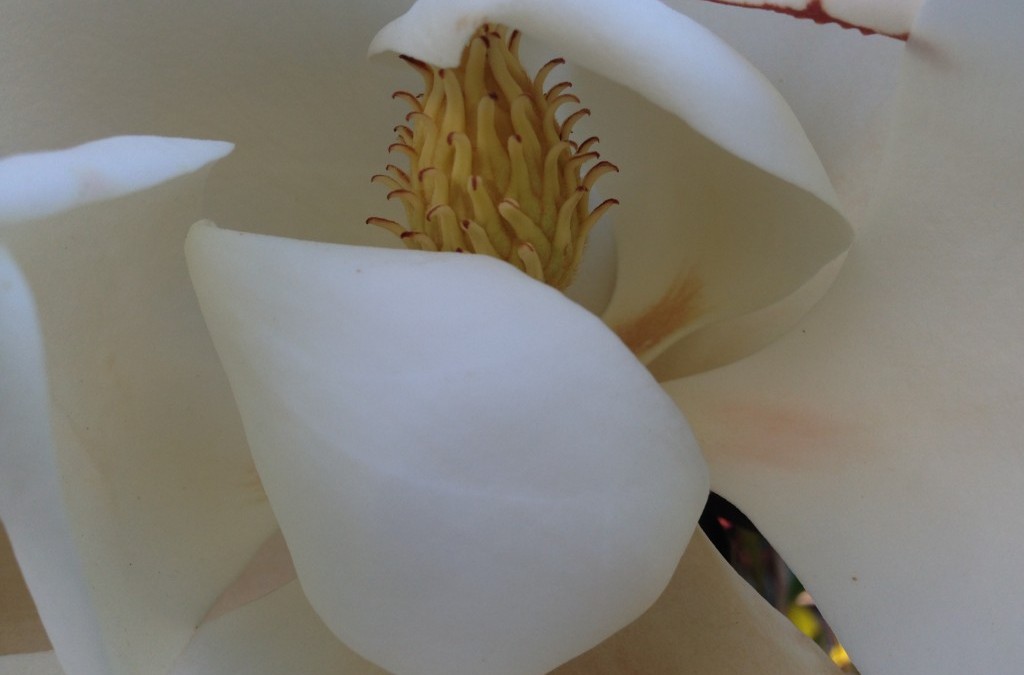 I bet I don’t need to tell you, there are so many delights in the garden, it’s hard to know which way to run.

This greeted me when I opened the bedroom blinds yesterday morning. A dwarf Magnolia grandiflora loaded with blooms. It was here when we moved in, and I’m glad they made this selection.

And this Opuntia humifusa. It gets completely shriveled in winter, but always makes a spectacular comeback. A crazy amount of buds this year.

Here’s a little piece of the O. humifusa that I broke off the mother plant and tossed in the Sea of Juniper garden out front. It’s blooming too! If you ever thought getting an Opuntia, this is the one.

I love Canna musafolia, and have both the green and red varieties. So much fun, and so reliable. The Red Banana Canna is from a one-gallon pot I bought 2 summers ago. I’ve divided once, and look, still lots to share. The feathery plant in front is Amosonia hubritchii, another stunner. I’m babysitting a Eupatorium ‘Elegant Feathers’ for Danger Garden. That would look good with this too. I had one in my Alameda garden, but not here yet. Must remedy that situation.

I transplanted several Tertrapax from Ron Wagner’s garden, before he left for Thailand with just a suitcase in hand. He had a lot of garden to leave behind. But imagine what he can grow there. I don’t have contact information, but if anyone out there does, it’d be great to know what Ron’s up to.

Kniphofia is a  spectacular plant, and I need more.

So happy this little pomegranate pulled through. I killed one in the past, but this guy so far, knock on wood.

I didn’t realize the back of the leaf did this. Crazy good, no?

The front of the leaf isn’t too terrible either.

My daughter, Megan, alerted me to this plant. It’s in the garden behind the Cyperus Papyrus, and mimics the shape nicely, but much denser. A cool plant-which I should have gotten in the ground sooner, but it’s performing just the same.

I love this King Tut Papyrus and get every year as an annual. It’s always under $10. Once I found it in 4″ pots for $2.69 and I bought a bunch. (If anyone sees at Means for these ridiculously low prices, grab me a half-dozen. I swear, I’m good for it.)

The scent of this Nicotiana, a plant I picked up a few years ago for $3.99 at Garden Fever, is spectacular. It hitched a ride with other transplants from the Alameda garden and I didn’t realize I had it until it popped up like crazy. I considered yanking because it’s so prolific, until I caught its scent. It perfumes the house at night. A good one for planting by your bedroom window.

Meanwhile, out front, a Jasmine–also here when we moved–in is blooming like crazy. I really hadn’t considered the importance of fragrance–other than in, oh fragrance, sure. But it’s intoxicating scent wafts through the entire house. It can take a drastic haircut and still be great. You probably need some of this, too.

On an early post, I think I claimed this Lobelia and Hesperaloe played well together.

But as you can see, the Lobelia is taking charge. I probably should untangle that mess come fall.

The potted summer tropicals are on the rise. Hoping they’ll be show ready in a couple weeks.

Can’t wait to see pictures of your gardens. We love hearing from you. Maybe you can make friends with us on Faceback.