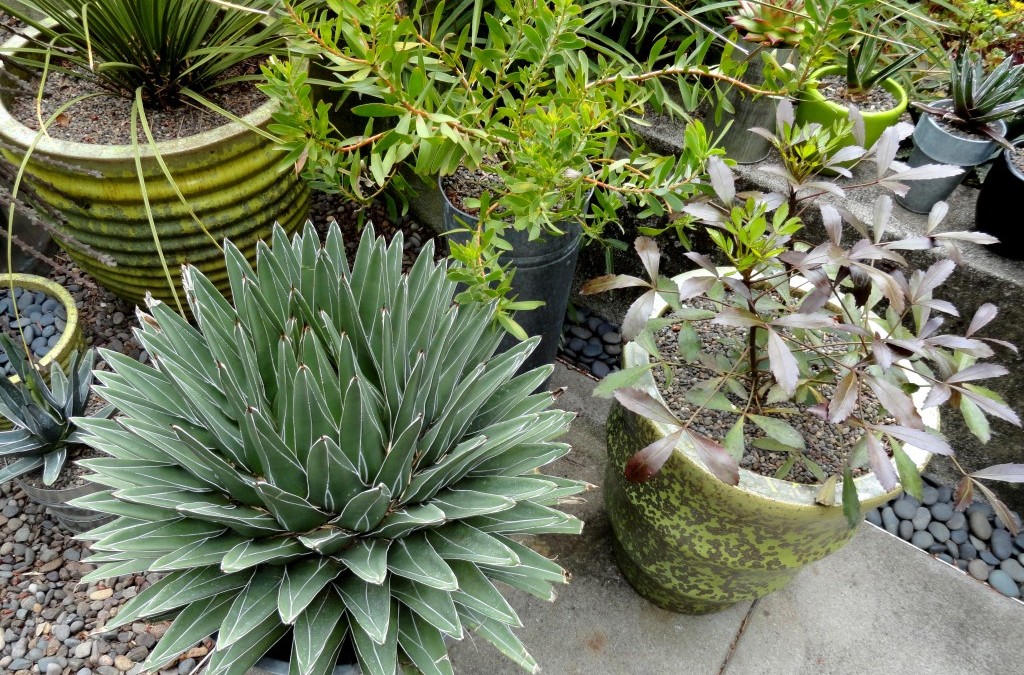 No not “garden style” as in modern, cottage, prairie, or any of those buzzwords. “Gardening style” as in how you go about it, or as Patricia wrote last week, “gardening by brain style.” Her words got me thinking about my own style. Patricia herself has often accused me of being organized, always having a plan. I think an hour or two of watching me work in the garden would quickly dispel that notion.

One recent morning I set out to plant a few things that needed to get in the ground now – as in I was feeling guilty about letting them languish for too long unplanted (garden guilt, we’ll revisit that topic in a bit). Do you think that’s what I did? No. Instead I found myself arranging my hanging planters under the shade pavilion. I’d long been mulling over what belonged where and what to plant in them, suddenly I had to act. 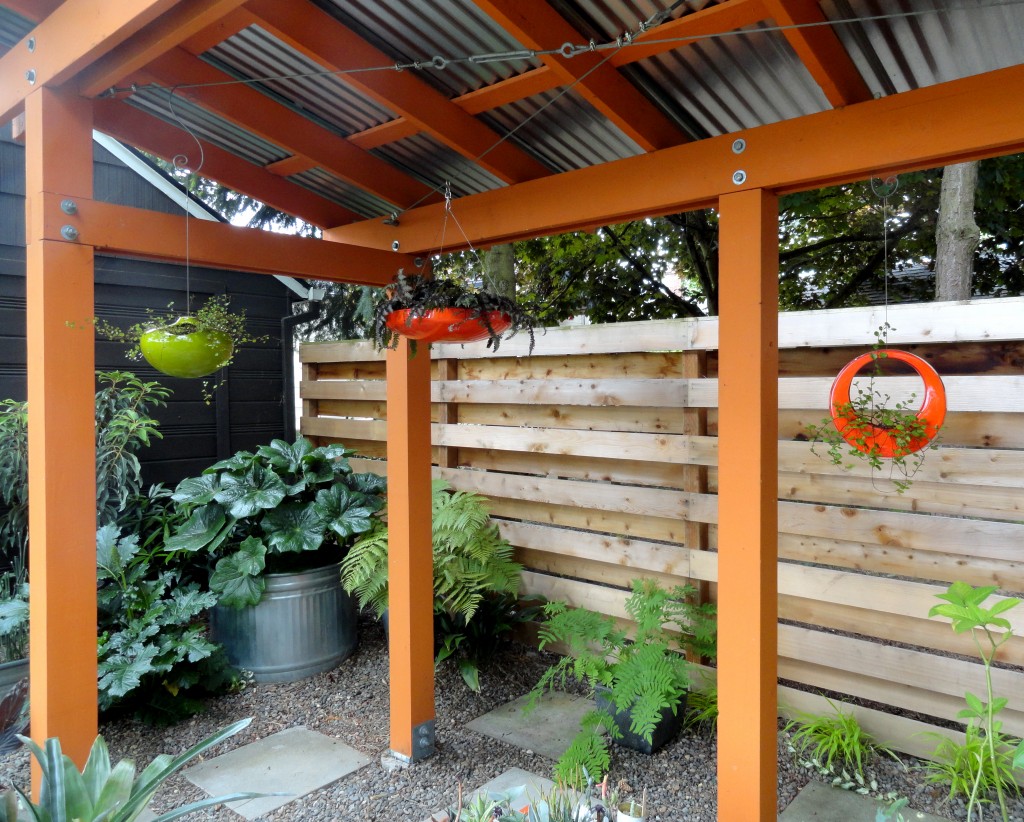 I suppose Patricia is right, in that I went out with a plan (to plant), I always start with a plan. And I eventually accomplish that which I set out to do, just not right away. Does that happen to you too? Distracted by tasks you might not have even realized you needed to do? In case you’re wondering, yes, the planting did occur… 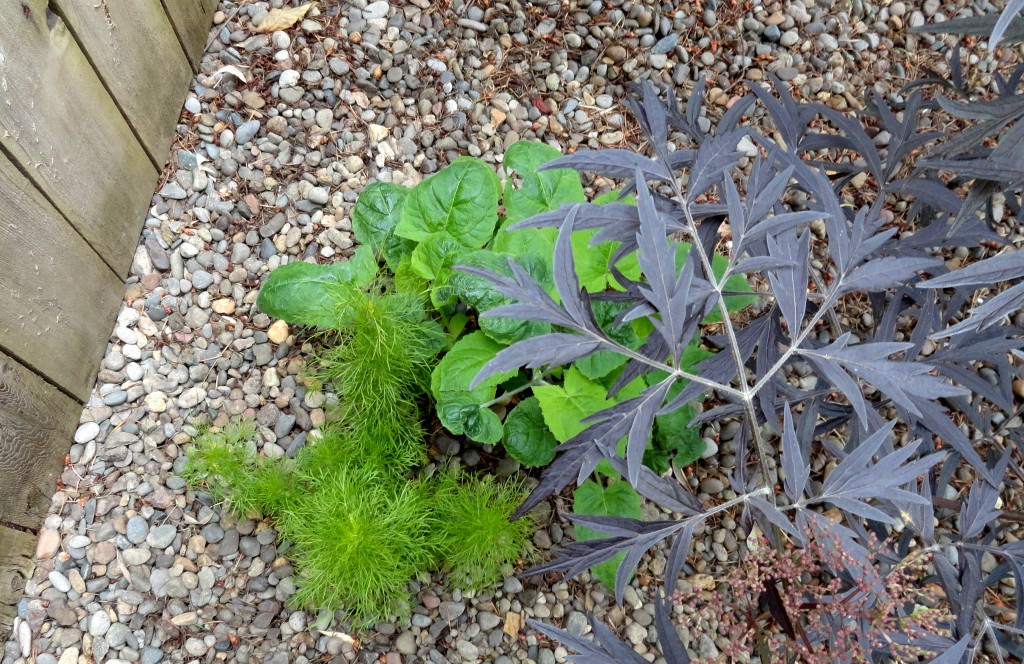 Oh but the other things I got done beforehand! The lawn was mowed and edged, it’s like straightening up the kitchen before you start cooking.

I divided and moved a variegated Hosta that (for years) had been buried by less exciting leaves. 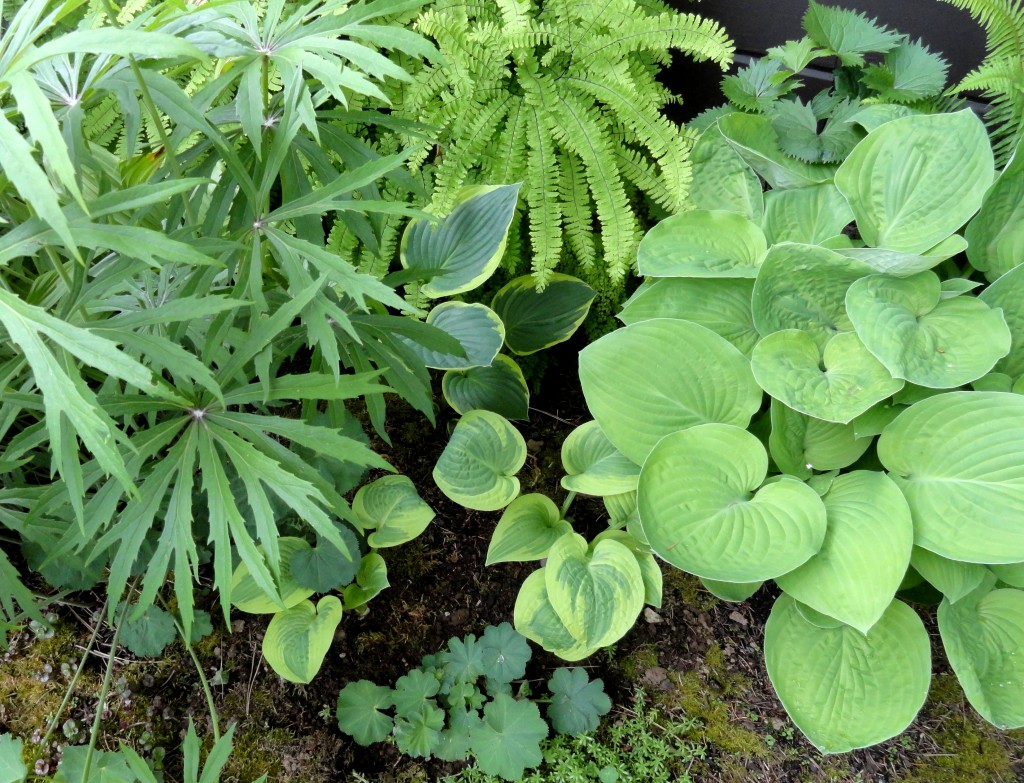 And I picked last year’s leaf litter out of my prized Agave victoriae-reginae. 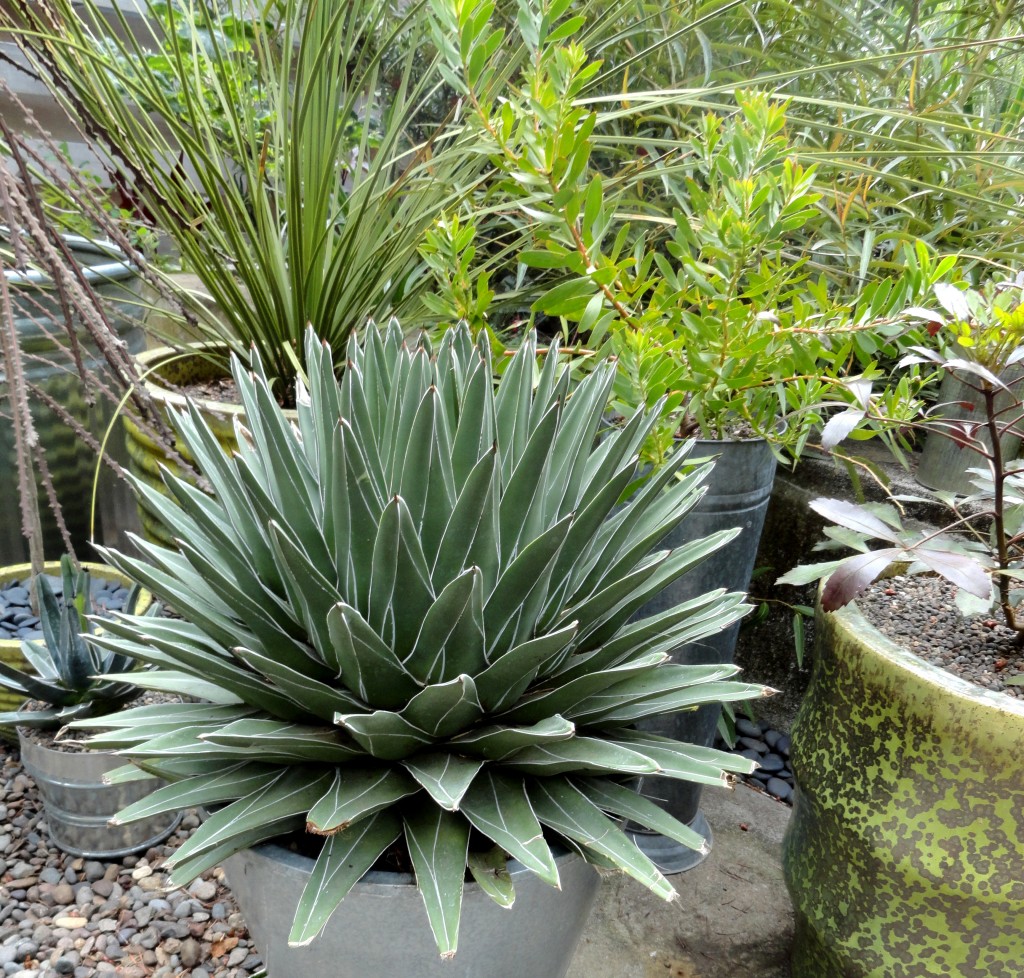 It’s amazing what I get done when I’m not getting done the thing I went out to get done.

I keep telling myself gardening is a luxury, not a need. But we all know differently don’t we? I need that time in the garden to disconnect from the digital world and connect with the real, live one.

Now about that guilt. Megan has been known to say “there is no guilt in gardening” – it’s a great motto, and I get it. And I wouldn’t really say that I have gardening guilt, more like occasionally being garden-task overwhelmed. There are times when there is so much to do in the garden that it becomes a huge weight. One that quickly lifts when I’m able to get out there and start doing, which I am going to do now! (hope you are too, soon…)