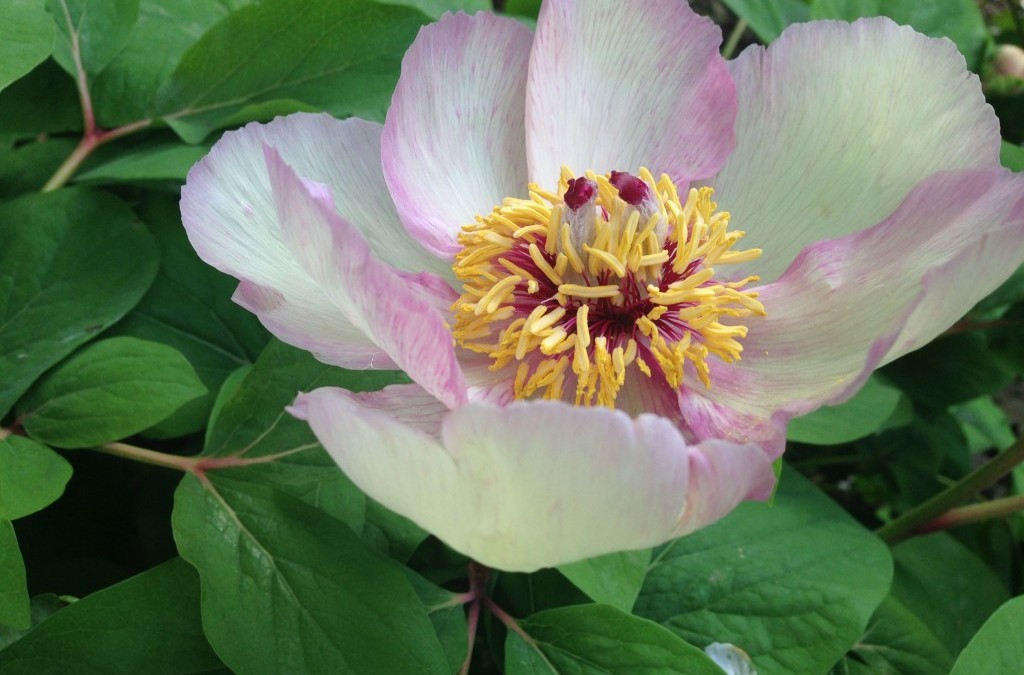 I bought a peony at a plant sale where it was labeled “Woodland Peony.” That should mean it is Paeonia obovata, although I tend not to 100% trust plant labels that don’t include a latin name. I can’t speak for all P. obovata since I just have the one, but this plant reinvents itself more than any other plant I’ve ever known.

I chose P. obovata because it grows in a semi-shady woodland setting, and because it allegedly has single creamy flowers. An unassuming mild mannered plant that fits in nicely with the surrounding plants in shades of green, gold, and white. But this plant does not bloom whatever color The Man says it should bloom. It does whatever it pleases, and reserves the right to change its mind day to day.

The first buds of 2015 arrived, and it appeared this would be a year of white flowers with pink edges. 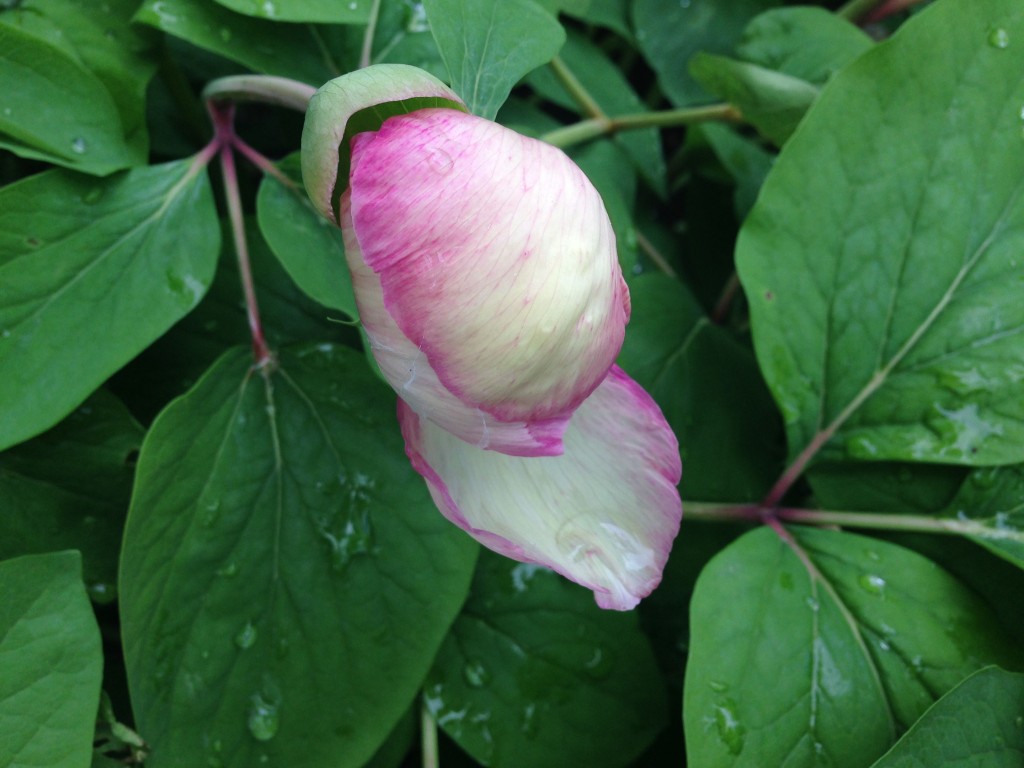 The flowers opened to an alternating pink and white. Not white, like I had planned, but not quite as intense as some of the previous years. Notice the petal shape, smooth and round. 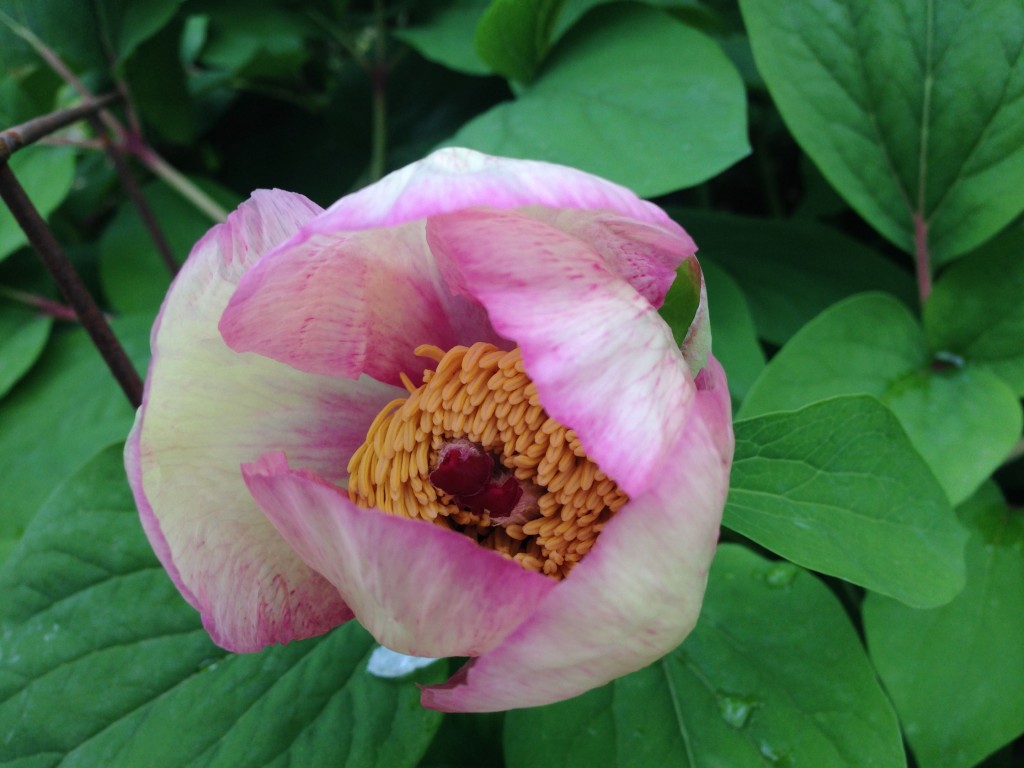 Not to be confined to a single flower style, some of the flowers had fringed petals instead. 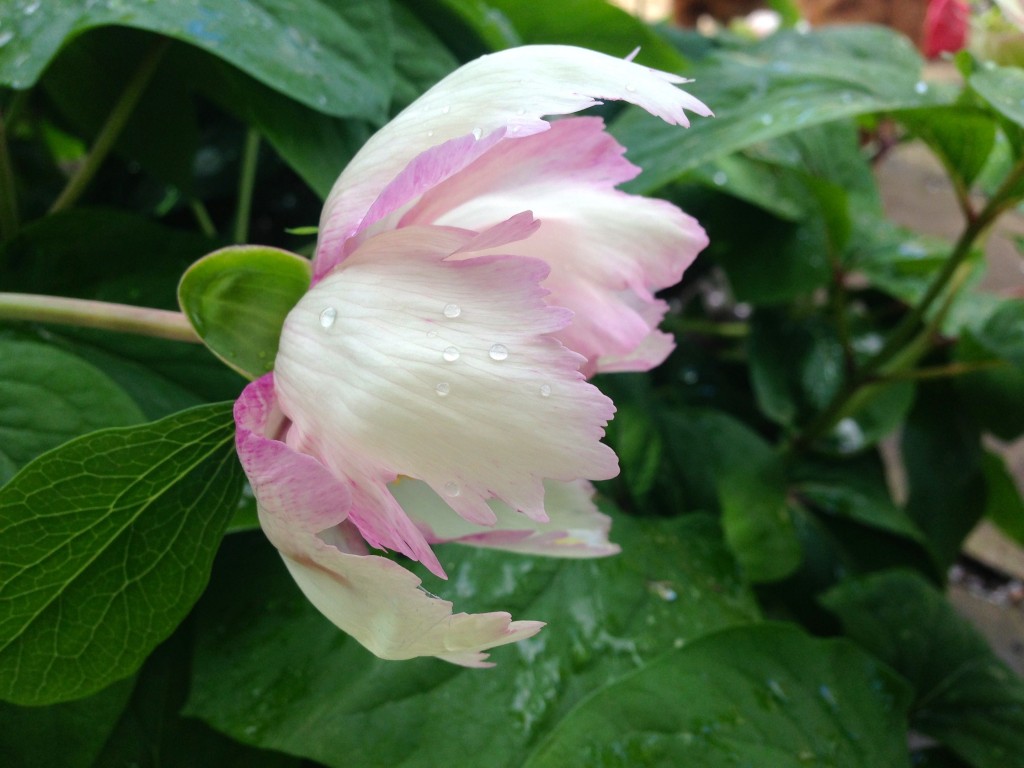 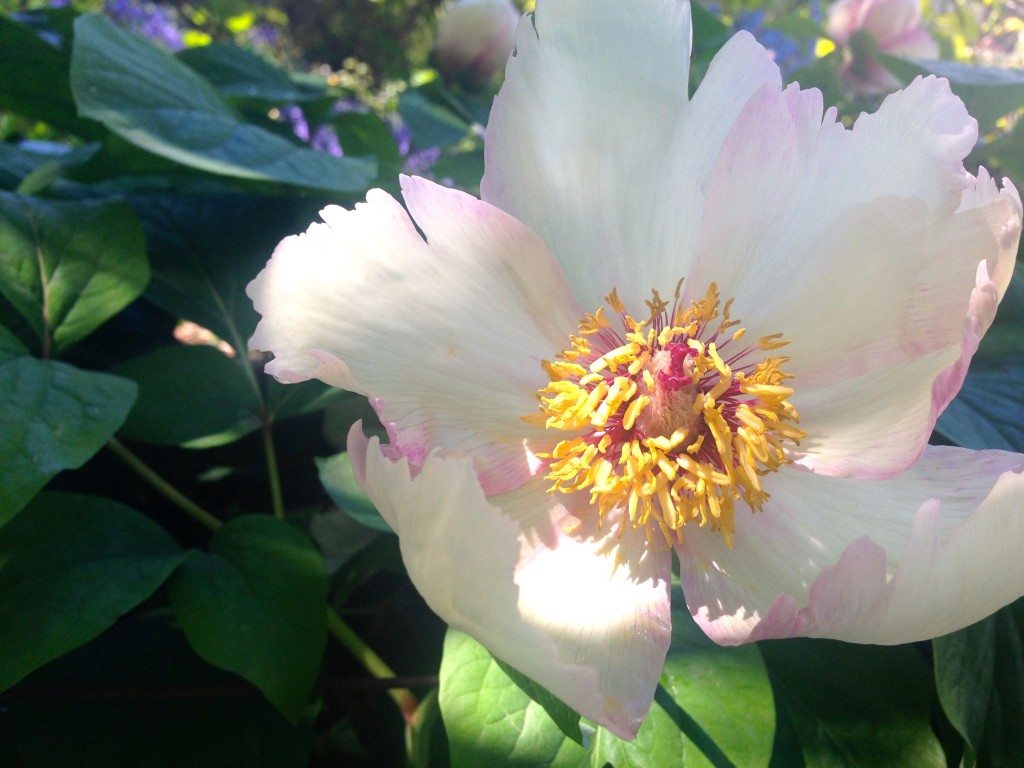 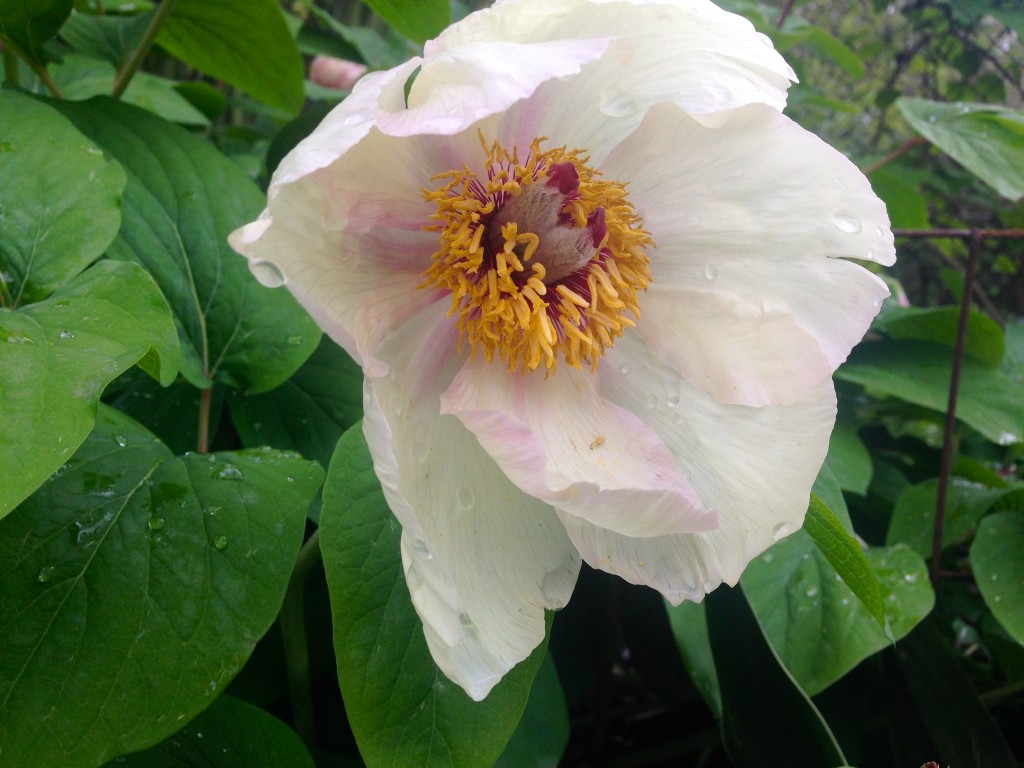 Toward the end of the bloom season, cream buds began to appear, instead of the two-toned pink variety. 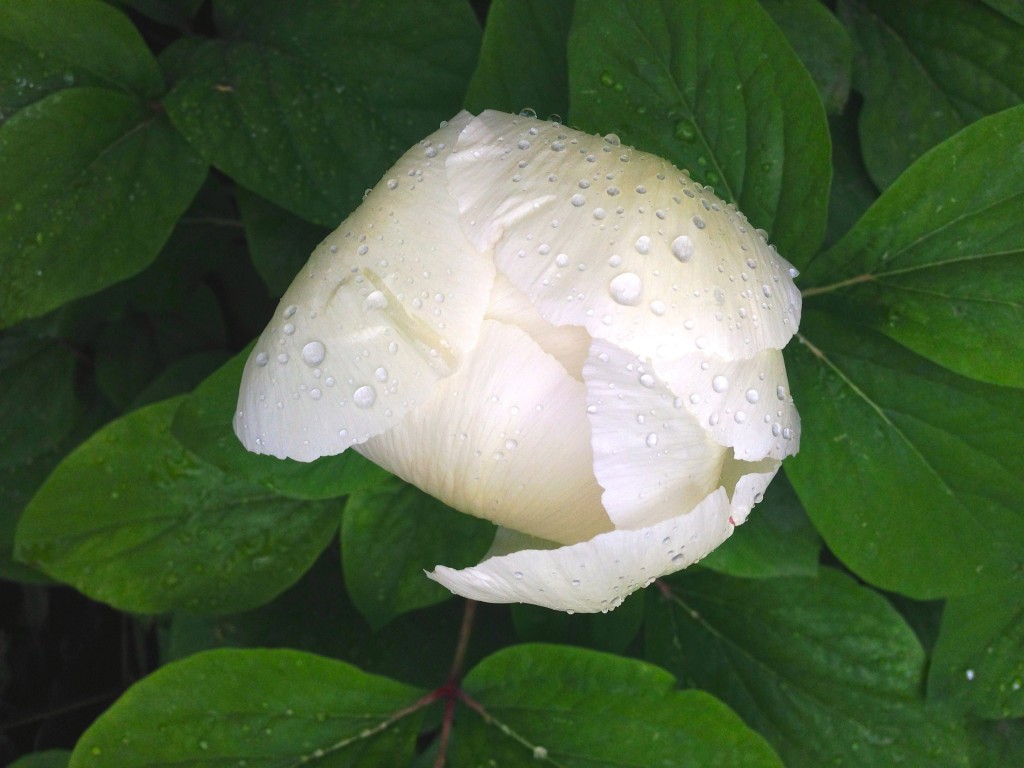 For the final week of the flower show, the whole plant had the white flowers I’d originally thought I was getting when I planted it. 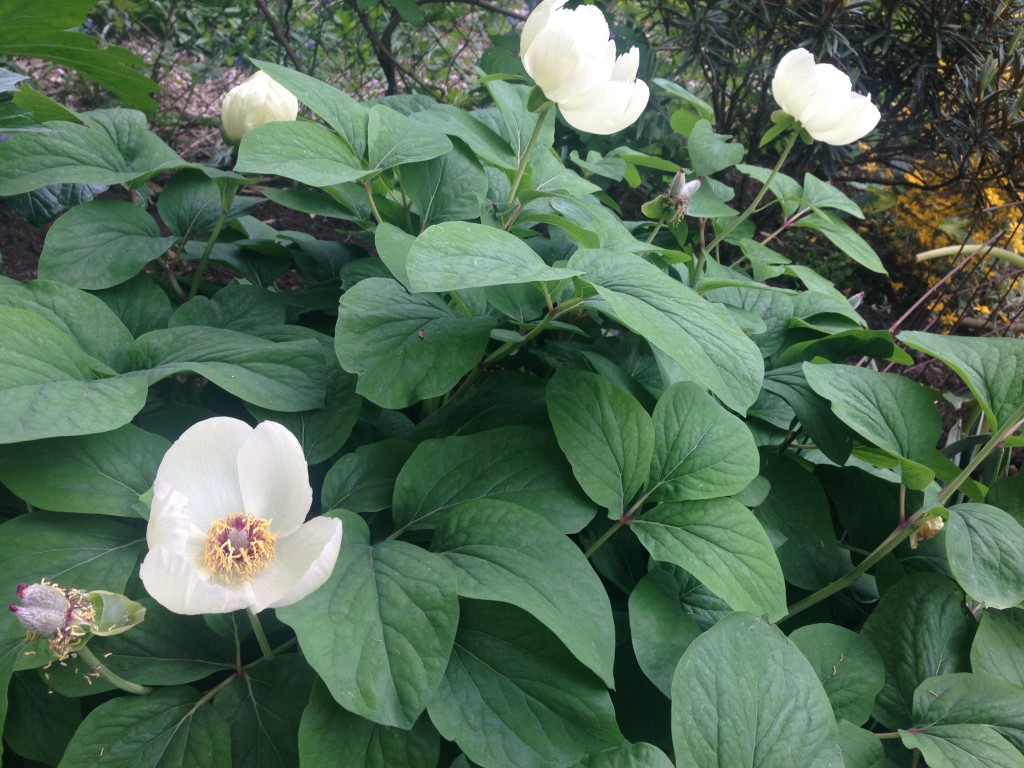 I love the leaves of this peony enough to grow it for foliage alone, but this is one plant that never gets the off-with-their-heads flower treatment. The petals are only the beginning. 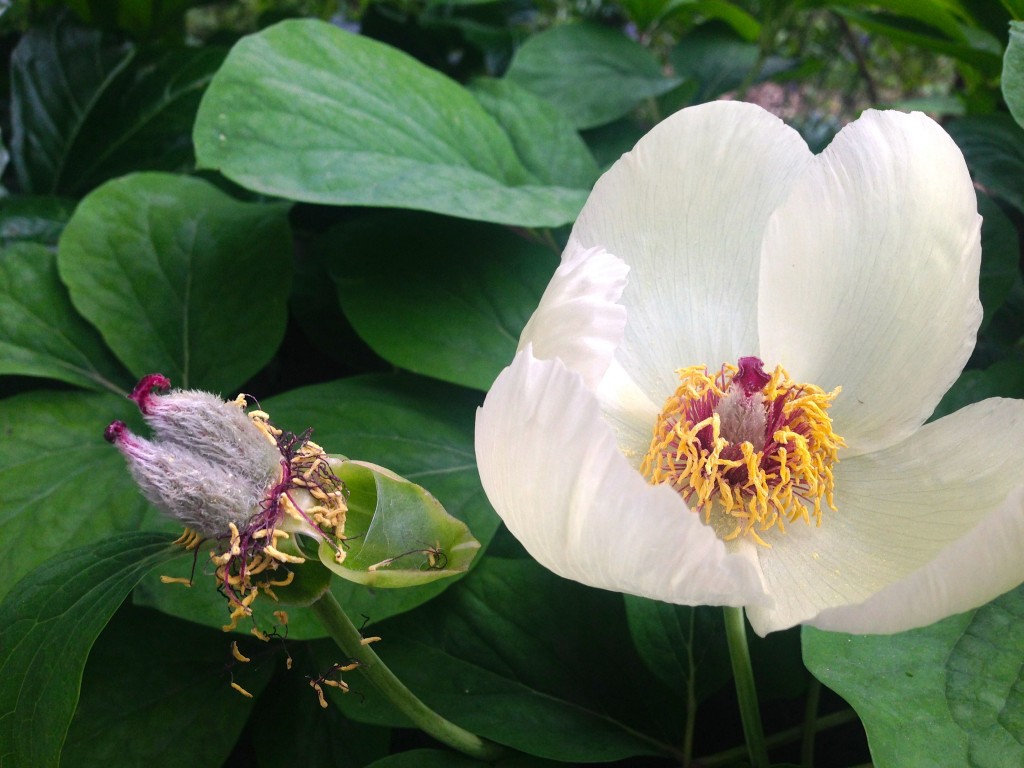 The seed pods are gorgeous right away. Do you remember Fraggles? Do you see the resemblance? 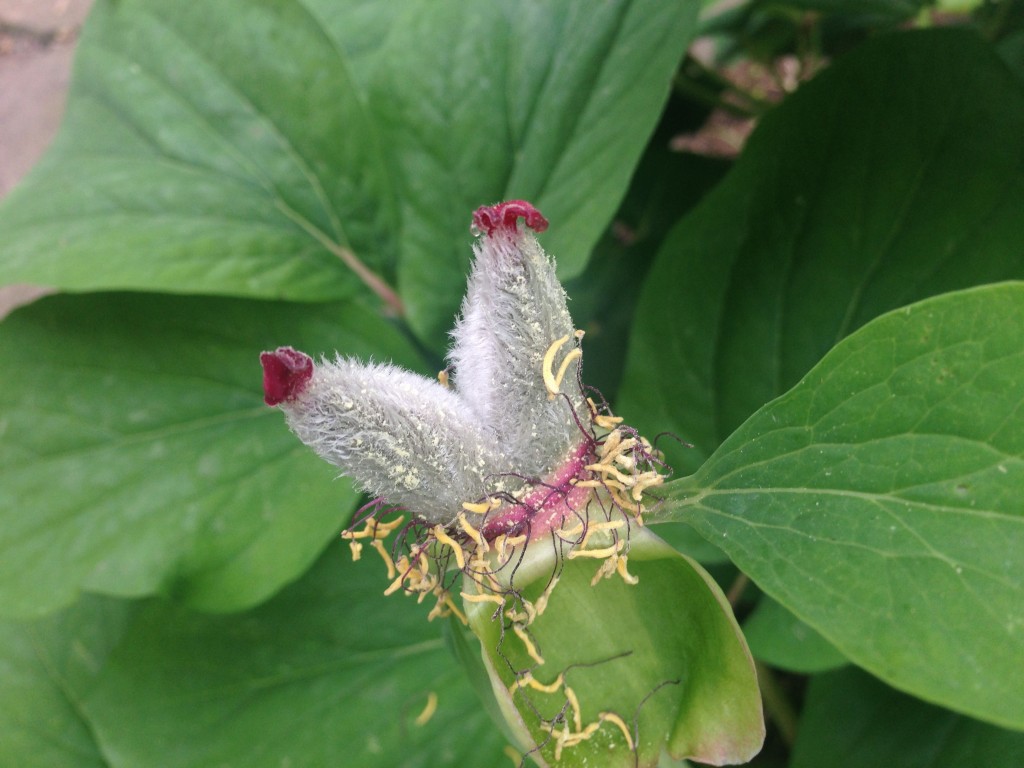 Later in the year, the seed pods will burst open with this curious display. This picture was back in August of 2009. 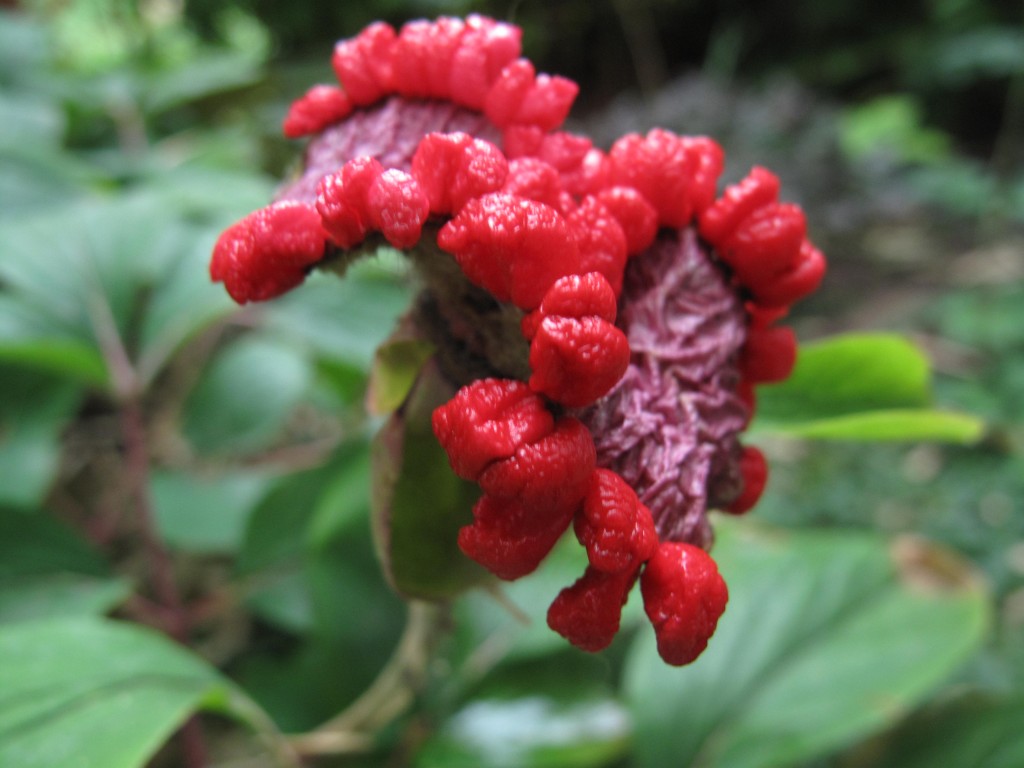 This was a fun year. Quite a bit toned down from the intense pink back in 2008. 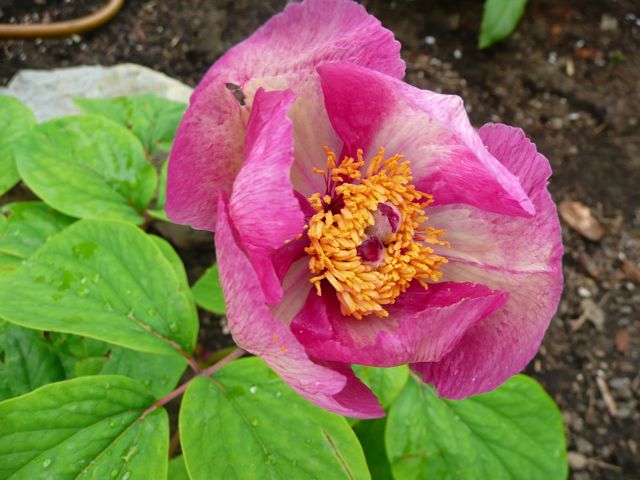 Do you have any plants that surprise you with a new look every year?