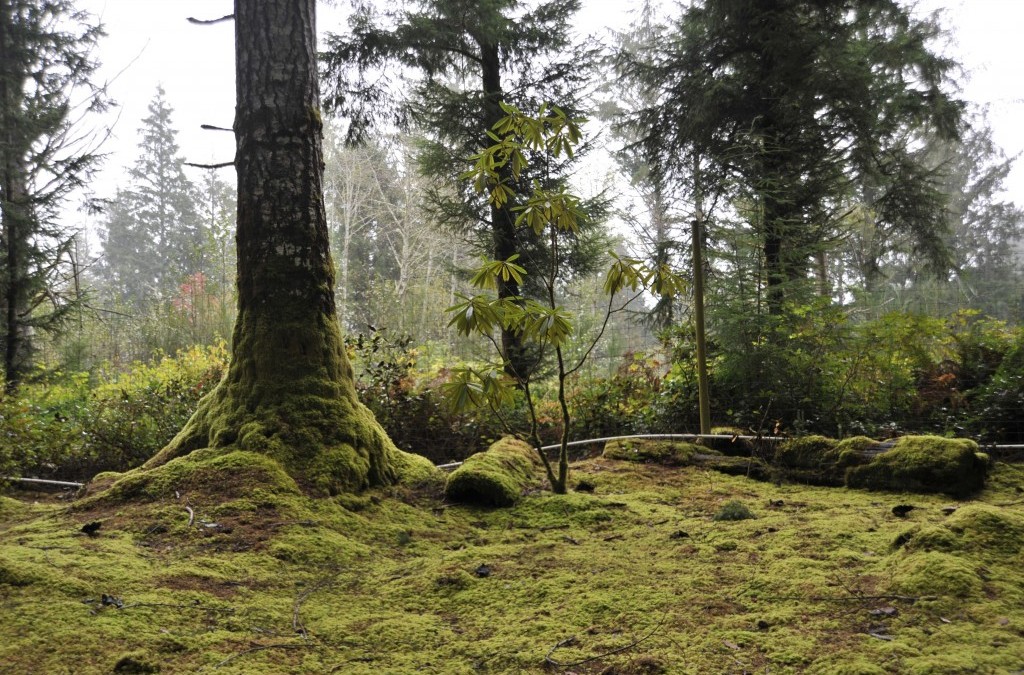 Tell me I’m not alone. Now that it’s all moist and mossy out there, I frequently see moss that stops me in my tracks. There are just so many strange-good variations. I’m pretty sure people think I’m nuts, stooped and closely examining a rock or a spot of bark dust in a parking lot. “But this moss is different from the other moss, and I need to see what it feels like” I want to explain. But either I still look crazy, or I’m talking to a fellow crazy plant person, in which case they already understand.

Some moss is soft and golden and feathery, and you can’t help but run your fingers through it. 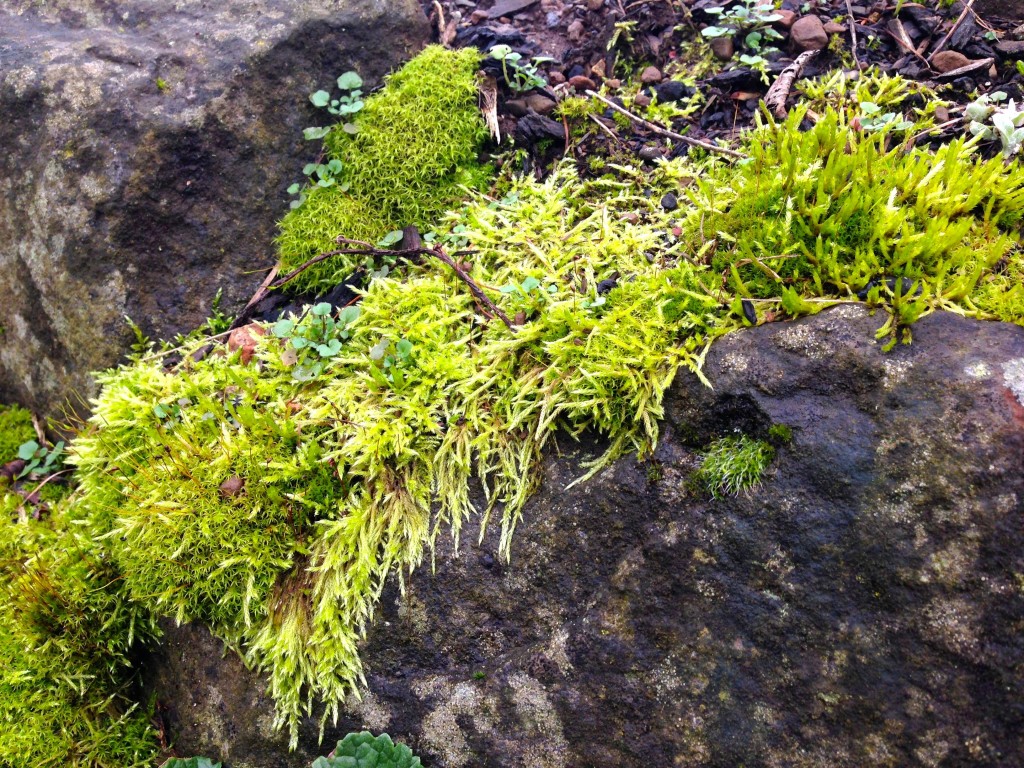 Some moss is sprouting what look like tiny spiky conifers. 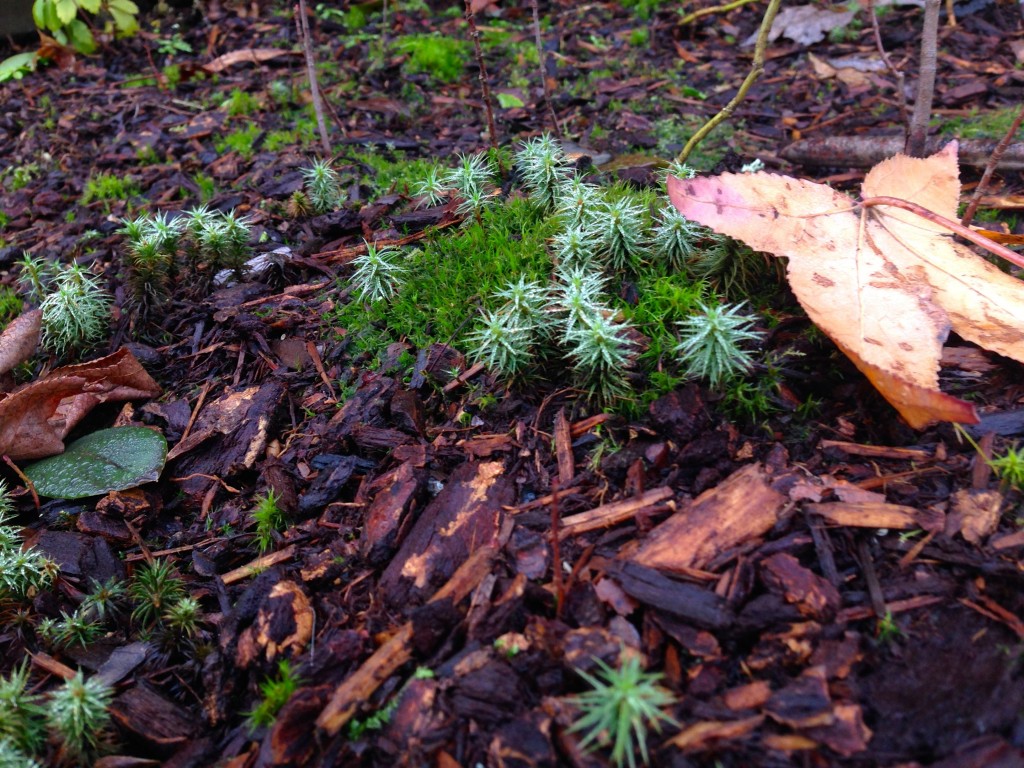 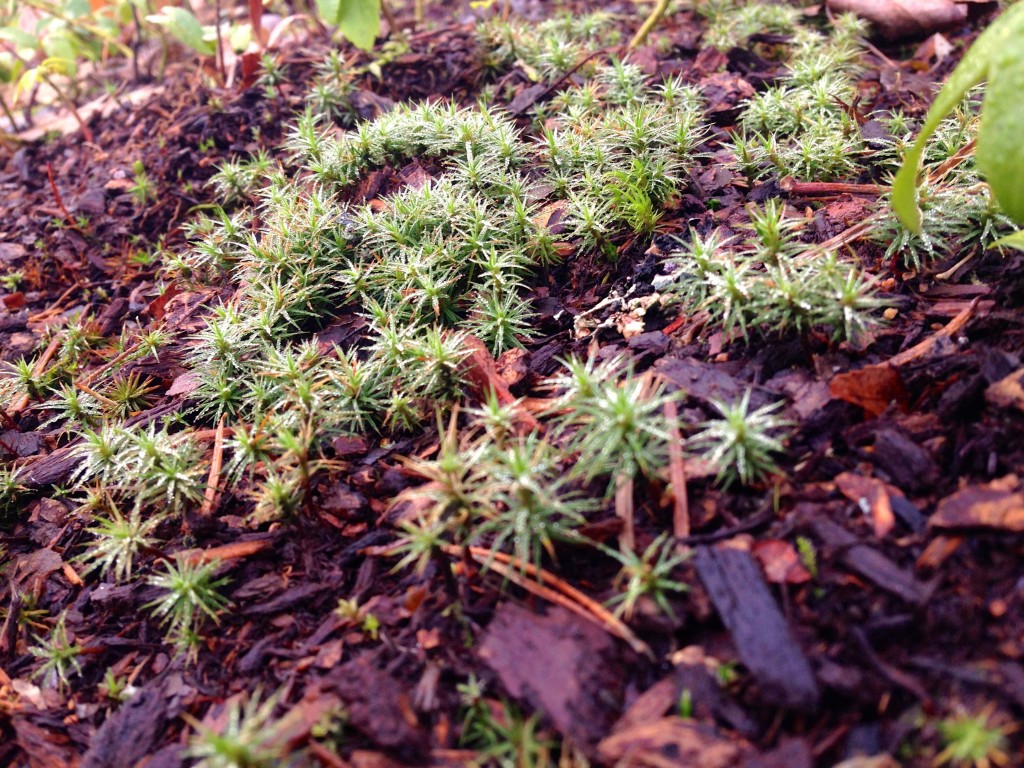 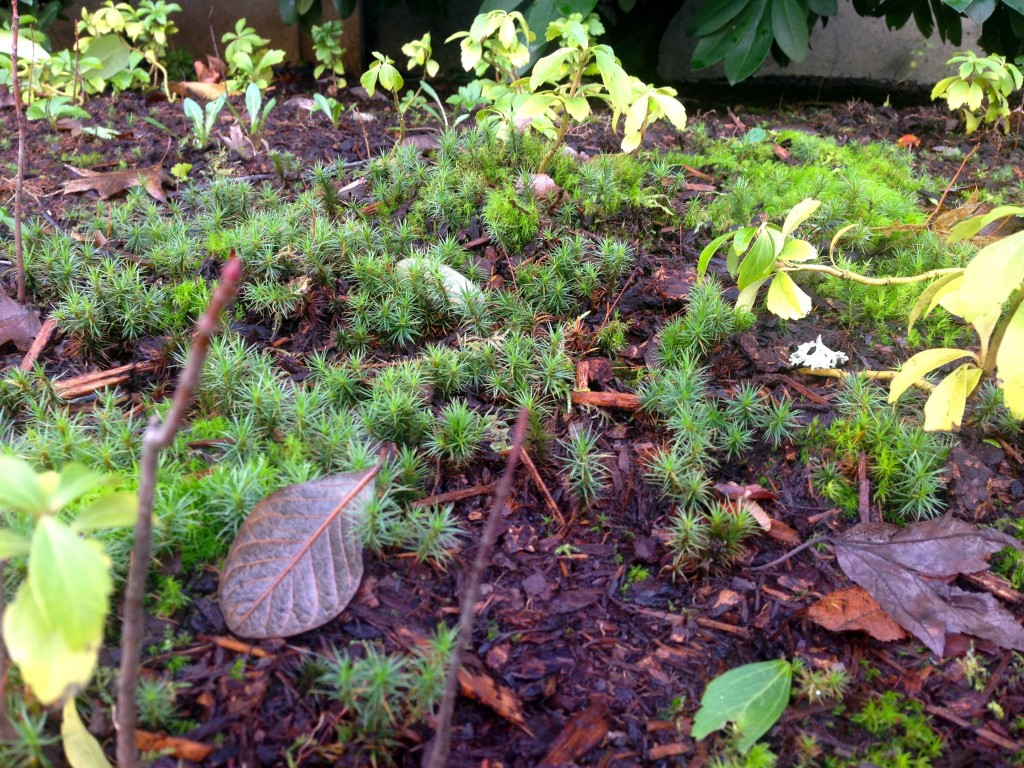 Some moss (or lichen?) is coarse and papery and looks like it has fallen from the trees.  It was firmly planted, I checked. 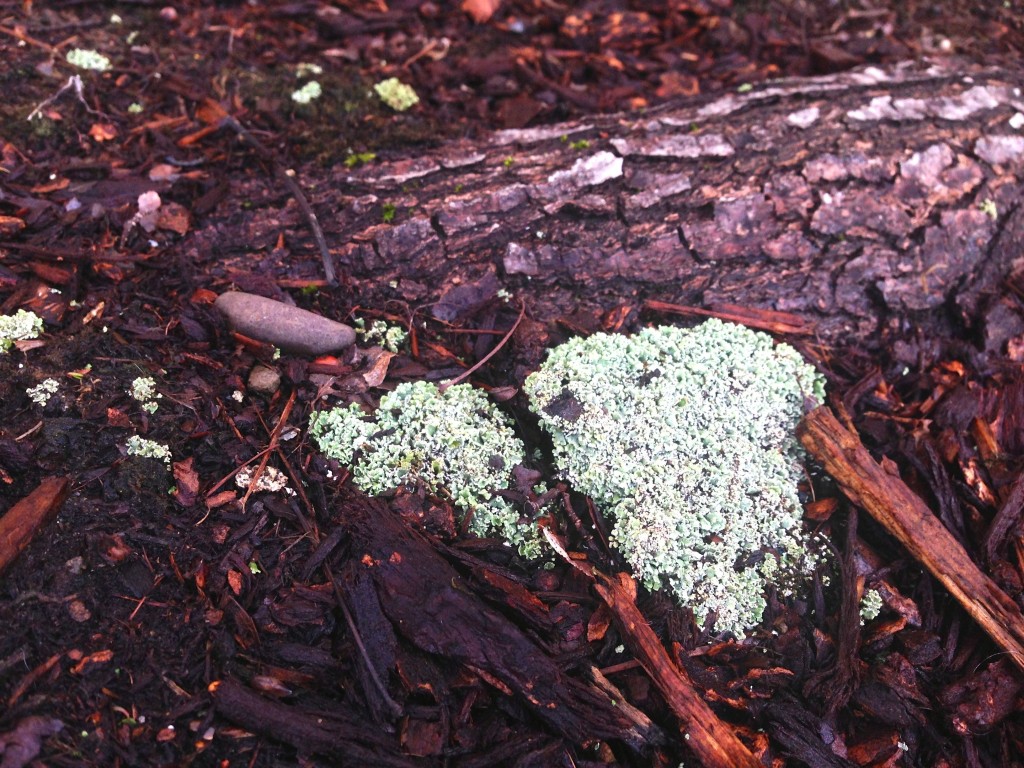 Some patches of moss serve as placemats for snacking birds. 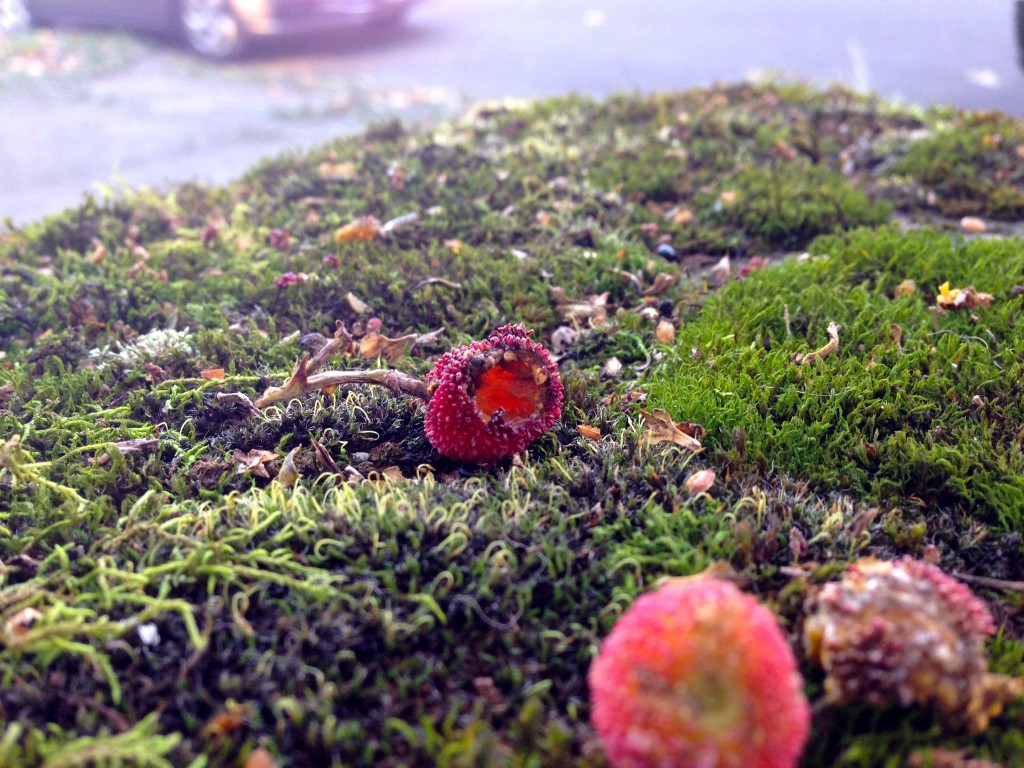 Some mosses appear to be growing their own mosses. Moss on moss. 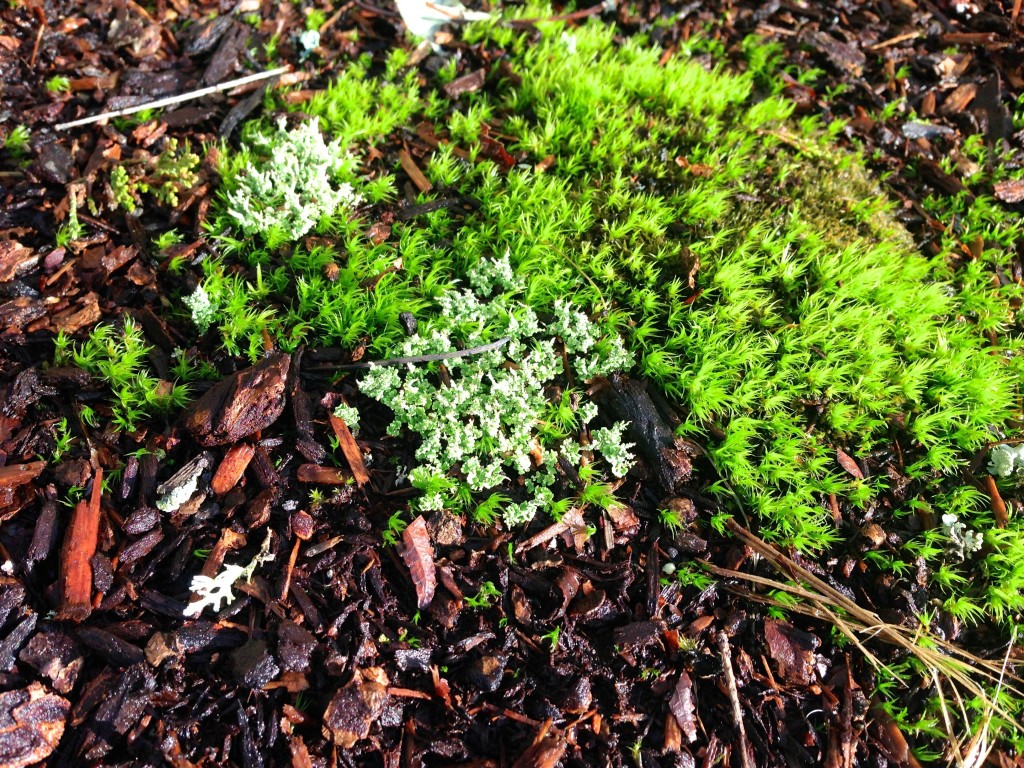 Some mosses are growing their own Mexican Feather Grass. 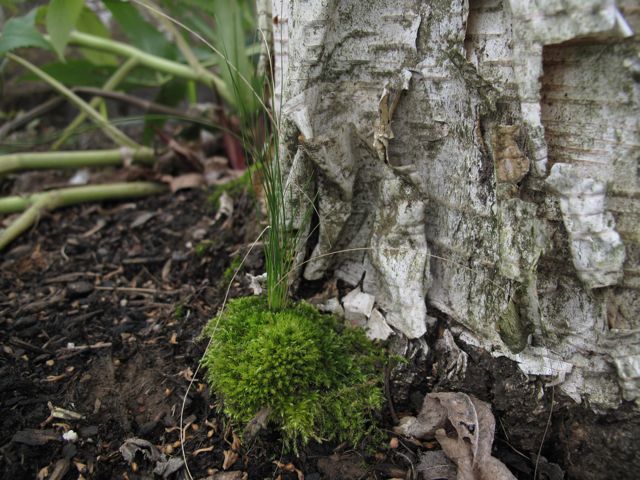 Some look like they’re part of a tide pool scene with sedums and sempervivums for sea anemones. 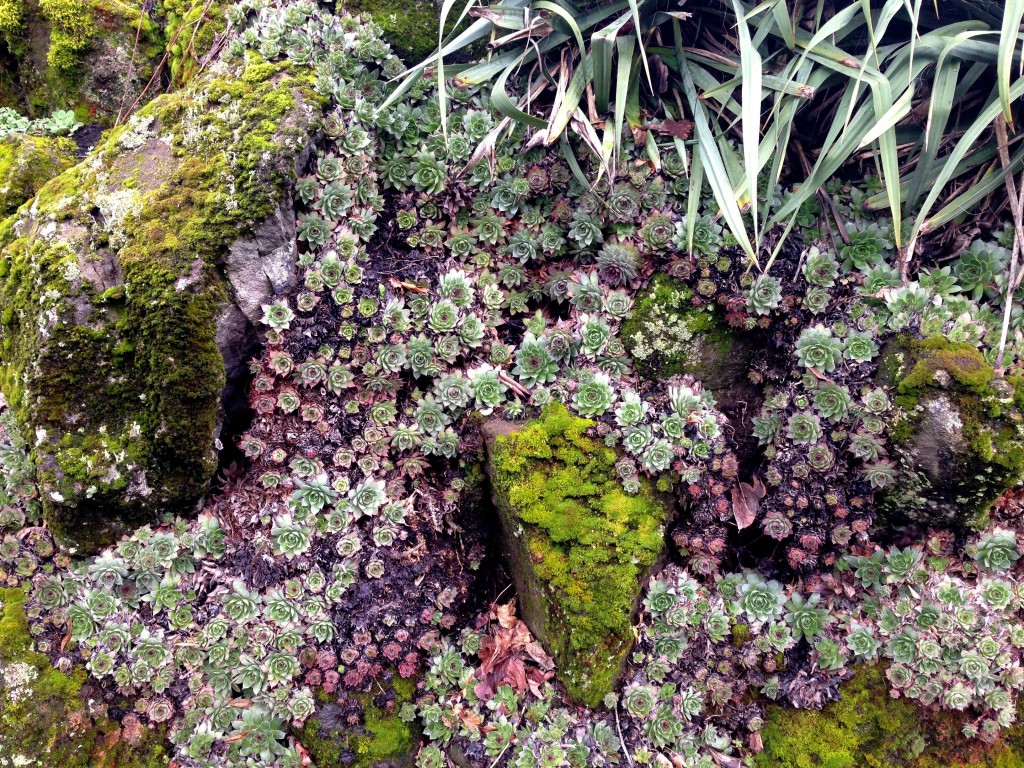 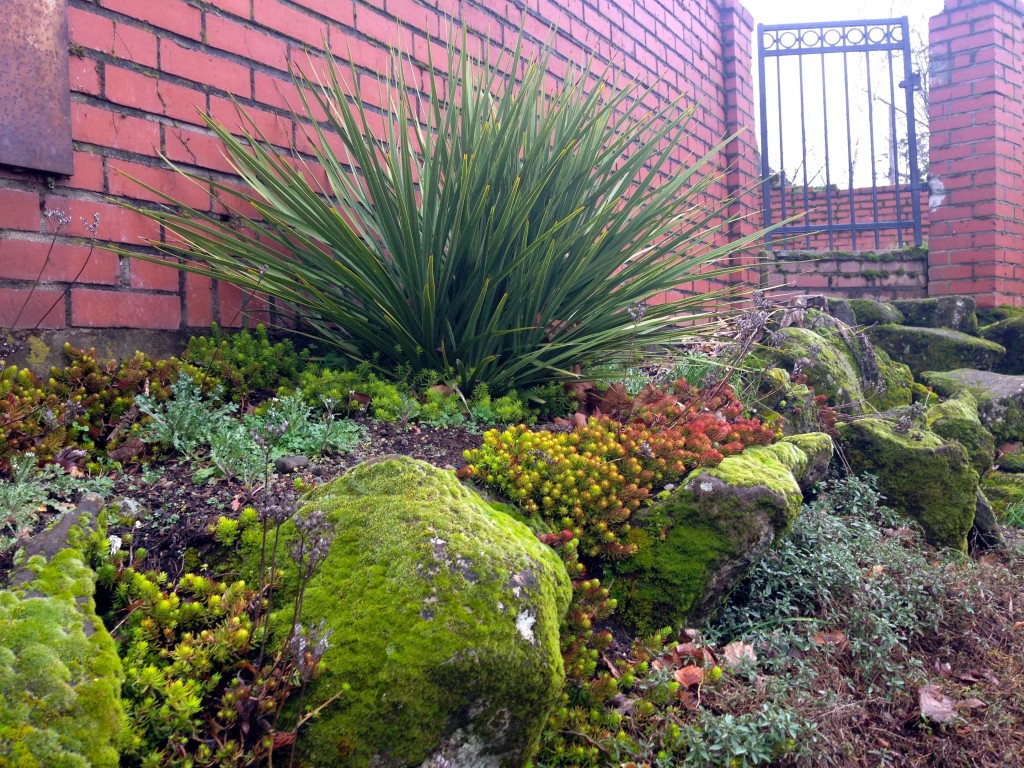 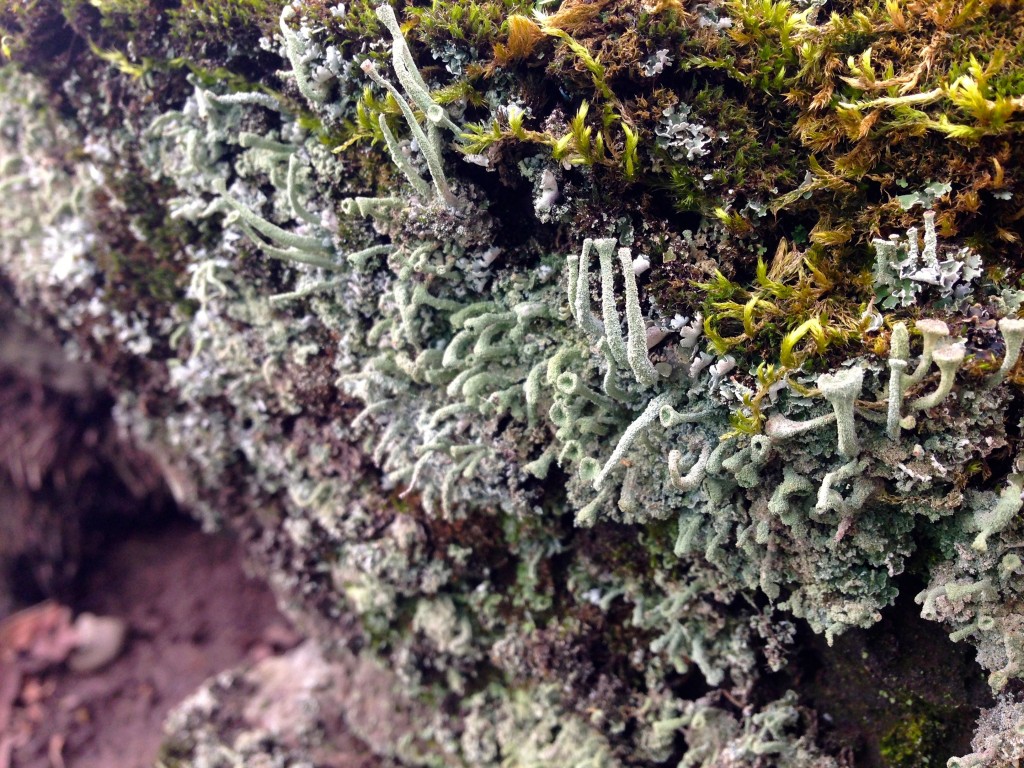 But mostly moss is fleeting and comes and goes at will, rarely tamed by gardeners. Because we always want what we can’t have, I get very excited when I find plants that mimic moss.

I have a new plant crush. Must have Bolax gummifera, which I’m currently unable to find, making me want it even more. It’s hardy to zone 6a so there’s no reason not to give it a shot. What’s not to love? It’s this lush, mounding, cascading, green flowering, dense carpet. If I locate this plant, I’ll send up the bat signal, and if you find it, will you do the same?

A little bit more zone denial will be necessary for this one in Portland, but Scleranthus biflorus is an Australian native hardy to zone 9a. I ‘m willing to gamble on zone 9 plants  since it seems winter just completely passed us by and if it’s not going to snow, then I’m going to have those plants the cool California kids grow, dammit. As Annie’s Annuals says about this plant, “Create your own Japanese moss garden without the high water bill!” Maybe I will, Annie. Maybe I will.

Or perhaps even more attainable, and no less beautiful, Scleranthus uniflorus, which should be hardy to zone 6a. When I saw this one in Loree’s archives from her visit to Alternative Eden, it instantly went on my wish list. No surprise with Mark & Gaz’s design sense, it is so perfectly placed here, spilling out on the path.

I wonder if this mystery plant I admired at Portland Nursery years ago is actually this very same Scleranthus uniflorus. 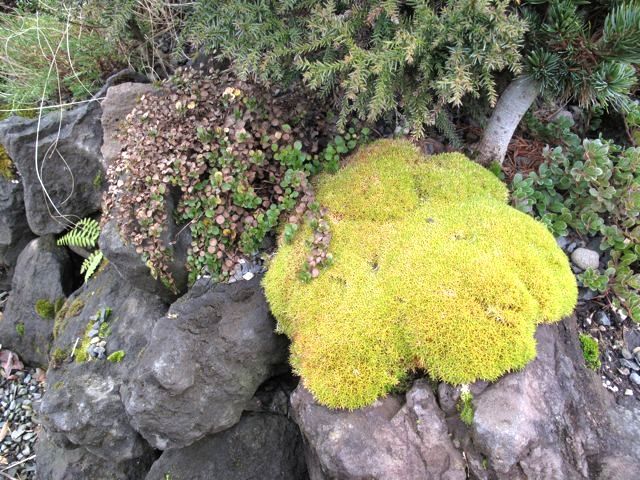 Minuartia Stellaria is another quite convincing moss impostor (immosstor?).

If you’re going for an impressive spread, could you do better than the creeping Muehlenbeckia axillaris ‘Nana?’ Wow.

Of course, there’s always room for one more Scotch Moss and the darker green Irish Moss. They’re easier to come by, but that doesn’t make me like them any less. 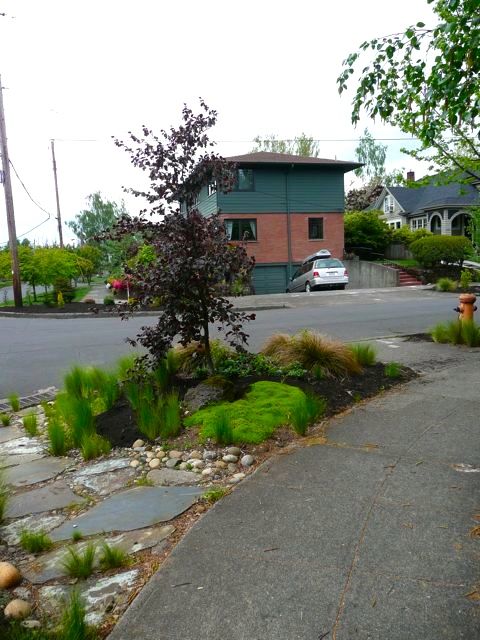 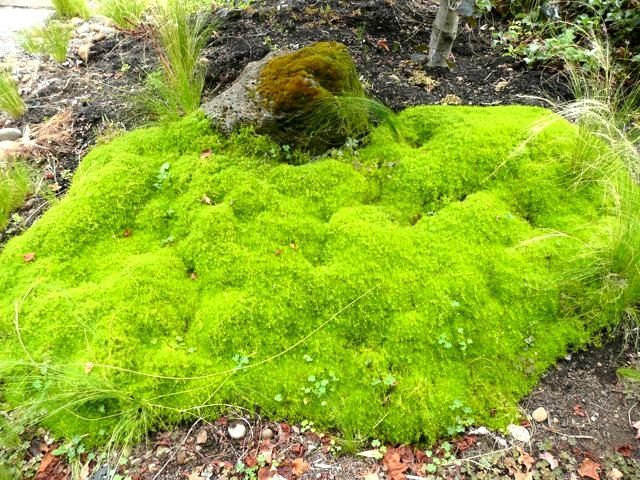 It’s always good to get out in a good soggy forest from time to time and enjoy the moss nature has planted. This was taken at Thompson’s Nursery in Waldport on the Oregon coast, where the moss is really happy.  Always an inspiration.