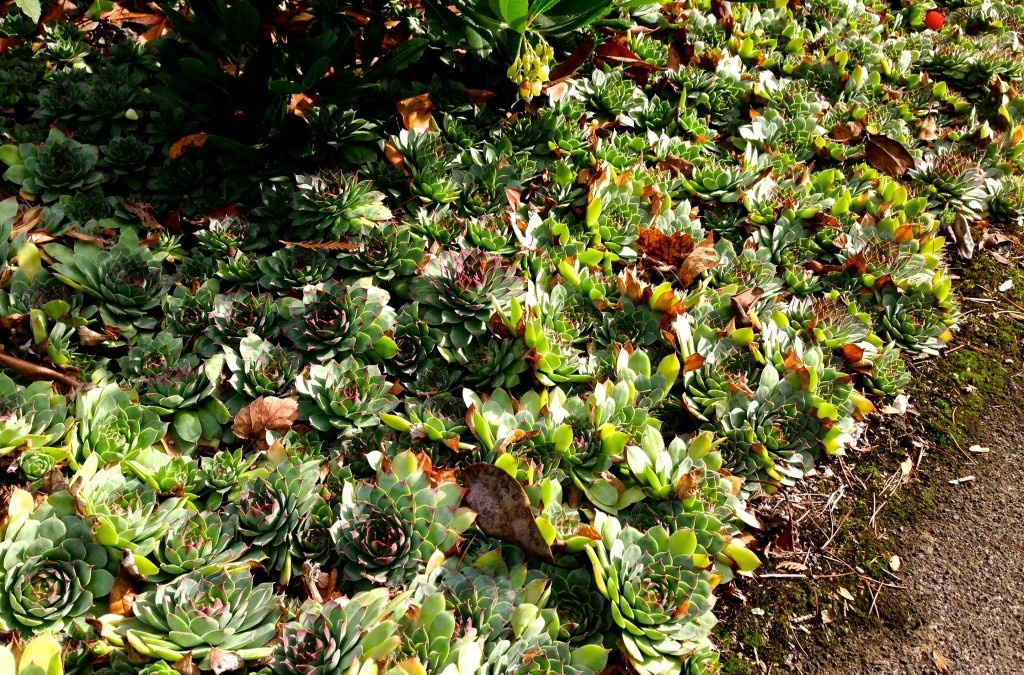 I am a gardener on a mission. This year my garden is in rehab following some bad decisions and bad luck that left it roughed up last year, and I’m feeling like a gardener impostor, moving among all these great gardeners while my yard is a big ol’ weedy dust bowl. But planting season is coming up. I need to pull things together in a hurry, because I don’t plan on spending another year being bummed out at the lushness that seemed to vanish overnight. I’ve been studying inspiration photos, and I realize there’s totally a trick to looking more pulled together.

Let me show you an example. Check this out. The Desert Garden at the Huntington Gardens is pretty much one of the most beautiful places on earth. 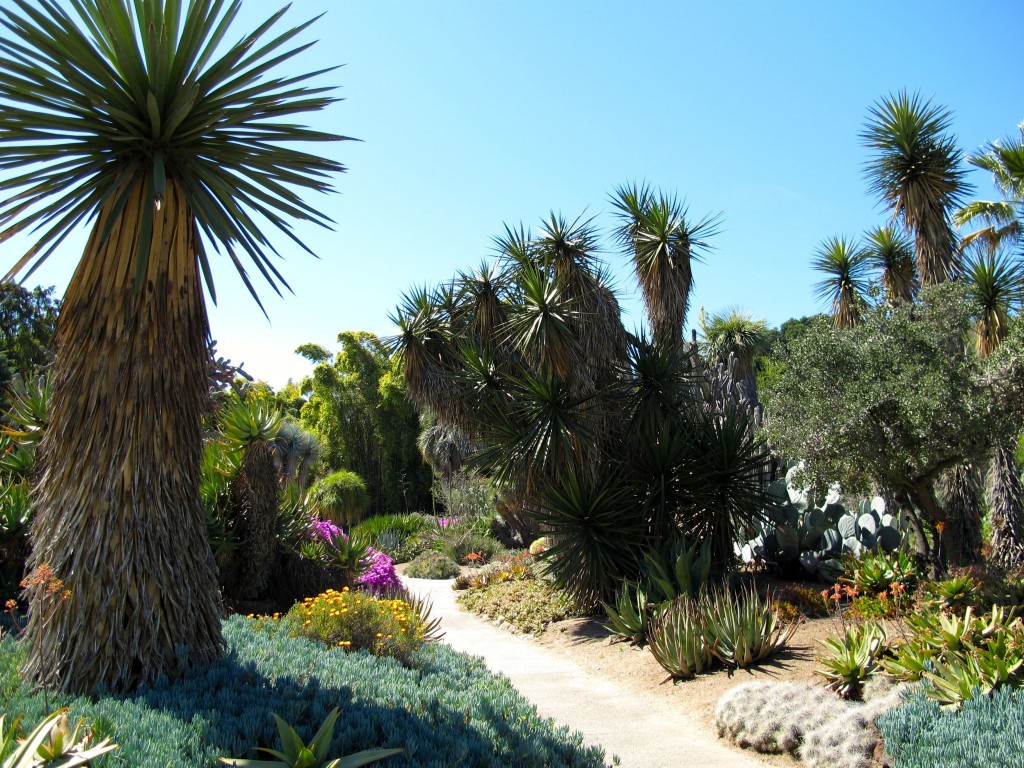 But, if we look at this stretch, we still have Joshua trees, yuccas, and aloes, but the ground along the path? Looks kinda nekkid, right? 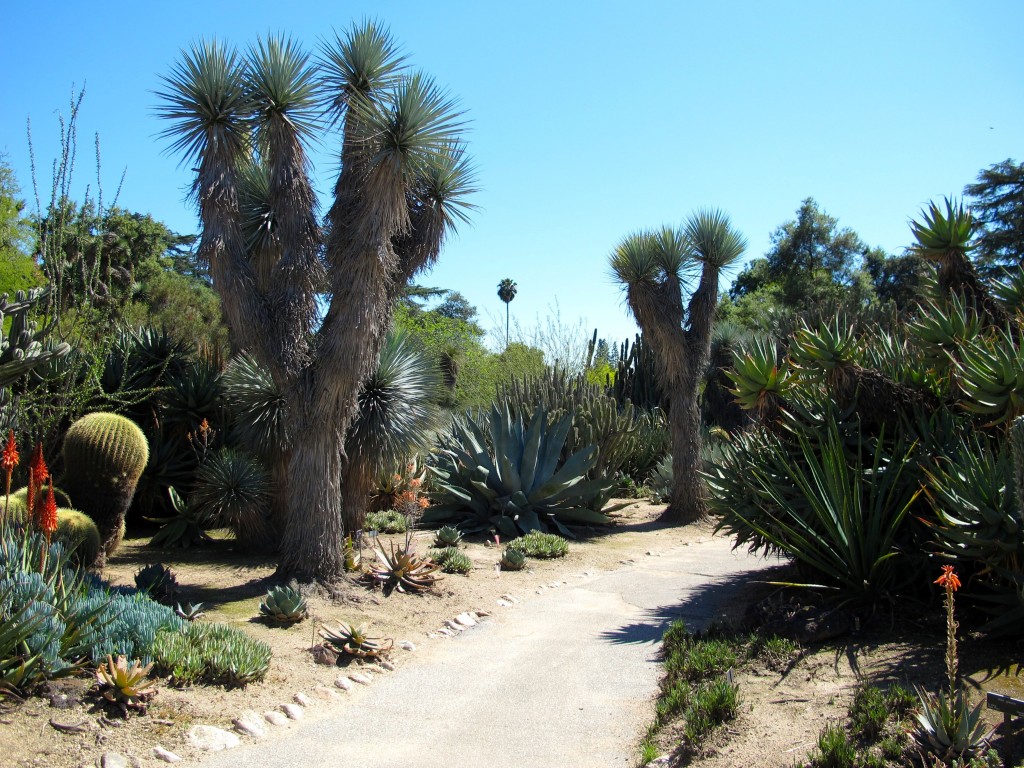 There’s this great garden on Willamette Drive in North Portland. I wouldn’t expect the conifer and dahlia side by side, but the groundcover knits them together. 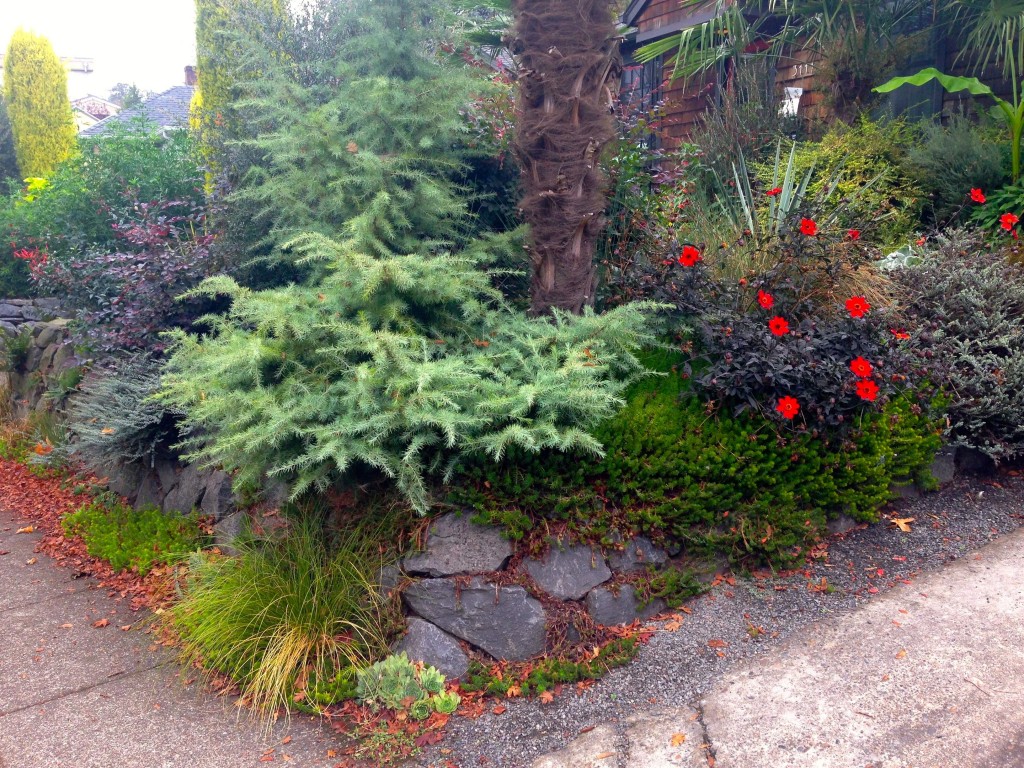 I’m pretty sure the reason this garden was pull-over-worthy was the golden ground cover. 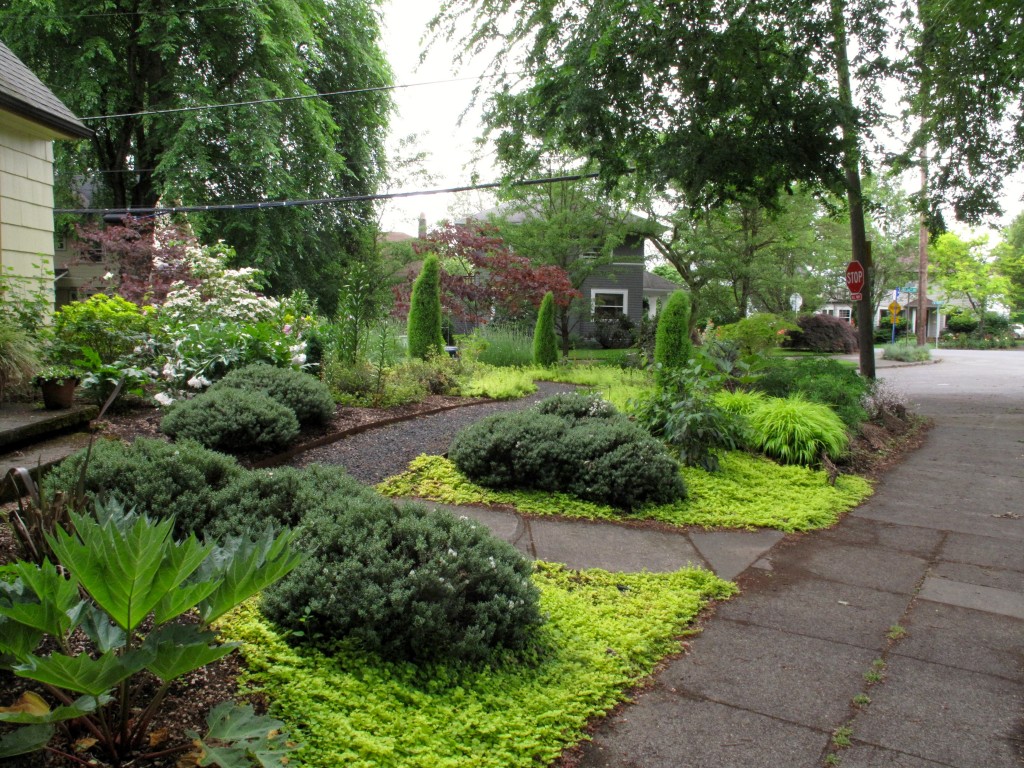 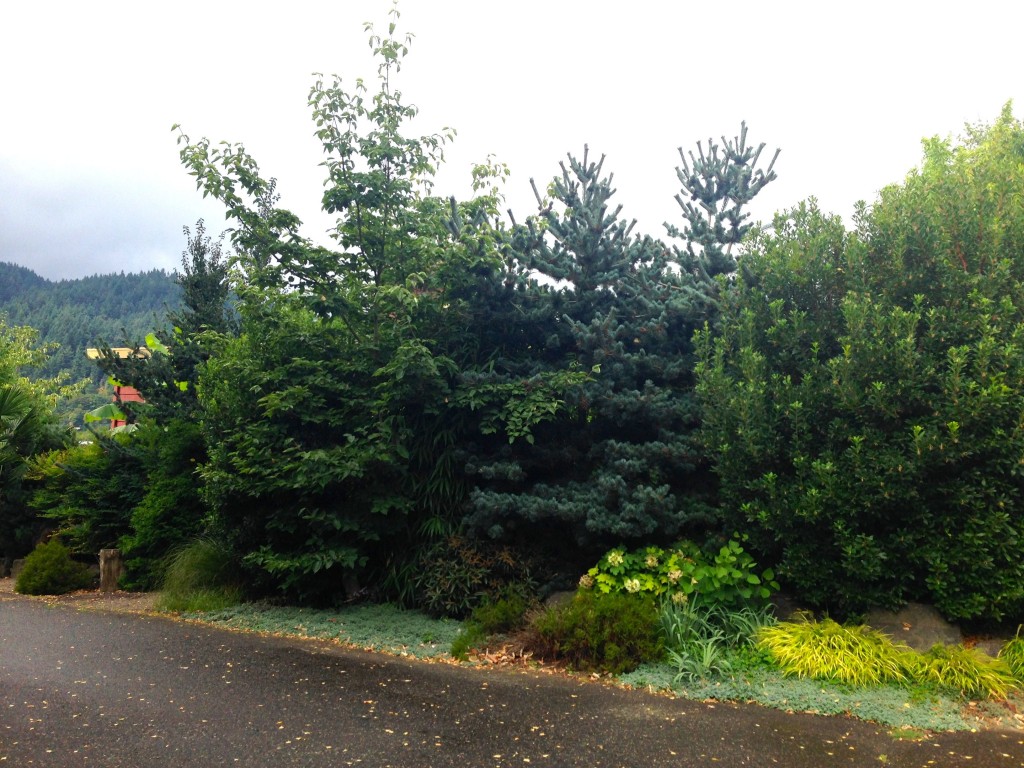 Acorus does an especially nice job tucking in next to a rock wall. 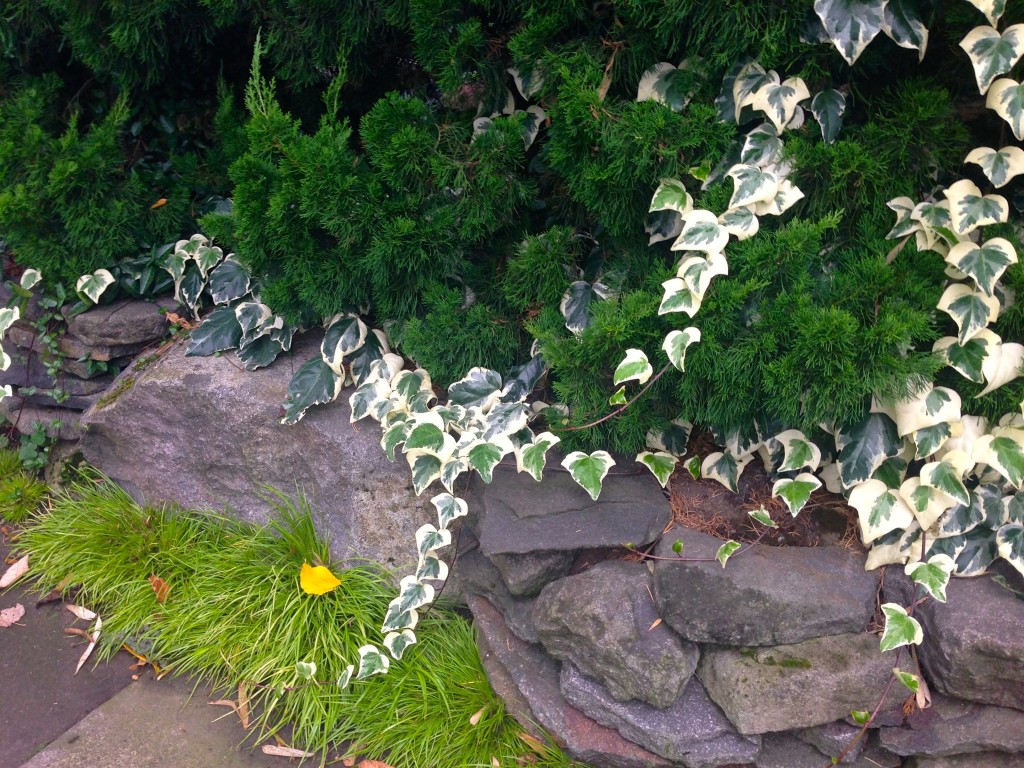 As does dwarf mondo grass. How sweet is this? 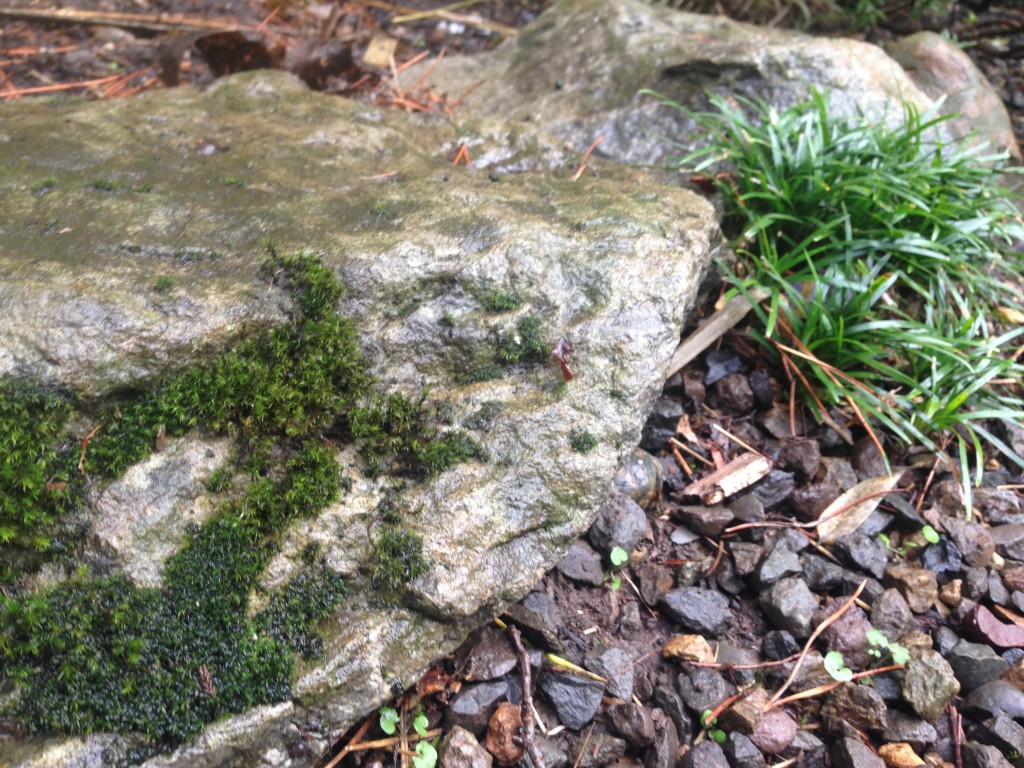 Back before my garden was all torn up, I loved the green river of Lysimachia nummularia even if it was so enthusiastic my garden helper ended up weeding it back a whole lot more than I would have hoped. Because it’s an irrepressible thug, it’s clawing its way back, and I’m inclined to let it. The one place it’s a little too much is near the bog, where the soil stays extra moist and it starts to crowd out pretty much everything else. Gotta stay on top of this one in certain areas. 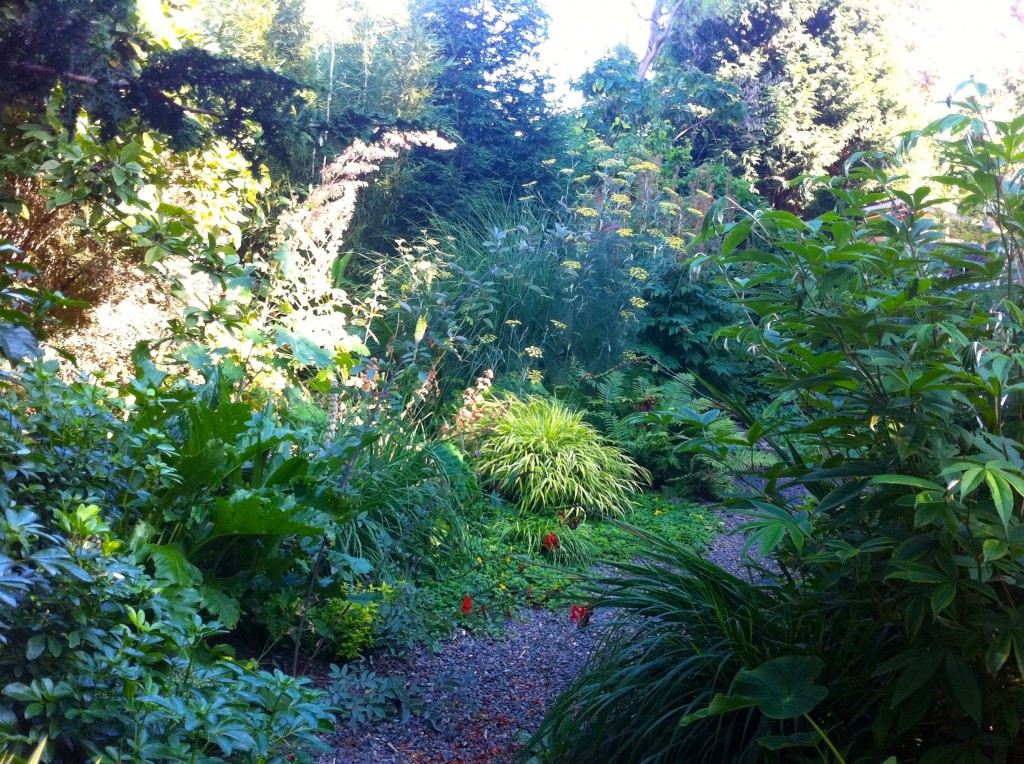 Another much loved, sorely missed semi-thug is the golden oregano. I love to divide and throw this around. Golden leaves make me so happy. 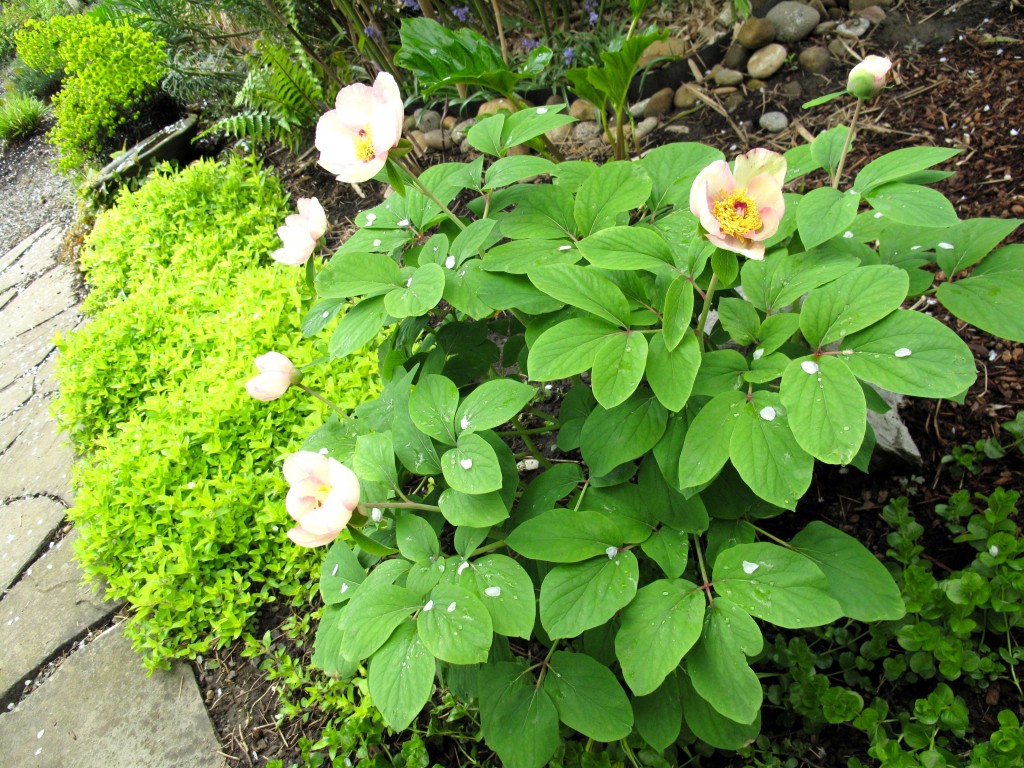 Another one of my favorite thugs is Euphorbia ‘Fen’s Ruby’. It’s so soft and feathery and good at filling in blank spots. If only it were evergreen, it’d be just about perfect. 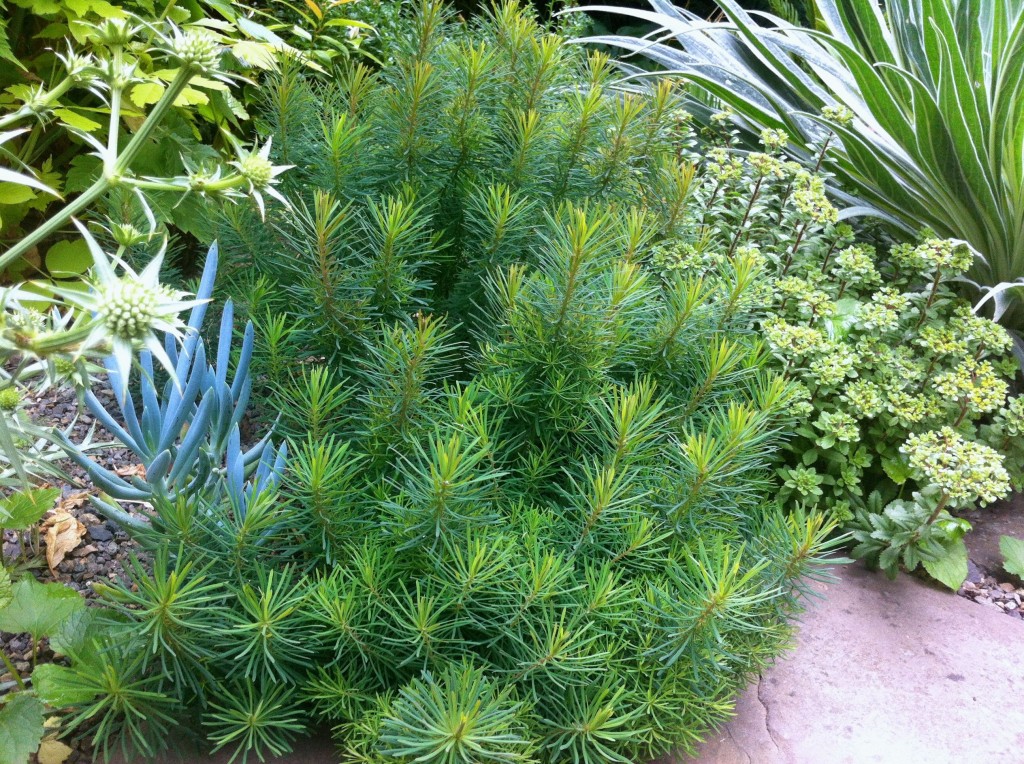 I wish I could remember whether this was my patch of Corsican Mint or Baby’s Tears because it was a great little spreader. I think this is one of the most flattering groundcovers ever. Since I don’t know which is which, I’ll have to get a bunch of each. And center stage, I’d consider Impatiens omeiana another great ground hugger. I’d put this on my top x plants, where x is exactly however many plants I can think of at the moment. 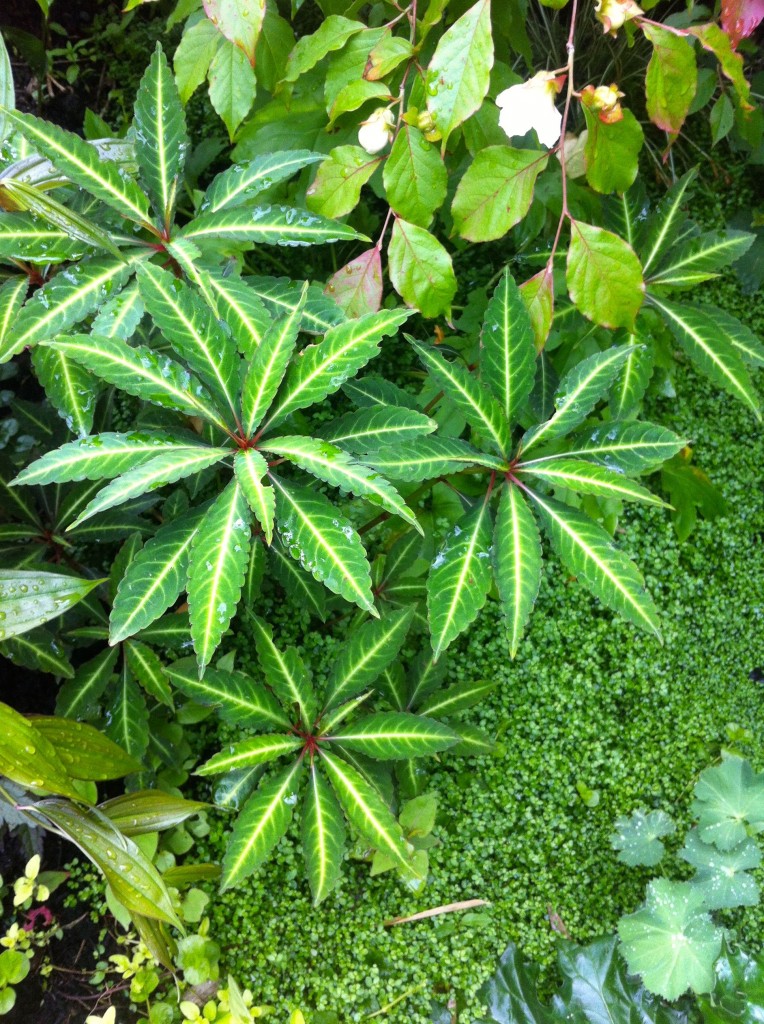 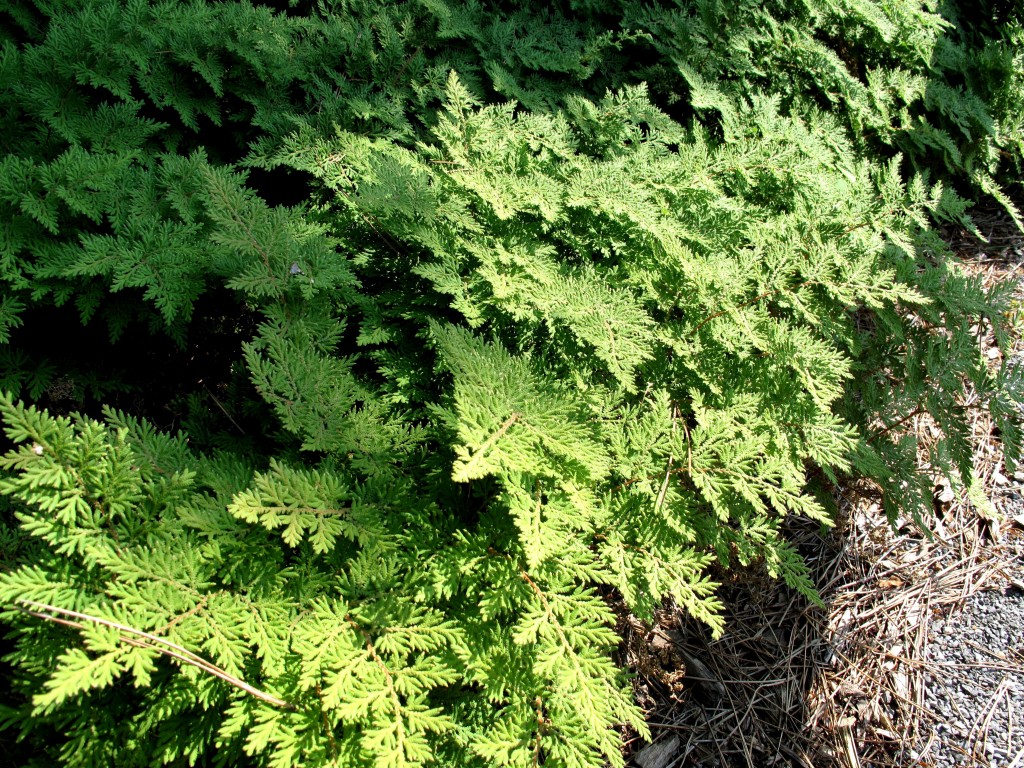 The other awesome thing about groundcovers is that they make other plants more photogenic. I can’t tell you how hard it was to photograph this little plant. I think this is Arthropodium candidum, but don’t hold me to it. But once I planted up some little friends (baby’s tears and scotch moss, I think), I finally got a good shot of it. 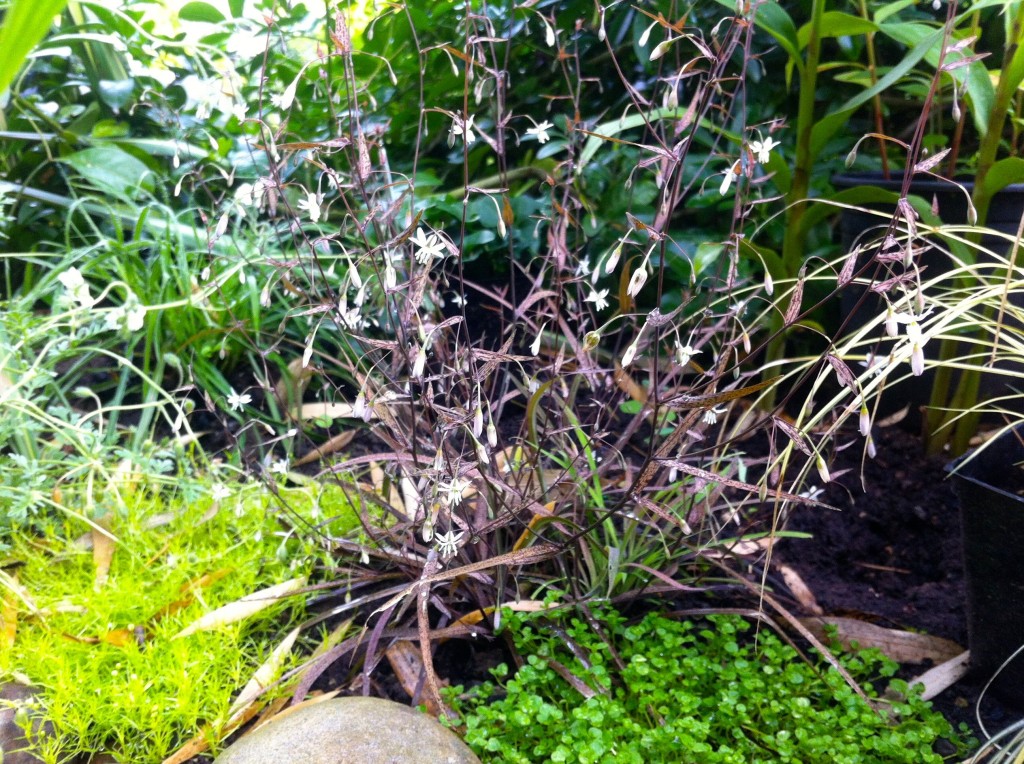 And if I lived in zone 9b, I would definitely mass plant Aeonium as a groundcover. Those succulent-growing-climate people are so lucky. 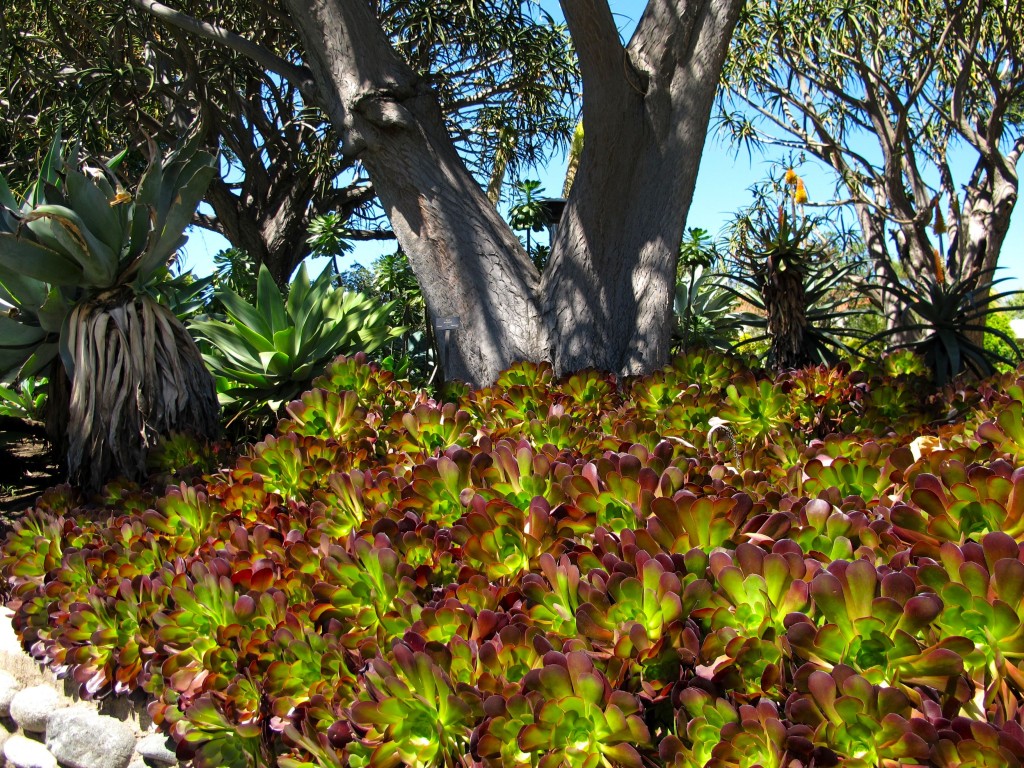 So this is the year of the groundcover in my spring planting plan. Tell me, any groundcovers you can’t live without?