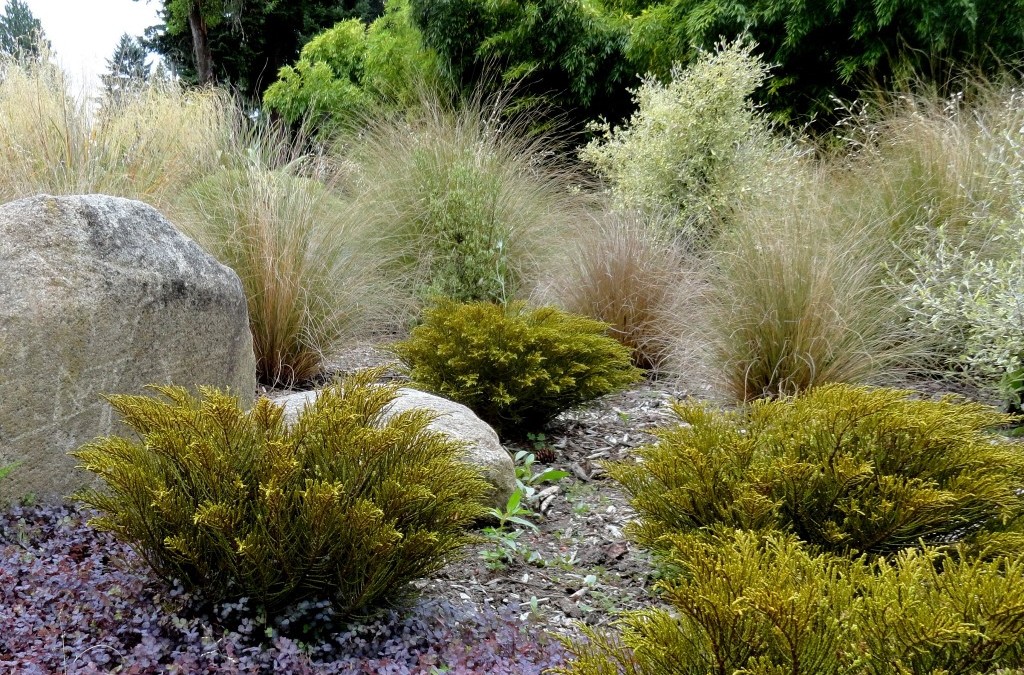 Last summer a small group of Portland garden bloggers played host to 80+ bloggers from around the world. It was a wonderful opportunity to show off our city and its amazing gardening community. In that group were the publisher and editor of my two favorite gardening/plant/horticulture publications, Jim Peterson of Garden Design and Lorene Edwards Forkner of Pacific Horticulture. 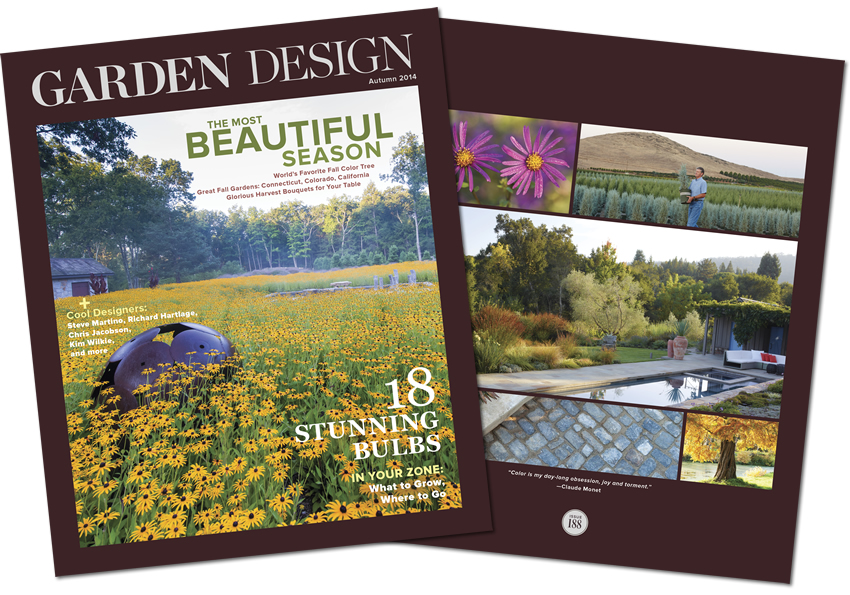 That event was the first time I’d met Jim and Valerie Peterson, of (the new) Garden Design Magazine. They were sponsors of the event and graciously donated magazines for the attendees. I was a subscriber to the old Garden Design but completely unprepared for just how fabulous the new magazine is, in fact I hesitate to even call it a magazine, it’s so much more than that (both Garden Design and Pacific Horticulture end up on my bookshelf, so I’m calling them books).

Something Jim said in passing has stuck with me, that it’s all about the experiences, that’s what we remember, the connections we make with fellow human beings. Gardening can be a rather solitary activity but through blogging, facebook groups, local garden clubs, and focused “in-person” meeting opportunities we make these valuable connections. Since publications like Garden Design and Pacific Horticulture help to introduce us to each other, and take us to gardens we might not have the chance to visit in person, I think they play a huge part in our shared experiences. 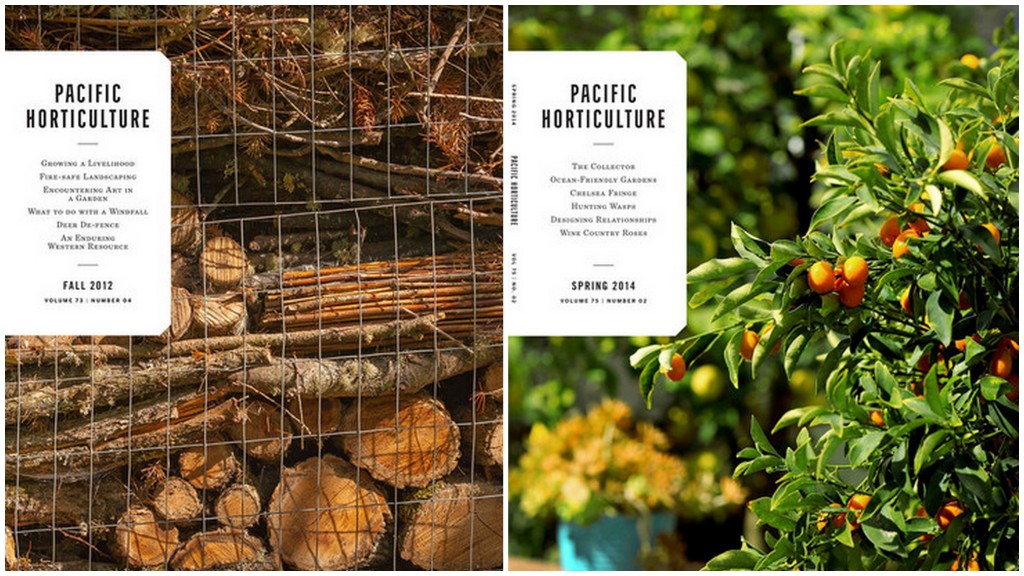 I first met Lorene Edwards Forkner, the editor at Pacific Horticulture, at a bloggers meet-up in Seattle back in 2011. Since then she’s become a friend whom I look forward to bumping into at several functions throughout the year. Admittedly the focus of Pacific Horticulture is the West Coast but this is a society that puts all of their content online, for everyone to enjoy! It’s good, oh so good.

A recent issue of Pacific Horticulture profiled part of a favorite public garden of mine, the New Zealand Forest at The Pacific Connections Garden at the Washington Park Arboretum, in Seattle. 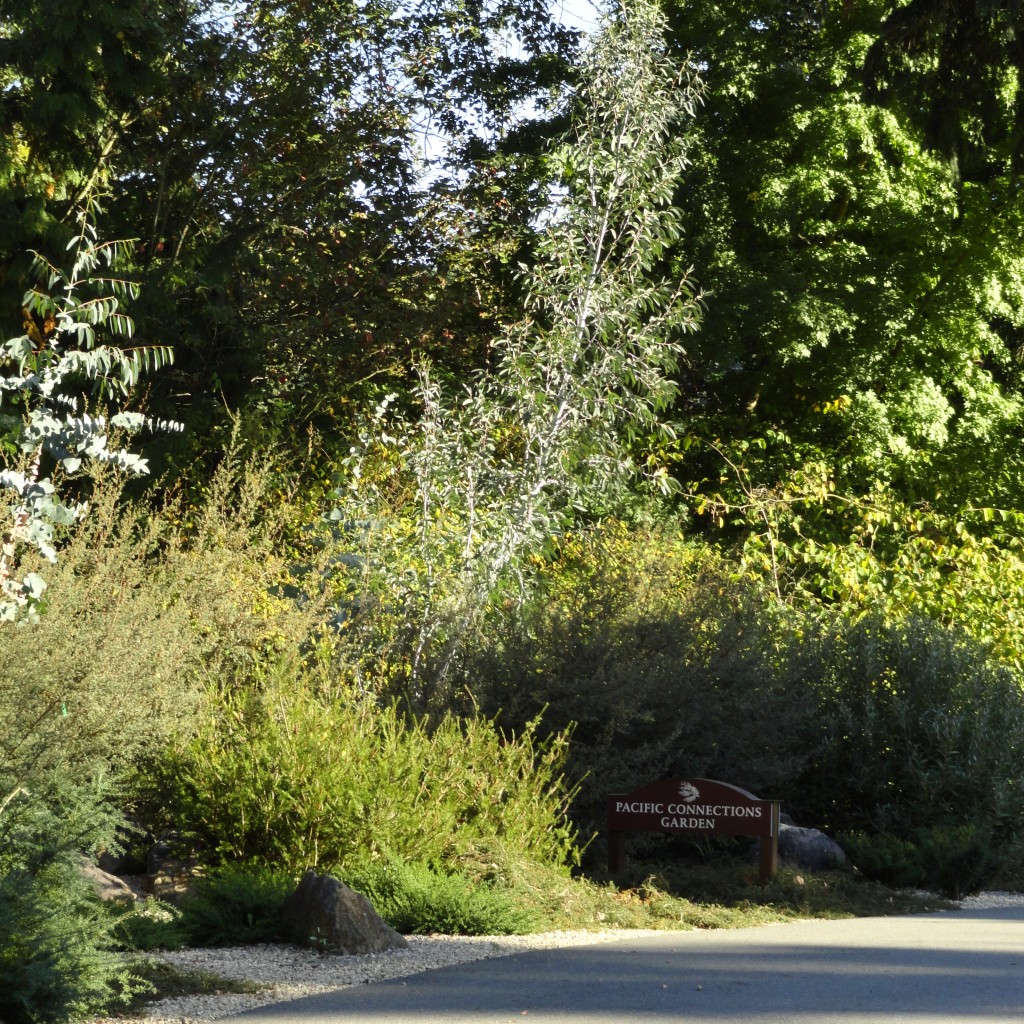 I’ve visited a few times and wanted to share some more photos from the garden. The following quotes have all been borrowed from the Pacific Horticulture article. 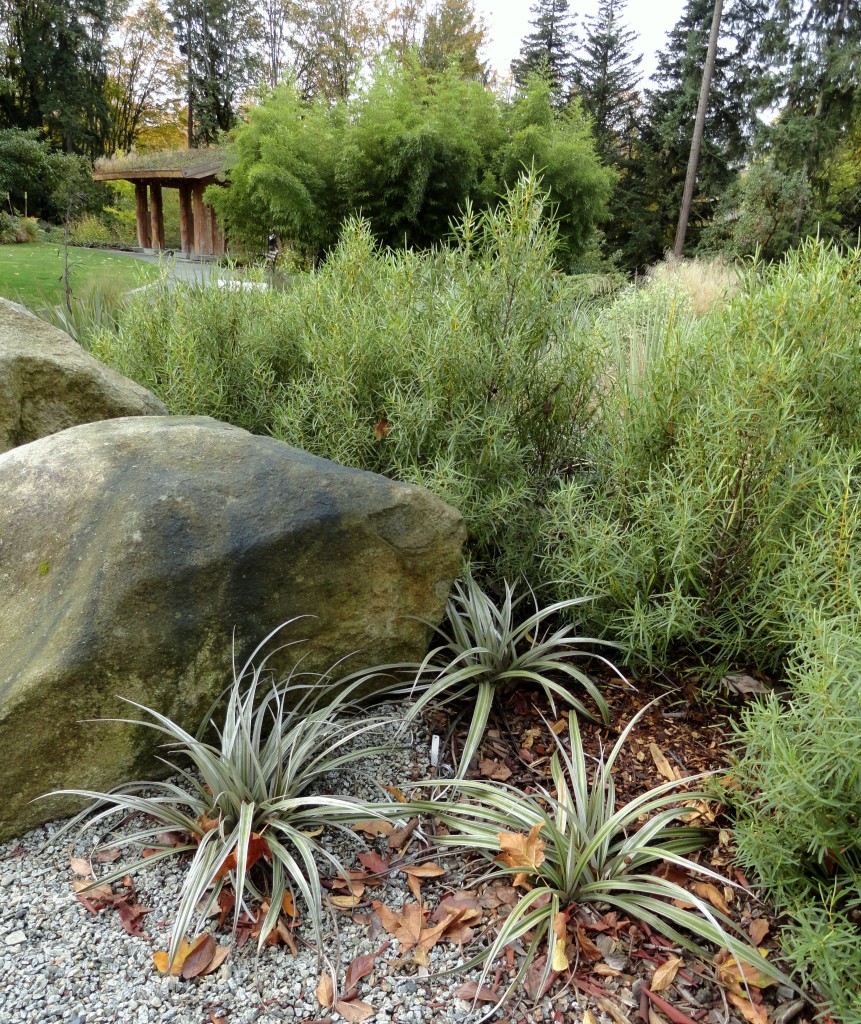 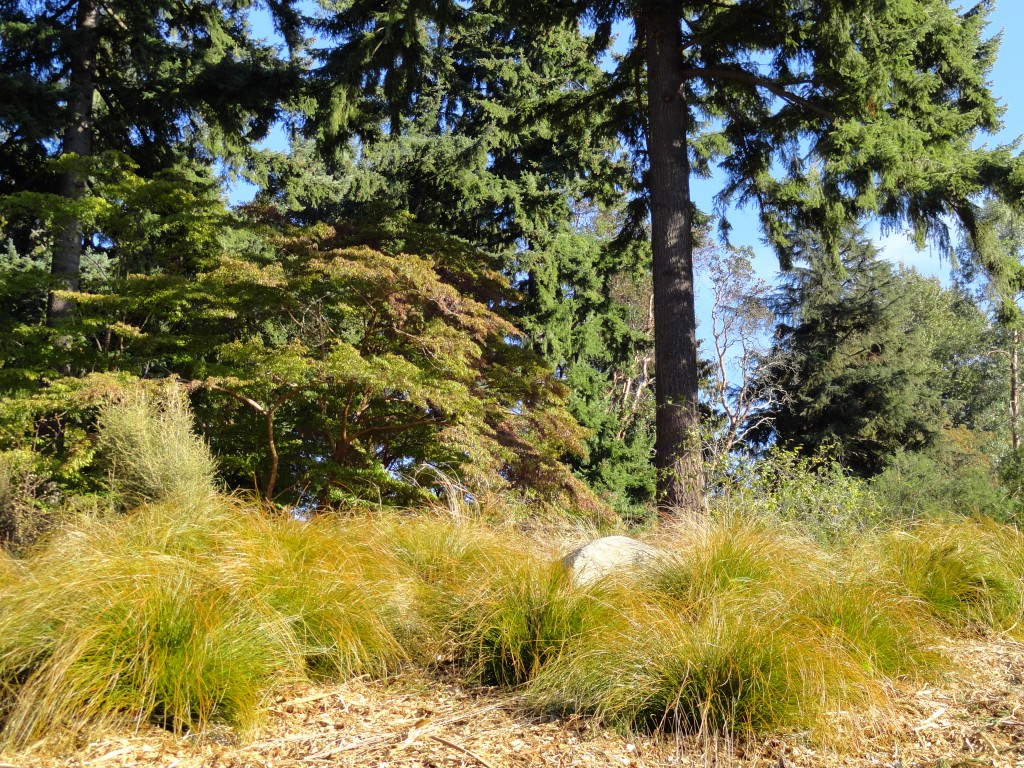 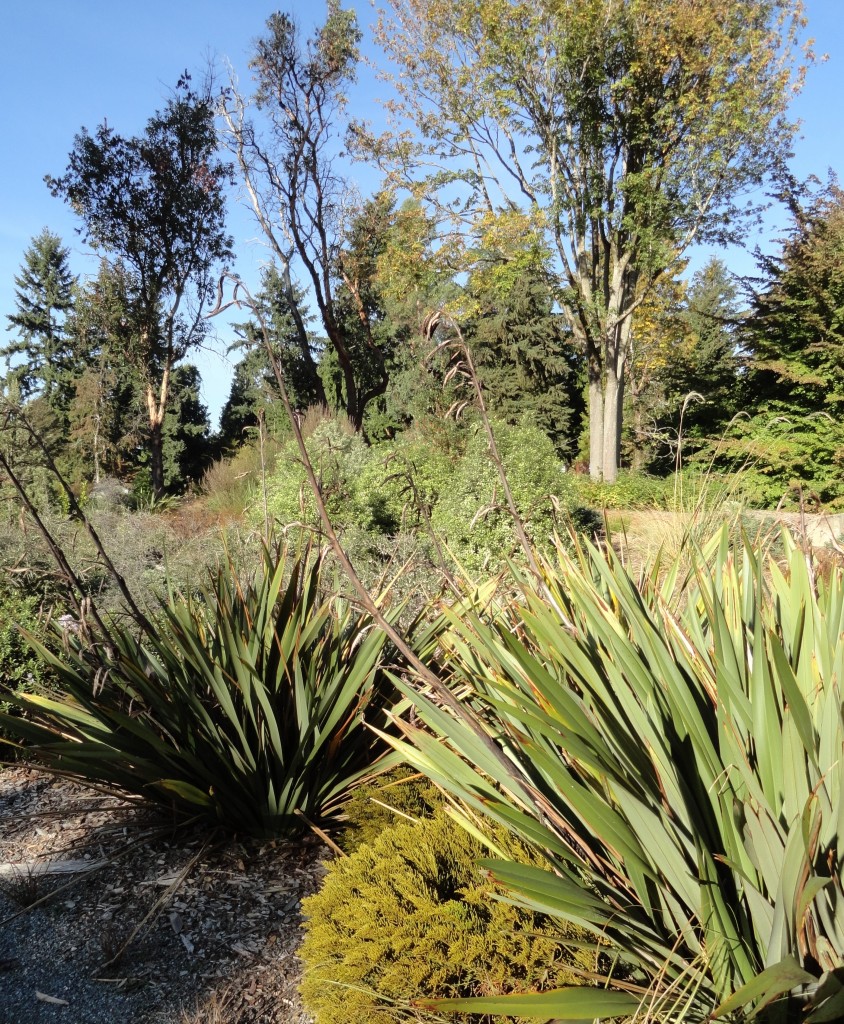 “Each planting in the new Pacific Connections Garden at Seattle’s Washington Park Arboretum focuses on plants from five different countries connected by the Pacific Ocean at a similar latitude to Seattle, around 48 degrees north or south of the equator.” 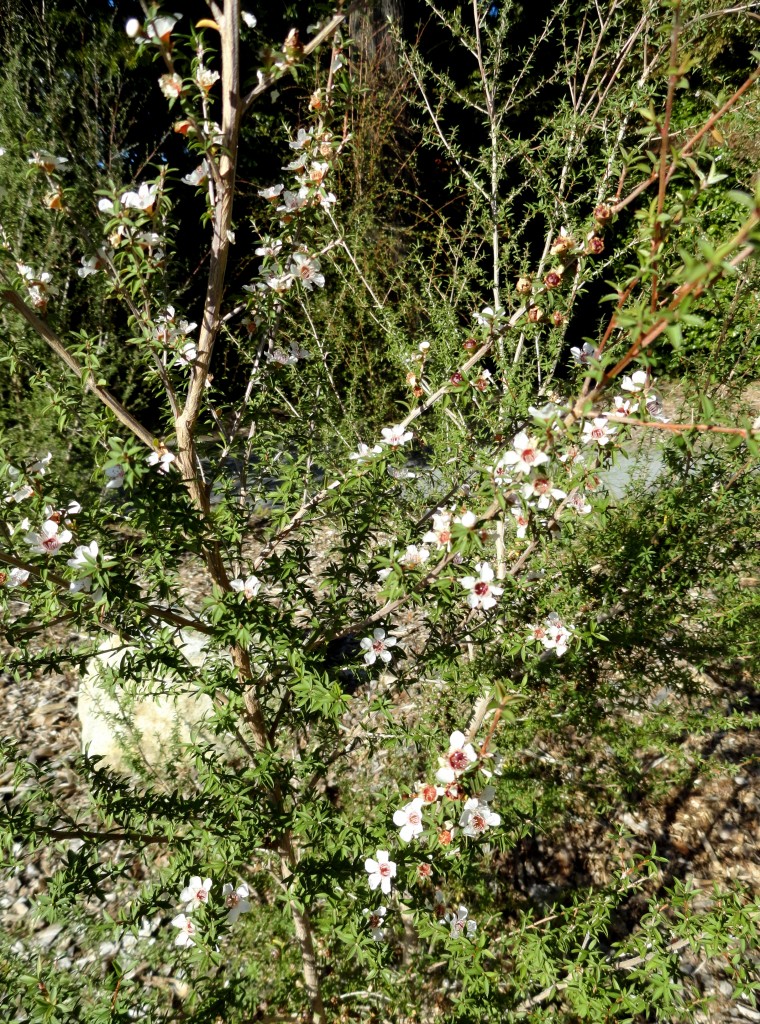 “Last summer, the newest of these five focal forests under development in the Pacific Connections Garden was unveiled. The New Zealand Forest is a two-acre site planted with more than 8,000 specimens endemic to the South Island of New Zealand that required the efforts of nurserymen in both countries to collect and grow these unique plants. The result is a living plant museum as well as a strolling park open to the public.” 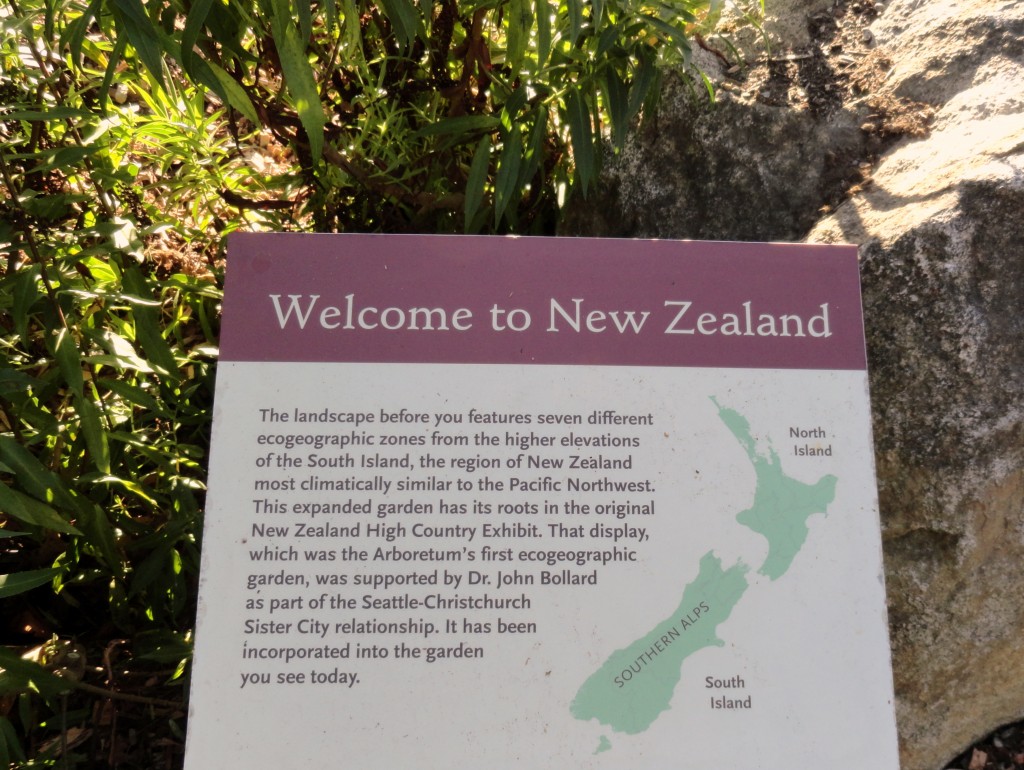 “A new stone stairway is set so each indentation or outcropping of the live-edge treads beautifully aligns with the next. The original boulder looks like it has been sliced and fanned out, an effect Mitton refers to as “butterflied,” linking the fore-edge of one tread with the next like the fanning of wings.” 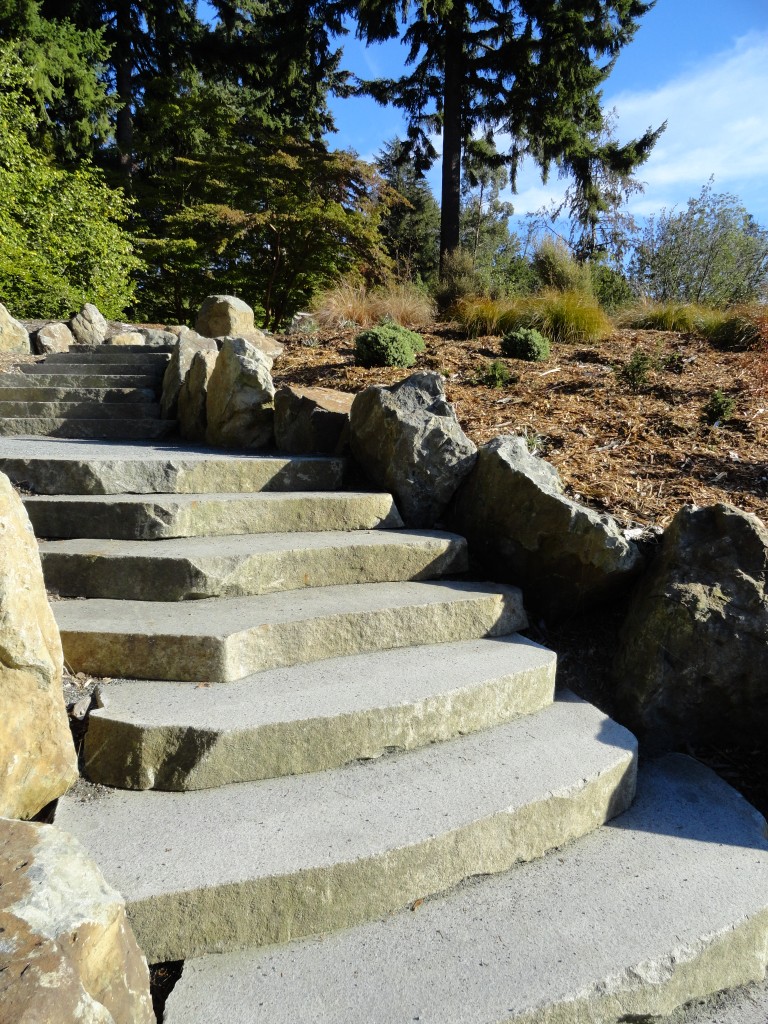 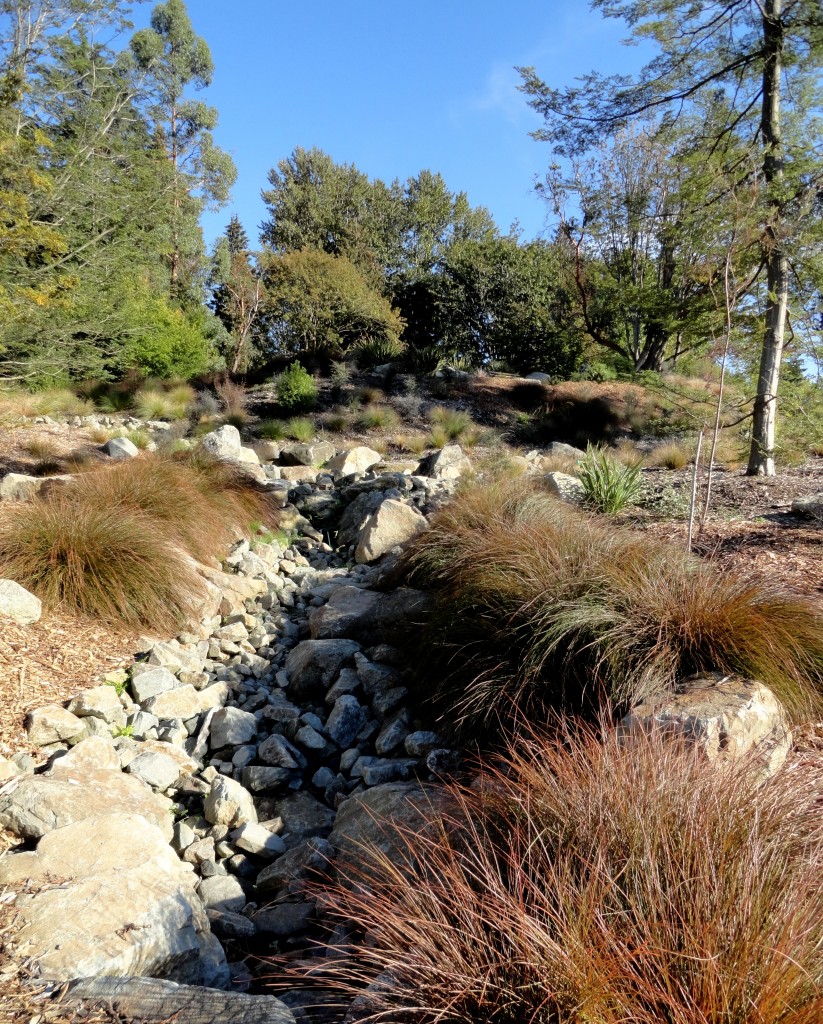 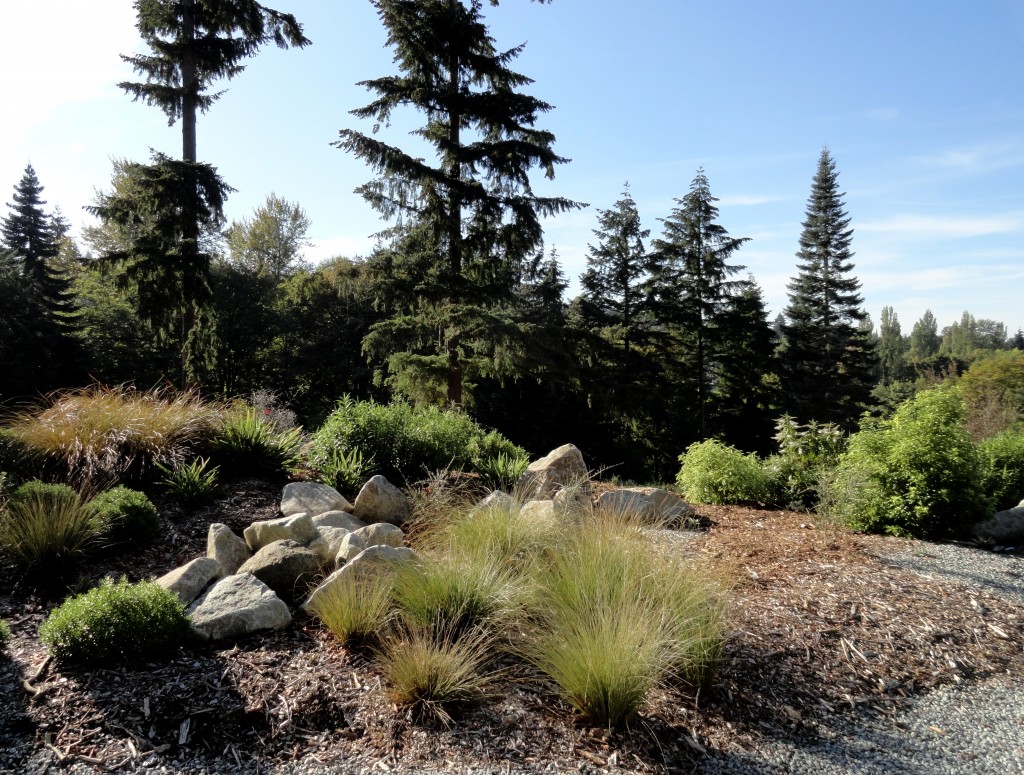 “Many of the shrubs and trees in the garden display a growth pattern known as divaricate branching, their slender twigs regularly bend at right angles creating a complex tangle while leaves are reduced to less than fingernail size. Divarication, which occurs in several unrelated species, including the wire-netting bush (Corokia cotoneaster), wire vine (Muehlenbeckia complexa), dwarf kowhai (Sophora prostrata), and black pine or matai (Prumnopitys taxifolia), is thought to be another form of defense against hungry browsers, and adds to the bizarre, unworldly look of the New Zealand landscape.”

How lucky are we plant lovers in the Pacific Northwest that we can travel to Australia, China, Chile and New Zealand just by visiting Seattle? I also happen to know many of the plants in this garden were sourced and grown by plant lust friend, and contributing nursery, Cistus. Connections, it’s all about making connections.