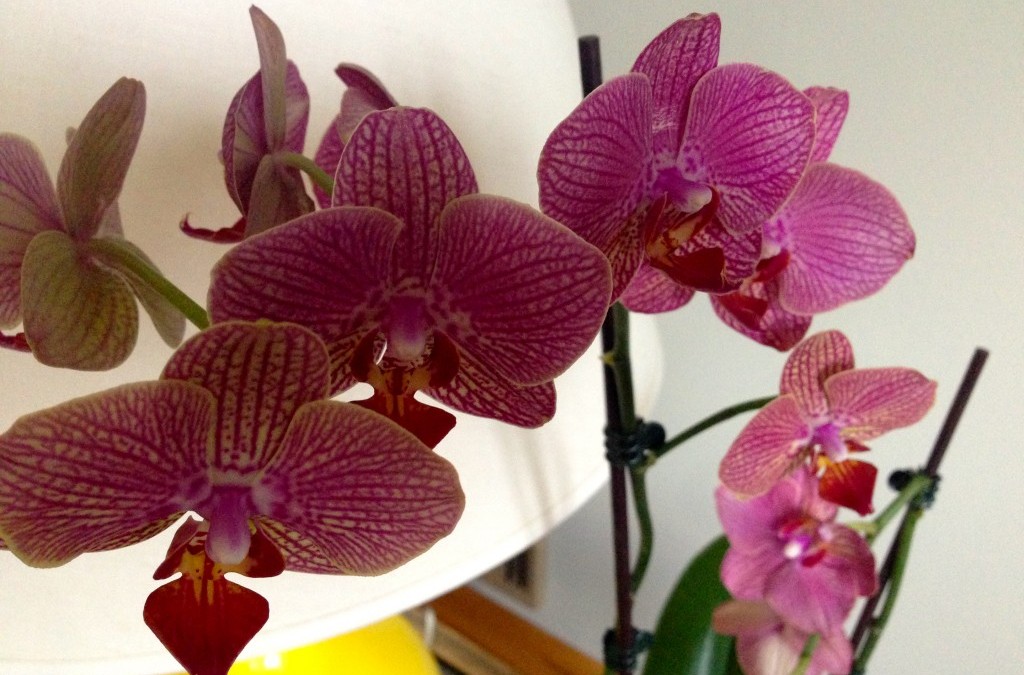 Throw a wee winter storm my way, and apparently I’m done with the garden. I thought I’d be better, get out there and do this and that. Then I told myself, it’d be a good time to turn my interest toward indoor plants. Some challenges have ensued. But outdoors, the speed with which I lose interesting is astounding. Does that happen to other people?

Of course, it doesn’t help that I yanked my back out of whack moving potted Tetrapanax before the first cold blast. I knew I should get the handtruck, but I had a rotten cold and was trying to be quick about it. Hahahaha. See, those local weather dudes got me again with the magic words, “Snow on the Valley Floor.”

When will I ever learn? 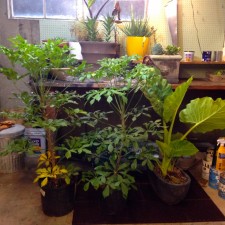 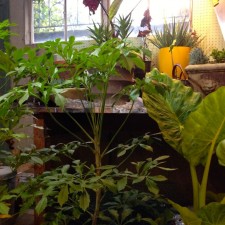 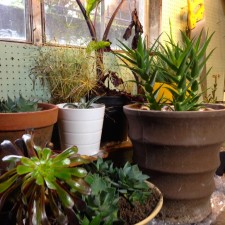 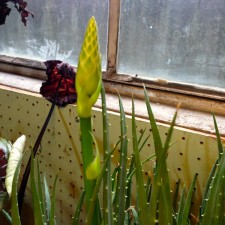 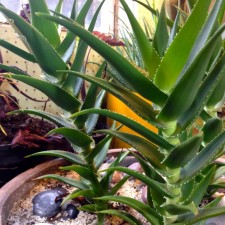 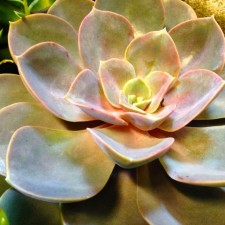 Meanwhile, I am making an effort to over-winter tender plants in the basement. It’s no Danger Garden operation, but I’ll be happy if I can shepherd a few through. The Aloe is down there throwing up blooms like crazy. My biggest problem is remembering to go downstairs and turn on lights in the morning—and then turn them off again at night. Poor things. They’re going to think they live in Alaska at the rate I’m going. I do have to say, I’m a bit surprised by how quickly everything dries out. Apparently I need to keep a close eye on them after they’re lugged inside. 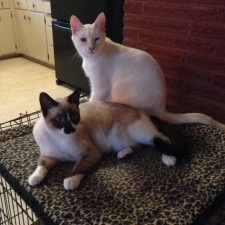 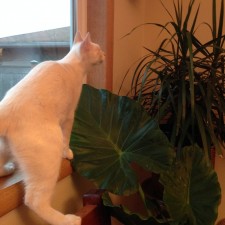 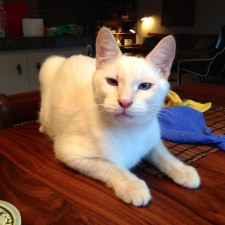 I’ve also parked a few plants on the kitchen counter, and some near the south-facing window in the dining room. Enter, two bad cats. For Pete’s sake, I’m like Mr. Mom wrestling the washing machine when it comes to those kitties. Ms. Posy Etta James doesn’t get caught in the act nearly as ofter as Mister Kitty, but I think she’s just sneakier. Except when it comes to the Orchids: she loves batting those around, and I have to remind her, “Hey, I’m right here!”

Mister Kitty, on the other hand, is in constant trouble. But he’s such a beguiling Lummox, it’s hard to be mad at him. 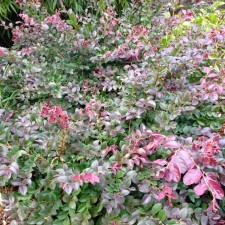 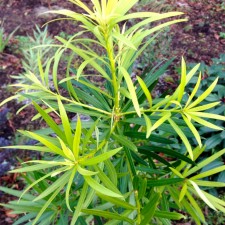 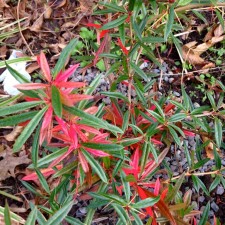 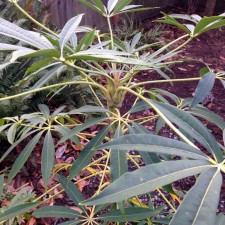 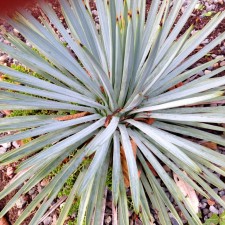 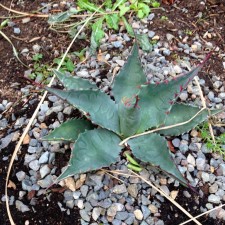 I did take a short cruise around the garden yesterday, and several things gave me hope. I may have lost my new Lagerstroemia ‘Natchez’. That was supposed to be the centerpiece of that garden. Dang. But I’m willing to try again.

As far as  wrestling the cats for dominion over the indoor plants,Ms. Gardening with Grace recommended that I provide them their own greens to nibble, a few potted mini turfs to rotate in and out. Isn’t that a great idea. Honestly, I mean to do it, as soon as I remember—right after I turn on the downstairs lights…