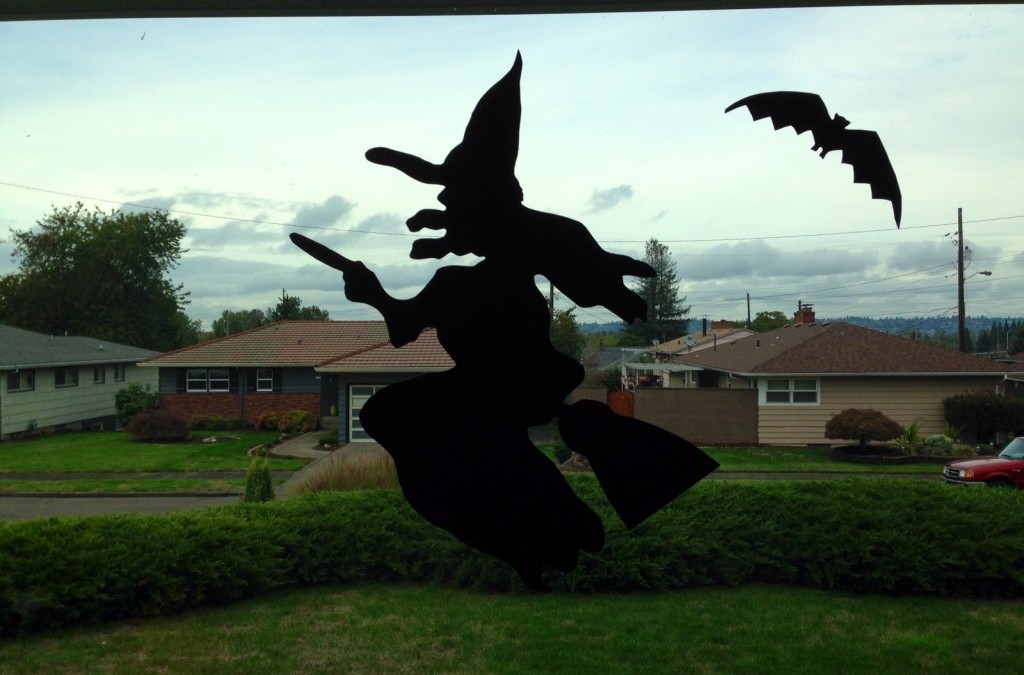 This Concordia neighborhood has the kind of trees and plants so common when I was growing up on Mallory Avenue—in the Boise Elliot neighborhood a mile away. Oh sure, people gardened, but other than my Grandmother who loved Dahlias, I didn’t know anyone with the kind of plant passion so many of us share today.

There were Monkey Puzzle Trees and roses, maples and elms, and tomato plants in summer. My grandfather loved tomatoes, and once produced a two-pounder. He grew clover as a cover crop, and told me he did it for the rabbits.

As a kid, I recognized the presence of Bergenias, though certainly not by name, and I knew Daphnes with their wafting wondrous scent. Perfectly rounded Boxwoods framed the steps of our front porch—my parents must have called out their names—and two Mountain Ashes straddled the front parking strip. We climbed heck out of those trees.

The Dodge family at the end of our block had a huge stand of Rhododendrons. I only knew that name because it was such a remarkable sight: people talked. We spent hours under the big Rhodie Dome, dividing its multi-trunked “rooms” between the boys and the girls.

Most yards, including ours, had Azaleas, Aucubas, and Camellias. Unlike the neighbors, however, ours once included a Marijuana Plant. My mother discovered it after my brother’s neglect, gave it some water, and ended up nurturing it back to bushy health—whereupon, it was stolen. My Mom wouldn’t have smoked pot in a million years, but she was mighty indignant at its theft. 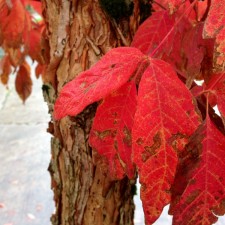 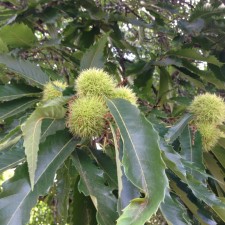 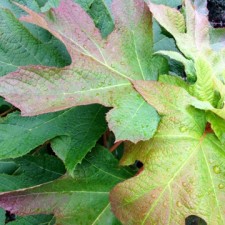 Now when I walk my new neighborhood, I’m so reminded of childhood. With Pumpkins peering from porches, and Mother Nature painting her lovely fall hues, I’m reveling in childhood memories. 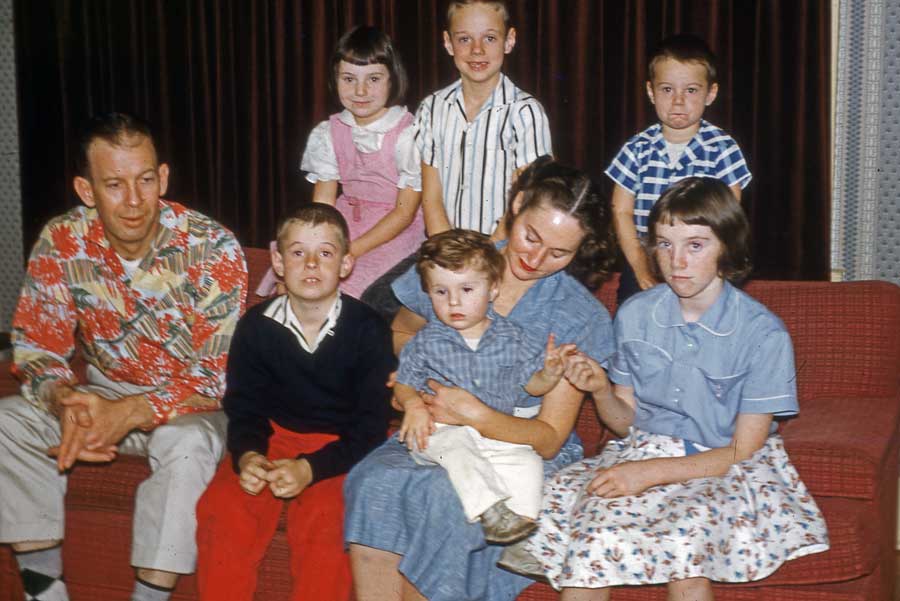 We lived in Holy Redeemer Parish, which meant no shortage of children. Hundreds within a few blocks. We were a family of six kids, and on the small side for the parish. People across the street had ten, and around the corner, a family with fourteen. You could play from sunup to sundown. And since most moms were home, a kid out for hours on end was no cause for alarm. Some mom’s eyes were always upon you—or so they had us believe.

The mystery of the three-tailed cat was cracked one fall, when the team of kid detectives discovered two tails bound with a shoelace. It was news enough for a neighborhood newspaper, and in typical journalistic tradition, credit was given two non-participants in our weeklong hunt. On Halloween, our neighbor Rosy Horn dressed as a witch, and handed out kittens. But when kitten treats ran out, Rosy became less amenable. That got us young sleuths seriously debating the source of those spare tails.

Was gardening mania present way back then, and I just didn’t notice? Or was it really so much shrubbery and grass. I suppose we’re seeing that transformation before our own eyes today, so it must have been true to some extent. Was that all part of postwar American Dream, food gardens replaced by coiffed lawns, and now back the other way?

My husband’s family had a huge vegetable garden in rural Connecticut where he grew up. To hear him tell it, he spent the better part of his youth in that garden. He swore that as an adult he was never going to weed again—or polish his shoes Saturday night for Sunday Mass.

I’ll certainly give him a pass on shoe shinning chore, but the vegetable garden and weeding thing, we’re still in negotiation about that…