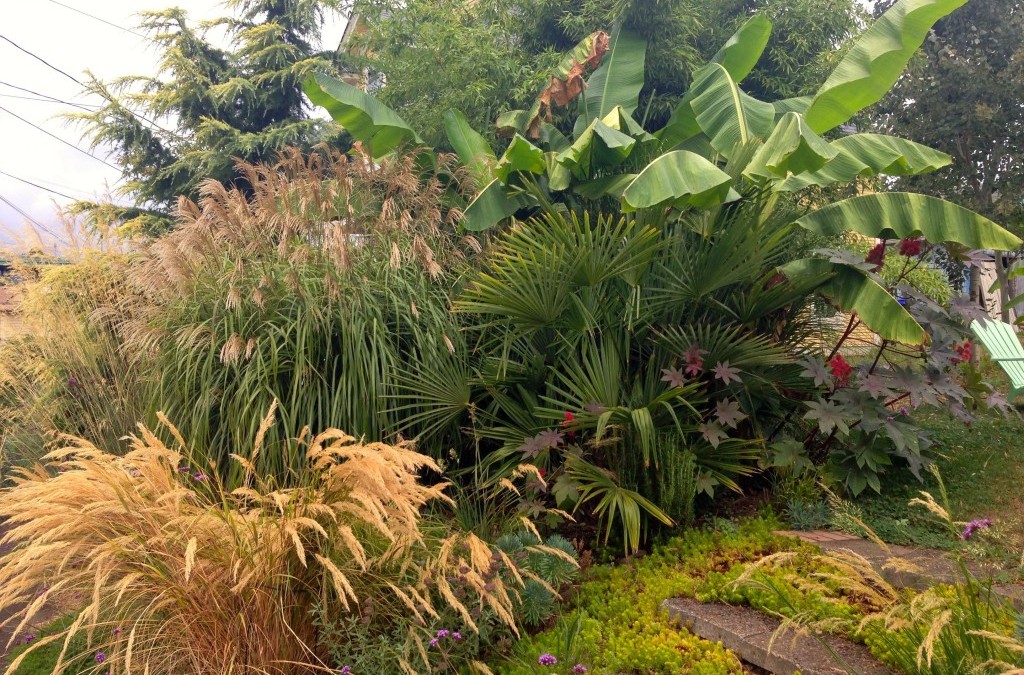 Last week, I showed off a spectacular mature garden I stumbled across in St. Johns. In my back pocket, I also had photos from the house across the street to share with you this week. Come to find out, Loree recognized the neighborhood and she had posted about the very same garden across the street back in 2011, so we can see it back when it was freshly planted, and fast-forward to what it is today. How cool is that?

It took me a while comparing shots to make sure I could believe my eyes when I was comparing the house and garden. The house color has changed, but spending some time comparing the view, the surrounding homes, and my best memory of the garden art placement, I think we are indeed seeing the same garden in these two shots, from a similar angle, but I think Loree took the 2011 photo standing further up the hill. 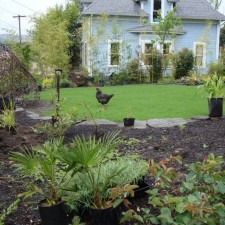 There’s patch of earth across the unimproved roadway which looks like the same gardener’s handiwork. There was someone working in the yard, but they looked like they had their hands full with a project so I didn’t muster the nerve to ask. 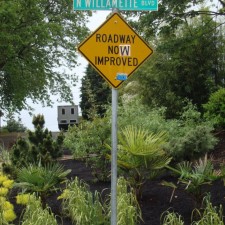 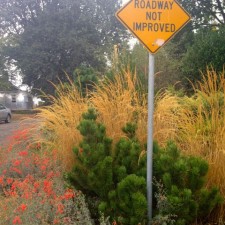 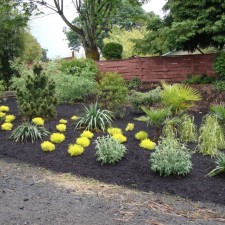 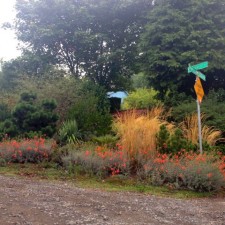 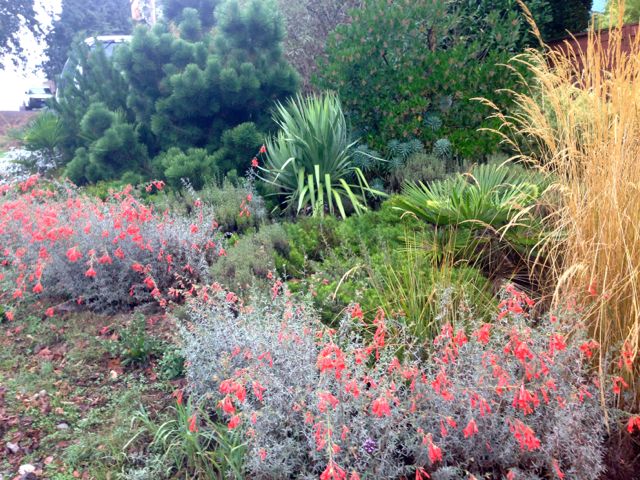 I always like to see what makes it and what doesn’t. I think the pines, Calamagrostis, and yuccas are from the original planting, while the Leonotis is no longer around. I believe there is still a Trachycarpus in the mix although it’s hard to see, but it seems like it must be new since the original would be bigger by now. 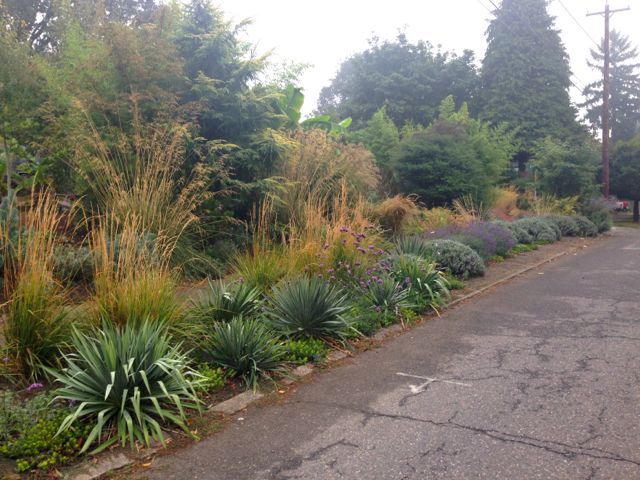 Around the corner, they’ve got a parking strip to add to the mix, and it’s equally exuberant. You might imagine the plantings have completely eaten the sidewalk… 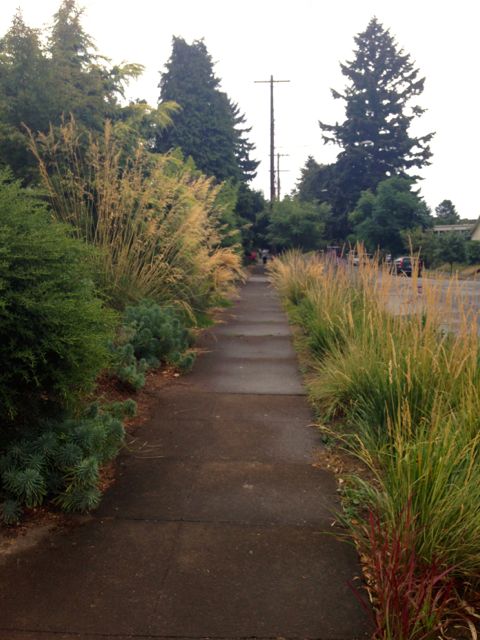 But no. Plenty of space for the sidewalk. The parking strip has nice tidy upright plants like calamagrostis and verbena bonariensis as the tall skinny minnies that dance around in the wind but don’t get too floppy. 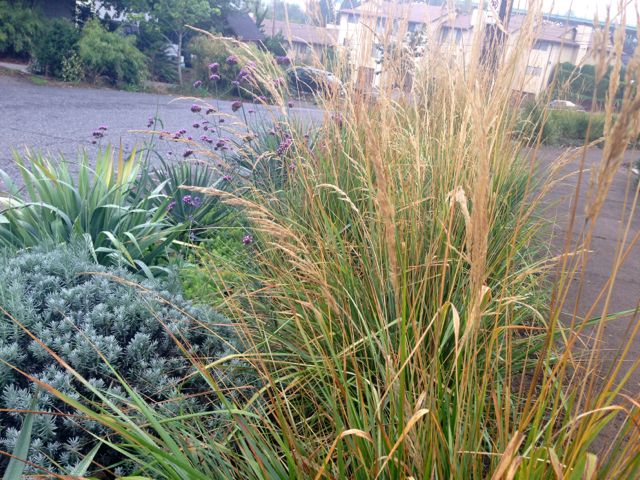 Another closer look at the parking strip. 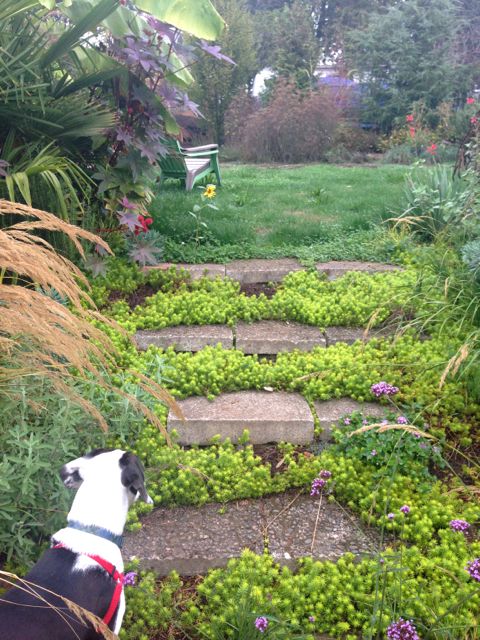 Even Pokey found the view rather inviting.