getting plants planted, or not 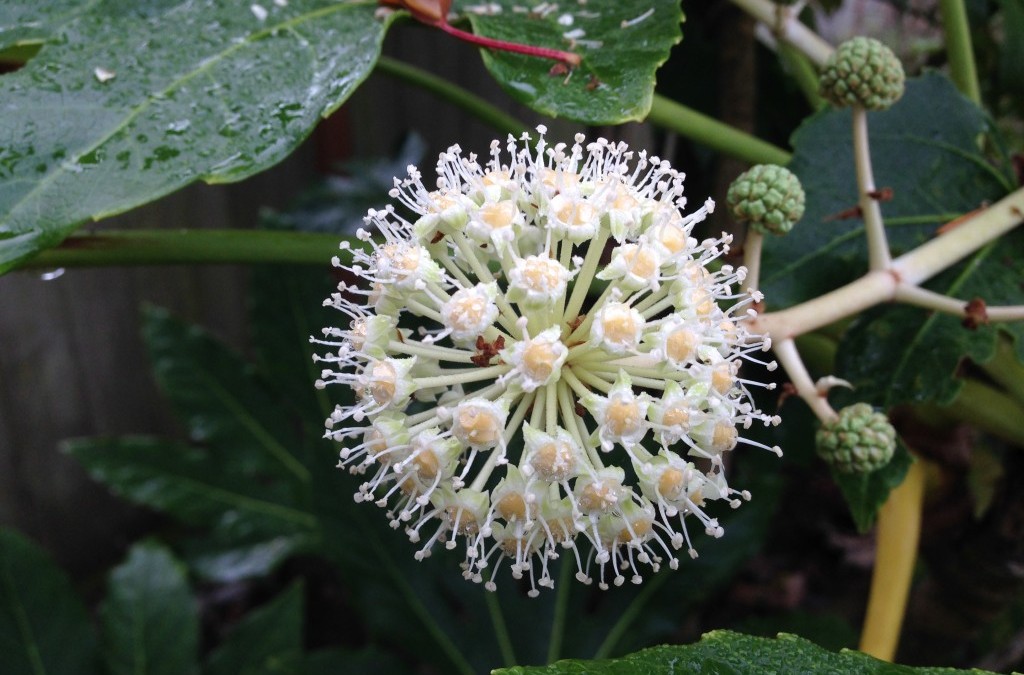 Does anyone else get nervous when November rolls around. In theory, I love the going-into-winter season. But it seems once we hit that 1st day in November, the rest of it comes thundering through faster than you can shake a hot toddy at it. That doesn’t even count tasks left to do in the garden. I did manage to get outside yesterday, with box of kleenex in hand. I curse you: sore throat, runny nose, and insistent cough.

I should have known how many plants I’d yet to put in the ground. After all, I’m the one who bought them. But I’m happy to report, I got at least dozen planted–with just a few more in waiting. I can’t say they were brilliantly sited, but as I told my friend Tim Vojt, I can always move them in the spring.

I’ve also been planning to move tender plants inside. I even cleared and cleaned the space for them. And, I managed to get a few inside.

And on the bloom too. dammit.

And now it’s back outside.

Last winter, I managed to get this Aloe inside, and same thing. Put up these fabulous bloom stalks, and then attack of the critters. (Aphids, you think? I don’t know my bugs–nor can I identify from the damage they leave behind.)

So dang it, anyway. But look at it after another summer outside: rebounded. Now I’m thinking I may just leave it out there, along with the Echevaria unless a serious emergency arises.

Is that a thing, whisking plants inside in the nick of time? They’re just steps outside the door–with nothing to worry about once they come in except the maniacs.

It hasn’t gotten cold enough in Portland to start counting losses, but I know the day is coming. That’s how it rolls around these parts–from too hot, to too rainy, to too cold–with woefully little transition in between. And then it’s time for the annual shoulder shrug, glass of bubbly, and a self-soothing reminder: plants that don’t make it are annuals.